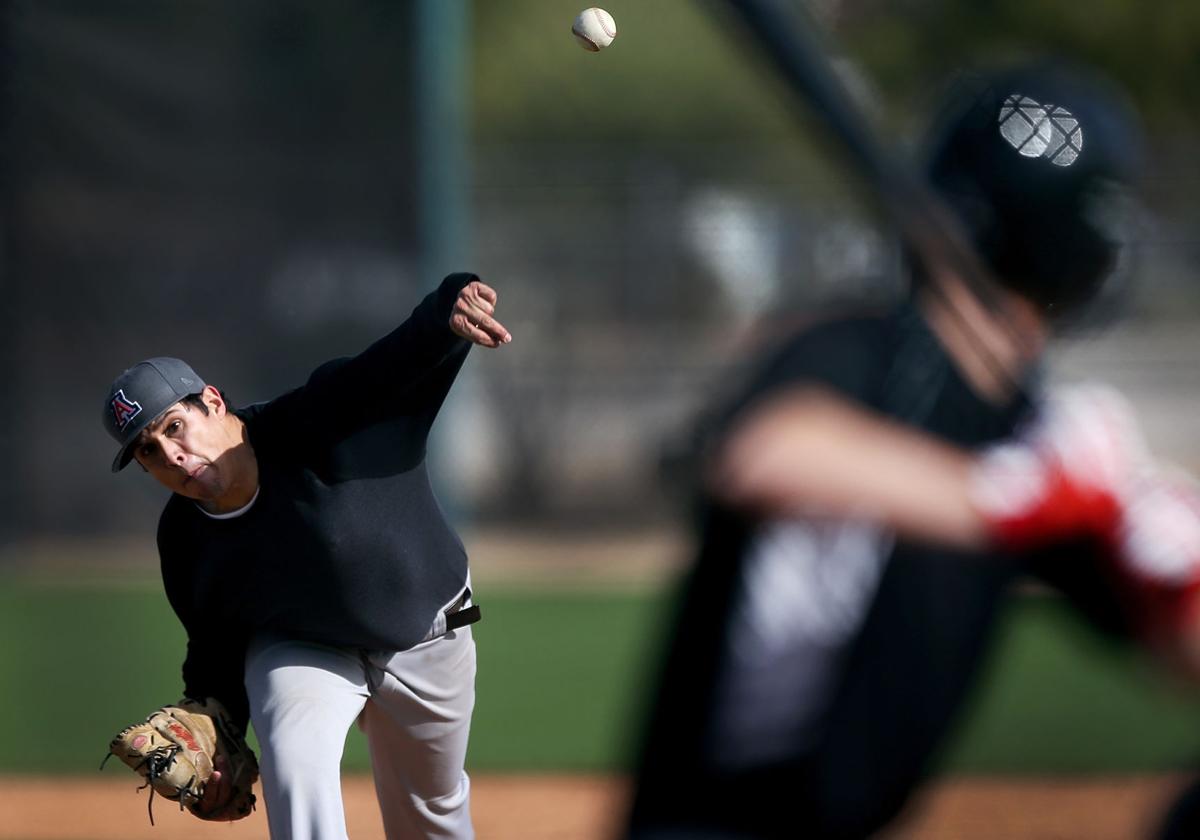 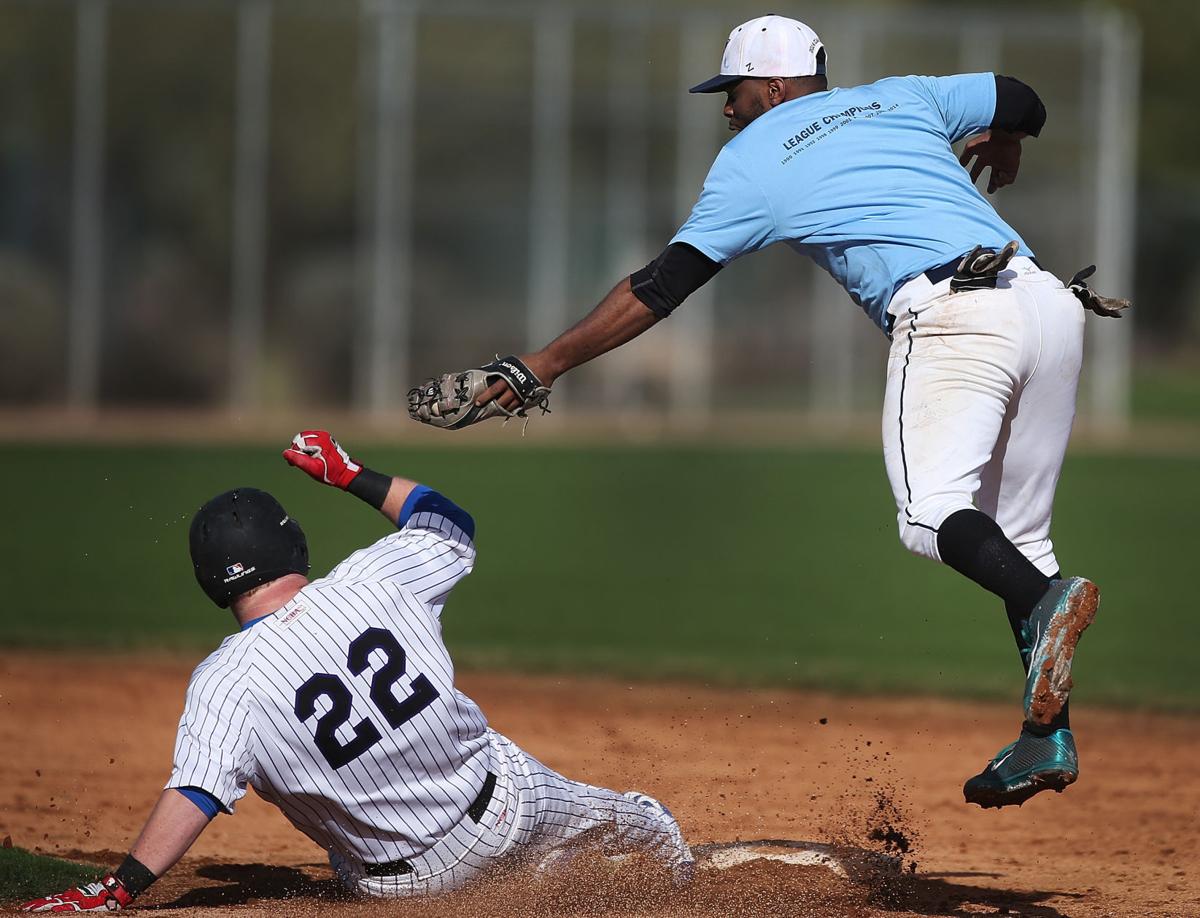 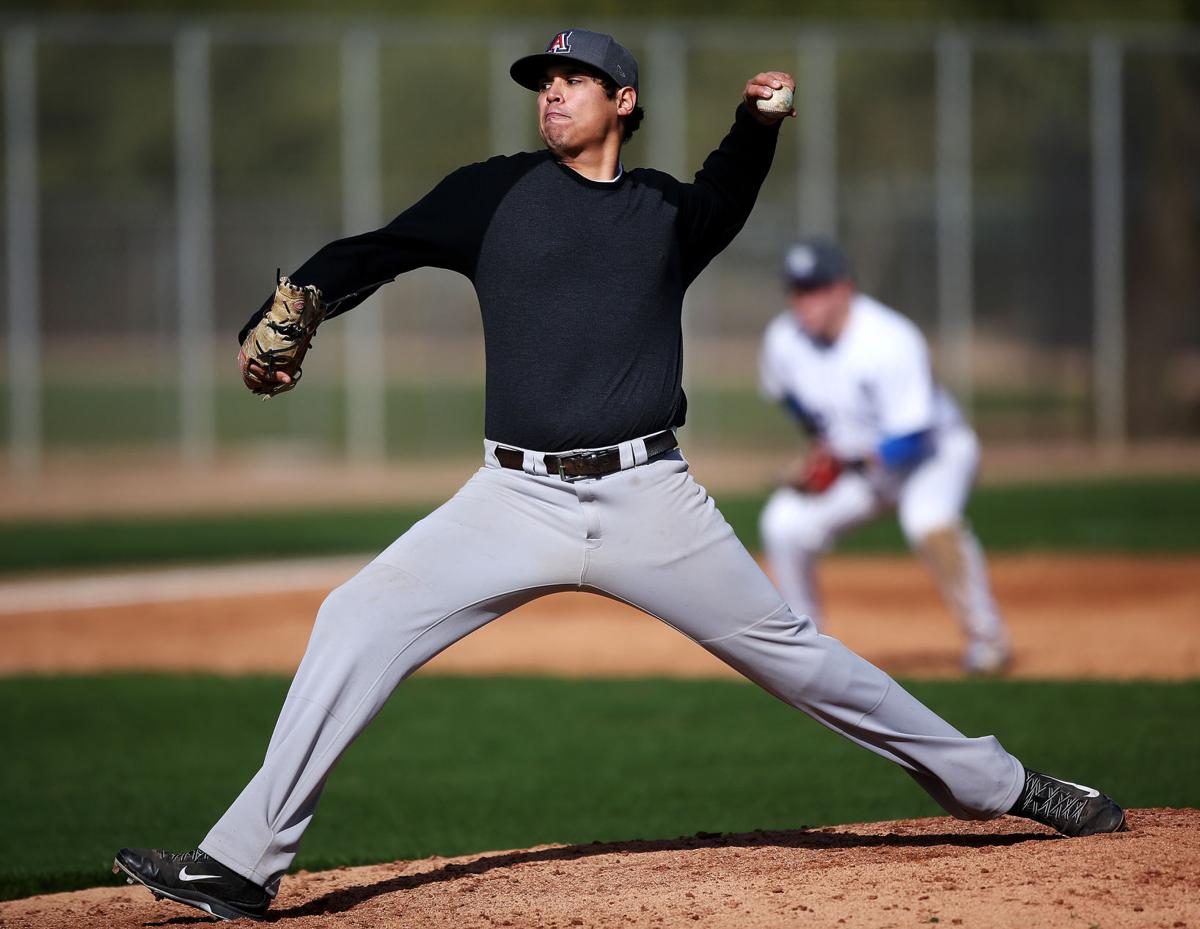 Joel Brockmann works for an avionics tech company in Tucson. But, he says, “you never lose a passion for” baseball.

The hulking left-handed pitcher is 30 years old, more than a decade removed from his time at Sunnyside High School and Pima College, yet he trudged onto the Kino Sports Complex Field 4 baseball diamond on Friday afternoon to give it one more shot.

He’s come down to try out for the Pecos League champion Tucson Saguaros, if only to give it a go.

“This is very serious,” Brockmann said. “The oldest major-league rookie was, what, 36 or 37? I’m seven years removed from that, so why not give it a shot? If nothing happens with it, that’s OK. But if it does, great.”

They make movies of these kinds of stories, if they pan out. All of them, every last one of them, begins with the tryout.

To prepare for the three-day event — which, Tucson manager J.D. Droddy said, is the first of its kind for the league; typically they do one-and-done tryouts — Brockmann has pitched in a Tucson men’s league, hoping to regain the form he had when he went from the Aztecs to St. Catharine College in Kentucky.

He’s been getting back into shape for almost half a year now after learning about the tryout on Facebook from a friend who followed the Saguaros. Brockmann has been monitoring his diet, doing exercises, pitching more and more. Mainly, he’s honed his mental and emotional game, and he felt ready for a weekend in which he’d be poked and prodded, timed and analyzed.

“This is for the love of the game,” he said. “It gives meaning to a whole lot of things, gives you something to look forward to. At best, the major leagues tell us that if you fail seven out of 10 times, you’re a Hall of Famer. You have to accept failure before you can succeed.”

So he’s out here on this chilly, breezy day, surrounded by more than a dozen kids roughly seven or eight years younger.

Brockmann works in sales for an avionics technology company in Tucson, but, he says, “baseball gets in your blood and you never lose a passion for it, whether it be playing, coaching or just being around a ballpark. What other sport gives such an even playing field for everybody?”

On Friday, that even playing field was at Kino, where, commissioner Andrew Dunn said, players would be judged on exit speeds, 60-yard-dashes, in-and-outs and arm strength across the field.

“I’m a numbers guy,” he said. “Whatever I see here, I go back and see their college record, and see if they make sense together.”

What Droddy doesn’t want is to stumble upon a fluke who only shows up in December. He’s looking for a verifiable player to compete with other players who are all scratching and clawing to move from independent to organized baseball.

For Droddy, this is as much a passion project as it is a calling; he got his start in baseball managing late in life, and he lives for the analysis of players, the building of the team.

“If a guy’s got a good average, I look to see who he got his hits off of,” Droddy said. “If he fattened up his average against bad pitchers, that doesn’t impress me.”

The most wonderful time of the year: Complete list of all 43 college football bowl games

Joel Brockmann works for an avionics tech company in Tucson. But, he says, “you never lose a passion for” baseball.