JJ Nakai left her hometown of Flagstaff for the first time in 2017, when the Coconino High School star committed to play for Pima College’s nationally ranked women’s basketball team.

Leaving home was a must if Nakai wanted to continue her basketball career. Her hometown college, NAU, didn’t initially offer her a scholarship. When Loree Payne took over as the Lumberjacks’ head coach in April of Nakai’s senior year of high school, she made recruiting the guard a priority. But Nakai had made up her mind: She was leaving.

Nakai was determined to prove to both NAU and all other Division I schools that she was the one who got away.

“I was always considered to be the underdog. That’s what helped me make my decision to go the juco route,” Nakai said. “I wanted to make a name for myself and prove people wrong.”

Mission accomplished. In two years at Pima College, Nakai became the Aztecs’ all-time leader in points (1,397) and assists (442) and was the first player in program history to be named the ACCAC Player of the Year.

In her second and final season at Pima, Nakai averaged 24.1 points and 6.7 assists per game.

Nakai left her adopted home of Tucson in the summer of 2019. This time, she went ever further away.

Nakai signed with Nevada, a team in the Mountain West Conference.

“Everyone wants to get away from home,” she said. “I was like, ‘You know what? Maybe I should go a little farther.’ ”

Life in Reno wasn’t what Nakai (literally) signed up for, especially on the court. Nakai played in 21 games, averaging 3.8 points per game. She made just one start and averaged 14.3 minutes per game.

“It was just really different,” Nakai said. “They were more about slowing the ball down and run something every single possession. It wasn’t my type of play.”

Nakai isn’t a ground-and-pound combo guard that’s going to run a half-court offensive set. All her life, the 5-foot-7-inch Nakai has been a scoring blur — a style she picked up while living minutes away from the Navajo reservation.

“Rezball” is a fast and chaotic yet fundamentally sound way to play. Nakai often attended and played in basketball tournaments on the reservation growing up.

When Nakai turned on her TV, she saw the Phoenix Suns doing something similar. She became obsessed with coach Mike D’Antoni’s “Seven Seconds or Less” offense, with no-look passing legend Steve Nash leading the way.

“That was my go-to whenever I watched basketball,” she said.

It was hard for Nakai, who grew up admiring Nash — and Allen Iverson, too — to adjust to Nevada’s system. The guard said she learned from her experience, even though she decided to leave after one season.

“I didn’t have a lot of things go my way and I learned how to cope with it and keep pushing,” she said. “The things I took away from Nevada have given me motivation to this day. Even though Nevada wasn’t the exact situation I wanted, I still took a lot of things away.”

Nakai left Reno after one season. Home was calling.

The guard transferred to NAU, giving Payne — the coach who had recruited her hard out of high school — the recruit she first sought three years later. Nakai is the first Flagstaff native to suit up for the ’Jacks since Teresa Diaz did it in 2005.

The NAU coaching staff welcomed her back with open arms. And the NCAA granted Nakai a waiver to play right away, making her an instant part of the Lumberjacks’ fast-paced attack.

“She needed to spread her wings and get outside of the state,” Payne said. “Fortunately for us, it didn’t work out, and now she’s here. … There was no doubt she was going to be able to contribute to us and be one of our main contributors especially scoring-wise. I could just see how her game fit our system really well so that was really exciting for us.”

Through the first two games of the COVID-19-affected season, Nakai has emerged as one of the top scorers for NAU (1-1). She is averaging 19.5 points per game and has shot 4 of 7 from 3-point range.

Nakai was a bright spot for the Lumberjacks in Sunday’s 76-63 loss to the No. 7-ranked Arizona Wildcats in McKale Center. The senior scored 17 points in 38 minutes, all while guarding All-America point guard Aari McDonald on the other end of the floor.

UA coach Adia Barnes was impressed with what she saw.

Nakai is “a really good player,” Barnes said. “She’s got floaters, she can score, I really like her game. She was hard for us to guard a lot of times.”

Returning to Tucson was a moment Nakai will never forget. The city was where she grew from a small-town scoring star to a legitimate Division I prospect.

Nakai’s basketball accomplishments make her a recognizable figure in Flagstaff, and every so often a local will say hello to her at a gas station or on the NAU campus.

A few years ago, Nakai was itching to get out of Coconino County. Now? Being home isn’t so bad.

“Having my family there every day and them having my back and supporting me is another plus,” Nakai said.

“Just continuing everything I’ve learned over the last couple years, I’m taking everything in, and I just want to win a championship for my hometown.”

Wildcats, Bruins will continue recent rivalry when they open Pac-12 play on Friday

The game will mark an early test for a UA team that's never been ranked this high before. Coach Adia Barnes says the Wildcats will play like they have a lot to prove, even though they're the higher-ranked team.

Yuma Catholic handed Pusch Ridge its lone loss of the season so far, a 14-7 defeat in early October. Since then, the Lions have ripped off seven straight wins, including last week’s 35-6 rout of No. 5 seed Wickenburg in the state quarterfinals.

Arizona Wildcats’ rushing output has eroded; these numbers illustrate how and why

Cats Stats: Sack losses have hurt the UA’s rushing totals, but there’s more to it than that.

CDC's new guidelines could be good news for Wildcats, all of college basketball

The CDC issued new guidelines Wednesday reducing quarantine time for those sidelined by contact tracing from 14 days to 10 — or just seven if coupled with a negative test, as long as no symptoms are present. 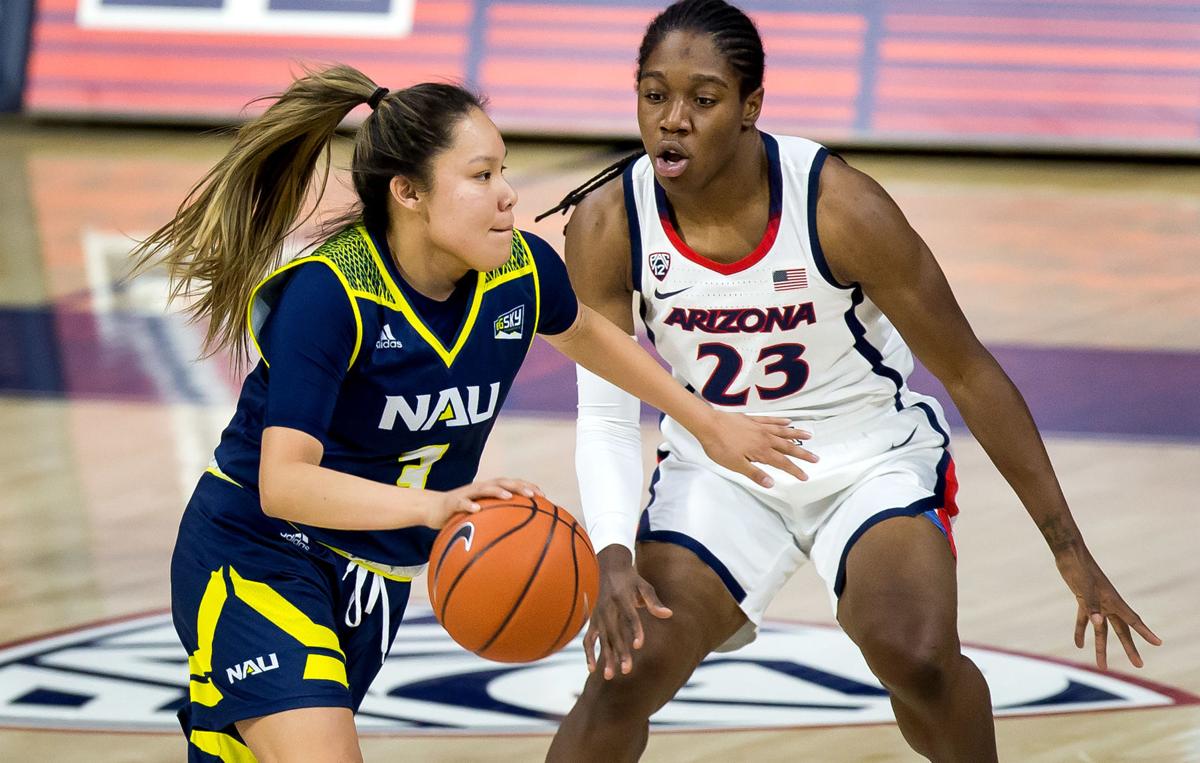 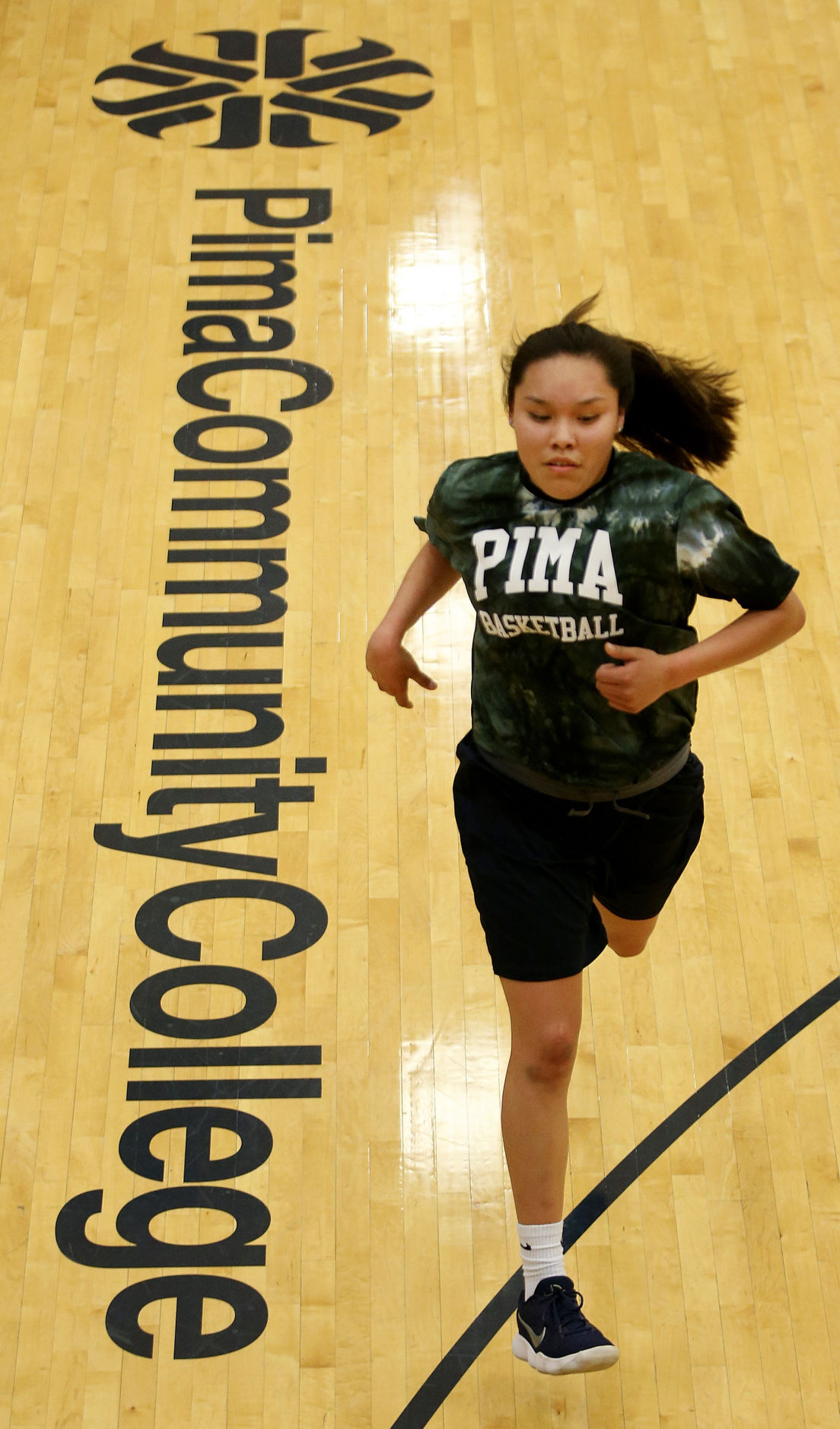 JJ Nakai runs sprints during the Pima College’s practice in January 2018. Nakai went to Nevada following her stellar career at Pima before transferring to NAU.