More than 200 teams made up of players ages 8 to 15 traveled to Kissimmee, Florida, for the eight-day football and cheer event. Four TYFSF teams were invited to the tournament, but two declined to go for various reasons.

The 10U Southwest Rams and the 14U All Stars both lost in championship games, said TYFSF commissioner Julius Holt, who acted as an assistant coach for the 14U team. The teams were honored in Tucson during a Monday night celebration.

The Rams lost their national championship game by a score of 36-7 to the Falcons, a team out of California. The All Stars team lost 24-8 to a team from New Jersey. Each team won three straight games to reach the finals.

“I’m very happy with the way our kids played and competed and represented Tucson. Our players played hard and our parents attended every game, supporting both programs,” Holt said. “These victories mean we have talent in Tucson and made a statement in Florida and gained the respect of other programs from around the country.”

The victories mean that TYFSF’s coaches and players are improving, and the league is doing things correctly, Holt said.

Six players from the 14U All Stars were nominated for the AYF 8th Grade National All Star team, which is made up of the top 60 AYF players. The team will attend the NFL Pro Bowl on Jan. 25 and play in their own game during the fan fest the night before. Final roster spots were announced late Thursday.

Starting quarterback Cameron Hackworth, of the Tucson Raiders, led the team to the national championships with his throwing and running skills, Holt said.

Luis Cordova, a defensive tackle and offensive guard who also plays with the Raiders, led the defensive line in tackles during tournament play and was unblockable at times, according to Holt.

“This kid will be a dominant force in high school as a defensive or offensive lineman,” Holt said of Cordova.

“We have kids and parents supporting the process,” Holt said, adding, “It’s not perfect, but it’s better.”

Former Mountain View High School coach Clarence “Bam” McRae ran the All-Stars team, which was comprised of 13- and 14-year-olds who made the cut following a tryout.

“They belong on national stage”

The Rams’ 10U players have been taking the field together since they were 5 and 6 years old, said coach OJ Flores, who has spent the last six seasons with the Rams and three coaching the team.

The team played three years of flag football together, only losing one game in the last two seasons, Flores said.

“Since they went to tackle (two years ago), they’ve won three consecutive city championships in their division and only have one loss in the regular season,” Flores said. “These kids have done some really incredible things.”

For the last two years, Flores’ Rams team has played the Division I national champion Chandler Bears, which unbeknownst to the Rams, earned them some notoriety prior to their run at this year’s AYF.

“These kids are looking for challenges, they’re not coasting through their entire youth football career,” Flores said. “It’s been really amazing watching them grow, develop and change from little boys learning to tie their cleats into the preteens they are now, and how much they understand the game of football.”

One of the best things for Flores is watching his players maintain success on and off the field.

During this year’s TYFSF scholarship banquet, which celebrates academic success, 15 of Flores’ players were eligible for the award.

“Football, with all the criticism that you hear about the sport, also has brought some fantastic benefits to these little kids,” Flores said. The Rams players’ families raised most of the money for the team’s trip to Florida through raffle tickets and various tournaments, including a cornhole tournament at a south-side eatery that drew more than 200 players.

“They’re really committed to these kids and the team,” Flores said, adding that every parent except for one traveled to Florida to watch the Rams compete. The one parent who missed the trip was unable to attend for medical reasons.

Flores said he knew his team was special, but was nonetheless impressed by what he saw in Florida.

“I knew that our group was a really good group of kids … but to see them do what they did … this group of kids has exceeded my expectations of their level of ‘specialness,’” he said. “They belong on the national stage.”

Several of the Rams’ players had standout moments: Right guard Frankie Heredia scooped up a fumble and ran the ball down to the 2-yard line.

Flores, an attorney with the Pascua Yaqui Tribe, said he and his assistant coaches will all be back next year and are excited to see what the team can do.

Holt is also hopeful for the Rams’ continued success, saying he believes they’ll return to nationals next year.

“The 10U Rams is a tough and gritty young team,” Holt said. “Those kids played hard, tackled and ran hard. They have a solid coaching staff a great support system.”

“We can do this correctly and make it a positive thing”

One of the teams that declined its invitation to Florida, the 12U Tucson Jaguars, elected to stay home and compete in other tournaments so they could get a feel and learn to travel as a program, Holt said.

The other team, the 14U Oro Valley Dolphins, had nine players selected to the All Stars team, and as a result, declined the team’s invitation to compete, saying they wouldn’t be able to be as competitive without those nine players, according to coach Neil Harris.

Harris, an emergency room doctor, told the Star that he also couldn’t endorse the tournament schedule of four games in eight days for the teams competing to win a specific age bracket.

“My promise to parents has always been safety first,” Harris said. “The way I was coached when I was young isn’t the way I coach.”

Harris, who has been coaching with TYFSF for eight years, said he exercises something of a “pitch count” with his best players, only allowing them to go for a certain number of snaps in practice and games.

As a result, he’s only had one concussion in his six years as a head coach with the league.

Harris said he has a great deal of respect for the way the NFL is trying to change the game in terms of player safety, and while changes are also being made at the college and high school level, it’s younger kids who are the most at-risk group when it comes to concussions.

“We can do this correctly and make it a positive thing,” Harris said.

The team’s main goal for the season was to win the city championship, of which they had been to and lost the past three years, each time with basically the same players, Harris said.

They achieved their goal this year, beating the Sahuarita 49ers on Nov. 3, but they weren’t done there.

Several of the Dolphins’ All Stars were nominated for spots on the AYF 8th Grade National team after turning out impressive performances during the tournament in Florida, Holt said.

Wide receiver and defensive back Chance Cassel was the team’s top receiver and game breaker, and Caden Luke was the best running back in Florida, according to Holt.

Luke, who also plays linebacker, dominated on both sides of the ball by scoring multiple touchdowns and shutting down the run on defense.

Sa’Kylee Woodward, who plays defensive tackle, as well as offensive tackle and guard, was “unstoppable” in Florida, with five or more tackles for losses and two quarterback sacks, Holt said.

The postseason success is bittersweet for Harris and the team, as most of the players will go their separate ways, attending different high schools next fall.

“It was a perfect night, everything came together,” Harris said of the city championship victory. “At the age of 44, not much takes your breath away.”

For more than 30 years, the federation has been offering financial scholarships to athletes for academic achievement and community service.

Steve Marshall is accused of stealing $54,000 from the Marana Broncos youth football team.

A Marana man has pleaded guilty to a felony fraud count in the theft of more than $50,000 from a youth football organization. 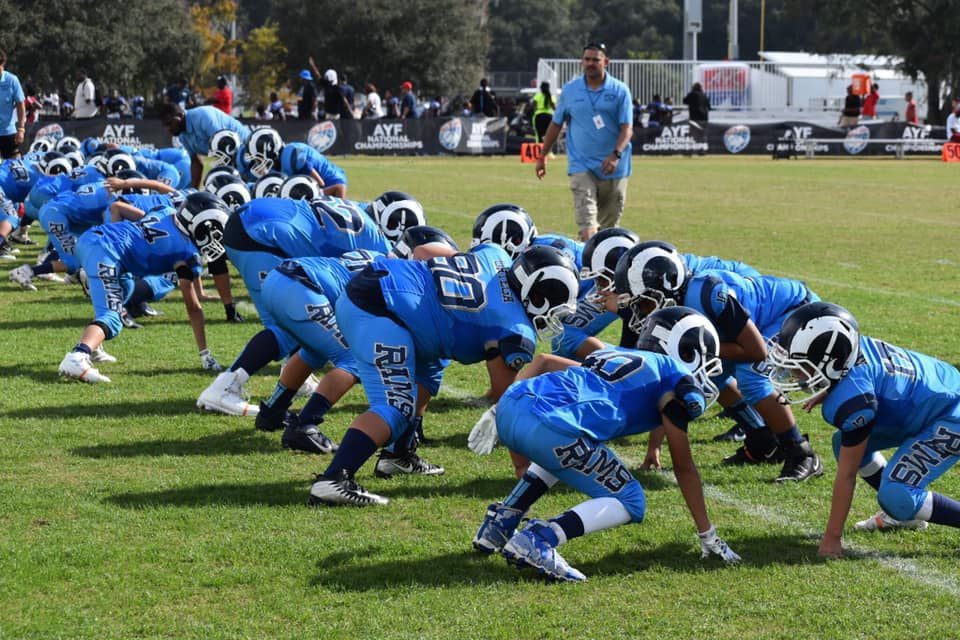 The Southwest Rams 10U team finished second in its age bracket in the American Youth Football National Championships last week in Florida. 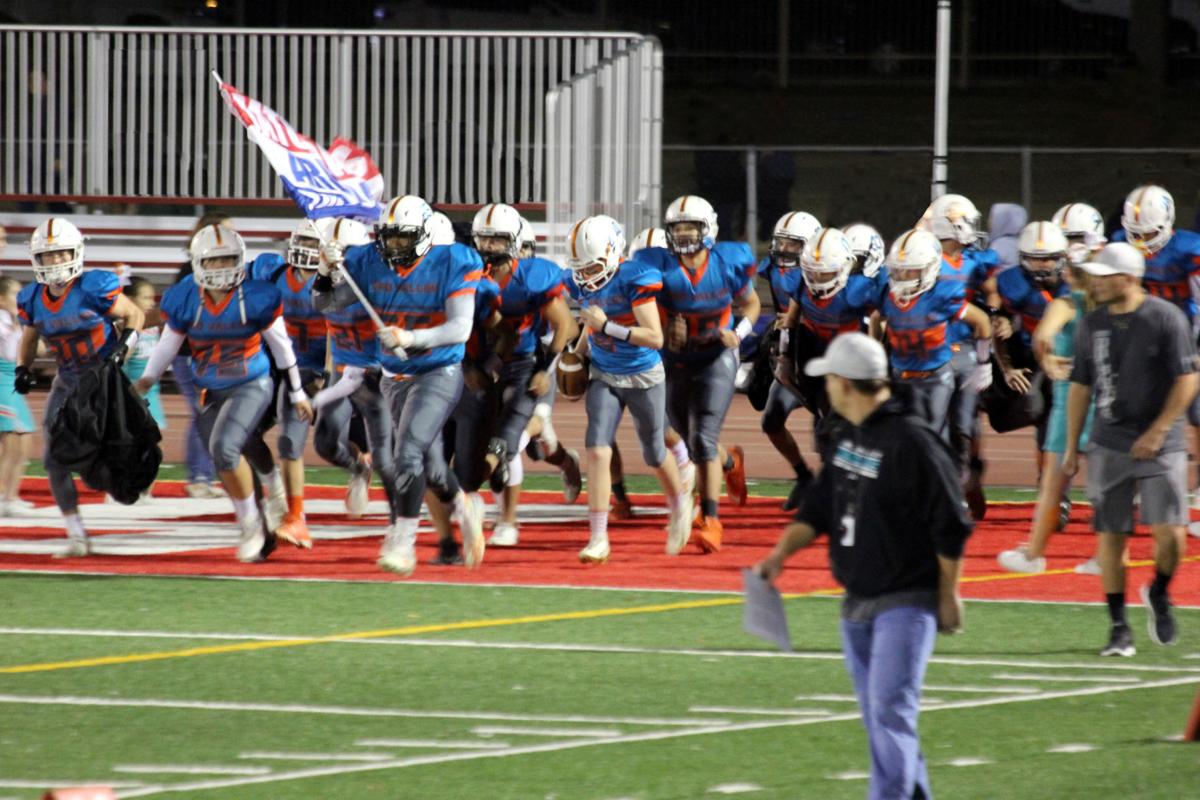 Nine members of the Oro Valley Dolphins 14U team were selected to the Tucson Youth Football and Spirit Federation’s All Stars team, which finished second nationally at last week’s tournament in Florida.