The sun has set on a 70-degree February evening. At Randolph golf complex’s driving range, white, yellow, green and orange golf balls fly through the air, hit by those lucky enough to have their own practice bays. Other golfers linger nearby, waiting their turn.

Driving range revenue across Tucson City Golf practice facilities is up 90% from the previous year. From July through December, the ranges brought in $402,731 from the practice tees alone.

Driving ranges offer an outdoor activity for not only seasoned golfers but anyone willing to pick up a club. Buckets of range balls are cheaper than rounds of golf, and the time commitment can be minutes instead of hours.

There is also a lack of stress for newcomers; nobody on the driving range keeps score.

“For somebody who is not an avid golfer and may not necessarily feel comfortable playing, you know, a full round of golf or even nine holes, somebody that wants to get outside and do an outdoor activity going to the practice facility makes sense,” said Robb Palmgren, Tucson City Golf’s general manager. “It is almost like the golf version of a bowling alley.”

Lara Hamwey, who took over as Tucson’s director of Parks and Recreation in January, described the Tucson City Golf courses as green gems in a city where outdoor spaces are at a premium. Hamwey might not be a dedicated golfer yet, but she sees the driving range as a place to de-stress and spend time with her husband and friends.

For Hamwey, golf is a “life sport” that can be played from childhood until late in life.

“A lot of people perceive sometimes that golf is a very expensive sport to participate in, but the way that I got started was I went and found some used clubs at Goodwill and all I do is go to the driving range,” Hamwey said.

“I’ve lived that kind of perception where I thought golf wasn’t for me and found out I didn’t have to be a super athlete to pick up a club and hit a ball.”

Tucson City Golf courses were among the few businesses left untouched by the COVID-19 pandemic. The courses never shut their doors.

Palmgren said the growth in play is unprecedented.

“Over the last five, six years, we have seen a percentage increase year over year, every year,” he said.

These numbers are “exponentially higher,” he added.

“With the state of Arizona coming down with the regulations that they did, keeping golf a viable business during this pandemic, it gave people something to do. It gave them somewhere to go to be out of the house and be outside to enjoy nature.”

As a girl growing up on the south side of Chicago, Dee-Dee Wheeler would play basketball outside during the winter until her hands froze.

While waiting on a pandemic to pass, Wildcats' club hockey team tries to find a new routine

This time of the year, the University of Arizona’s club hockey team is typically skating on the ice and bonding in the locker room. Hugging an…

With Dejah Mulipola back, third-ranked Wildcats 'super-pumped' to open season vs. No. 6 Texas

UA coach Mike Candrea said the college season is a great way for Dejah Mulipola to prepare for the now-2021 Olympic games.

No longer deserted, Fred Enke Golf Course is thriving in the midst of a pandemic

The team announced Friday that it was ending the 2021 season before it started because of the coronavirus pandemic. Time simply ran out.

Tucson will take on visiting Ontario at 6:30 in the first game with fans at Tucson Arena in over a year.

After beating ASU, Wildcats look to carry momentum into second half of soccer season

Coming off sweep, Wildcats confident they can win out, make NCAA Tournament

The Arizona soccer team made history in its final two home games on the familiar grass of Murphey Field. 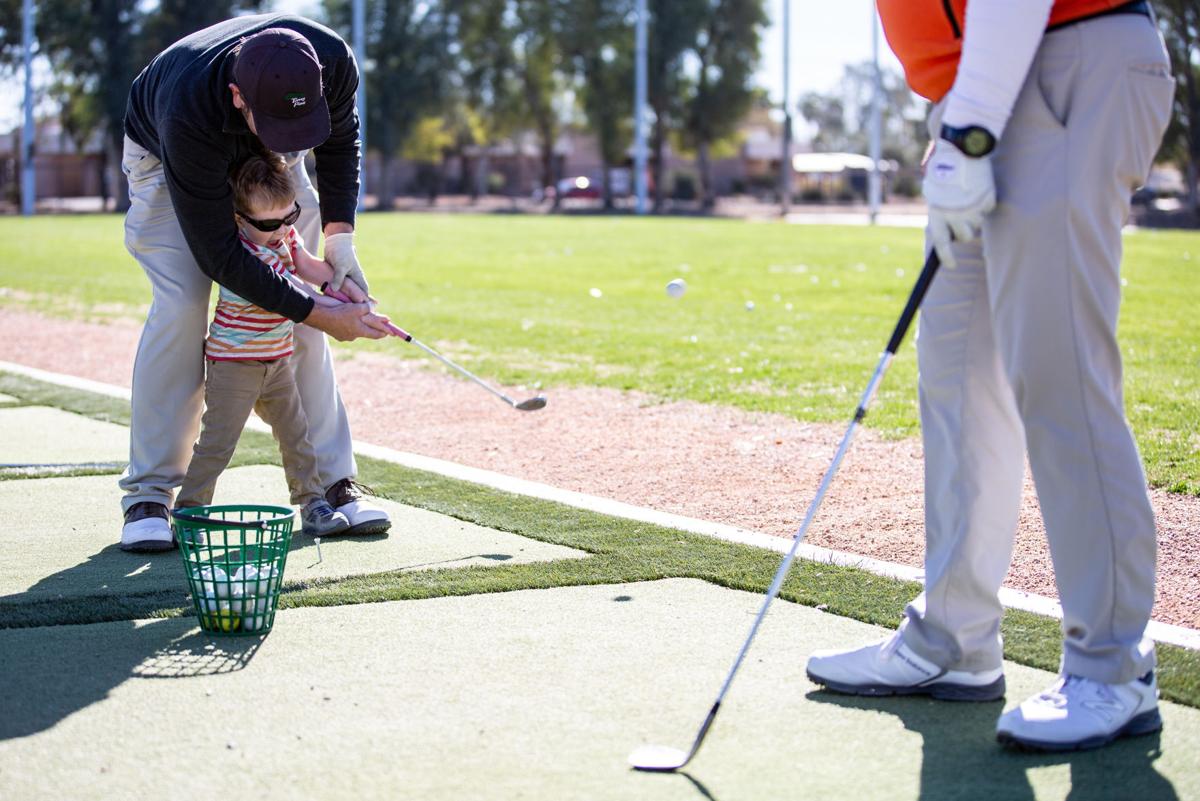 Seth Hill helps his son Cody, 3, hit a ball off a tee during Sunday’s trip to the Randolph golf complex’s driving range at 602 S. Alvernon Way. Cody’s first trip to the practice tees was a success — and a sign of something bigger. Revenue is up 90% during the pandemic. 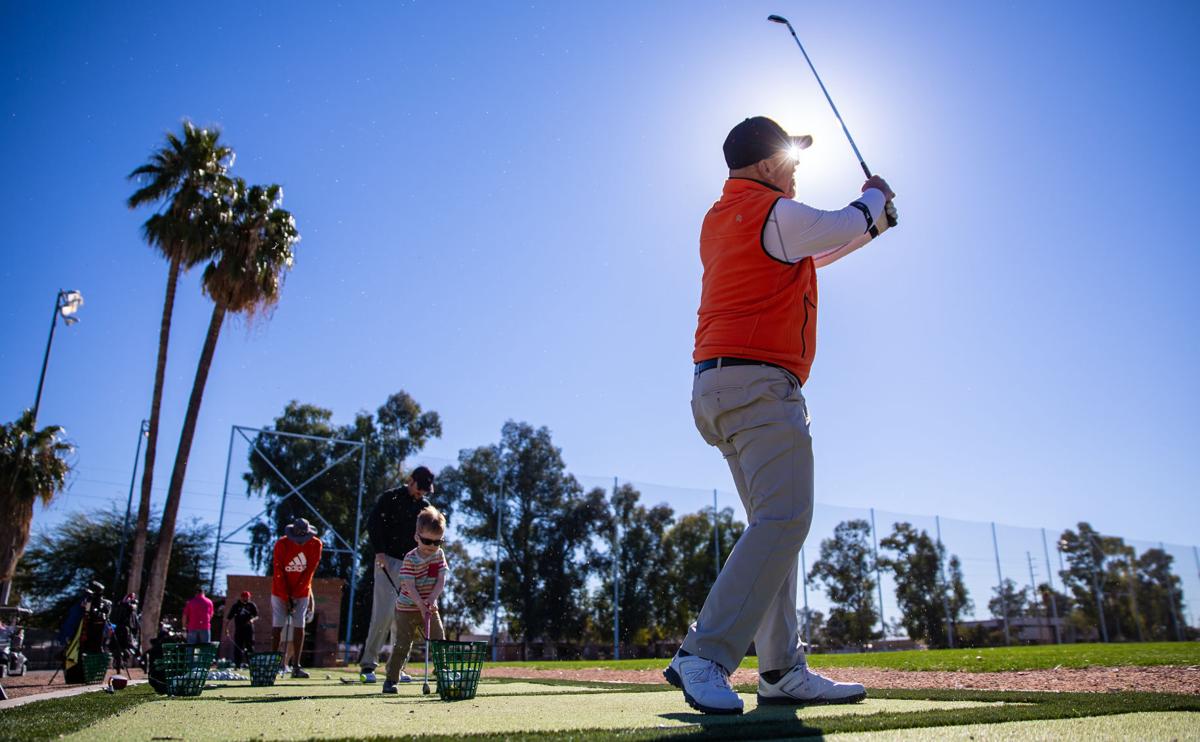 Verne Hill practices his swing at the Randolph Golf Course on a sunny Sunday morning. Tucsonans have hit 73,223 buckets of balls in the last year at the city’s practice tees. 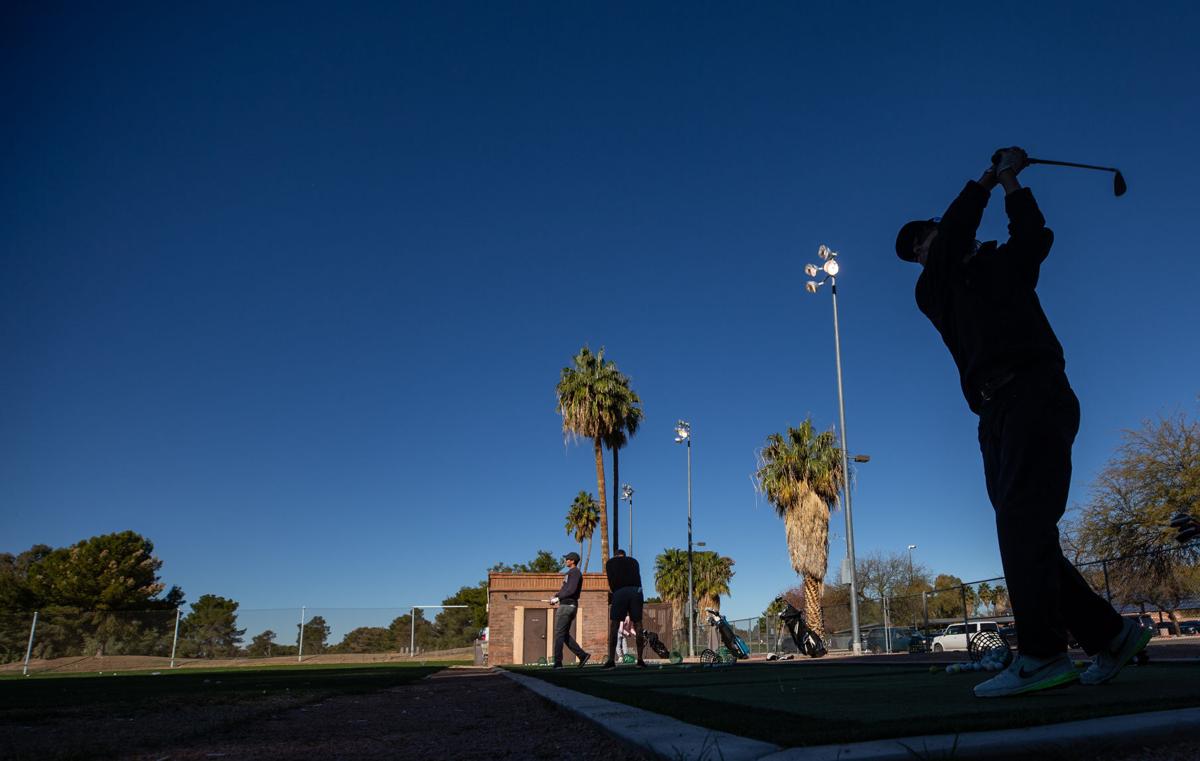