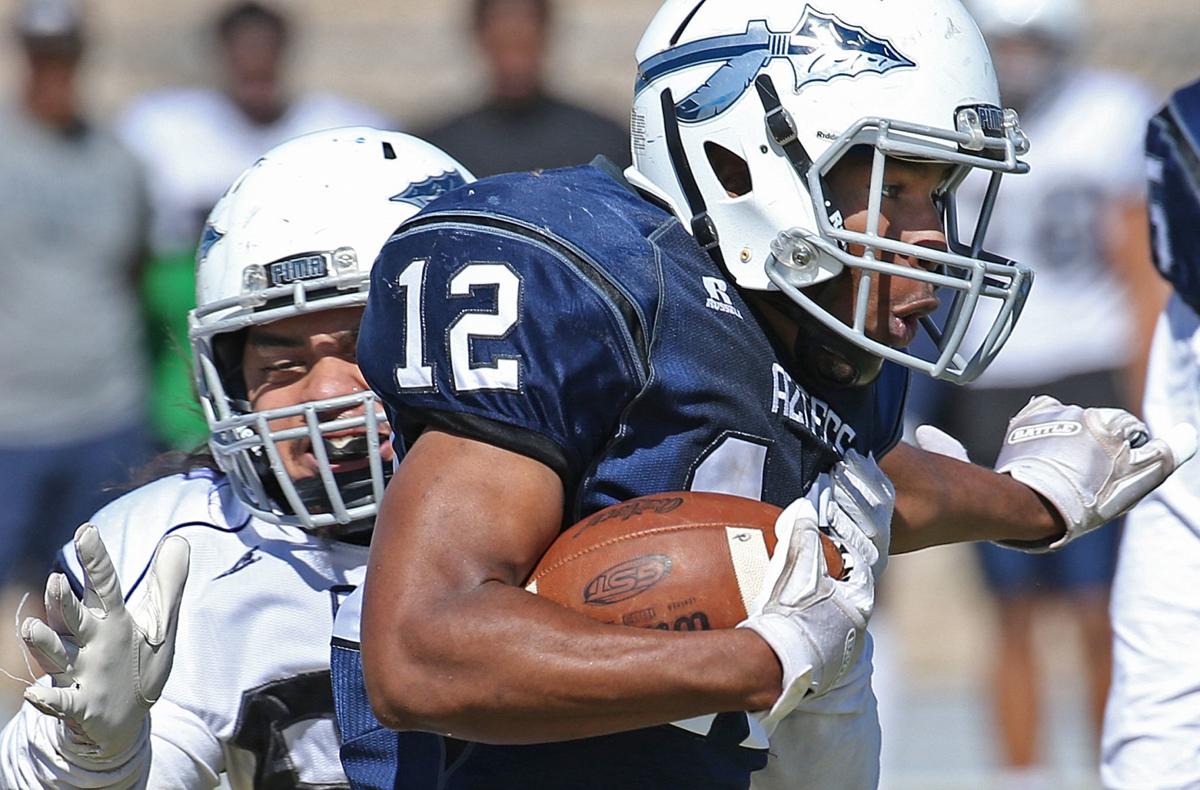 Football is the costliest of Pima College’s 16 sports, with a budget of $407,000 for 2018 and the prospect of more expenses starting next year. 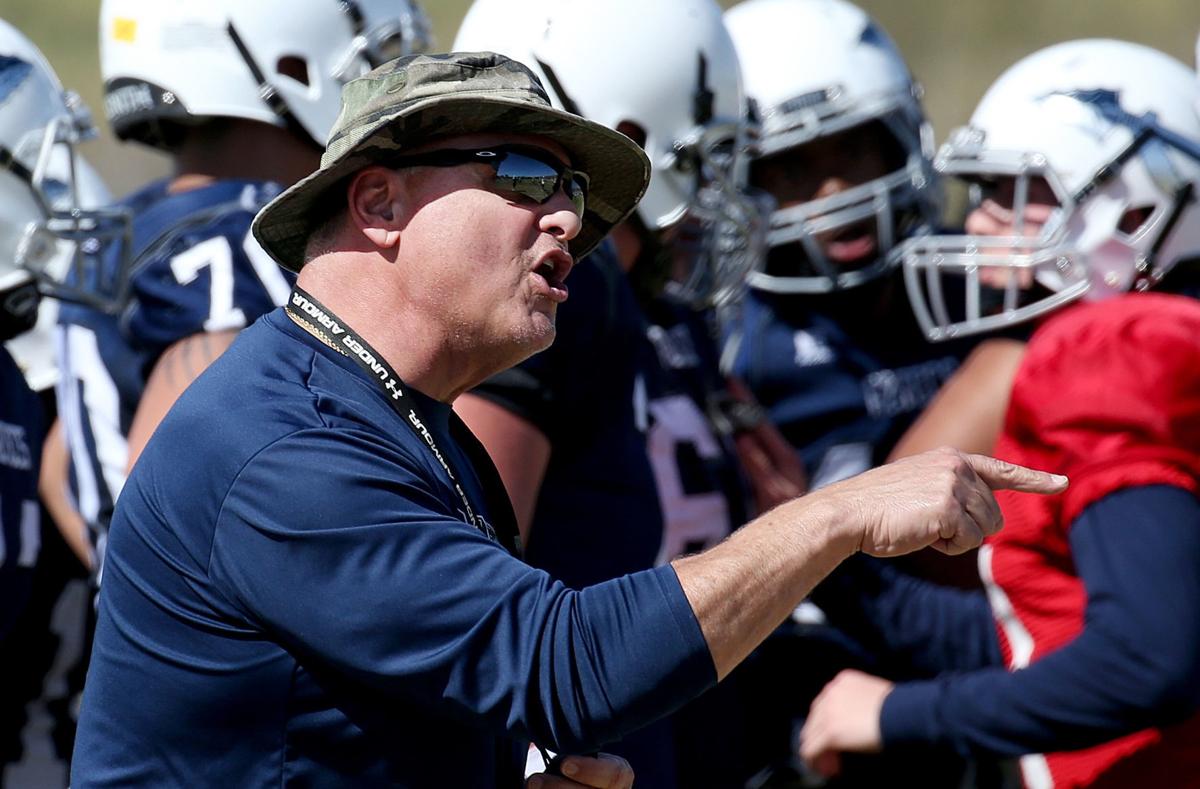 Monaco says being Pima College’s football coach “is the greatest job I have ever had. … And I’ve loved it.”

Pima College athletic director Edgar Soto will make a presentation Wednesday that could decide the future of the Aztecs’ football program.

The Pima County Community College District Governing Board meeting will begin with a public hearing at 5 p.m. Wednesday inside the district office, 4905 E. Broadway. Soto will outline a plan for athletic department budget cuts and department-wide reorganization later in the meeting. PCC chancellor Lee Lambert is expected to make his decision Wednesday night and announce his plans for the department and football program at 9 a.m. Thursday.

The uncertainty around PCC’s athletic department began in February, when the Maricopa County Community College District announced it would eliminate football programs at Phoenix, Scottsdale, Mesa and Glendale community colleges starting in 2019.

The decision has eliminated many of Pima’s closest and best opponents; to play a competitive schedule starting in 2019, the Aztecs would have to travel out of state. The travel would be both expensive and time-consuming.

The news couldn’t come at a worse time for Pima, which has been surging under coach Jim Monaco. Six Aztecs signed national letters of intent with major college programs in December; another football player, Tony Fair, recently received an offer from Nebraska.

Monaco rallied support for his program at a May public forum. Former UA coach Dick Tomey and UA and NFL player Glenn Parker also spoke at length about the importance of football for young men.

Former Sahuaro High School standout Derik Hall describes himself as a “second-chance” Aztec who has been saved in part by football. He said last month that there are many more like him.

“I got in some trouble, made some bad choices,” he told Lambert at the public forum. “Pima has helped to change me. I’ve become a new man, I’ve gotten past a period of depression. I’m not the only one who has turned his life around by playing football at Pima.”

At the meeting, Parker was more succinct.

“It’s not the cost of having a junior college football team that matters,” Parker said. “It’s the cost of not having one.”

But costs are a consideration, especially at a college that’s counting every dollar. Pima’s 16 sports operate on a $2.6 million annual budget. Football is the costliest sport, with a budget of $407,000 for 2018 and the prospect of more expenses starting next year.

Monaco said he has high hopes for his program’s future, and is optimistic that Lambert won’t cut other sports just to save football. School officials said last month that no sport is safe from budget cuts — or, in theory, elimination.

With so much uncertainty, Monaco is focusing on the present.

“Pima football will have the 2018 season. Any decision being made is for 2019 and beyond,” Monaco tweeted Tuesday. “We will field a GREAT TEAM this year and see what happens. We must now focus on this season and nothing else.”

Greg Hansen: Pima football program building momentum, but its days may be numbered

Former UA coach Dick Tomey among those who spoke Wednesday on future of Aztecs.

Is pitcher Marissa Schuld the future of the Arizona Wildcats softball program?

A national review found that the University of Arizona's procedures were within the law, but could be improved.

CINCINNATI — Former U.S. Rep. Gabby Giffords is highlighting the launch of a group supporting a Democratic congressional candidate in Ohio.

If sheer distance were a measure of newsworthiness, President Trump’s recent insults and announcement of trade tariffs directed squarely at Ca…

No citations or arrests have been issued to the driver.

At least one person was injured in the motor vehicle accident.

Two open PCC board seats up for a vote on Nov. 6

Incumbents are not running for re-election.

Football is the costliest of Pima College’s 16 sports, with a budget of $407,000 for 2018 and the prospect of more expenses starting next year.

Monaco says being Pima College’s football coach “is the greatest job I have ever had. … And I’ve loved it.”