Bob Baffert and Todd Pletcher have started horses in more than 34,000 races and earned roughly $681 million in prize money in the course of their storied careers.

But on Wednesday morning, the legendary horse trainers — both University of Arizona grads — talked about their mutual love for horses and the sport that they were both raised in.

Baffert and Pletcher kicked off the final day of the UA’s 46th annual Global Symposium on Racing, sponsored by the school’s Race Track Industry Program.

During the 90-minute session, Baffert and Pletcher shared stories from their childhoods, discussed the recent rash of race horse deaths and delved into the highs and lows of their careers.

Here are some highlights:

“On vacation all the time”

Baffert grew up on his family’s ranch in Nogales, getting his start with horses when he began grooming and exercising his father’s quarter horses at the age of 10. Baffert told the crowd Wednesday that he didn’t want to be anything other than a jockey, but with his mom being a teacher and principal, college was a requirement.

“I got every ounce out of university life and it was the best five years of my life,” he said with a chuckle.

College was a wake-up call for Baffert, who thought he could skate through the newly formed Race Track Industry Program.

“The first week, I thought, ‘I’ve never had this kind of freedom,’” Baffert said, adding that he quickly adjusted to having to go to class and study.

His efforts paid off: Baffert will go down in history for his achievements in racing, which include two Triple Crown winners in a four-year period.

“I’m so fortunate to have found something I loved to do and was able to do it,” Baffert said. “I don’t take any vacation, but I feel like I’m on vacation all the time.”

Pletcher, a seven-time winner of the Eclipse Award for trainer of the year, knew he wanted to go somewhere that was connected to racing. Toward the end of his time in high school, Pat Pope, the racing secretary at Louisiana Downs, told him to check out the UA.

“I figured it was kind of the right fit for me and one of the few places I could get in,” Pletcher said, adding that while he was a fine student, schoolwork was not where he focused most of his efforts. Pletcher admits he was more interested in training horses than going to class.

During his time at the UA, Pletcher worked as a referee for intramural sporting events. He had a roommate on the school paper, the Arizona Daily Wildcat, who alerted Pletcher to an opening on the paper’s intramural sports beat.

The job paid $15 per story, and Pletcher pulled double-duty, refereeing a game then writing it up for the Wildcat. His work at the Wildcat earned him a spot in the paper’s hall of fame, he said Wednesday.

“(In college,) you’re on your own for the first time and you’ve got to find a balance in life between responsibility and having fun,” Pletcher said.

On the animal behind the sport

Pletcher said his first memory of a horse is falling off his grandfather’s pony when he was 3 years old. The memories only got better: He talked Wednesday about watching his father, Jake, win the first leg of the Quarter Horse Triple Crown in 1975, saying it was a “pretty exciting time.”

These days, Pletcher has about 175 horses of his own — a big number, sure, but small enough that he gets to know and develop each one.

“It’s the ultimate puzzle challenge, because no matter how many good horses you see and run … there’s a constant learning curve in trying to improve,” he said.

Baffert said that when he was a little boy, he used to love smelling the horses’ noses.

“I just fell in love with them at a young age,” Baffert said.

Baffert rode horses competitively in high school, a secret that he and his father kept from Baffert’s mom.

“Once racing gets in your blood, there’s no rehab to get it out,” Baffert said. “You just have to die.”

Baffert’s career as a jockey was short-lived, but he quickly found success as a trainer. Baffert says that he keeps roughly 50 horses at Santa Anita Park and another 60 at nearby Los Alamitos Race Course in Cypress, California.

“To be in this position, it’s still something that every once in a while I have to pinch myself,” Baffert said. “These horses, they bring us so much joy. That’s why when things don’t go right and they get hurt, it really affects us.”

A spate of equine deaths, many coming at Santa Anita in California, has been the talk of the sport for the last year.

“I never worried about racing that it could be turned like a strawberry going bad overnight, but in just a few months, it turned just like that,” Baffert said.

“It was like a wildfire and it got out of control and we didn’t know how to put it out. All we did was point fingers at everybody.”

While the deaths are still under investigation, Baffert believes the racing surface was the culprit.

Every time a horse got hurt, he said, track employees added more sand. Heavy rains made the surface even worse, Baffert said.

Horses, like human athletes, are at a high risk for injury when they’re fatigued. Baffert believes the deep track at Santa Anita forced the horses to work harder, raising the risk of injury.

The situation was a wake-up call for track officials and for trainers, Baffert said.

“Sometimes you can miss something, and they look fine and then it happens ... it just beats us up,” he said.

November’s Breeders’ Cup Classic at Santa Anita marked the first time one of Pletcher’s horses had finished first place in the race. But the Cup was marred by the fatal injury suffered by Mongolian Groom. The 4-year-old horse broke his leg near the end of the race and had to be euthanized.

“It was bittersweet to win that race and at the same time feel remorseful for someone else’s horse and the industry itself,” Pletcher said.

A lot of times in horse racing, the industry will make it through a crisis and then coasts for a time, Pletcher said.

“We can’t coast through this crisis,” Pletcher said, adding that the industry has taken great strides in the past year to improve race horse safety in terms of monitoring tracks and regulating medications on race days and in the days prior.

“When things happen like what has happened over the last year, if we don’t have the defense of, ‘we don’t medicate our horses for races,’ then we’re putting ourselves in a complicated position,” Pletcher said.

On fondest memories and biggest regrets

For Pletcher, the 2007 Belmont Stakes win by Rags to Riches stands out as one of his favorite memories of his time in the sport. With the win, Rags to Riches became the first filly to win the race in more than a century. Even entering her in the 1ƒ-mile race was a risk, given the lack of success for young female horses in the event.

“She was exceptionally good, enormously talented. She was really bred for the Belmont,” Pletcher said of the horse, continuing to praise her abilities. “She fit the mold, but there was a question of if a filly could do it.”

Pletcher said that he didn’t know a person could experience so many emotions in one race, adding that people still talk about how exciting it was.

“So many things can go through your mind in less than 2½ minutes,” Pletcher said.

Baffert called Pletcher’s decision to run Rags to Riches in the Belmont a “pretty ballsy move.”

On the flip side, Baffert called the loss of American Pharoah in the 2015 Travers Stakes the one training job he wishes he could revisit.

“We lost focus. You get on this run and you’ve got this great horse,” Baffert said of the upset loss to Keen Ice. “I felt like I let the whole town down when he lost.”

Baffert said if given the chance, he would have trained the horse very differently. He told the crowd he hadn’t been planning to run American Pharoah in the race but made the decision at the last minute.

“I could tell he was off. Sometimes they have a little look in their eye,” Baffert said. “He was completely empty at the top of the stretch, and he still almost pulled it off.”

Property was bequeathed to university by philanthropist Bazy Tankersley.

Nico Mannion has his second double-double of the season.

Suspect has a criminal history in Arizona dating back to 2003. 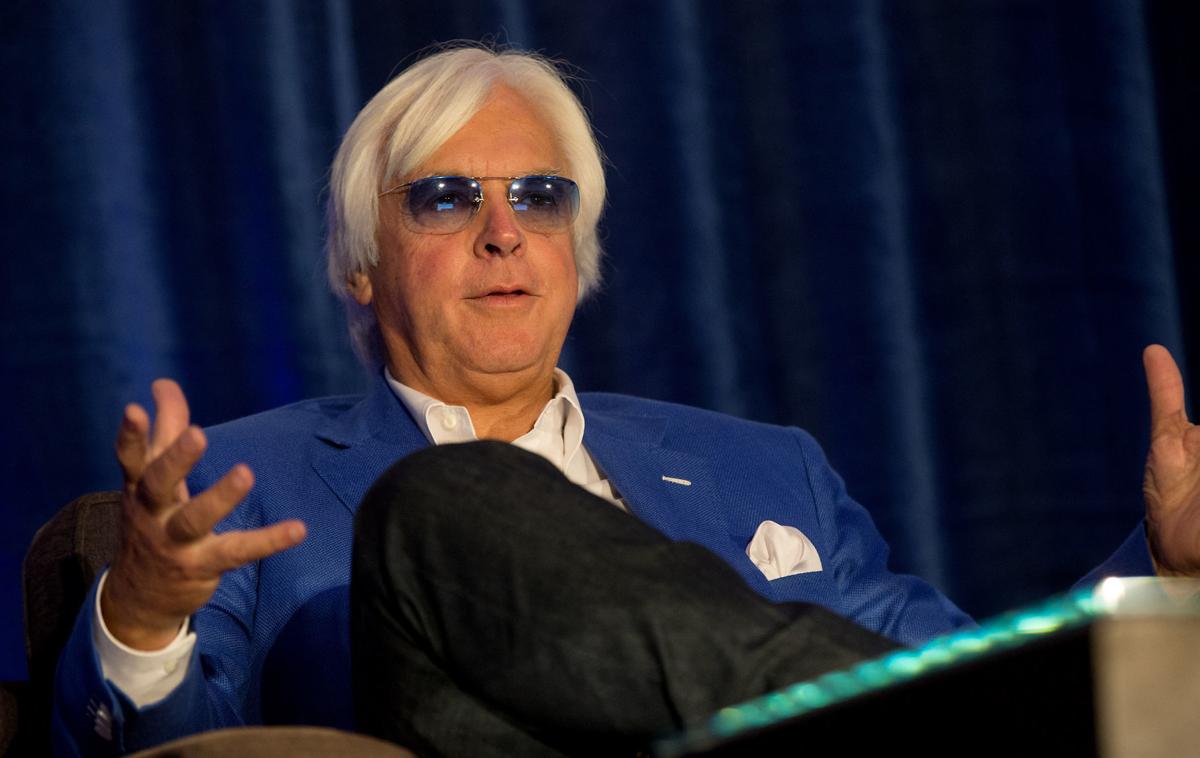 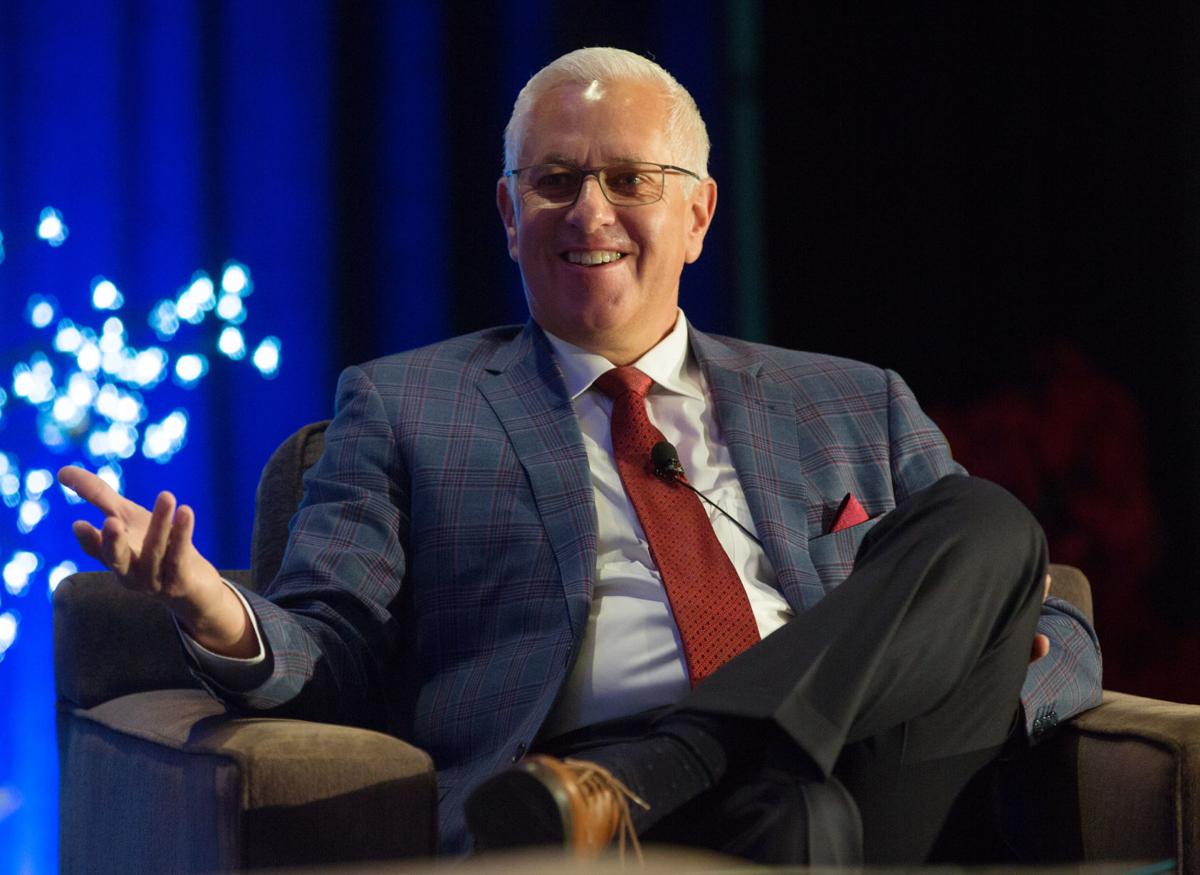 Todd Pletcher on his time in the UA’s Race Track Industry Program: “You’re on your own for the first time and you’ve got to find a balance.” 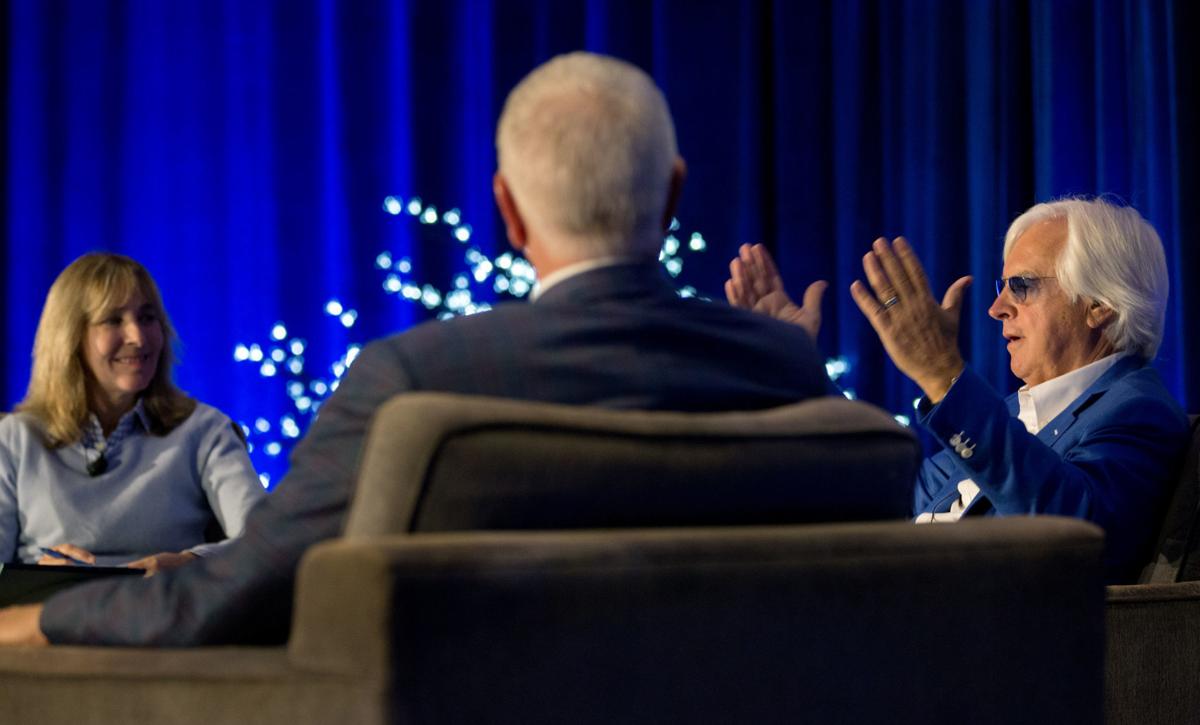 Bob Baffert, right, says the racing surface at Santa Anita Park is probably responsible for a spate of equine deaths at the California track over the past year. “We need more science in the dirt; we don’t have that.”