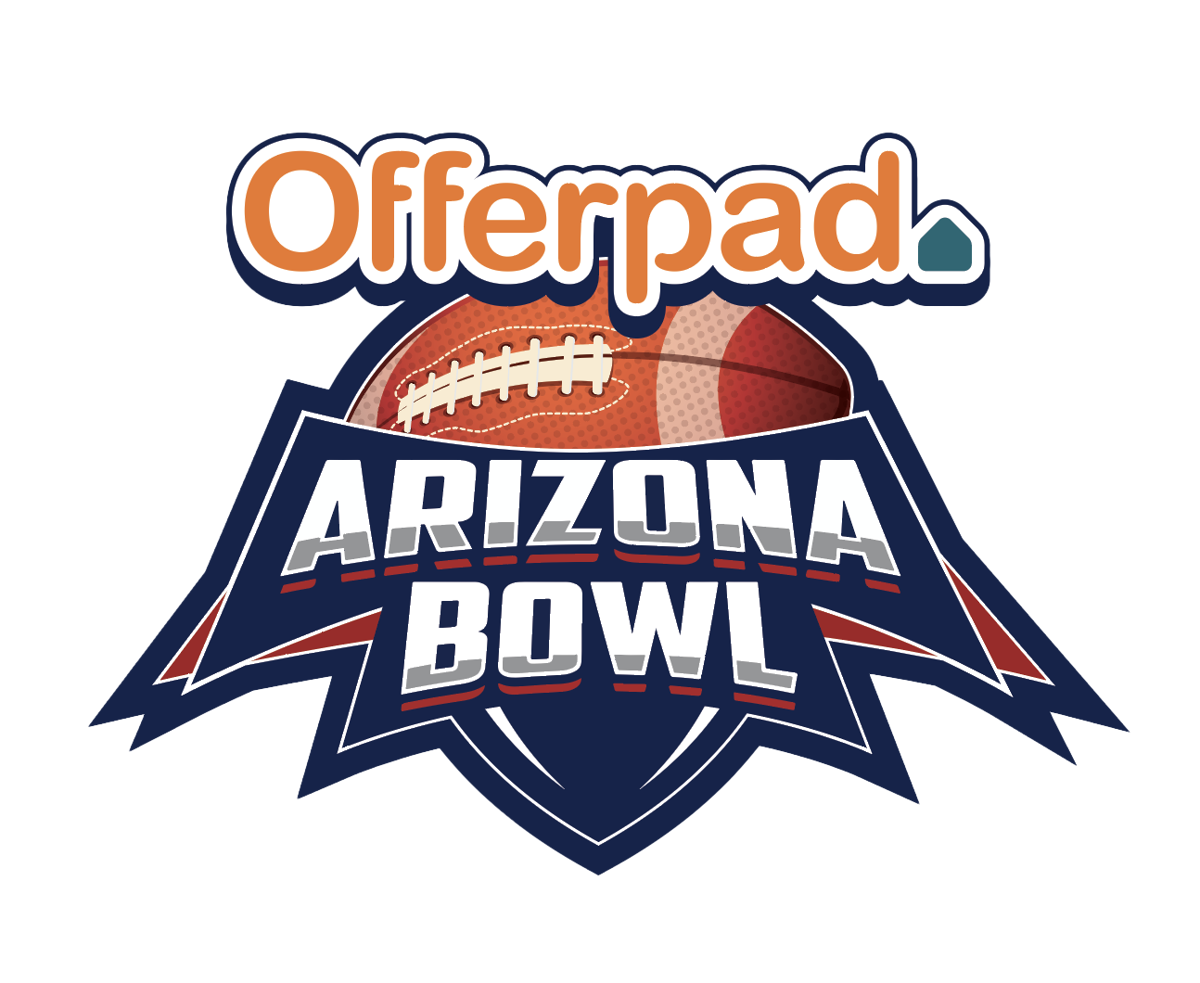 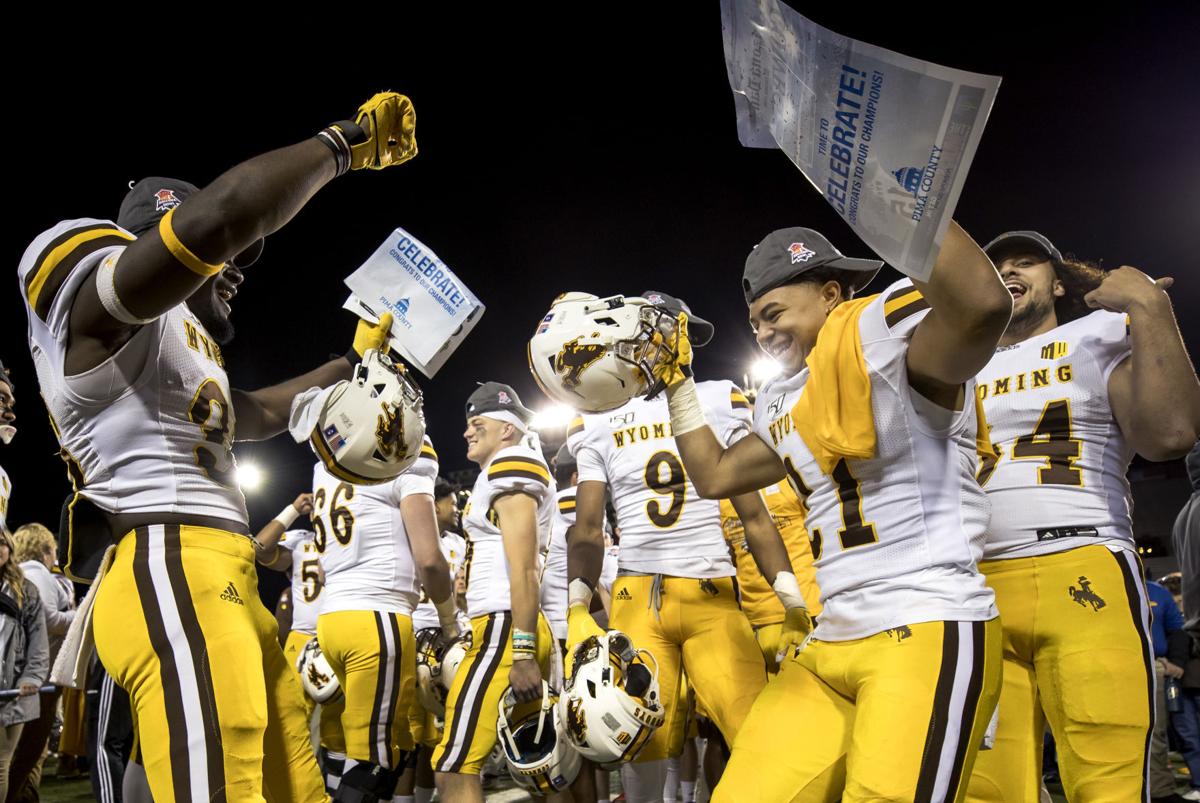 Wyoming running back Jeremy Hollingsworth (21) dances with his teammates after Wyoming’s 38-17 win over Georgia State in last year’s Arizona Bowl. This year’s game will feature champions from the Mountain West and Mid-American conferences.

By Jon Gold Special to the Arizona Daily Star

After ending 2019 with a flourish — a 38-17 scoring-fest between victor Wyoming and vanquished Georgia State, a raucous downtown New Year’s Eve celebration, the dropping of a giant taco to signify the new year — things were just peaking for the Arizona Bowl in Year 5.

This year’s version was set to be the biggest extravaganza yet. And then a pandemic happened.

The game was threatened. The Tucson community reeled. Sponsors and backers faced economic difficulties like never before.

Would there even be a football season? OK, there would, but would the Arizona Bowl’s tie-in conferences — the Mountain West and the MAC — even play? Yes, they did.

But would there be a bowl season?

Questions abounded. Doubt crept in. But, despite a logistical nightmare the likes of which the world of college football has never seen and a roller coaster of will-they-or-won’t-they questions, in early December the Arizona Bowl committee decided the show must go on.

“We just wanted to go out with a win for Tucson,” bowl director Kym Adair said.

But there is little doubt that Tucson — and Southern Arizona — is the biggest winner here.

The city gets a premiere national showcase at noon on New Year’s Eve, and that spotlight got a whole lot bigger when CBS chose to move the game from the CBS Sports Network to the flagship station, with no other bowl games opposite it. Local advertisers have come rolling in despite knowing there will be no fans in the stands. A major sponsor — Offerpad — stepped up a week ago, ensuring the financial viability of the event.

Most of all, the game sends a message to conferences, sponsors and networks, and to those who doubted that this baby bowl could still be pulled off.

“The easiest thing would have been to fold the tent up,” bowl co-founder Ali Farhang said. “When we made the decision to go, we didn’t know we’d have a title sponsor or we’d be on CBS. It all came together in three weeks. It reminds me of the first year, when we put it together in three months with chewing gum and barbed wire and duct tape.”

It took a village once again, Adair said of this year’s efforts.

The community has stepped up in terms of resources and engagement. The conference tie-ins remained loyal despite more visible conferences vying for their attention. Ball State and San Jose State have been enthusiastic and dutiful partners.

“We’ve had a landslide of fortune come our way,” Adair said. “It’s all because we’ve aligned ourselves with the best partners and we live in the best community in the U.S. We’ve been through a lot, but we’ll be celebrating at noon on Dec. 31.”

Until then, there are still some final preparations to be made, even if it’s not the usual mad dash to “Auld Lang Syne.”

This year will be different for Farhang.

He was originally one of the doubters himself. He didn’t even think there would be a football season, much less a bowl season. He even owes Adair a steak dinner for his pessimism. But on the eve of one of Tucson’s most important showcases, he finds himself relatively relaxed. Normally he’s running all over town, tightening every bolt, bouncing from practice to practice, glad-handing every stranger in town.

He normally checks his phone step-tracker after the game and it reads around 12 miles. A lot of glad-handing and hand-shaking and thank-yous to a community that has grown to embrace this game in just a half-decade. He’s been at the helm for five games and guess he’s seen all of 20 minutes of game action.

This year, he’ll be somewhere in the confines of Arizona Stadium, masked-up and isolated, soaking in every minute, knowing full well that whichever team comes out on top, Tucson is the biggest winner.

DeAndre Ayton posts a double-double as Suns rip Pelicans by 25 points in Phoenix.

The worst of 2020 in Tucson sports: From losing a legend to missed opportunities

Jon Gold breaks down 10 painful moments that UA and Tucson sports fans had to deal with last year.

Ten things Tucson sports fans can look forward to in 2021

From Aari McDonald to Bijan Robinson to Jessie Harper, things have to be better in 2021, right?

Wyoming running back Jeremy Hollingsworth (21) dances with his teammates after Wyoming’s 38-17 win over Georgia State in last year’s Arizona Bowl. This year’s game will feature champions from the Mountain West and Mid-American conferences.