In 2004, Tucsonan Allison Richter was working as a teacher and raising her kids. She wasn't a runner, not even for fun. She'd never completed a 5K and wasn't looking to run in a marathon, either — let alone 50.

"It's been a lot of fun. I've met some incredible people along the way," Richter said. "I've seen the country from this unique lens of 26.2 miles."

What started off in 2004 as a way to lose weight and do something just for herself turned into a much larger driving force in Richter's life.

"There was nothing I was doing just for myself. I realized that can't be good," she said. "And I needed to lose weight after two kids."

Richter, 49, discovered a website called "Couch to 5K"— which has now morphed into a popular app — and got to work.

"It was something I looked forward to being just mine," Richter said. "I was losing weight and feeling better."

She ran her first 5K and had a blast, saying she really enjoyed the race atmosphere. A 10k came next, then a half-marathon.

"That was a lot of fun," Richter said.

Richter decided to try her luck, entering the lottery for a spot in the New York City Marathon.

A friend also got a spot, and they traveled to New York City together. By that time, she'd completed marathons in three states; a friend then told her about the 50 State Marathon Club.

So she got to work, "plugging away at it" and running a couple or races every year. She completed her 50th marathon seven months before her 50th birthday.

Richter's favorite? The Marine Corps Marathon, which begins and ends in Virginia, but traverses through Washington D.C.

"You get to see all the monuments and all the history. To think of all the amazing speeches that have been delivered on the steps of the capitol or along the reflection pool."

Richter said if there's good weather, it's easy to love any race. Of course, she said, bad weather can have the opposite effect.

She recalls a race in Estes Park, Colorado. for which the forecast was for perfect conditions and beautiful weather.

"It was cloudy and rainy the whole time," Richter said. "I couldn't see any of the beauty."

Richter ran through 19 miles of rain that day. During another race in Atlantic City, she battled 12 miles of headwinds. Other races have been "devastatingly hot."

Once she got into a rhythm and started checking states off the list, Richter added to her challenge, taking on what's referred to as a "double": Two marathons in a single weekend. While they're challenging, the feat saves money on airfare.

"You finish the first one, then you say, 'I'm halfway done and I get a break.' Then you drive to the next state and start again the next morning," she said of her double routine.

Richter's choice in causes has been deliberate, as well. When Richter was training for her first marathon, her mom was diagnosed with breast cancer; Richter ran the first one for her. While her mother is still alive and her, her father died of pancreatic cancer several years ago. Richter ran her final two races as part of the Pancreatic Cancer Action Network.

Richter has been running every day since 2017, saying she has no plans to break her streak now.

But now that the 50 marathons in 50 states goal has been crossed off her bucket list, she's in search of a new one.

"I feel like there will come a day when I can't run anymore, but it's not today," she said. "It's the first thing I do in the morning, and that way the start of my day is good."

Completing her marathon goal wasn't the only thing Richter accomplished during the pandemic. In the spring of 2020, after schools went remote, she left Tucson Unified School District after nearly 20 years and decided to go back to school.

She's six months away from her associates' degree in nursing from Pima College.

With some new career goals on the horizon, running goals might take a back seat for the time being. Still, Richter said she'll figure something out soon enough.

"I've run (a marathon) in France," she said. "I've heard about a club called the Seven Continents, but my husband said, 'I don't think so.'"

Tuesday's event was the latest community event hosted by the Roadrunners since the start of the coronavirus pandemic.

"Women in India don't have access to basic health care. And the topic of menstruation, they don't talk about it," the University of Arizona student said. Her project helps to provide education and access to menstrual supplies to women across India.

A $3 million renovation will nearly double Emerge Center Against Domestic Abuse's capacity to shelter survivors, as calls for help are increasing during the pandemic but people are finding it harder to leave abusers, says the nonprofit's CEO.

For Star subscribers: Pima County's new, award-winning program is just the third in the nation to allow an arrestee to get treatment and an opportunity to avoid charges before indictment, and the only one focusing on felony drug cases.

"That's what sports is supposed to be about: community coming together to cheer for a unified interest."

For Star subscribers: Tucson police recently gave six known drug dealers a chance to turn their lives around and avoid prosecution that could send them to prison for years. It was the first time Tucson has used this strategy, found to be effective in other cities in reducing drug sales and violent crime.

Anita Maryskova's case highlights an ongoing problem and a process that fails some of the most skilled job candidates, one expert says. 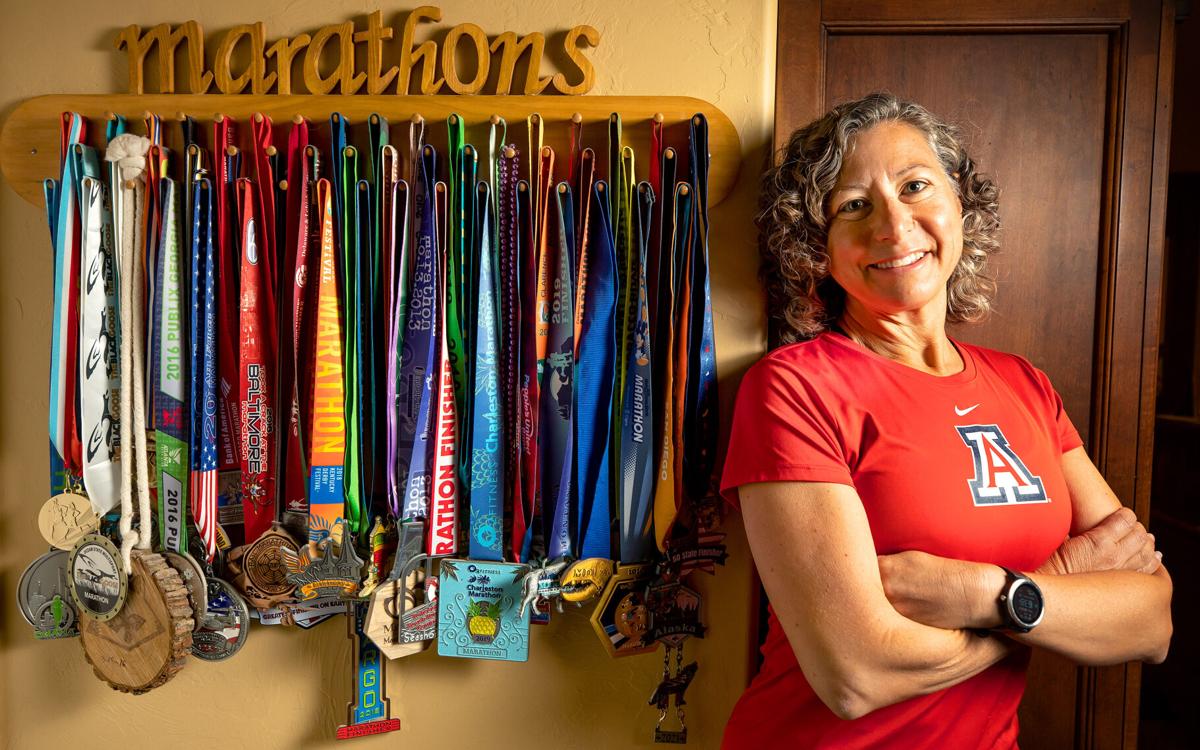 Runner Allison Richter poses for a portrait next to her 50 marathon medals at her home just outside of Tucson. Richter, whose goal was to finish running marathons in all 50 states this year before turning 50 years old, completed her goal this year. 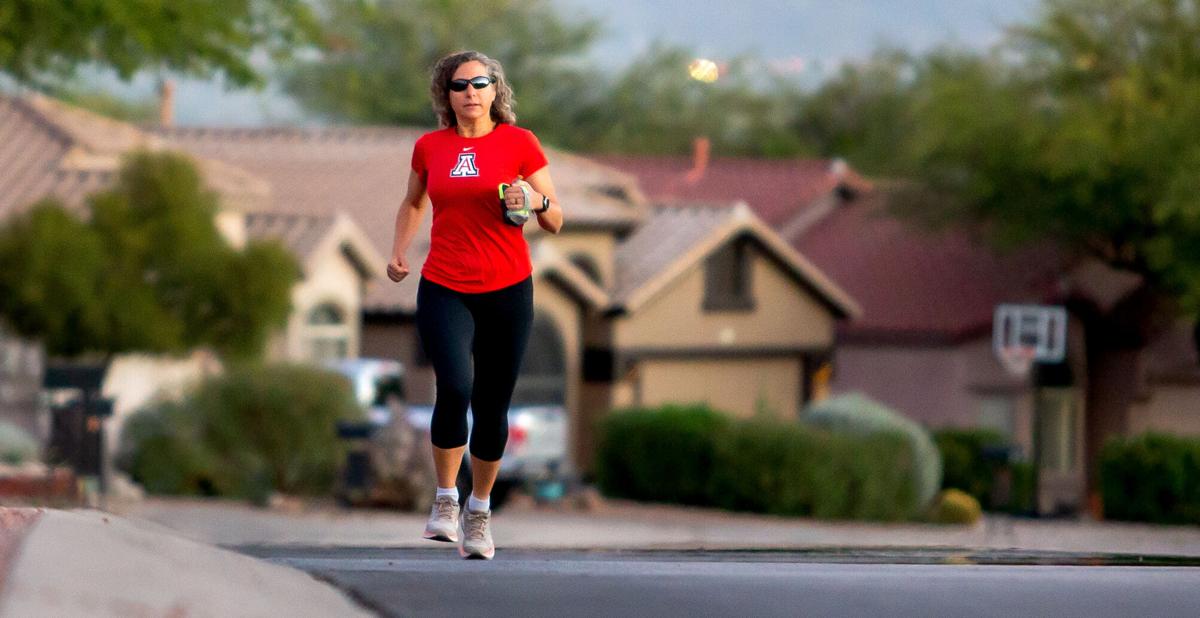 Allison Richter took up running as a way to do something for herself and lose weight. In the 17 years since, she's run 50 marathons in 50 states. 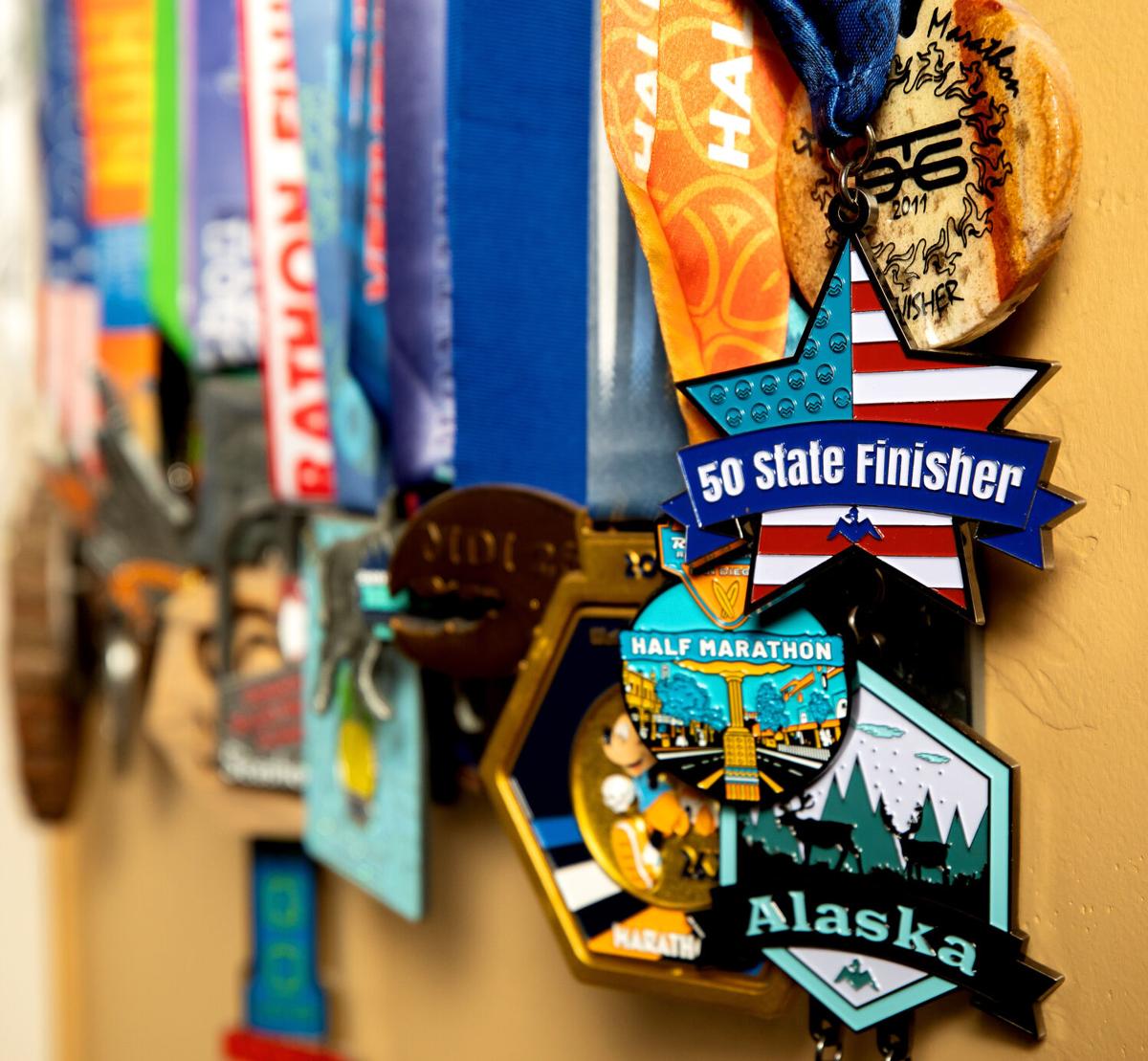