The 17-game, 18-week NFL regular season came to a close last week. It was another year of production for several Tucsonans and former Arizona Wildcats in the NFL.

Here’s a look at how each one fared, along with their postseason matchup if their respective teams qualified for the playoffs:

Tucson connection: Brightwell is a former UA running back.

The rundown: As a rookie backup to Saquon Barkley and Devontae Booker, Brightwell had one rush and one reception in the Giants’ 4-13 season. In December, Brightwell returned to Tucson with his Giants teammates. The club practiced at the UA football facilities.

The rundown: The former BYU star was an undrafted addition to the Raiders’ practice squad, then signed with Kansas City just before the playoffs.

The rundown: The former Idaho standout played on the Jaguars’ practice squad before making his NFL debut on Jan. 2.

The rundown: As a backup strong safety and nickel back, Cruikshank tabbed 43 tackles during the regular season for the top-seeded Titans. He added one pass deflection.

What’s next: The top-seeded Titans have a first-round bye.

The rundown: As a linebacker-safety hybrid and special teams standout, Flannigan-Fowles totaled 29 tackles in the regular season. He played 163 defensive snaps.

The rundown: “St. Nick” delivered once again as the backup quarterback, when the Bears outlasted the Seahawks 25-24 in snowy Seattle on Dec. 26. Foles went 24 for 35 for 250 yards and a touchdown. Foles is entering the final season of his three-year, $24 million contract with Chicago.

The rundown: ’Twas a memorable year for one of the greatest tight ends of all time. After catching a football dropped over 600 feet from a helicopter at his old stomping grounds in Tucson, Gronkowski had 55 catches for 802 yards and six touchdowns with the Bucs. His seven-catch, 137-yard performance to end the regular season delivered an additional $1 million in contract bonuses. Now Gronk looks to become the only Pac-12 product in conference history to win five Super Bowls.

The rundown: After he was waived by the Detroit Lions and Seattle Seahawks, Johnson signed a practice-squad deal with the Raiders in November.

The rundown: The sixth-round pick of the 2021 NFL draft recorded 31 tackles. His first and only sack was against the Miami Dolphins in November. Lopez’s salsa dancing celebration after the sack trended on social media for that weekend.

The rundown: A torn ACL robbed Martinez of the second year of his three-year, $30.7 million deal in New York.

The rundown: The former Bronco, Eagle and Chief was a free agent until November, when he signed a practice-squad deal with the 49ers. He moved on to the Dolphins before being added to the Jets’ active roster on Dec. 21. He finished 2021 with nine tackles and one pass deflection.

Tucson connection: Taylor is a former Arizona running back

The rundown: Taylor rushed 19 times for 37 yards and two touchdowns.

The rundown: Wallace finished the regular season with 58 tackles and two interceptions. He moved back in to the starting lineup following an injury to Pro Bowl cornerback Tre’Davious White.

The rundown: In two appearances this season, Whittaker had three tackles.

The former Arizona safety has become a key special-teams player for San Francisco, which faces Dallas in a wild-card game Sunday.

By the numbers: How Arizona continued its mastery of Colorado at McKale

How Arizona pulled away in the second half to improve to 13-1 this season.

The former UA and NFL football player talks about why he signed three Wildcats athletes to NIL deals and much, much more.

QB Burmeister was committed to the Wildcats - twice - before signing with Oregon and transferring to Virginia Tech.

Arizona football insider: 15 insights and tidbits about the new-look Wildcats

Breaking down the UA offensive line, new QB Jayden de Laura and other elements of the refurbished roster. 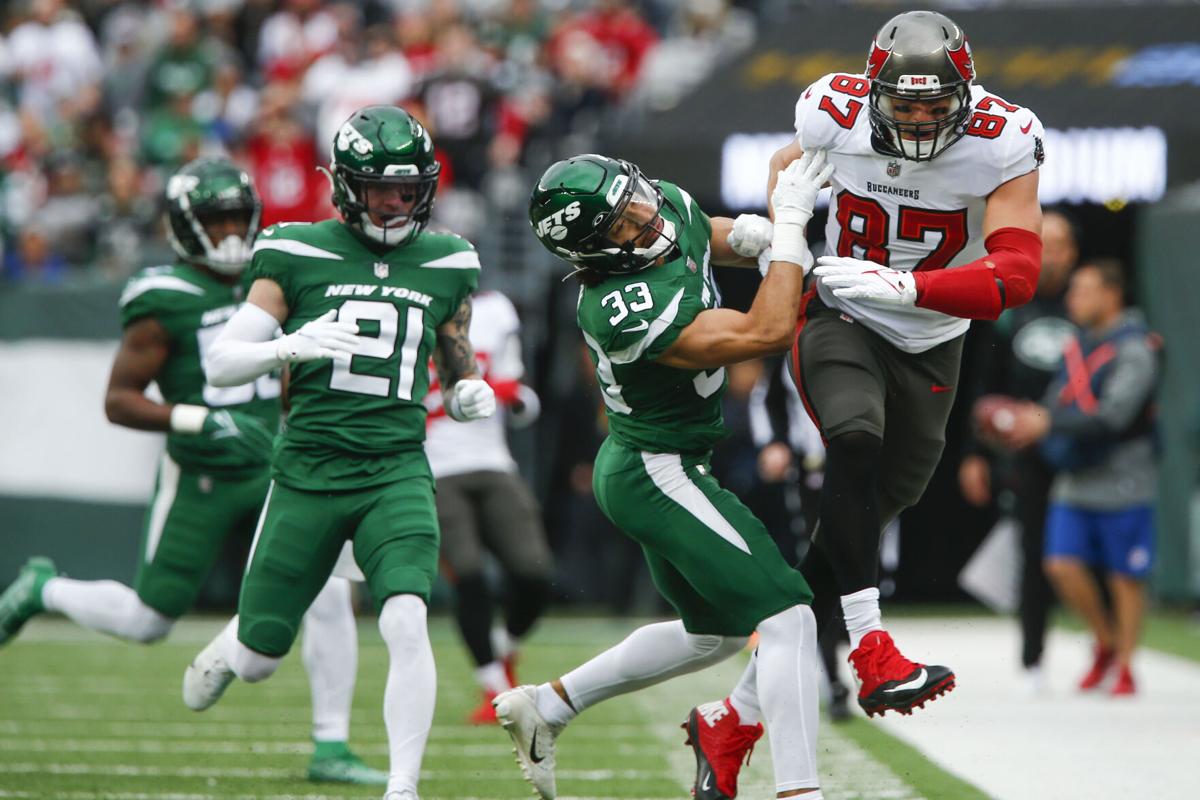 Tampa Bay's Rob Gronkowski, right, runs away from a crowd of Jets defenders during their Jan. 2 game. 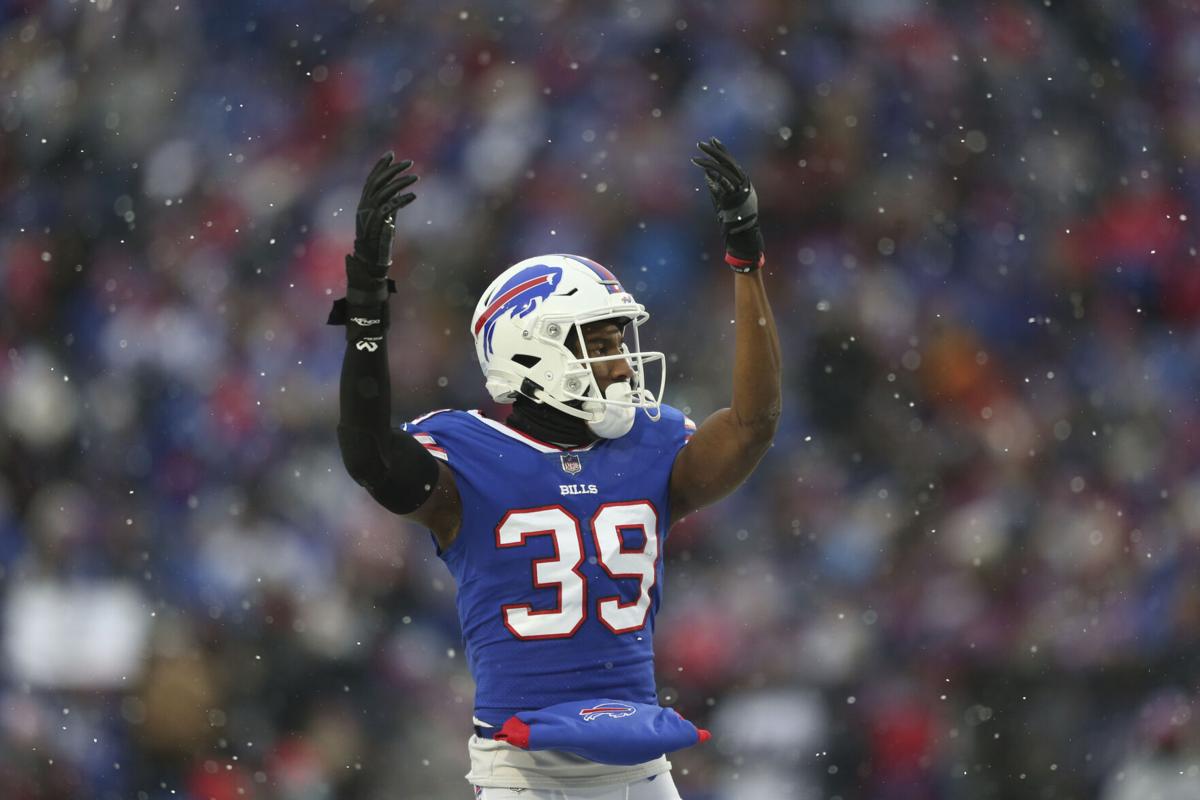