TEMPE — The Arizona Cardinals didn’t play particularly well for three quarters, gave up a stunning 109-yard touchdown just before halftime on a missed field goal and still rallied to win an NFL game on the road by nearly two touchdowns.

“It was ugly, but we got it,” Cardinals quarterback Kyler Murray said.

For a franchise trying to make the playoffs for the first time since 2015, that represents a whole lot of progress.

Arizona beat Jacksonville 31-19 on Sunday despite trailing for a big chunk of the afternoon. The Cardinals fell behind 13-7 just before halftime when Matt Prater’s 68-yard field goal attempt fell just short and was returned 109 yards for a touchdown.

It was quite the metaphorical kick to the stomach.

Arizona got over it quickly.

“That’s about as big a moment of adversity as you can face in an NFL football game, to have something like that happen right before the half, and guys didn’t blink,” Kingsbury said. “Even when we went down two scores, guys didn’t blink. I was really proud of that effort.”

Murray completed 28 of 34 passes for 316 yards, James Conner ran for two touchdowns and Byron Murphy Jr. had a crucial interception return for a touchdown to give the Cardinals the lead late in the third quarter. Arizona’s defense allowed just 13 points and stepped up in the second half.

Could the Cardinals be playing better? Sure.

But that’s also what makes this undefeated start so encouraging.

“We’re 3-0. That’s all that matters, man,” receiver A.J. Green said. “We can clean up those things. Whatever we’re doing, as long as we keep winning, keep putting this thing together, man, the sky’s the limit for us.”

Arizona’s depth. The Cardinals have two solid running backs, four productive receivers, plugged two holes on the offensive line after injuries on Sunday and keep getting contributions from all over the defense. The stars are still Murray, WR DeAndre Hopkins, DE J.J. Watt and LB Chandler Jones, but it has become clear this team is far from top heavy.

The running game. It wasn’t terrible against Jacksonville, but also wasn’t great, gaining 91 yards on 30 carries. The Cardinals were able to make some big short runs in the red zone: Conner had two short TDs and Murray added another.

Murphy. His 29-yard interception return for a touchdown late in the third quarter gave the Cardinals a 24-19 lead they wouldn’t relinquish. The Cardinals gambled when they let three-time All-Pro CB Patrick Peterson leave for Minnesota in free agency, but Murphy, veteran Robert Alford and rookie Marco Wilson have helped fill the void.

Prater. He’s still one of the league’s best kickers and no one is giving him a hard time for just missing a 68-yard attempt that would have been an NFL record. But Kingsbury might think twice before trotting Prater onto the field for another one of those long bombs after the Jaguars returned Sunday’s for the 109-yard touchdown.

The Cardinals are banged up on the offensive line. Both guards — Justin Pugh and Justin Murray — left with back issues and their return is questionable for Week 4 against the Rams. Special teams ace Charles Washington hurt his hamstring and Kingsbury said he’ll be out at least one game.

82.4%. — The completion percentage for Murray against Jacksonville after connecting on 28 of 34 passes, which was a career high. Murray had a bad interception in the third quarter but continues to do a lot of things right. He completed 80.6% of his passes in Week 2 against Minnesota and has become the first QB in franchise history to complete at least 80% of his passes in two straight games.

The Cardinals are 3-0 despite not playing that well the past two games. Arizona probably won’t have as much leeway this coming Sunday against the LA Rams, who are also undefeated and coming off a win against defending Super Bowl champion Tampa Bay.

The Ducks are the lone unbeaten team in the kingdom of defeat; Arizona still last in ratings.

The Suns returned to preseason camp Monday, barely two months after losing to the Milwaukee Bucks in six games in the Finals. 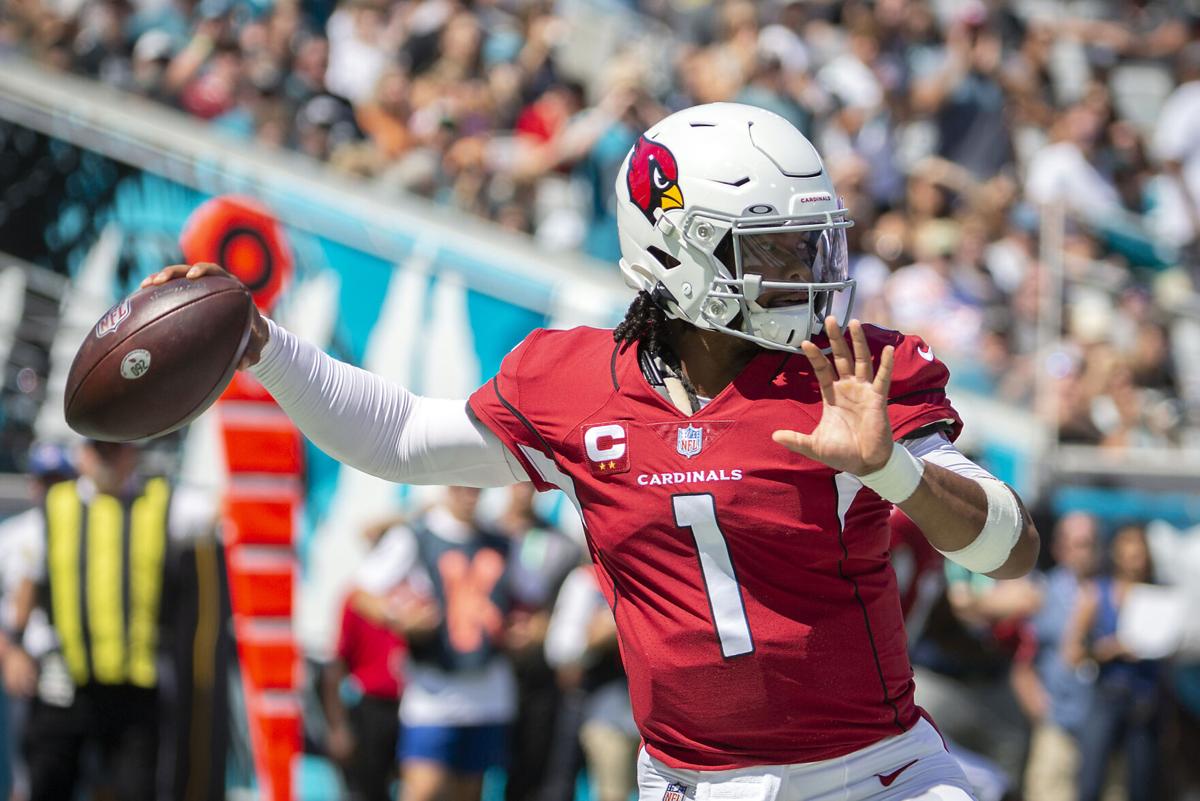 Arizona Cardinals quarterback Kyler Murray (1) throws a pass against the Jacksonville Jaguars during the second half of an NFL football game, Sunday, Sept. 26, 2021, in Jacksonville, Fla. 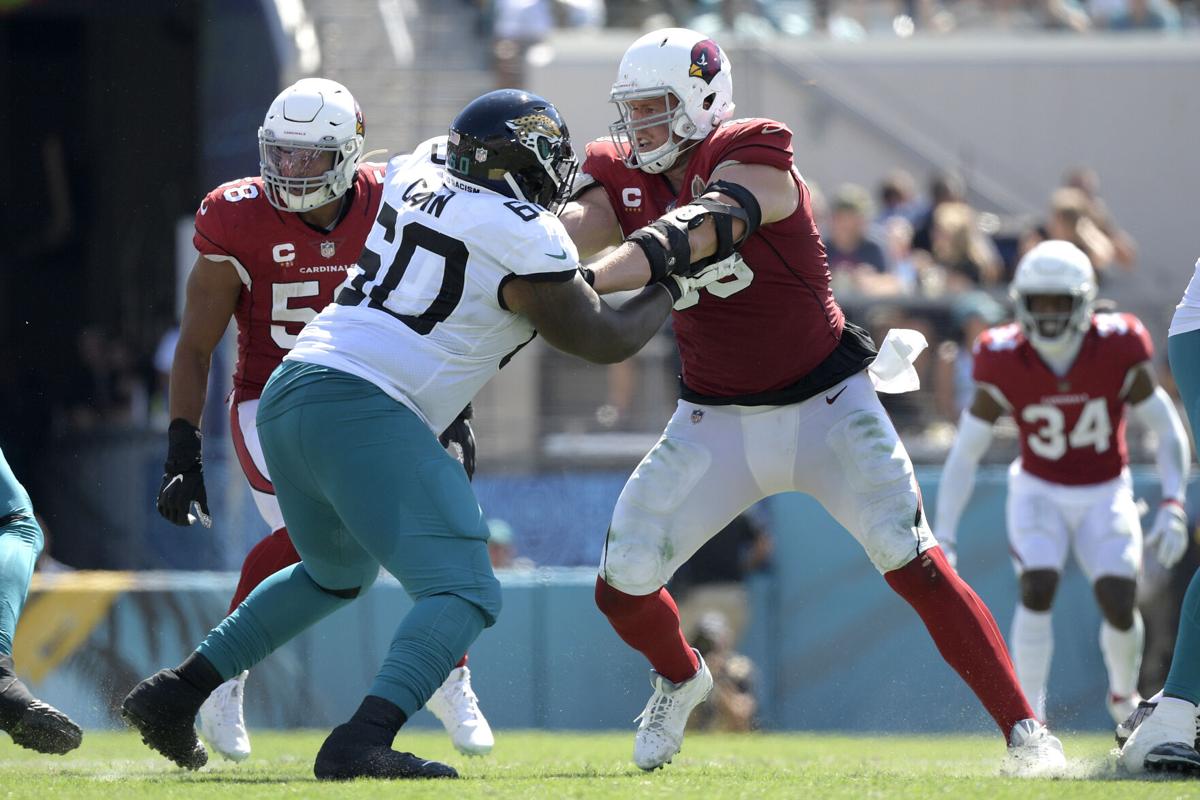 The Cardinals have some stars such as defensive end J.J. Watt (99), but the team's overall depth has been one of the biggest keys to the 3-0 start.