SEATTLE — Colt McCoy was outstanding filling in for Kyler Murray, throwing for 328 yards and two touchdowns, and the Arizona Cardinals beat the Seattle Seahawks 23-13 on Sunday.

For the second straight season, McCoy was a backup thrust into a starting role in Seattle and walked away with a victory. Last year, McCoy was with the New York Giants. This season, it was with Murray missing a third straight game due to an ankle injury.

McCoy went 35 of 44 and thoroughly outplayed Seattle’s Russell Wilson in his first home start since undergoing finger surgery. McCoy threw touchdown passes of 1 and 2 yards to Zach Ertz in the first half, got a bit of luck in the third quarter when a potential interception was overturned on replay, and had his first 300-yard passing game since 2014.

Arizona (9-2), which now has the NFL’s best record again, had scoring drives of 92 and 82 yards in the first half that ate up 16 minutes. The Cardinals ran off another 7½ minutes early in the fourth quarter but Matt Prater missed his second field goal attempt, from 36 yards to give Seattle hope.

After 20 straight offensive drives without a touchdown, DeeJay Dallas scored on a 2-yard run with 7:08 left to pull Seattle within 16-13. The drive was keyed by a 48-yard pass to Tyler Lockett.

But McCoy put the game away with another terrific possession that included a 20-yard pass to Ertz on third-and-7 and two designed runs for first downs. James Conner capped the drive with a 1-yard run with 2:20 left that sent Seattle fans streaming for the exits.

Ertz had eight catches for 88 yards and Rondale Moore at 11 receptions as the Cardinals used a variety of options to make up for the absence of injured DeAndre Hopkins.

And they may have helped provide the final blow to Seattle’s lifeless season.

The Seahawks (3-7) lost their second straight and for the fifth time in the past six games. Their offense was abysmal, their defense failed to get third-down stops, and Seattle was regularly booed by the home fans after its fourth home loss of the season.

Wilson looked confused and indecisive, and didn’t get help from his receivers at times. Play calling didn’t help, with strange decisions to target Dallas and Penny Hart on key third downs in the second half.

Seattle went 20 straight drives without a touchdown before Dallas’ TD run midway through the fourth quarter. Wilson was 14 of 26 for 207 yards.

Seattle seemed to get the break it needed midway through the third quarter. Sidney Jones intercepted McCoy and returned the pick to the Arizona 11. But after a lengthy review, officials ruled the ball hit the ground and the interception was overturned. Arizona punted — a 67-yard difference in field position for Seattle.

Seattle punted on five of its first seven possessions and Wilson was sacked four times, 2½ coming from Chandler Jones.

Seattle rookie CB Tre Brown appeared to suffer a significant knee injury late in the first half. Brown was down for several minutes and limped directly to the locker room. The Seahawks were already without starting CB D.J. Reed, who was inactive.

Seattle RB Rashaad Penny ran for 18 yards on the first play and immediately went to the injury tent. He never saw the field again in the first half, but returned at the start of the third quarter.

Cardinals: Arizona is on its bye next week. The Cardinals will next play at Chicago on Dec. 5.

Seahawks: Seattle is at Washington on Monday, Nov. 30.

All week, Star columnist Greg Hansen is counting down the five best Territorial Cup games of all time. Up first: No. 5.

CDO runs all over Lake Havasu, advances to first state football quarterfinals since 2014

“For us to get our season-high in rushing in a playoff game, that says it all. … We won the run-game battle, and most of the time in football that’s what seals the deal."

Clarity has come to the South, but the North remains murky entering the final weekend.

Arizona will play three games in three days this week at the Paradise Jam against Vanderbilt, Rutgers and DePaul. 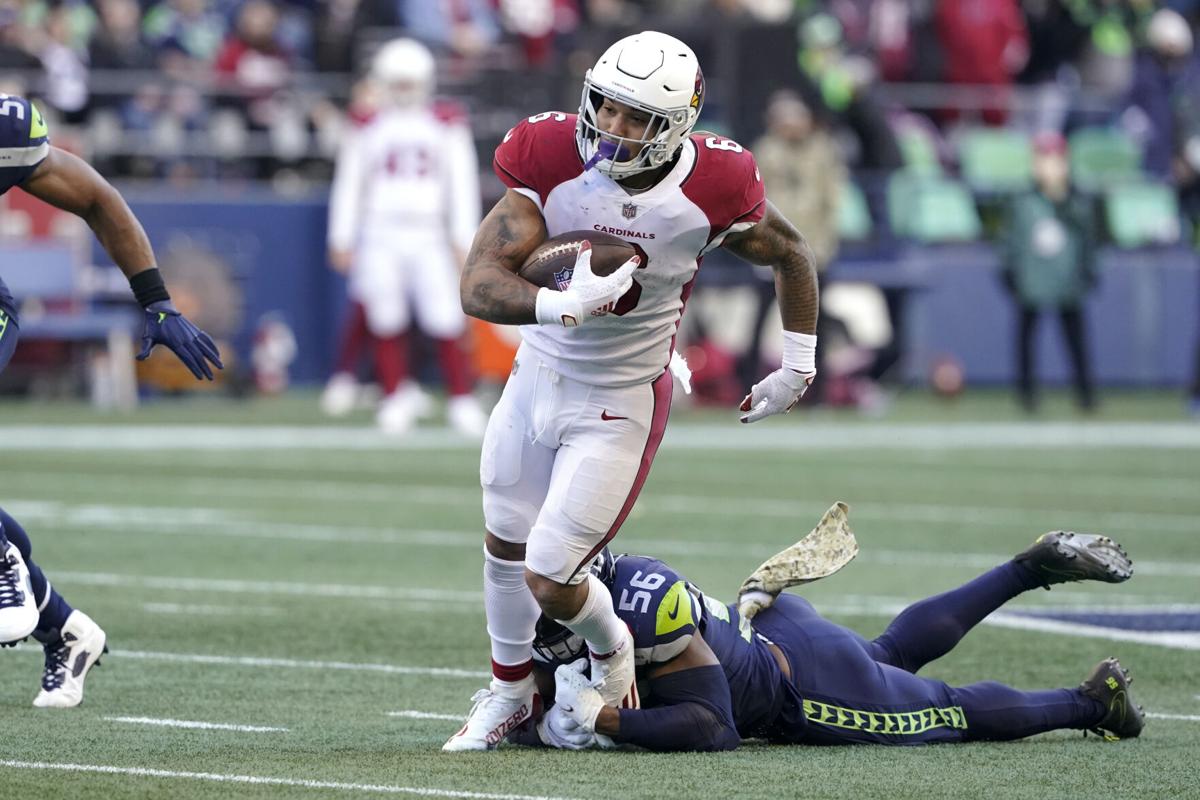 Cardinals running back James Conner carries as Seattle's Jordyn Brooks defends during the first half of Arizona's 23-13 win on the road Sunday. The Cardinals improved to 9-2. 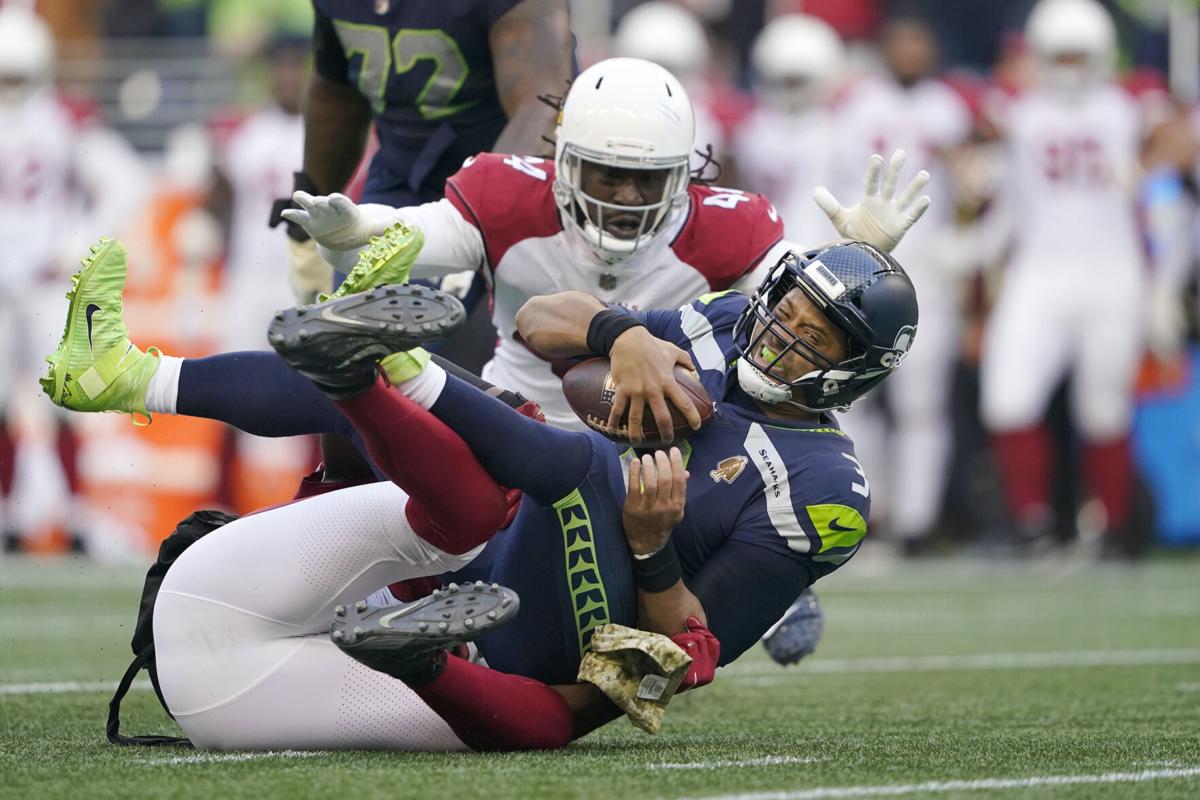 Seattle quarterback Russell Wilson is sacked by Arizona's Chandler Jones, bottom, as Markus Golden moves in on top during the second half.