Theme of the week I: South collapse

The division we continue to believe is the strong of the two had an atrocious Saturday, with an 0-5 record in non-conference play, including the Pac-12’s second loss to an FCS opponent (Arizona to Northern Arizona).

It was eerily similar to the North’s abysmal performance in Week One, when Washington, WSU, Cal, Stanford and Oregon State all lost.

With 23 of the 26 non-conference games in the books, the Pac-12 is 3-6 against the Power Five, which isn’t good, and 6-8 against teams from the Group of Five, which is terrible.

(We’re including BYU in the Group of Five even though Cougars would clearly be a strong threat to win the Pac-12 South.)

All in all, the conference has 16 losses outside of league play. By comparison, the Big Ten has seven and the SEC has six.

Utah, Colorado, Arizona, USC and Washington State switched quarterbacks, either because of injury or performance. Three of the changes (USC, Arizona and Utah) could be permanent.

In our view, the collective quarterback play is the worst it has been in recent memory.

An early candidate for game of the year, thanks mostly to five touchdowns in the fourth quarter and the performance of FSU quarterback Jake Haener, who threw for 455 yards, played through a hip injury and set the standard for toughness and clutch play for every QB in the Pac-12. Haener spent two years in a Washington uniform before transferring. A handful of Pac-12 programs could use him right about now.

The Utes were lifeless on offense and trailed 24-10 entering the fourth quarter when they benched Charlie Brewer and inserted former starter Cameron Rising. He produced two touchdowns in the final five minutes to force overtime in a duel that reminded us of the glory days of the wacky WAC.

Team of the week: USC

The Trojans endured a coaching change, then an airplane scare — their plane tipped back onto its tail while on the tarmac in Lewiston, Idaho — nobody was injured — and then an awful first quarter against Washington State. But after Kedon Slovis left the game and freshman Jaxson Dart was able to settle in, they pulverized the Cougars with 45 consecutive points to give interim coach Donte Williams a victory in his debut.

Generally speaking, Pac-12 officiating has been quite good through three weeks (in contrast to, for example, the SEC.) But officials appeared to blunder in the third quarter when Cougars edge rusher Brennan Jackson was called for roughing Dart on a third-down pass. Instead of being forced into a field-goal attempt while trailing 14-7, the Trojans were awarded a second chance and converted the touchdown. It was a huge momentum swing and a badly missed call that reminded us of the time the Pac-12 general counsel phoned into the replay command center during the USC-WSU game in 2018.

Were we to include Pac-12 opponents, then Fresno State’s Haener would be the landslide winner. (He was Minshew-esque.) But of the players in Pac-12 uniforms, Dart stands out for his poise, production and improvisation: The true freshman threw for 391 yards and four touchdowns and just might have saved USC’s season.

No-show team of the week: Colorado

There are several candidates — too many candidates, in fact. But amid the carnage, the Buffaloes stand alone in the 30-0 loss to Minnesota. They managed just 63 total yards in a performance straight out of the 1940s that made Washington’s effort against Montana look good by comparison. Give CU coach Karl Dorrell credit for candor: “That was a complete, I would say, beatdown in every way.” But will he make changes that are clearly necessary for a team that hasn’t scored in seven quarters?

No-show team of the season: Arizona

The Wildcats peaked in their 24-16 loss to Brigham Young in Week One. Since then, they have been blown out by San Diego State and stunned by NAU. That triple-whammy extended the nation’s longest losing streak to 15 games. The Wildcats visit Oregon this week, then host UCLA before their next reasonable chance to end the skid — at Colorado on Oct. 16.

No-drama state of the week: Oregon

As events roiled the conference from Tucson to Pullman and from Pasadena to Boulder, it was a yawner of a Saturday in the Willamette Valley. The Beavers and Ducks combined to beat Idaho and Stony Brook 90-7. The lone notable event was a first-half injury to Oregon quarterback Anthony Brown; initial reports indicate the issue is not believed to be serious.

The Sun Devils committed four turnovers and 16 penalties in the loss to BYU. We’re not sure if they looked poorly coached or simply un-coached; either way, it was awful. And the soft early schedule clearly didn’t help. ASU didn’t need to be sharp against Southern Utah and UNLV.

Slow-starting team of the week: Utah

The offense managed only a field goal over the first 45 minutes of play against San Diego State. This, after the Utes had a mere seven points through three quarters of the Week Two loss to BYU and only 19 points at halftime against Weber State.

Quiet successes of the week: Washington, Cal and Stanford

With so much attention on the Pac-12’s shortcomings, we should take a moment to note three results: UW’s blowout of Arkansas State, which provided temporary relief from the angst over the offense; Cal’s victory over Sacramento State, which ended the mini-losing streak (two games); and Stanford’s cross-country pounding over Vanderbilt. Had you told David Shaw he’s emerged from the opening weeks with a 2-1 record, he would assuredly been quietly content.

Game of this week: UCLA at Stanford

In a weekend devoid of top-25 collisions, this is the only pairing in which both teams have winning records and no losses in conference play. Kickoff is 3 p.m. on the Pac-12 Networks.

The Pac-12 officially has an unofficial playoff contender after Oregon’s victory at Ohio State.

Pac-12 Hotline: The process behind the weekly ESPN and Fox football selections

ESPN and Fox have own priorities when it comes to picking Pac-12, other college football kickoff times.

UA falls to last after blowout home loss at the hands of San Diego State.

The Pac-12's position has improved immensely in the past two months. That might come as a surprise to fans who have become accustomed to bad news at strategic levels.

Arizona moves to 2-0 with wild 34-33 win Sunday over visiting Minnesota.

The Hotline drops Arizona to 13th (in a 12-team league) after its embarrassing home loss to NAU.

Pac-12 Hotline: Here's why the Pac-12 is struggling in nonconference play

The Pac-12’s collective performance has reignited the narrative that it’s a step behind the other Power Five conferences:

The losers will slide to the periphery of the bowl picture and need five wins in their final eight games to qualify for the postseason.

Looking back at a Saturday that included the Beavers routing the Trojans to end a six-decade losing streak at the Coliseum. 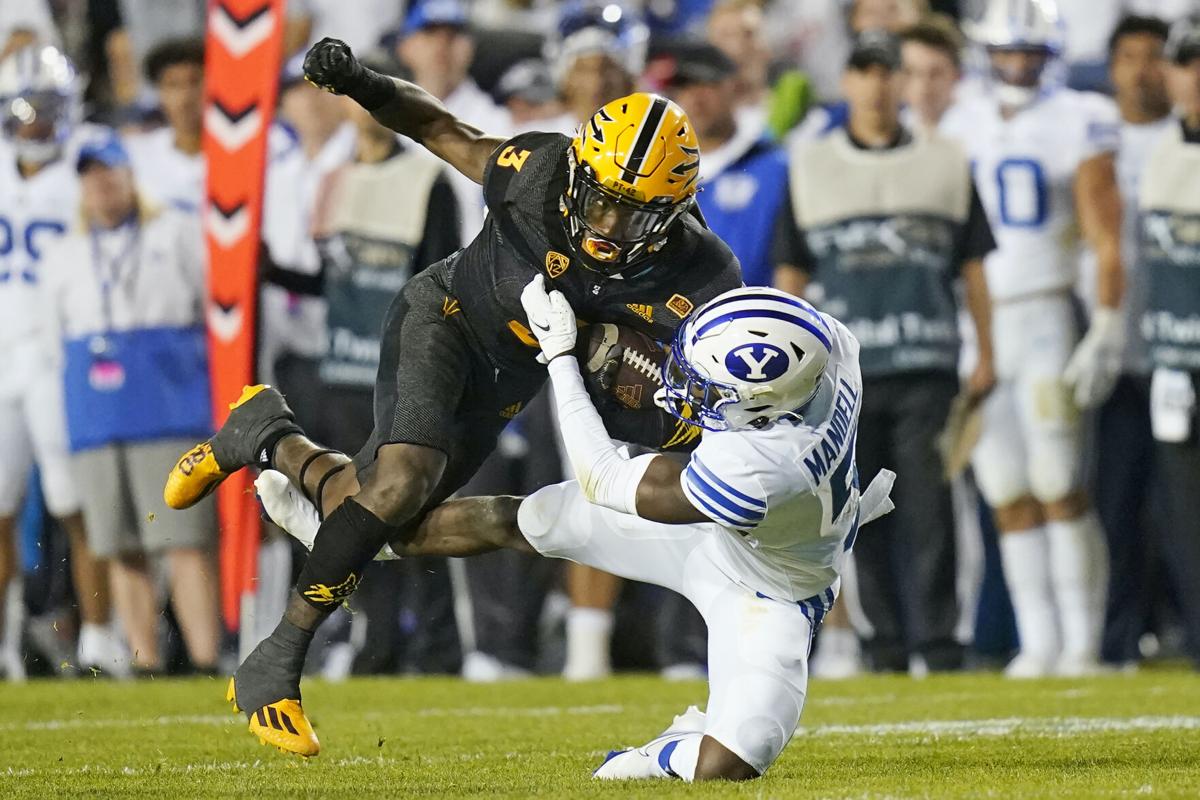 BYU defensive back D'Angelo Mandell tackles Arizona State running back Rachaad White in the second half Saturday night. The Cougars have beaten Pac-12 teams Arizona, Utah and ASU to start their season. 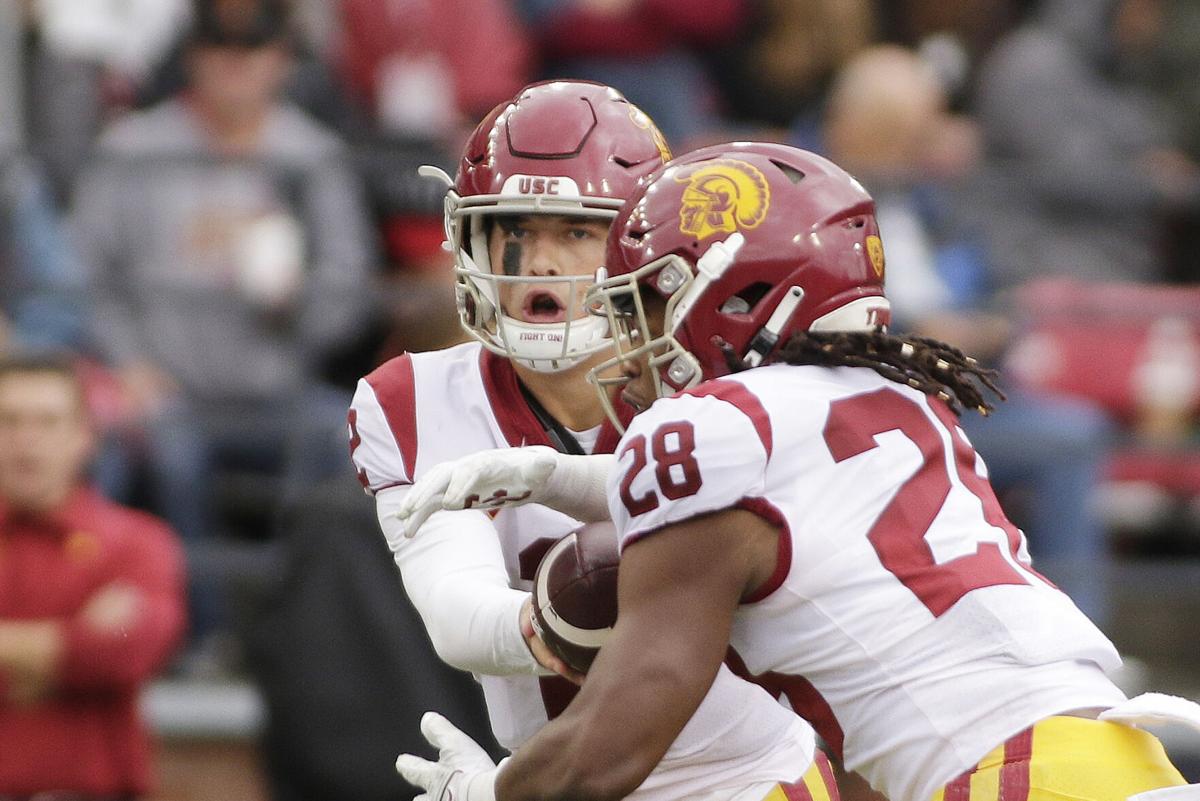 Southern California quarterback Jaxson Dart, left, hands the ball to running back Keaontay Ingram during the second half. Dart helped the Trojans rally from an early deficit to win 45-14. 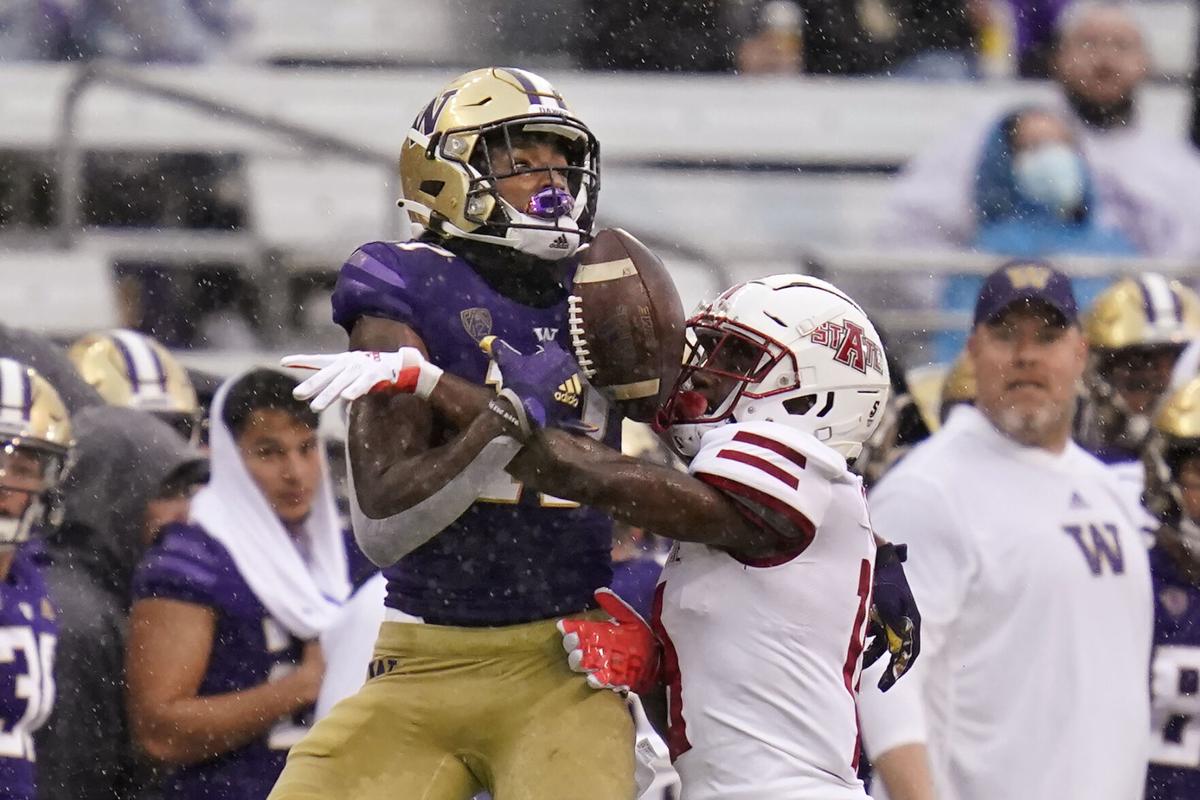 Washington's Taj Davis, left, is tightly defended by Arkansas State's Denzel Blackwell in the first half of the Huskies' win Saturday in Seattle.