In each of the past three seasons, the most impactful newcomer in the Pac-12 has been a quarterback.

The streak began with the Mustache Man, Washington State’s Gardner Minshew, continued with USC true freshman Kedon Slovis in 2019 and then Washington rookie Dylan Morris, who only played four games last fall but led his team to a division title.

There are more qualified arrivals this season than in the past, thanks to extreme transfer portal churn and the easing of eligibility restrictions, both by the NCAA and the Pac-12.

But as we survey depth charts and assess division contenders for ’21, the Hotline’s crack research staff came to a familiar conclusion: The newcomer most likely to have the greatest impact is a quarterback.

In this case, Salt Lake City is his home base.

Note: We defined newcomers as players or assistant coaches/coordinators who were not with the team last year.

1. Utah quarterback Charlie Brewer. The Baylor transfer, who threw 65 touchdown passes in the Big 12, will start the opener for a team that has everything else in place for a division title. Don’t be surprised if his impact on the conference approaches Minshew’s level, only without the flair.

2. Arizona defensive coordinator Don Brown. The mastermind of elite defenses during his tenure at Michigan was arguably the most ballyhooed coordinator hire in the conference. Even if his impact reaches just 50% of expectations, Brown should mold Arizona’s personnel into a respectable unit.

3. Oregon State quarterback Sam Noyer. An Oregon native, Noyer transferred in the spring after an all-conference season at Colorado and looks like the Week One starter with Tristan Gebbia experiencing lingering hamstring issues. (Returnee Chance Nolan is also in the competition.) The difference between Noyer and Brewer: We don’t believe the former is the difference between a division title and middle-of-the-pack finish; the latter might be.

4. Washington nickelback Brendan Radley-Hiles. The former multi-year starter for Oklahoma could have a compounding impact in Seattle that fuels a division title. He plays a key position, is filling a major void (Elijah Molden’s position) and could be the missing piece for a secondary that has enough talent elsewhere to become a dominant unit.

5. USC running back Keaontay Ingram and offensive line coach Clay McGuire. We created a combined entry because of the inseparable roles they occupy in revitalizing USC’s running game. Ingram rushed for more than 1,500 yards at Texas while McGuire is an Air Raid specialist. If they attain maximum impact, the result could push the Trojans over the top in a rugged division.

6. Oregon defensive coordinator Tim DeRuyter. The Ducks lost one of the top defensive play callers in the conference (Andy Avalos) and replaced him with another of the best. DeRuyter transformed Cal’s defense when he arrived with Justin Wilcox in 2017 and will have more talent at his disposal in Eugene. A first-class hire by Mario Cristobal.

7. UCLA tailback Zach Charbonnet. We pegged the Michigan transfer for an all-conference season last week and feel reasonably confident in that selection after he overpowered Hawaii for 106 yards and three touchdowns. There is at least one internal obstacle, however: opportunities. Brittain Brown will get his fair share of the carries, as well.

8. Colorado left tackle Max Wray. The former ESPN300 recruit and Ohio State reserve is expected to start at a vital, and treacherously thin, position for the Buffaloes. We considered linebacker Robert Barnes, a transfer from Oklahoma, as CU’s top newcomer. But that position is arguably the strongest on the team with Nate Landman and Carson Wells. The Buffs need far more help up front.

9. Arizona State receiver Bryan Thompson. An offense seemingly loaded everywhere else is seeking a No. 1 option for quarterback Jayden Daniels now that Frank Darby has moved to the NFL. With so many inexperienced or unproven returnees, ASU’s aerial efficiency depends partly on the Utah transfer, who averaged 25 yards per catch two years ago.

10. Cal defensive lineman Luc Bequette. Technically, he fits our description as a newcomer. But before Bequette started 11 games for Boston College last season, he was a multi-year anchor on Cal’s defensive front. His return is that much more important given the loss of Brett Johnson for the season due to injuries sustain in a car accident.

11. Washington State cornerback Kaleb Ford-Dement. The Old Dominion transfer has Power Five-level cover skills and fills a position of need for the Cougars. This selection will look either shrewd or silly in a matter of days, if not hours. We expect Jayden de Laura to win the quarterback competition, potentially limiting the impact of Tennessee transfer Jarrett Guarantano.

12. Stanford offensive line coach Terry Heffernan. Both quarterback candidates (Jack West and Tanner McKee) played last season, eliminating them from consideration. Heffernan spent the 2019-20 season on the Buffalo Bills staff and is considered an upgrade for a unit that used to dominate the division.

Pac-12 Hotline: Timing of expansion decision, future scheduling and goal of the alliance

The conference has formed an expansion working group to plot the next move.

The Pac-12 desperately needs big wins … wins over blue bloods … wins that resonate nationally … wins that change the narrative of a conference left behind. 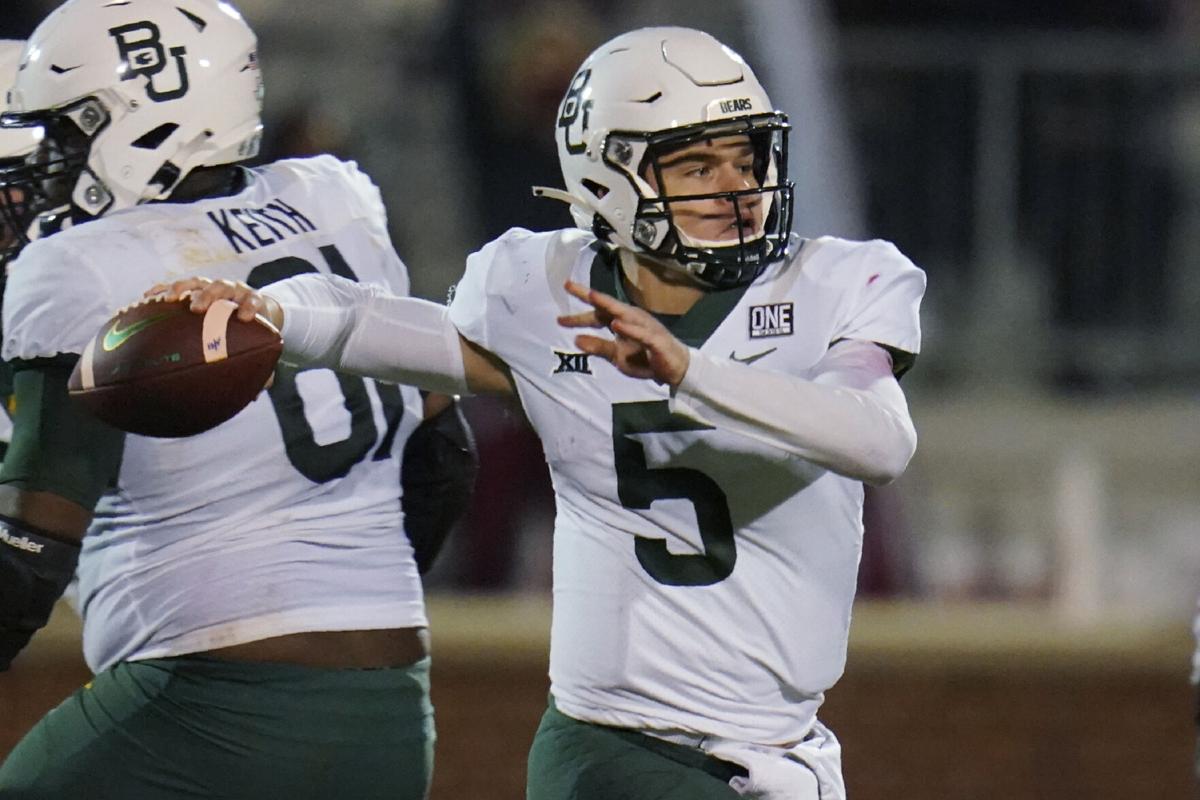 Former Baylor quarterback Charlie Brewer is now at Utah, and gives the Utes a chance to be among the Pac-12's best teams this season. 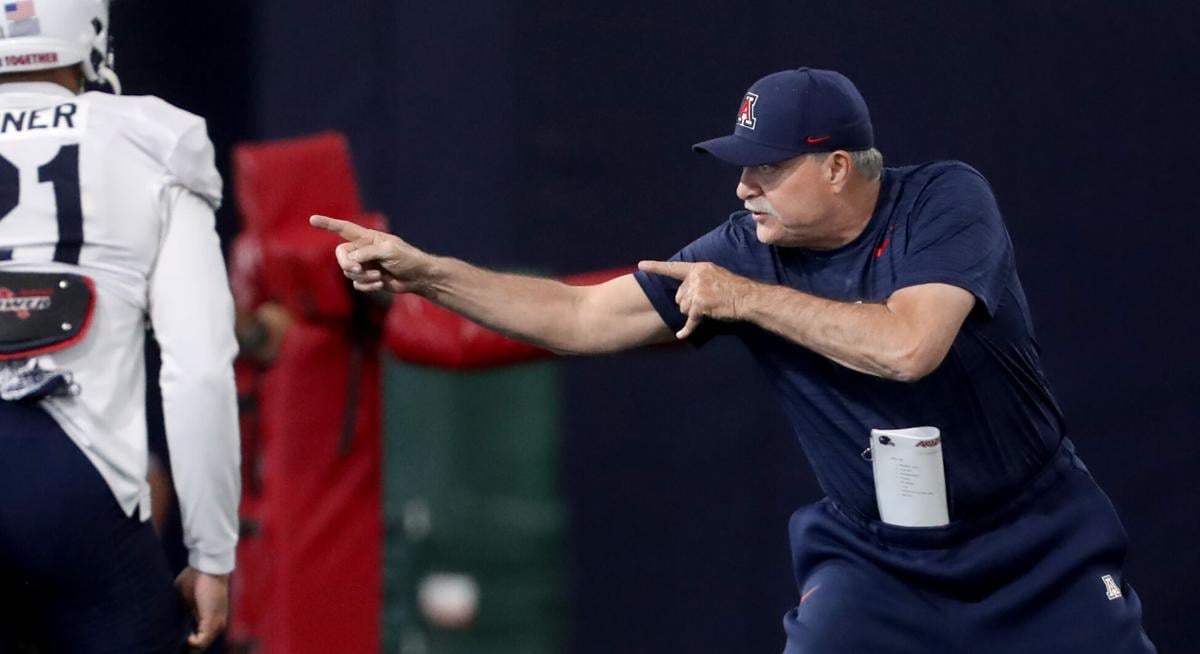 New Arizona defensive coordinator Don Brown is in charge or rebuilding what has been a dismal unit for the Wildcats in recent years. 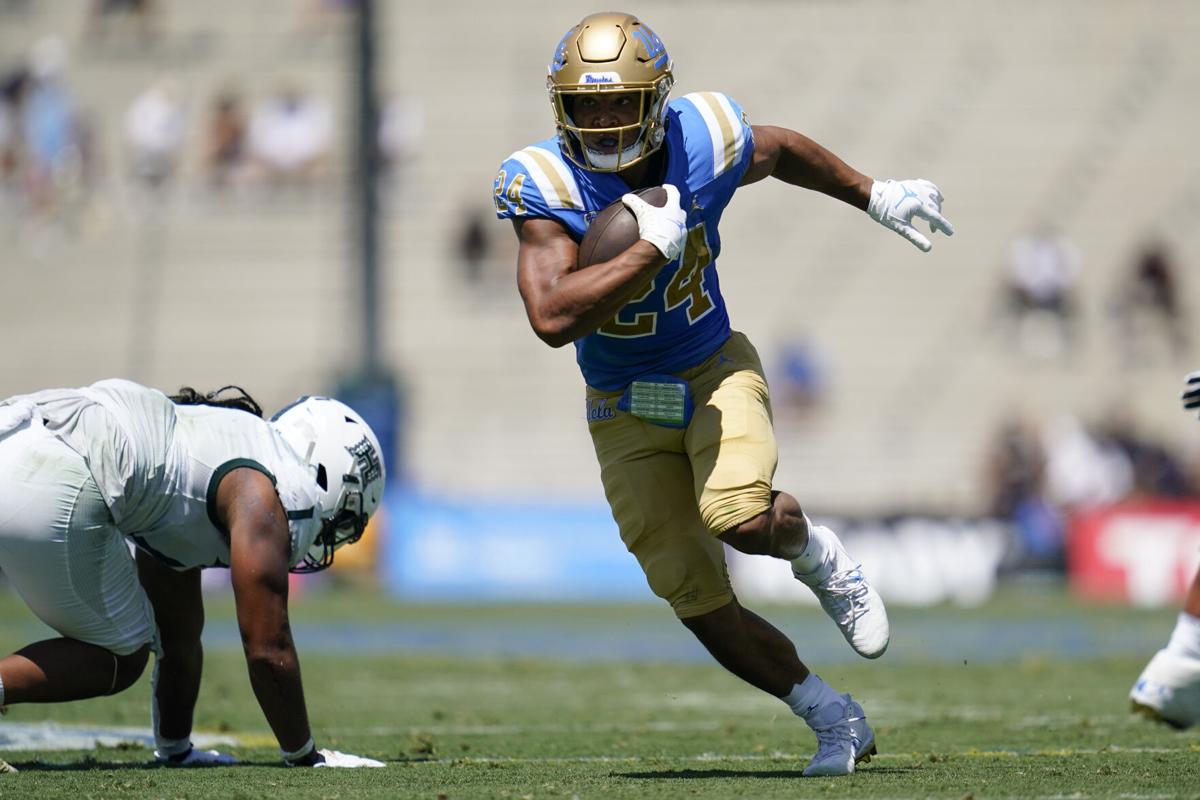 UCLA running back Zach Charbonnet heads to the end zone for a touchdown during the first half of the Bruins' win over Hawaii last week.