When the gunshots started to echo all around Nationals Park, San Diego Padres star shortstop Fernando Tatis Jr. quickly thought about the team's family members and friends in the seats.

Tatis bolted from the bench down the left field line Saturday night, helped open a gate to the stands and began ushering a group back to the dugout for shelter.

“Our family, loved ones, little kids. Feel like somebody needed to go get them,” Tatis said Sunday. “I feel like the safest place was the clubhouse and we were trying to get our families into a safe place.”

The top half of the sixth inning in the game between the Padres and Washington Nationals had just ended in front of about 33,000 fans when several shots were heard on South Capitol Street, just outside the third-base side of the stadium.

But in the moment, no one knew whether the rapid series of shots was coming from inside the ballpark or beyond.

A woman who had attended the game was waiting for an Uber outside the park when she was struck by gunfire, according to a police report. She suffered a graze wound to her back, police officials said.

Police said the other two people who walked into a hospital with gunshot wounds were in stable condition.

Padres manager Jayce Tingler was on his way to see plate umpire Jordan Baker about a pitching change in a game San Diego led 8-4 when the shooting erupted.

“He’s like, ‘Did you hear that?’'' Tingler recalled Baker saying. “I’m like, ‘yeah, I think so’ and it kind of registered what it possibly could have been and obviously it was just a nightmare.”

A chaotic scene quickly developed. As the Padres cleared the field, some fans rushed to leave the stadium while others ducked and tried to hide, looking for cover.

“Everybody running. It was crazy. You couldn’t figure out what was going on. If it was one or two people,” Tatis said. “I was just trying to get to the safest place and get our families.”

Tatis and teammates Manny Machado and Wil Myers drew praise for helping guide — and even carry — fans out of harm’s way.

The game was halted then and completed on Sunday, with the Padres finishing off a 10-4 win. Washington won 8-7 in the regularly scheduled game.

The games went on without incident, quite a contrast from the previous night.

As the shots rang out, Nationals manager Dave Martinez was making sure his players were safe.

Seeing the reaction on the third base side of the stadium, fans on the first base side began fleeing their seats as well. Some of them went down to the field.

“There was a bunch of fans, they were in our dugout and I wanted to get them safe as well,” Martinez said. "We got them in through the tunnel and got them in safely and tried to keep them safe. For me it was just about protecting our people and doing the best I can to stay calm.”

Minutes after the shots were heard, a message appeared on the Nationals Park scoreboard saying that the incident was outside the park and fans should remain inside. About 10 minutes later, fans were instructed to leave by the center- and right-field gates.

“We started to get word that everything happened right outside the stadium,” Tingler said. "That’s when we started to feel a little bit better. You never feel great.”

In a statement Sunday, Washington Mayor Muriel Bowser and team owner Mark Lerner said police don't think “the Washington Nationals, the ballpark or fans were the target" of the shooting.

“We appreciate the tremendous cooperation of the fans at Saturday night’s game who did all that was asked of them under very stressful circumstances, and the police and the fire emergency medical personnel who responded," they said.

The Star's Greg Hansen is counting down the top 100 sports figures in Tucson history. Up next: Norm Patton 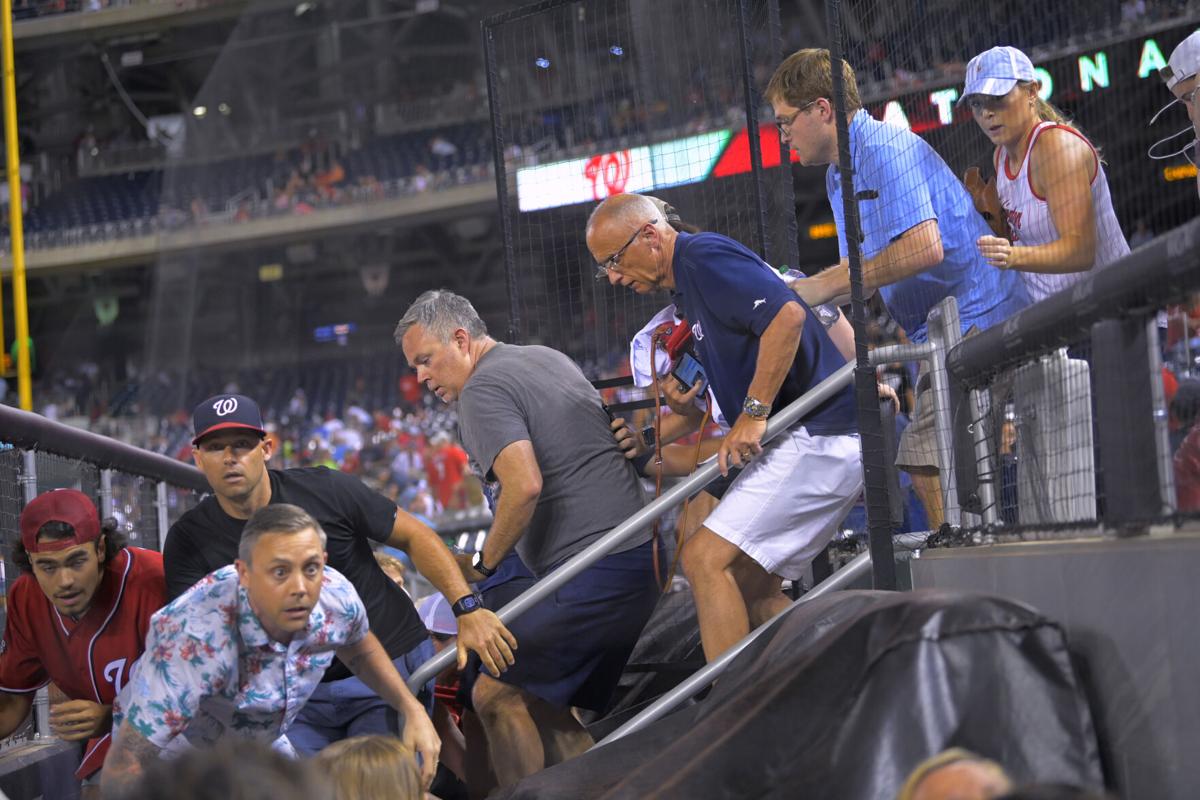 Fans rush to evacuate after hearing gunfire, during a baseball game between the San Diego Padres and the Washington Nationals at Nationals Park in Washington on Saturday July 17, 2021. The game was suspended in the sixth inning after police said there was a shooting outside the stadium. (=John McDonnell/The Washington Post via AP) 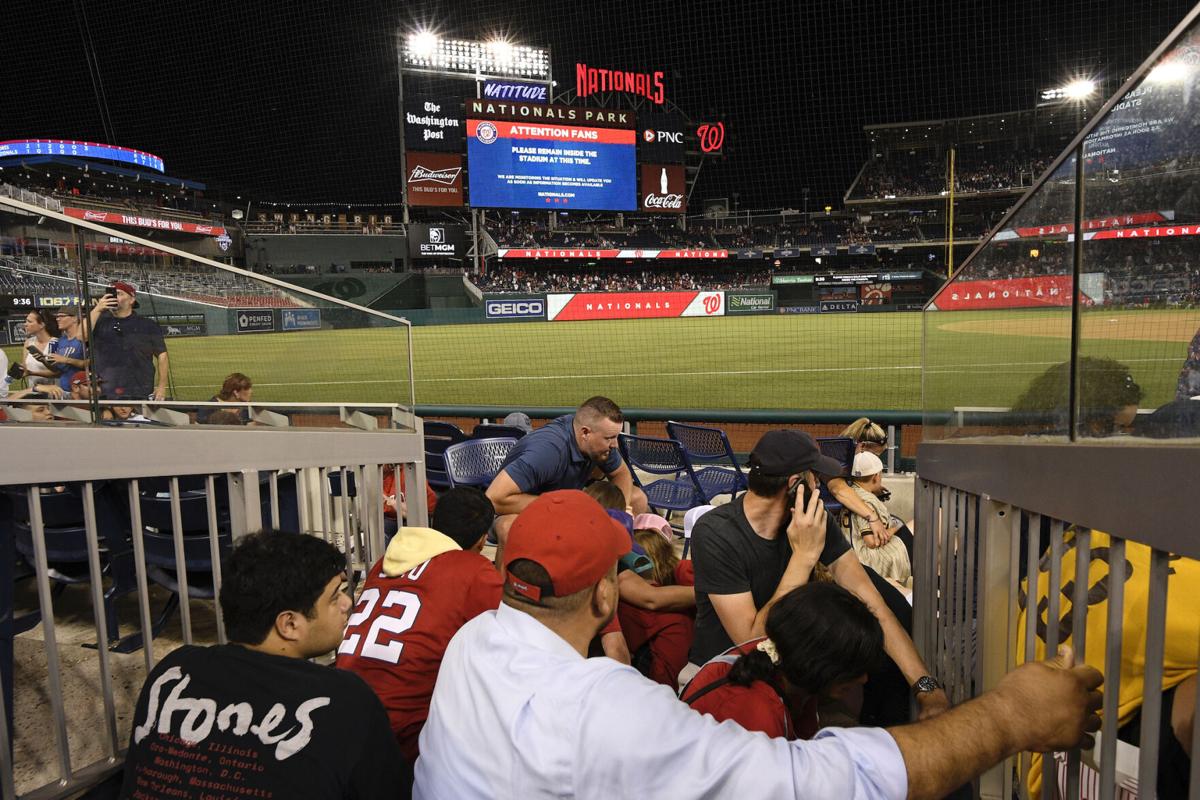 Spectators take cover during a stoppage in play due to an incident near the ballpark during the sixth inning of a baseball game between the Washington Nationals and the San Diego Padres, Saturday, July 17, 2021, in Washington. (AP Photo/Nick Wass)