More than 100 miles separate Tucson Arena and Gila River Arena. For Michael Bunting, five seasons in the AHL have paved the way for his recent drive up Interstate 10.

And his recent play may keep him there. Bunting posted eight points in his first 10 games, proving he belongs in the NHL after years of development with the Tucson Roadrunners.

If it seems like a dream, consider how the 25-year-old Bunting found out he was heading to the Arizona Coyotes. The winger was taking one of his afternoon naps, and missed a call from the organization. After receiving the good news, he quickly packed his bags, packed up his rental car and headed to Glendale.

Hopping over the boards and crunching down onto NHL ice for the first time since the 2018-19 season, where he played five games, could not have gone better.

“That first shift, I was basically just trying to bring some energy because I got out there and we were already trailing in the game,” he said. “So I wanted to bring some energy, and, you know, get into the other team’s face but right off the face-off, I ended up getting a breakaway and scoring.”

He logged two points in his first game with the big club, and notched his first career hat trick three games later.

His offensive confidence has exploded as a result, but Bunting prides himself on being a responsible two-way player and being reliable at both ends of the ice. Simply put, he’s comfortable doing the little sticky and gritty things that contribute to the team’s success.

“I think just having the confidence in myself to believe that I do belong here and I can play in the NHL,” he said. “I think it’s just all about the mindset because I haven’t been getting too high on my achievements so far. I’ve just kind of been taking it day by day because, you know, it can go as quick as it comes, basically. I don’t want to let this go and I don’t want to let this opportunity go.”

Bunting played 323 games at the AHL level all of them coming with the Springfield Falcons and — when the club moved west — the Roadrunners. The NHL is a step up, as he was quick to point out.

“The first couple of games, you realize that you’re in the NHL, the best league in the world, and obviously, there is a little bit of nerves, but once the game gets going, you know, you calm down, and you just kind of think of it as just another hockey game,” Bunting said. “The biggest thing I’ve noticed so far, since being here is the stick position of the other team’s defense … You can think that extra second (in the AHL) and in the NHL, you don’t have that extra second to make the play.”

Reuniting with Conor Garland, his former Tucson teammate, has helped Bunting feel comfortable in the NHL. He said each of their play styles complements one another, with Bunting retrieving pucks and forcing turnovers and Garland using his offensive playmaking abilities to create scoring chances.

Lately, it has been Bunting lighting the lamp to make the difference for the Coyotes as they fight to secure a playoff spot in the Western Division.

Coming into Saturday’s matchup against the St. Louis Blues, Bunting and the Coyotes knew a two-point victory would elevate them into a playoff position. Four minutes into the third period, Bunting tipped home the game-winning goal off a point shot from Jakob Chychrun.

With a thunderous celebration on home ice, a Kachina-jersey-clad Bunting continued his offensive hot streak.

The hope is that the points will keep coming. Even if the scoring slows down, Bunting still has more to give to the team that’s helping him live his dream.

“I gotta go in every game and just take it day by day and work hard. And hopefully, I can keep producing and keep helping this team win,” he said. “But, you know, if that production goes away. I gotta find a different way to help this team.”

Coming off sweep, Wildcats confident they can win out, make NCAA Tournament

The Arizona soccer team made history in its final two home games on the familiar grass of Murphey Field.

After beating ASU, Wildcats look to carry momentum into second half of soccer season

Tucson will take on visiting Ontario at 6:30 in the first game with fans at Tucson Arena in over a year.

Phoenix picks up another big win with 116-113 triumph in Philadelphia. 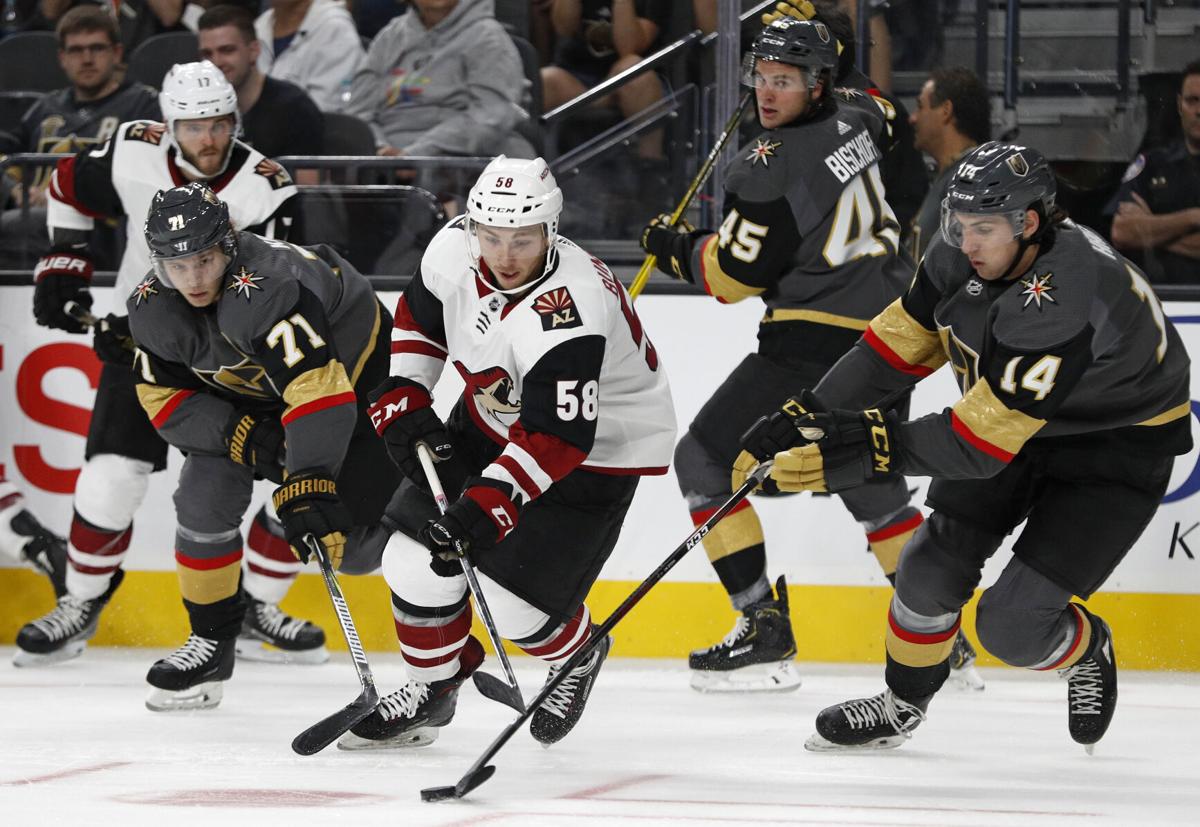 Michael Bunting, in white, has always been a do-everything player on the ice. But since arriving in Glendale, the former Roadrunner has developed into a goal-scorer. 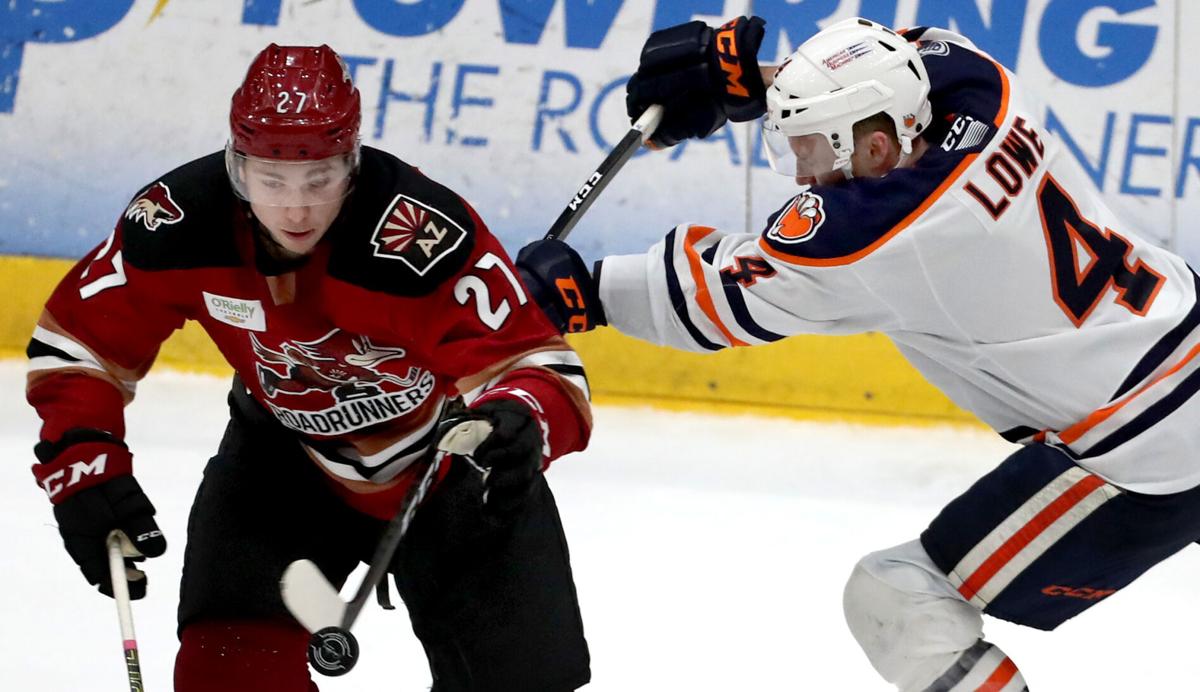 Roadrunners left wing Michael Bunting gets a stick in the ribs from Bakersfield defenseman Keegan Lowe during their January 2020 game at Tucson Arena. Bunting played 323 games in the AHL, hockey’s top minor league.