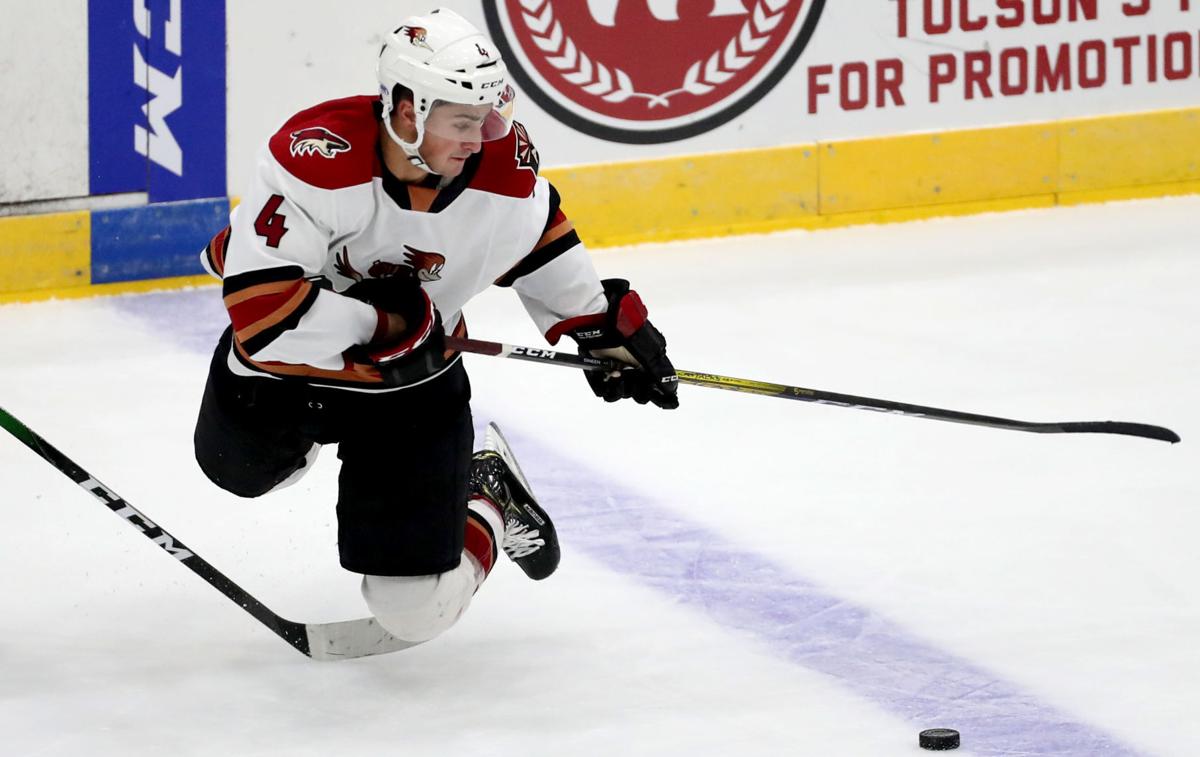 Roadrunners right wing Jon Martin goes down along the boards in the first period Saturday. 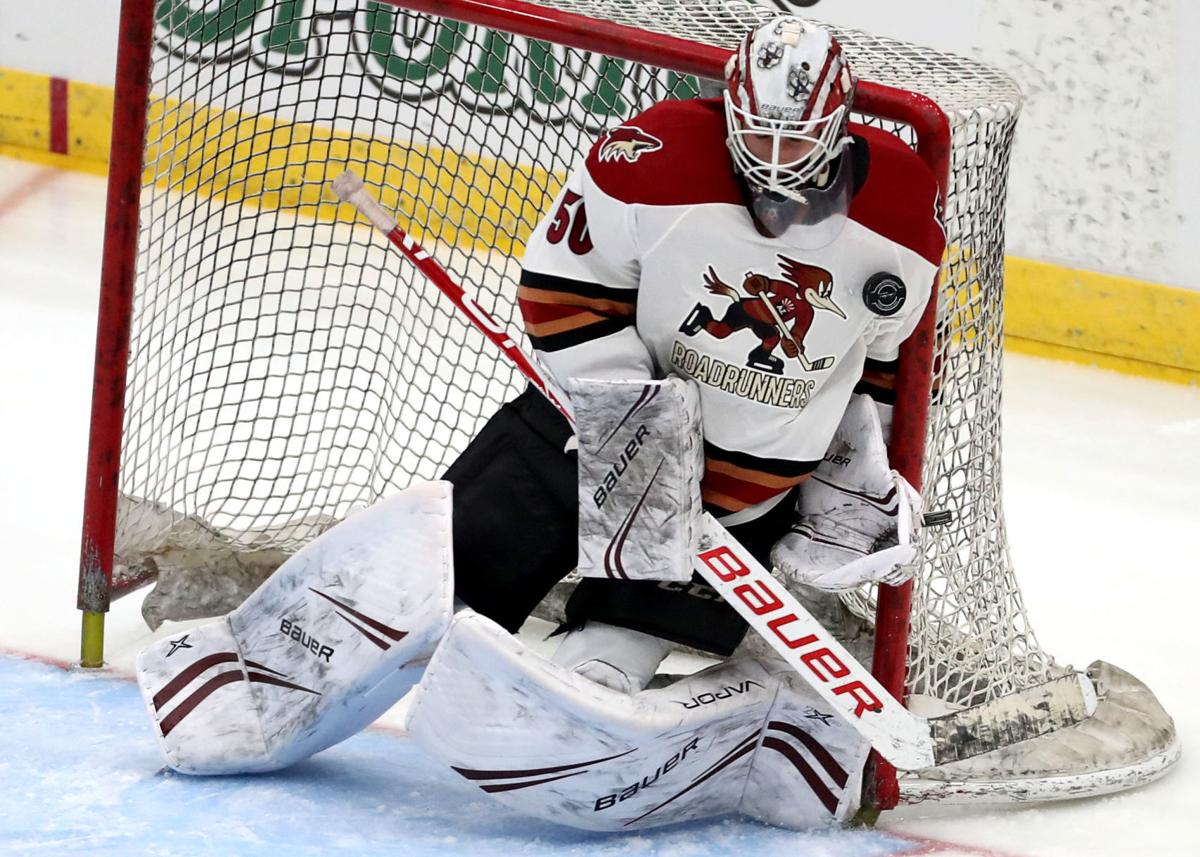 Roadrunners goalie Ivan Prosvetov uproots the goal as he shoulders away a San Antonio shot in the second period of Tucson’s win.

The Tucson Roadrunners were frustrated. That much was apparent Saturday as the players walked off the ice following a second period of play that saw Tucson squander multiple two-man power-play advantages and go almost 17 minutes without even a shot on goal.

What a difference an intermission can make.

After that disjointed middle frame, Tucson turned on the afterburners in the third period. The Roadrunners scored four consecutive goals en route to a 4-2 victory over the San Antonio Rampage at Tucson Arena.

Paced by the club’s top line of center Michael Chaput and wings Michael Bunting and Lane Pederson, the Roadrunners (4-1-0-0) picked up their third consecutive win overall — and second in as many nights over the visiting Rampage. Tucson won Friday’s home opener in overtime, 4-3.

“That’s what we need out of them – playing the right way, playing hard and producing,” Tucson coach Jay Varady said. “They were able to do that and give our group a huge spark.”

Pederson starting the scoring three minutes into the third period with his sixth goal of the year — currently the second-best total of any American Hockey League skater this season. Less than three minutes later, Chaput buried a down-low one-timer just a few feet from San Antonio goaltender Ville Husso, with Bunting on the assist. Defensemen Jordan Gross and Robbie Russo added their first goals of the year as well, and the late-blooming rout was on.

Pederson and Chaput each carded a goal and an assist, while Andy Miele — Friday night’s hero after scoring the overtime winner — picked up his fifth assist so far in this short season. Jeremy Gregoire’s helper on Gross’ goal was his second of the year, to boot.

San Antonio’s goals came off the sticks of Mitch Reinke late in the second, and Tanner Kaspick, who cut the Roadrunners’ lead to two just outside two minutes to play in the final period.

Despite Tucson’s third-period onslaught, the number one star announced during post-game festivities was goaltender Ivan Prosvetov. He stopped 29 of 31 San Antonio shots in his first career professional game.

“It feels great. I’ve been waiting for that moment for a long time,” Prosvetov said. “That’s a big moment for me. This one will stick with me for a while.”

Added Varady: “He was poised, and had a really good structure throughout the course of his game. … First pro game. That’s a big thing, and I thought he was really good.”

The Roadrunners will continue their six-game homestand next weekend against the Iowa Wild. Both games start at 7:05 p.m.

Roadrunners and their second-year coach open the 2019-20 home slate on Friday night at Tucson Arena.

Tucson scorer has been a different player since last Christmas, teammates say.

Roadrunners right wing Jon Martin goes down along the boards in the first period Saturday.

Roadrunners goalie Ivan Prosvetov uproots the goal as he shoulders away a San Antonio shot in the second period of Tucson’s win.