Read Today's E-Edition
Share This
If you can’t beat 'em (up), trade for him: Roadrunners add old nemesis Bokondji Imama
Share this
Brett Fera Special to the Arizona Daily Star

In seven games against the Roadrunners last season, Imama — then a member of the Ontario Reign — notched four goals, three assists, a handful of big checks, and, in March, secured a clear victory in a gloves-off showdown against Tucson forward Jan Jenik.

Imama now has the opportunity to flip that script, working this time on behalf of the team from Southern Arizona. Imama and his Roadrunners teammates will open their home schedule Saturday night against the Texas Stars.

The NHL’s Arizona Coyotes acquired Imama, a 6-foot-1, 220-pound forward who plays much bigger than that, alongside defenseman Cole Hults this offseason in exchange for Roadrunners stalwarts Brayden Burke and Tyler Steenbergen. Imama and Hults were assigned to the Roadrunners, the Coyotes’ top minor-league affiliate, during preseason training camp.

Imama packs a physical punch in multiple ways. He has shown no fear in going toe-to-toe with another team’s most physical aggressor.

On March 16, Imama’s physical presence was on display against Jenik in a 5-2 Ontario win at Tucson Arena. Jenik pestered Imama early on before a fight broke out. Imama connected on at least six punches, then took Jenik to the ice behind the arena’s south goal.

He’s also done damage on the scoresheet. Over 31 games in 2020-21, Imama scored nine goals and added five assists. Nearly half his goals and more than half those assists came in just seven matchups with Tucson. On the final day of the regular season, Imama scored two goals and notched an assist in Ontario’s 9-2 win at Tucson Arena.

Imama said this week that he didn’t think his new teammates harbored any ill will toward him. In fact, he said, they’re probably glad he’s on their side now.

“You know, that’s just the way I play. I think all the boys respect the way I play and I think being on the same team now, I’m sure they’re they’re pretty happy,” he said. “I’m happy to be playing for them.”

The AHL suspended Imama for the first two games of the 2021-22 season for his role in a fight during a May 18 playoff game against the Colorado Eagles. Early in the second period, the Eagles’ Kyle Burroughs knocked Imama down near center ice. Seconds later, Imama retaliated by punching Burroughs in the face. Ontario was eliminated that night, and so Imama’s suspension carried over to this season.

Roadrunners coach Jay Varady said Imama should bring a jolt to the club.

“(It’s his) energy for me. … Balancing lines, energy. I think he’s going to add that to our group with his presence,” he said.

Imama said he’s excited to finally get back on the ice.

“I had to wait an extra week compared to the other guys," he said. "But at the end of the day, it's a fresh start."

Wildcats win 3-1 in Boulder on Friday night to snap a five-match losing streak, taking control of the match by capturing the set 37-35.

Healthy and at home in Tucson, Blake Speers could be key to Roadrunners' chances

“It's a huge honor in pro hockey to be a leader and to be trusted upon from the organization. Especially with our young guys, we have to kind of lead the way. I take it very seriously, and I'm going to do my very best."

Tucson rolls past Texas in home opener to improve to 2-1 on season. The teams will play again Sunday afternoon.

Tucson loses 6-2 to Texas on Sunday, a day after a rousing shutout win in the home opener.

With Coyotes winless and banged-up, a handful of Tucson Roadrunners are getting a chance to show they belong in the NHL.

“When you have a 3-1 lead in the third, you want to walk away with two points,” Tucson head coach Jay Varady said. 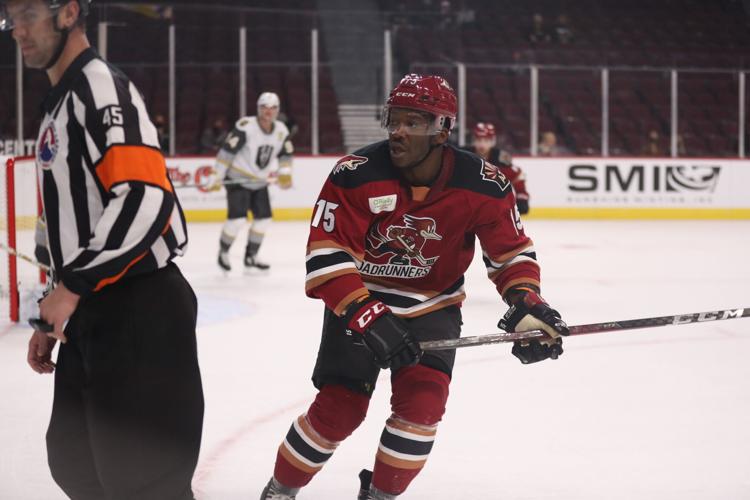 Tucson forward Bokondji Imama has been the victim of on-ice racial slurs and gestures twice in less than two years. 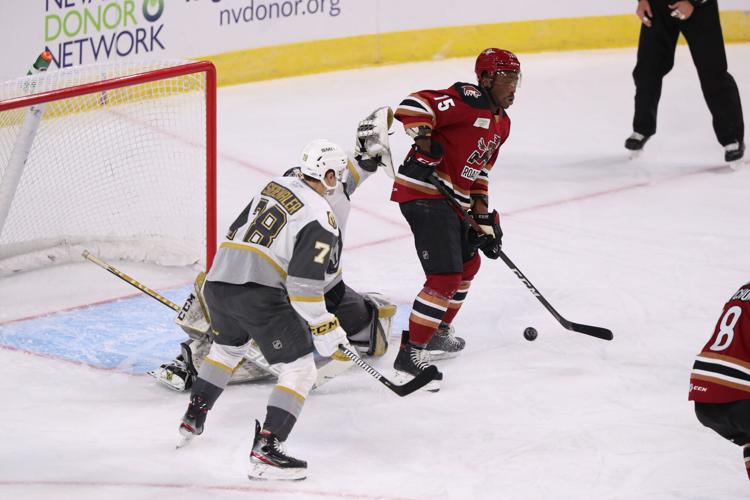 Bokondji Imama joins the Roadrunners after spending the last three seasons with the AHL's Ontario Reign.