Closure might be a long time coming for Tucson Roadrunners coach Jay Varady, even if he is able to put the ups, downs, and eventual division championship his team secured into perspective.

“I think of it like I think of the calendar, or our (game) schedule. You control what we can control,” Varady said. “We couldn’t control anything that happened in this situation.”

This situation, of course, is the full shutdown of the American Hockey League season, announced Monday after a vote by the league’s board of governors amid the ongoing coronavirus pandemic. The league had been on pause since March 12.

But what Varady and his staff could control in many respects, and the evidence shows they did it all season long, was putting a team on the ice that wouldn’t just compete.

The Roadrunners won. A lot.

Varady admits the team’s second AHL’s Pacific Division championship in three seasons wasn’t what anyone envisioned. The Roadrunners (36-19-1-2 in 58 games played, for a .647 point percentage) ended their season four-hundredths of a percent ahead of the Colorado Eagles (34-18-3-1; 56 games; .643).

Colorado is the opponent Tucson faces more than any other each season — a whopping 12 times in a typical 68-game regular-season slate.

The Roadrunners will absolutely take the honor, and, someday down the road, Varady said, he’ll enjoy seeing a Pacific Division championship banner hanging in the southeast corner of Tucson Arena.

“I think hanging banners are important parts of legacies,” said Varady, who finished his second season in charge.

“If you’re a player on the Tucson Roadrunners and you come back five or 10, even 20 years from now, and the team’s playing still, you’ve got your kid with you, and you can say, ‘Hey, see that second banner over there? We were part of that team.

“That’s meaningful,” he added. “It’s a lot of effort by so many people”

Whenever that moment comes, Varady is certain he — and his players — will have closure on the 2019-20 season. It’s just not here yet.

Varady said there are “just still so many unknowns out there” — including whether the NHL will try to finish the season. The Roadrunners are the top minor-league affiliate of the NHL’s Coyotes.

“The (AHL season) has come to a close, but there’s still this potential that the National Hockey League season may start up,” Varady said, speaking this week by phone from his family’s home in Everett, Washington, just north of Seattle. “Are there going to be a group of our players coming back for that in some way?

“I’m still kind of — I wouldn’t say staying on my toes, but still trying to stay ready,” he added, noting that he’s still in touch with players and working on keeping them ready, too – from afar. “I think if you end up with closure on the season completely, I don’t know if our guys will be ready if and when (the NHL) call comes.”

Varady does allow himself to reflect on some of the moments that made this past season stand out.

One gut-wrenching moment — in more ways than one — came with the team at the tail-end of an already-daunting February Gem Show road trip. Tucson played in Stockton on Feb. 15 and finished the 16-day, seven-game trek in San Jose two days later.

The first night, Varady learned that his team had some legitimate, ahem, intestinal fortitude.

“We got food poisoning,” he said, breaking out in laughter. “We were in Stockton. It was a pregame meal. We were kind of banged up. I’ve never had a team — that many guys — get food poisoning like that.”

A large chunk of Tucson’s playing roster, roughly 23-25 combined skaters and goalies, came were made sick by the meal.

It first hit his players that night in Stockton “kind of right when they started walking into the building. It got everyone a little differently throughout the evening.”

“They were dying on the bench, but we (almost won),” he said, still laughing.

The Roadrunners trailed 3-1 in the third period before tying it up and pushing it into overtime. They fell in a shootout, earning one point, then fell 6-3 two nights later in San Jose with player health still on the mend.

Put another way, if the Roadrunners didn’t earn that one point against Stockton, there is no eventual division championship to speak of — and no banner to one day hang. With just one fewer point earned in any game this season, the Roadrunners would have finished in second place.

“Looking back at the season, that’s not really a bright spot, but our team showed a lot of character being challenged like that,” he said. “That’s one of those moments when I realize, ‘OK, these guys are sticking together.’”

Varady said his favorite part of the season, when he looks back on it, was actually the tail end of training camp.

“That’s when the roster was finalized, and the last cuts come back from the NHL. You get your team set, and then you say, ‘OK, here we go,’” he said, adding that there’s a team gathering away from the rink to start the season. “That’s the beginning of this. That’s the group in maybe it’s purest form.”

Between the second week of November through the schedule’s March suspension, Tucson only spent a handful of days outside the Pacific Division’s top spot. The Roadrunners held the 31-team AHL’s best overall record at multiple moments, too.

“It was starting to be an exciting time of year” when the season was shuttered, Varady said.

“I think everybody works incredibly hard through the summer, training camp, beginning of the season, and all of that is building up to the playoffs,” he said. “Obviously some circumstances changed that, but we were heading in that direction.”

Tucson Arena should have been hopping with playoff hockey this week, but Roadrunners look forward to eventual return

From Air Jordan to Curse of The Bambino, ex-Arizona Wildcat Terry Francona has seen it all in baseball

Francona was Michael Jordan's baseball manager at Double-A Birmingham in 1994, long before he helped end the Red Sox's long drought. 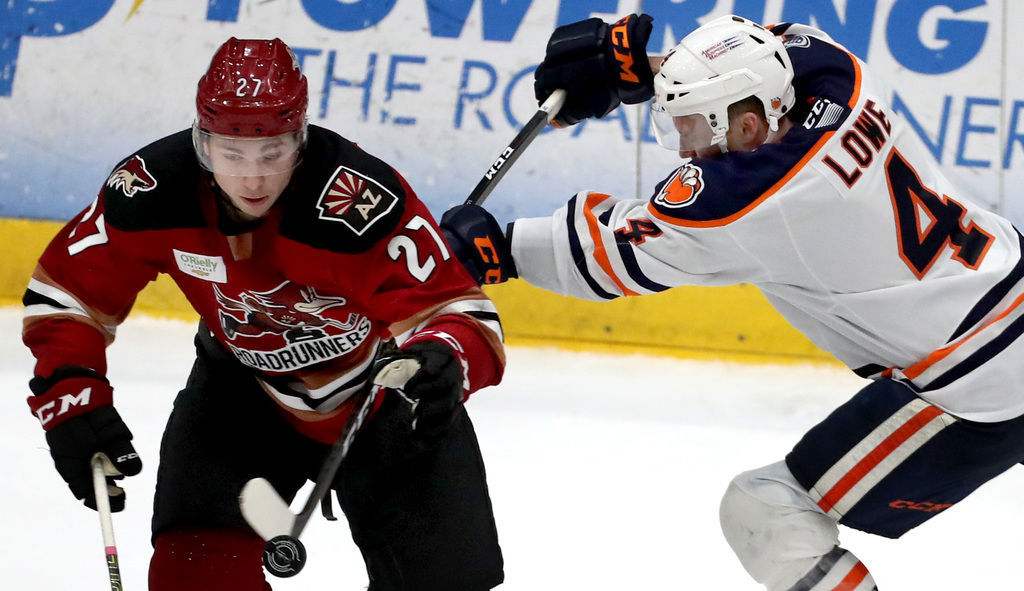 Michael Bunting, left, and the Roadrunners needed each and every point they earned in winning the Pacific Division championship. 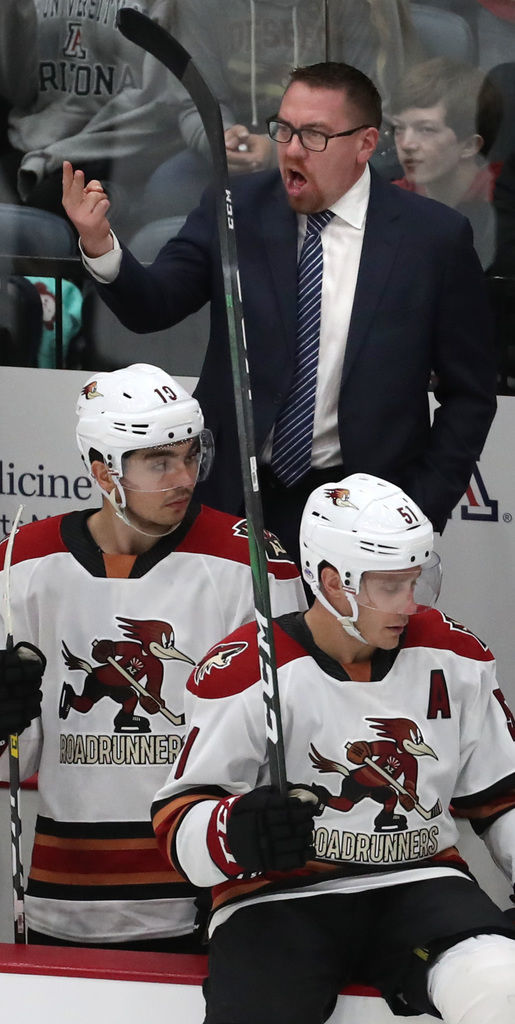 Roadrunners head coach Jay Varady wonders where the two-minute penalty is after a foul by San Antonio in the third period of their AHL game at the Tucson Convention Center, Tucson, Ariz., Oct. 19, 2019.