The first of 412 people inducted into the Pima County Sports Hall of Fame was Joe Batiste, Class of 1990, a global track and field star, one of the first Black athletes given an opportunity to play organized sports at Tucson High School.

Batiste, who died in 1958, was inducted posthumously, one of 18 charter members of the PCSHOF.

He was never able to stand on a podium, microphone in hand, and put a perspective to his wonderful career, to talk about the struggles of being a Black man during a period his hometown school, University of Arizona, did not permit Black athletes to play for the Wildcats.

I was thinking of Batiste on Sunday when the 32nd class of the PCSHOF was inducted at the DoubleTree hotel. The racial and social barriers that once prevented Tucson’s Black and female athletes from inclusion have long been removed.

“My dad (former UA running back and Santa Rita High School football coach Larry Williams, a Black man) helped to break those barriers and bust through those ceilings,’’ said Lacy Williams Benson, a 1980s Catalina High School volleyball state champion and Scottsdale Community College national champion. “Today, many of the beautiful things about sports — no matter an athlete’s background — is that we come together to do great things.’’

How times change: At the PCSHOF’s charter class, 1990, 17 of the 18 inductees were men. The 18th was UA and Catalina High School volleyball icon Mary Hines, who was Lacy Williams Benson’s coach from 1982-85.

Benson was one of five female athletes in PCSHOF’s Class of 2022, which doesn’t include Sahuaro High School 1998 state championship girls basketball team. All 15 of coach Jim Scott’s state championship players returned to Tucson for the induction ceremony.

“We loved one another then and now,’’ said Scott, who was also joined by his 1998 assistant coaches and trainer. “Basketball made us a family.’’

Callista Balko Elmore, a state champion softball player from Canyon del Oro High School, the starting catcher on Arizona’s 2006 and 2007 national championship teams, gave an emotional speech about her journey from Bobby Sox softball to Team USA to the PCSHOF.

She quoted from the movie “A League of Their Own,’’ in which Tom Hanks plays the role of coach Jimmy Dugan, who coached a women’s baseball team in the 1940s.

“The ‘hard’ is what makes it great,’’ said Balko, now the UA athletic department’s lead fundrasier in Phoenix.

“Softball was my first love: the joy, the suffering and the growth. I loved the game and I loved it hard. And it loved me back. My coach, Mike Candrea, used to say ‘don’t count the days, make the days count.’ ‘’

And that’s what Balko did.

Rastatter started by refereeing rec league games for $9, and worked his way to the top.

“I stumbled into this basketball thing,’’ he said Sunday. “Today, I can’t do or say enough for the officiating community to ever repay what it’s given me.’’

One of Sunday’s most well-known inductees was softball pitcher Kenzie Fowler Quinn, who is surely the leading softball player in Tucson history, the two-time national player of the year while at CDO, and a two-time All-American at Arizona.

Quinn didn’t talk about her trophies or her championships, but about her long-time pitching coach, CDO’s Gale Bundrick.

Thinking back on her remarkable career, Quinn smiled and shook her head.

“I didn’t realize how hard it was until I graduated from the UA and started giving my own lessons,’’ she said.

Jim Rosborough, who was a schoolboy basketball star in Moline, Illinois, used basketball as a vehicle to lead him to a four-year scholarship at the University of Iowa followed by a 27-year career coaching for Lute Olson, which led to four Final Four appearances.

But Rosborough, who was emotional during his induction speech on Sunday, spoke not of the bright lights and big games, but of his days as an eighth-grade coach at the Corkery School on Chicago’s south side, when he put together an all-Black team and led it to a winning season.

As the Corkery club began to experience success, some on Chicago’s south side took note that a white man was coaching Corkery’s Black players. They appealed to Corkery principal William E. Murphy, asking him to replace Rosborough with a Black coach.

“My principal, Mr. Murphy, stood up to those who wanted me gone,’’ Rosborough said. “He told them ‘this is my coach.’ It determined my future.’’

All the way to the Pima County Sports Hall of Fame 50 years later.

Greg Hansen: Wildcats can turn rousing victory over UCLA into a winning season

For Star subscribers: Beating the title-hopeful Bruins on their turf — shattering dreams of UCLA’s best season since in 24 years — was immediately identified as "a shocker." But was it?

For subscribers: The Star's longtime columnist on the passing of a UA legend, Blake Martinez's retirement and a Wildcats baseball reunion for the ages.

For subscribers: The Star's longtime columnist asks (and answers) the big questions ahead of Saturday night's game against UCLA in Pasadena.

What to watch for when the Arizona Wildcats visit No. 12 UCLA

Three things to keep an eye on when the Wildcats face the Bruins at the Rose Bowl (Saturday, 8:30 p.m. Tucson time, Fox/11).

For Star subscribers: George Genung would have turned 100 this year. His accomplishments and legacy will surely endure another 100 Veterans Days.

For subscribers: Kylan Boswell was 17 years, six months and 19 days old when he swished an 18-footer Monday night.

Cardinals get some much needed 'Vitamin W'

The Cardinals (4-6) are still in the mix in a crowded and mediocre NFC.

Pac-12 power ratings: Oregon falls from No. 1 — and a look ahead to awards season

The race for Coach of the Year is jammed.

Hear what Jedd Fisch had to say following Arizona's statement victory over UCLA, with Washington State coming to Tucson on Saturday.

Hines was both a coach and mentor during a three-decades teaching career at Catalina High School.

Greg Hansen: After years of hearing Donnie Henderson stories, I write one

For Star subscribers: After a 30-year wait, the time seemed finally right to talk to the ASU assistant coach and former Utah State great. 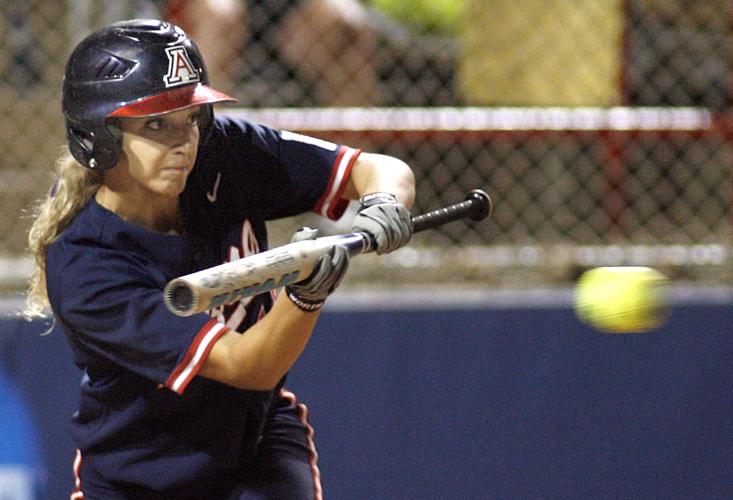 Callista Balko bunts at the Women's College World Series in 2007. She was inducted into the Pima County Sports Hall of Fame on Sunday. 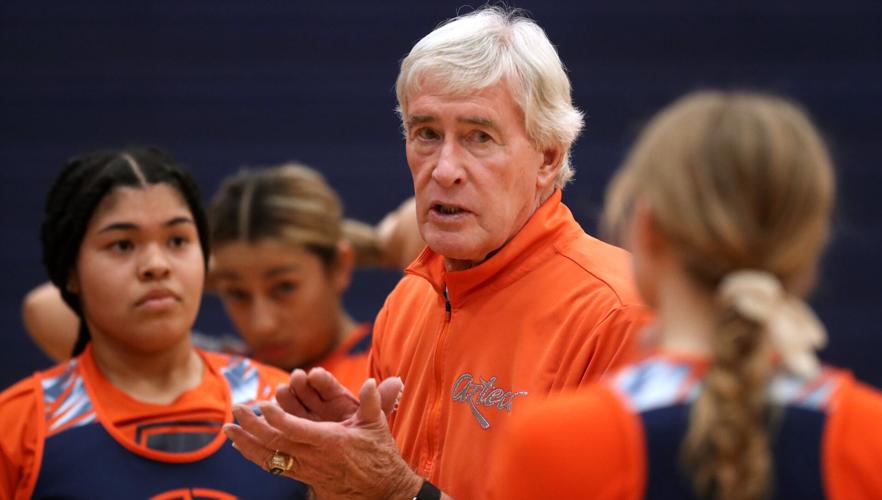 Jim Rosborough was inducted into the PCSHOF on Sunday. He helped the UA men's basketball program to four Final Fours.