The Star's longtime columnist checks in with his favorite Twitter follow, a look at Chase Silseth's place in history and why Monday's Class 4A state title game reminds him of an unforgettable night.

In attempt to regain my sanity as Power 5 colleges rush with increased madness toward a financial doomsday that seems sure to engulf all but the big-money SEC and Big Ten football schools, I discovered a peaceful escape.

In one message, Moccia beamed that he "sold four football season tickets." On another, he said he drove 340 miles from Las Cruces to remote Gallup to entertain what looked to be 20 or 30 Aggies fans in an attempt at fundraising. Moccia proudly stated that his assistant had been named athletic director at Morgan State.

You don’t get any of that from the ADs at Oregon or USC.

Moccia recently posted that NMSU had submitted what to the Aggies is a substantial $15,000 installment on the payoff of former Aggies football coach Hal Mumme, who was fired in 2008. Many schools spend four times that amount now just to charter a jet to a basketball game.

Every time I punch up Moccia’s Twitter feed, it’s like stepping back 25 years, when the collegiate model of college sports ruled — decades before $8 million buyouts to fired coaches like Kevin Sumlin, years before the me-first transfer portal and NIL collectives began to warp college athletics and minimize the importance of a college education.

As therapeutic as I find Moccia's resolve as a small-school AD, I found something just as comforting. I walked into McKale Center to watch the graduation ceremonies for the UA athletic department’s Class of 2022.

If you want an uplifting feeling, I suggest you do the same next May.

I had no idea that Shawn Parnell, a reserve defensive back on Dick Tomey’s Desert Swarm teams of 1994 and 1995, would renew my interest in college athletics. I hadn’t heard of Parnell since he left Tucson 27 years ago.

He had played in the Arena Football League, become the father of six daughters, returned to his home turf near Compton, California, and worked for Delta Airlines. He has coached at his alma mater, Carson High School, and now coaches at El Camino Community College, where he played in the early ’90s.

But through the years, Parnell felt incomplete. He promised his late mother he would get his college degree, and so he did through the UA’s CATS Forever program. Now in his early 50s, Parnell met Jennifer Mewes, the UA’s associate director of CATS academics during his college days. When he walked onto the stage Thursday at McKale Center, Parnell thanked Mewes, who has been one of the steadying forces of the school’s athletic program for three decades.

"I knew I was in good hands with Jennifer," he said.

Before Parnell signed with Arizona over Fresno State in 1993, he was teammates and best friends at El Camino with tight end Damon Terrell, who also signed with Arizona in ’93. Tragically, Terrell died in September 1995. His jersey number, 80, is painted on the wall in the south end zone at Arizona Stadium.

Before traveling to Tucson, Parnell visited Terrell’s grave in Los Angeles and spoke about finally "getting it done." After he was awarded his degree, Parnell walked into the stadium and posed for a photograph next to Terrell’s No. 80.

Arizona has won one football game the last two years. On Thursday, Parnell himself became a victory for the UA football program.

"I was embarrassed about returning to school," Parnell said. "I was scared."

Now, after all these years, he is a role model for the importance of college athletics.

Now a successful mortgage executive for NOVA Home Loans, Dickson was a first-round selection of the Cubs in June 1990. He was so good, so overpowering, in his minor-league debut that the Cubs summoned him to Wrigley Field 66 days later, on Aug. 9. Dickson also pitched six innings in his debut, losing to St. Louis, 3-1.

The Cubs had almost no choice but to rush Dickson to the majors. His 11 minor-league games across the Rookie League, Single A and Double A, were eye-popping. He struck out 111 in 76 innings, allowing just 40 hits.

But after three starts with the Cubs, Dickson’s big league career was over. He required three arm surgeries. His comeback attempts for four minor league teams failed. He retired in 1995.

Besides Dickson and Silseth, the two ex-Wildcats to reach the majors the quickest were infielder Charlie Shoemaker, 1961, four months in minors; and UA pitcher Don Lee, 1957, after 10 months in minors.

Four top Tucsonans of the week in sports:

• Steve Botkin, the girls basketball coach at Sahuaro High School, was elected to the Class of 2022 of the Pima County Sports Hall of Fame last week, according to PCSHOF president Pat Darcy. Talk about a well-deserved honor. In 26 years of coaching, most at his alma mater of Sahuaro, Botkin has coached 590 victories, fifth-most in state history and by far the most in Tucson. Marana’s Mike Dyer, who coached the Tigers to 400 victories, is second. Botkin will be one of 13 inducted into the PCSOF, in November. The other 12 will be announced one per week into August.

Both were no-brainers. Bonstrom was hitting .381 with 11 homers through games of Friday; Acuna was hitting .411 with 12 home runs through Friday. They became the eighth and ninth Tucsonans ever selected to the Pac-12 all-conference softball first team.

Catalina High School graduate Stacy Iveson was the first in 1987, playing for Mike Candrea’s first Arizona team. Iveson was followed by Desert View’s Lety Pineda in 1996-98 at Arizona; CDO’s Sarah Beeson, 2002, who played at Stanford; Salpointe’s Tairia Mims, 2003, who played at UCLA; Catalina Foothills’ Jackie Vasquez, 2008, who played at ASU; CDO’s Kenzie Fowler, 2010, who pitched at Arizona; and Stanford’s Kayla Bonstrom, 2015, who played at CDO. She is Ellessa’s sister.

Arizona sophomore second baseman Allie Skaggs of Ironwood Ridge High School completed Saturday’s regular-season finale tied for the league with 22 home runs, but was placed on the second-team all-conference list. That seems like an oversight by the coaches who voted for the award. Perhaps it is tied to Arizona's last-place finish in the Pac-12. According to my research, no Pac-12 player to ever hit 20 or more home runs in a season failed to make the first team. In 2007, Oregon’s Anne Marie Topps hit 19 homers and was not on the first team.

Arizona’s most dominant track and field athlete, shot-putter Jordan Geist, is not participating in this weekend’s Pac-12 Championships. The 2019 and 2021 Pac-12 Field athlete of the year is redshirting, saving a final year of eligibility for 2023. "We decided to redshirt him," said UA coach Fred Harvey. "We had a great recruiting year and he’s got to be worth 24 to 30 points next year at the Pac-12 finals." The Wildcats are also without last year’s Pac-12 400 meter champion Johnnie Blockburger this week. Blockburger, from Tucson High, transferred to USC last summer. He enters Sunday’s finals ranked No. 1 in the 400 and third in the 200. Those losses could push Arizona into last place.

The recent transfer of ASU’s leading basketball scorer, Jade Loville, to Adia Barnes’ Arizona club, will not only bring a 16-points-per-game scorer to a team lacking in scoring, but also give Arizona one of the top three Sun Devil transfers in school history. In 2006, former Flowing Wells High swimmer Marcus Titus transferred from ASU to Arizona and became a 12-time All-American and key part of the UA’s 2008 NCAA championship team. Two years ago, ASU NCAA shot put champion Samantha Noennig transferred from ASU to Arizona. She won the Pac-12 shot put title last year and will go for another Sunday in Oregon. The top UA transfer to bail out for ASU? Easy: NCAA champion shot putter and discus thrower Turner Washington of CDO, who left Tucson for Tempe three years ago.

Catalina Foothills grad Luis Gonzalez has essentially become a starting outfielder for the San Francisco Giants the last month. A lefty, he is hitting .328 through 19 games after signing as a free agent from the White Sox. Gonzalez, who played for the New Mexico Lobos, played in just nine games for Chicago over the last two seasons but now has become part of a contender in the NL West.

My two cents: Monday's 4A title game brings back memories of 1997 classic

Monday’s Class 4A state championship baseball game at Hi Corbett Field between CDO and Salpointe Catholic brings back memories of the 1997 CDO-Salpointe title game at Sancet/Kindall Field, one of the most memorable high school games I’ve ever seen.

CDO won that game 12-11 after blowing an 8-0 lead as future New York Yankees outfielder Shelley Duncan went 4 for 4 with a game-winning home run and also pitched two perfect innings of relief to save it.

The names have changed but both teams are loaded again. CDO is led by senior Dominic Felix, who is 6-0 with an ERA of 0.68 and a .354 batting average. Salpointe senior infielder Mason White, who has signed to play at Arizona, is hitting .446 with eight homers.

Duncan’s 1997 coach, Phil Wright, will attend Monday’s game at Hi Corbett. CDO coach Jason Hisey was swift to work with the AIA to get Monday’s game moved from Diablo Stadium in Tempe to Tucson. The ’97 game drew close to 2,500 fans. Monday’s game could match or exceed that number.

It's Salpointe vs. CDO — twice — in Monday's Class 4A state finals

Monday is bound to be a big day for the Dorados and Lancers, both of whom advanced through the double-elimination brackets without losing so much as a single game.

Trevon Mason signed with the Steelers as a free agent on Sunday.

Greg Hansen: Amphi's Mi Meh is 'fearless,' both on the court and in the classroom

For Star subscribers: Mi Meh is one of three finalists for the AIA’s Girls Scholar-Athlete of the Year award. As you might imagine, the competition is stiff.

Wright signed with Arizona, transferred out, returned, sat out last season and participated with the team in spring practice.

For Star subscribers: If there were a Hall of Fame for NCAA team physicians, Dr. Don Porter would be a first-ballot selection. 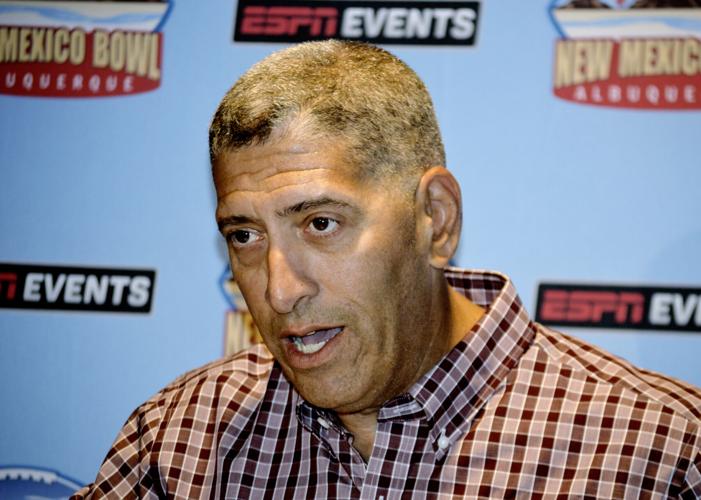 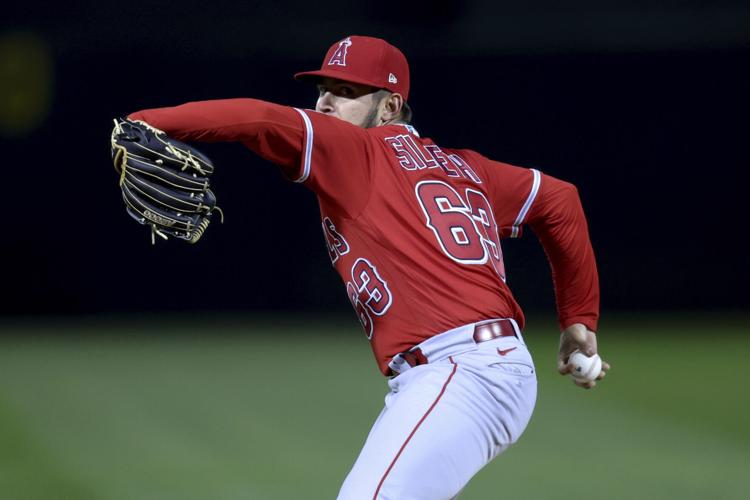 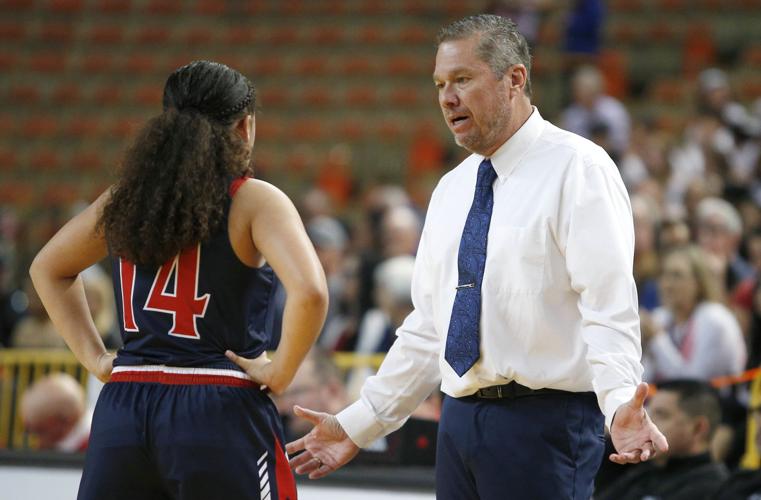 Sahuaro head coach Steve Botkin talks with guard Hayli Kubly (14) during the second half of the 2020 Class 4A girls state title game. 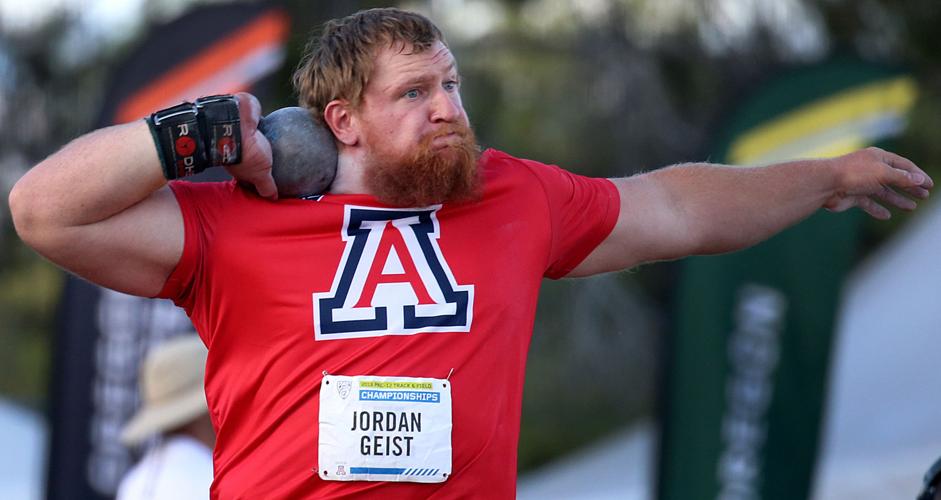 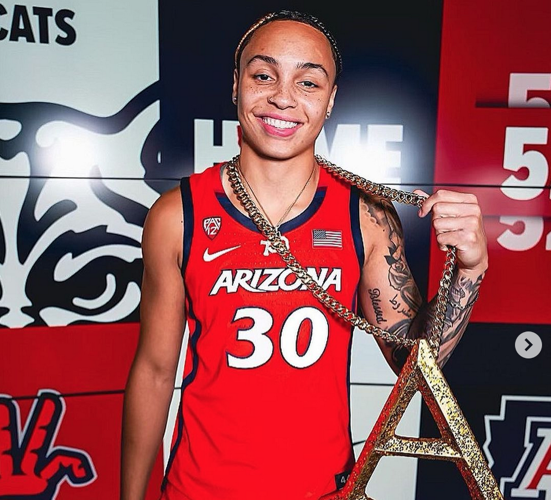 Jade Loville is transferring from ASU to Arizona. 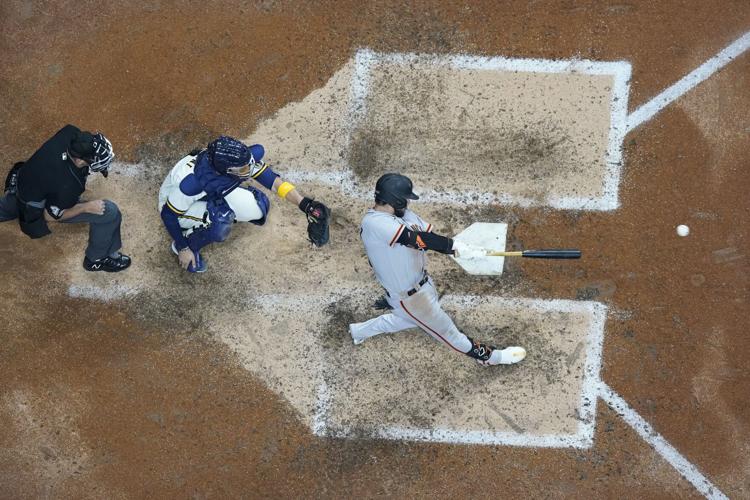 San Francisco Giants outfielder Luis Gonzalez hits a two-run home run during the ninth inning of a baseball game against the Milwaukee Brewers on April 25. 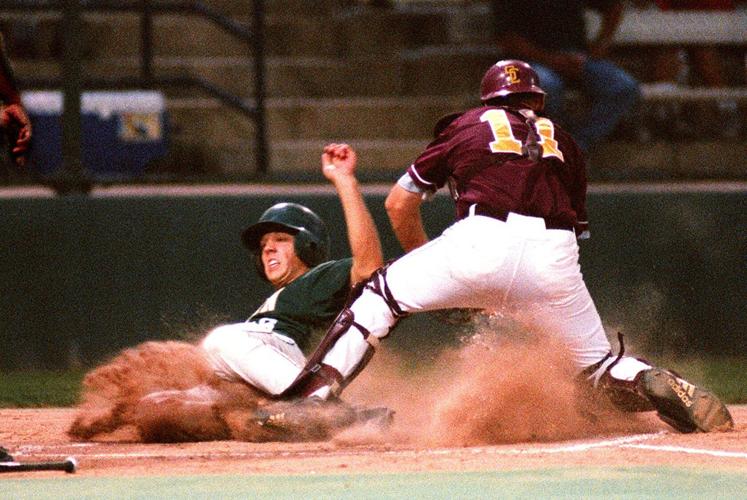