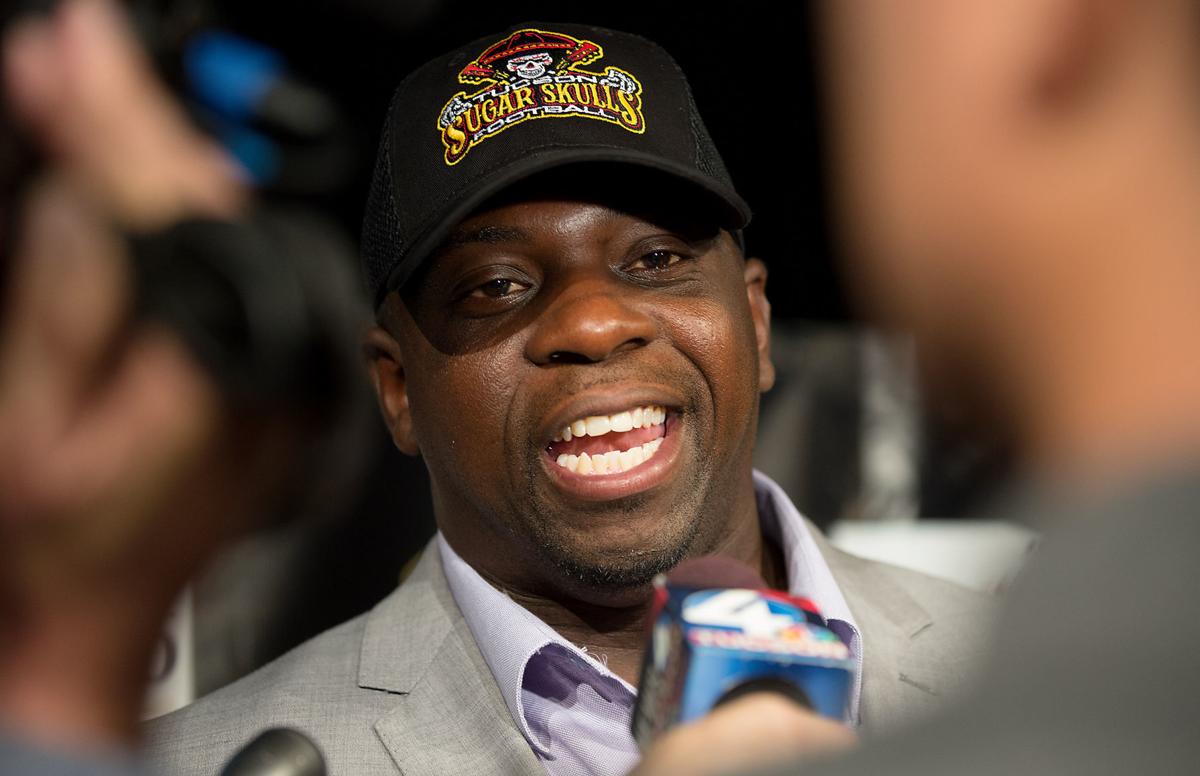 Dixie Wooten talks to reporters after being introduced as the Tucson Sugar Skulls’ new coach at a news conference Wednesday. 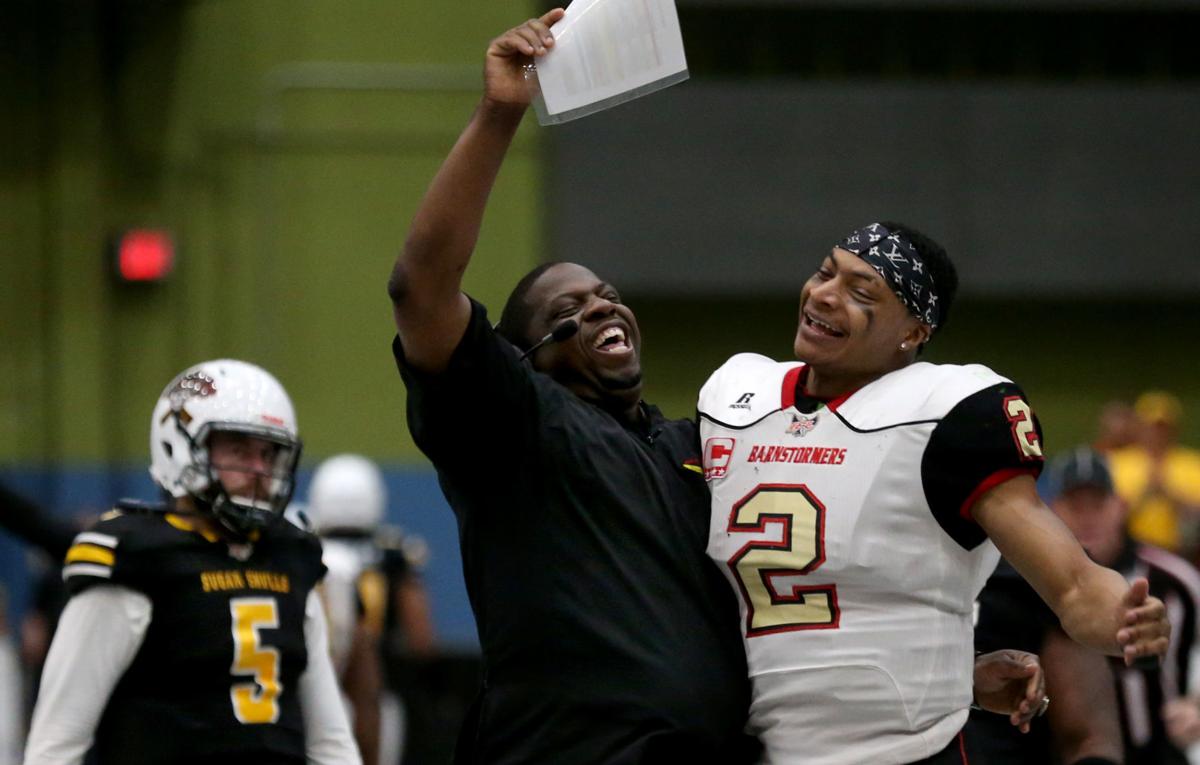 Coach Dixie Wooten and the Iowa Barnstormers celebrated after they beat the Tucson Sugar Skulls 61-58 at Tucson Arena this spring. Wooten will now serve as Tucson’s coach and general manager, replacing Marcus Coleman. 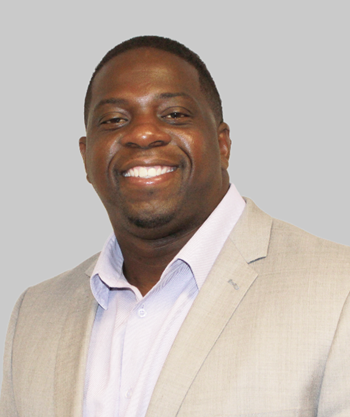 The Tucson Sugar Skulls have hired one of the Indoor Football League’s top coaches, Dixie Wooten, to run the team in the 2020 season.

The team announced its move Wednesday at the Leo Rich Theater. Wooten replaces Marcus Coleman, who led the team to the playoffs in its first season of existence; Wooten will also serve as Tucson’s general manager.

Wooten quit as the Iowa Barnstormers coach last week. It wasn’t long before he and Tucson had a deal.

“This wasn’t a long process,” Wooten said. “This is one of the premier teams in the IFL. This is a place you can come to, bring things together and bring championships here.”

Wooten spent three seasons in Iowa, winning the IFL Coach of the Year in his each of his first two seasons. With Wooten in charge, Iowa went 36-8 in the regular season and, in 2018, won the franchise’s first-ever United Bowl championship. Iowa played in Tucson in April, defeating the Sugar Skulls 61-58.

“Being at Iowa for the three years, it was a great experience, I worked with some great people we did some great things,” Wooten said. “But as a coach, you gotta look at the next opportunity to grow as a coach.”

Coleman led the Sugar Skulls to a 7-8 record in its inaugural season. Under Coleman, who served as Wooten’s defensive coordinator at Iowa before coming to Tucson, the Sugar Skulls became the first team in IFL history to make the playoffs as an expansion team. Co-owners Kevin and Cathy Guy said they planned to re-sign Coleman when his contract expired.

“We like Marcus as a person and he did a great job as a coach, but the whole goal here is to get better and to make it to a championship. We think we have a chance to do that with Dixie,” Cathy Guy said. “(Wooten) has always been on our radar and he’s one a handful of coaches who has actually beaten Kevin so he’s always been on the radar. … We’d rather have him coach for us than against him.”

Kevin Guy, who also coaches the IFL’s Arizona Rattlers, called it a difficult choice. Coleman is now serving as a defensive backs coach at Trinity University in Texas.

“We had every intention in bringing Marcus back, but when the opportunity came up that Dixie was available, you have to make tough decisions,” Guy said. “We’re committed to winning a championship and we felt that we had to make a strong move. … We have a great relationship with Marcus. I love Marcus to death. We wish him well and we’ll recommend him to any team that wants to hire him.”

Cathy Guy initially reached out to Wooten about both the head coaching and general manager job.

“When Cathy called me, the first thing she said was, ‘What are your goals and what are you trying do?’ I told her that I wanted to be a part of a great organization, and she told me the job is here if you want it,” Wooten said.

Wooten said he considered applying for jobs in the revamped XFL or the rival Arena Football League. Cathy Guy then sent photos of Tucson Arena and the Sugar Skulls’ facilities, and Wooten was sold on The Old Pueblo.

“That’s one of my closest coaches I talk to,” said Jones. “He was always electrifying. … He’s always challenging you as a football player.”

The Sugar Skulls’ move is the latest in the IFL’s offseason full of change. Tucson promoted Jay Gonzales to team president in July. In August, the IFL announced it was adding Albuquerque’s Duke City Gladiators to the league. Earlier this month, the league introduced the addition of the Oakland Panthers — a team co-owned by former NFL star Marshawn Lynch — as an expansion franchise.

The 2020 IFL schedule is expected to be released next month. For Wooten, preparation for the 2020 season is already underway.

It’s nice enough just to get to play your first NFL home game in front of thousands of adoring fans — one of whom is your mother, watching her first professional game.

But to score a touchdown?

Coach will lead the Rattlers into United Bowl Saturday night in Glendale.

Harris will be inducted into the Pima County Sports Hall of Fame next month.

Borbon talked to the Star's Justin Spears on ESPN Tucson this week about his big performance against Empire, growing up in Tombstone and how Buena is developing on the field.

With more than 49,000 Democrats voting in last month's primary, Albert Pesqueira needs a lot of voters to write his name on the ballot to win.

Slowly but surely, Dixie Wooten is molding the Tucson Sugar Skulls’ roster into a blend of last year’s expansion team and the Iowa Barnstormer…

Dixie Wooten talks to reporters after being introduced as the Tucson Sugar Skulls’ new coach at a news conference Wednesday.

Coach Dixie Wooten and the Iowa Barnstormers celebrated after they beat the Tucson Sugar Skulls 61-58 at Tucson Arena this spring. Wooten will now serve as Tucson’s coach and general manager, replacing Marcus Coleman.