PHOENIX – No one would have guessed the Suns had just lost Game 3 of the NBA Finals with the many fans rooting inside and outside Phoenix Suns Arena Sunday.

Ernesto Gastelum was loudly chanting, “Suns in five, Suns in five” while enjoying a piggyback ride from a family member outside the main entrance, and then followed with another mantra: “We bend, but we don’t break.”

“We believe in our boys, and it is all good if we lose one,” Gastelum said. “We’re going to bring it to Phoenix, and we’re going to win this 'ship in our hometown.”

The Suns’ "Road Game Rally" — what felt like a home Suns game — had fans waiting in line at least two hours before the doors opened. The $10 tickets made for a sold-out stadium, with seats available on a first-come, first-served basis.

Baseemah Uqdah arrived at 1 p.m. with food, water and 12 family members. Once doors opened at 3:30 p.m., her family moved swiftly to claim an entire row of seats.

“We sprinted. We pushed through the crowd. We were not playing,” Uqdah said, chuckling. “Everyone just buckled hands.”

“There’s 12 of us, so it’s hard to afford tickets like that. The fact that they do this for families is really amazing,” she added.

The volume was so loud that the only time announcers could be heard was when the Bucks scored or the Suns were down by a large margin. Fans stood on their feet, twirling orange towels after big plays, and let out boos when they disagreed with the officiating.

Every television break was filled with entertainment, from dancers to basketball competition to a DJ spinning mixes on the court.

However, two short-lived screen glitches were the reminder that the Suns were at Fiserv Forum in Milwaukee.

Anne Rickard and her daughter had front row seats and said her experience attending a Suns rally in 1993, which was when the team was last in the finals, was similar, except the energy this time was elevated.

“The same, well maybe a little wilder,” Rickard said. “It was exciting back then, even though we are not physically seeing the game in person.”

Rickard’s daughter Courtney grew up watching the Suns and enjoyed the experience of sitting so close to the court.

Those same seats are listed at $4,950 on Ticketmaster.

Amber Uthe also attended the 1993 rally and is glad her sons could experience this version as well.

The $10 ticket allowed Uthe to bring her two kids, while her husband stayed at home with their youngest. Her sons came with their basketball team, with many of them holding Big Head cutouts of their favorite Suns players.

Erika Rios’ group of 30-40 people ran to claim four rows so it could be part of the party-like experience. Adding the halftime performance of Tempe-based band Katastro made the event more exciting.

“It’s so much fun to be a part of this experience. I love that they did this for the fans,” Rios said.

Near the end, some fans trickled out, but for many, the party never stopped. They are excited the Suns now have the potential to win the title Saturday at Phoenix Suns Arena.

A Game 4 watch party is scheduled for Wednesday at Chase Field, the nearby home of the Arizona Diamondbacks. Tickets were sold out as of Tuesday.

Suns' Devin Booker eager to bounce back from Game 3 struggles

Booker shot just 3 of 14 Sunday night and managed just 10 points as the Suns lost 120-100 to the Milwaukee Bucks in Game 3 of the NBA Finals.

The Finals are a series again after Milwaukee's easy win Sunday. Now, the Suns have to figure out what went wrong and quickly fix it.

MILWAUKEE — Suns center Deandre Ayton said the foul trouble he had in Game 3 won’t impact the way he plays the rest of the NBA Finals.

Coming off two straight 40-point performances, Antetokounmpo will try to help the Bucks even the series in Game 4 on Wednesday. And whether playing with pain in his knee or shaking off hits to his face, the Suns know Antetokounmpo is going to keep attacking them.

PHOENIX — Businesses impacted by COVID-19 call the Phoenix Suns’ playoff run a shining light emerging from the dark tunnel of a pandemic. 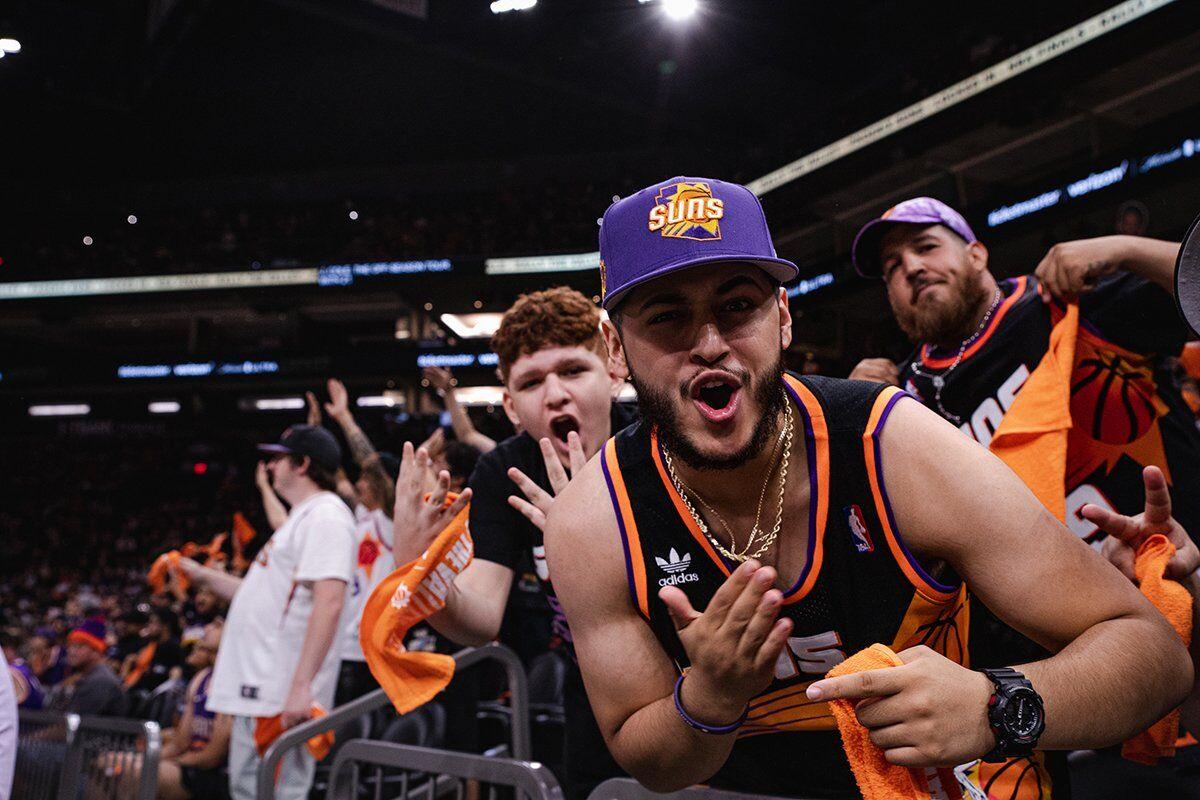 Fans celebrate in the stands during Sunday's watch party in downtown Phoenix. Suns fans watched the game on the videoboard, coming together for one of the most spirited sporting events of the year. 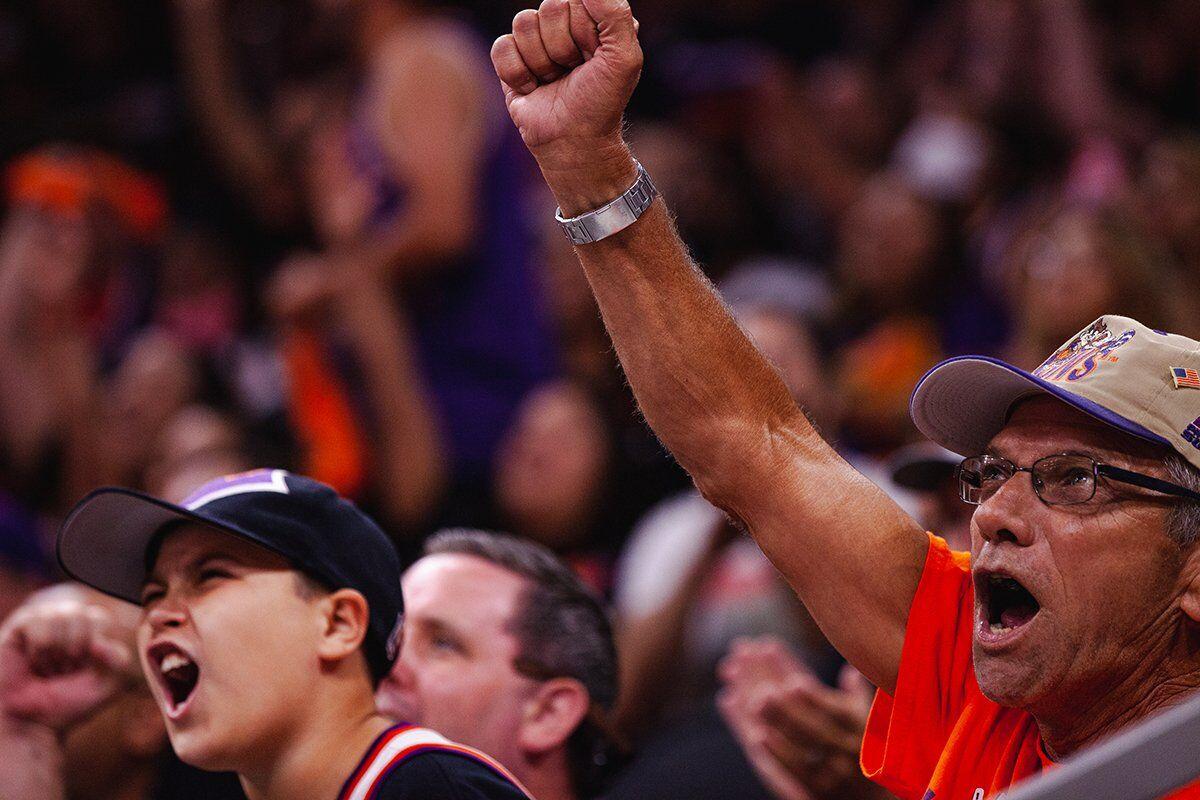 The watch party gave Suns fans who might not ordinarily be able to afford tickets a chance to cheer on the team from the arena.