MILWAUKEE — The Milwaukee Bucks have lost 28 games since the start of last season. Only once did they follow one defeat with another.

Giannis Antetokounmpo had 30 points and 19 rebounds, and the Bucks rebounded yet again by beating the Phoenix Suns 129-108 Sunday — two days after a loss to Denver.

Antetokounmpo reached the 30-point mark for the 26th time, and fellow All-Star Khris Middleton had 25 points, eight rebounds and six assists. Brook Lopez added 17 points, and the Bucks shot 49.5% and made 15 of 38 from 3-point range.

Devin Booker scored 32 points and spurred a third-quarter surge by Phoenix, and the deficit dropped to nine when former Arizona Wildcat DeAndre Ayton dropped a hook shot with 3:51 left in the quarter. Milwaukee responded with three straight 3-pointers — including back-to-back from Dante DiVincenzo — to snuff out the rally.

"It was a game until they hit those three 3s in a row," Phoenix coach Monty Williams said. "I'm proud of the way the guys competed."

Bucks: PG Dante DiVincenzo scored 15 points after missing Milwaukee's game Friday against Denver with a sprained left ankle. ... The Bucks are still without George Hill, who also missed Friday's game with a strained right hamstring. ... The Bucks' magic number to clinch a playoff spot is now 8. ... Milwaukee scored at least 100 points for a 73rd consecutive game.

Lopez took advantage of the undermanned and undersized Suns by blocking a career-high nine shots — one off the Bucks' franchise record.

"It was a team effort," Lopez said. "Phoenix got some easy (shots) in the beginning of the game. We came out a little loose (defensively) but we definitely tightened up and it shows."

WELCOME TO THE SHOW

Barely 24 hours after scoring six points for G-League Northern Arizona, Tariq Owens found himself up against Antetokounmpo, the reigning MVP, who barreled past him for an easy transition basket.

“I was just trying to get a stop,” Owens said. "He's one of those players I like watch film on so to be in the game and Giannis is the first person I have to guard is kind of a dream come true."

Owens scored 2 points on 1-of-4 shooting and grabbed two offensive rebounds in his first seven minutes.

Booker told Owens and Jaylen Lecque, a 19-year-old who was making a name for himself with highlight-reel dunks in the G-League, to relax and trust their teammates as they got their first taste of NBA action.

"Getting called up from the G-League and playing Milwaukee is a tough task but they showed a lot heart."

Suns: A three-game road trip continues Monday night in Brooklyn. The Nets will be without injured star Kyrie Irving.

Bucks: After getting a day off Monday, the Bucks play Tuesday night against rookie Zion Williamson and the Pelicans in New Orleans.

Who: Suns at Nets

Deandre Ayton posts another double-double but Suns lose by 21 in Milwaukee. 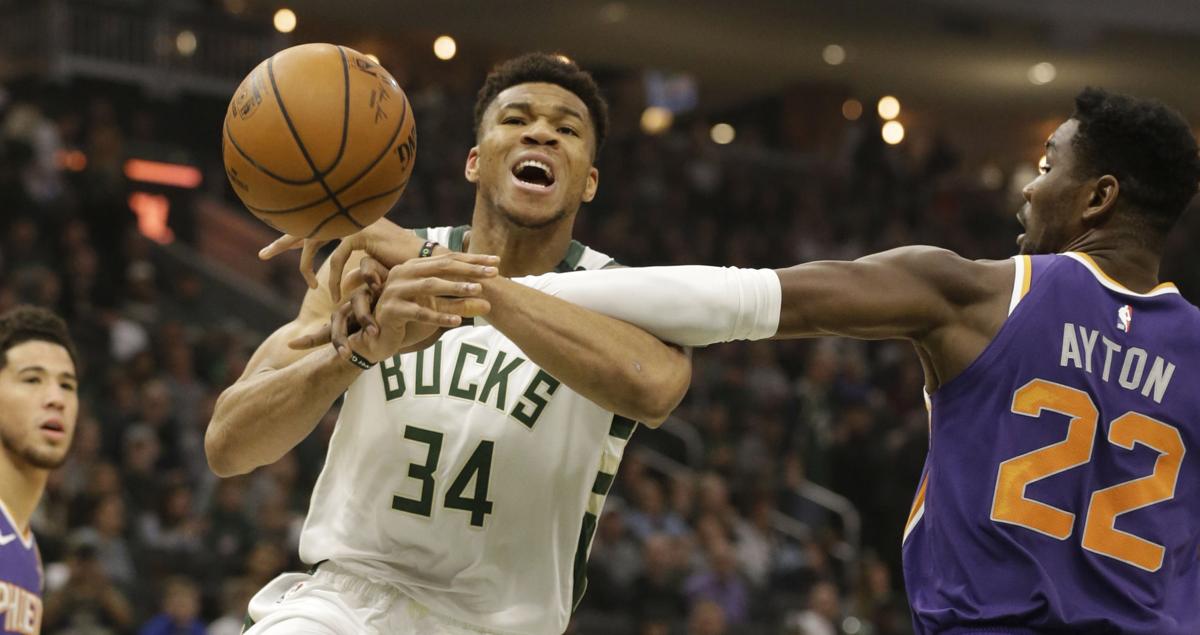 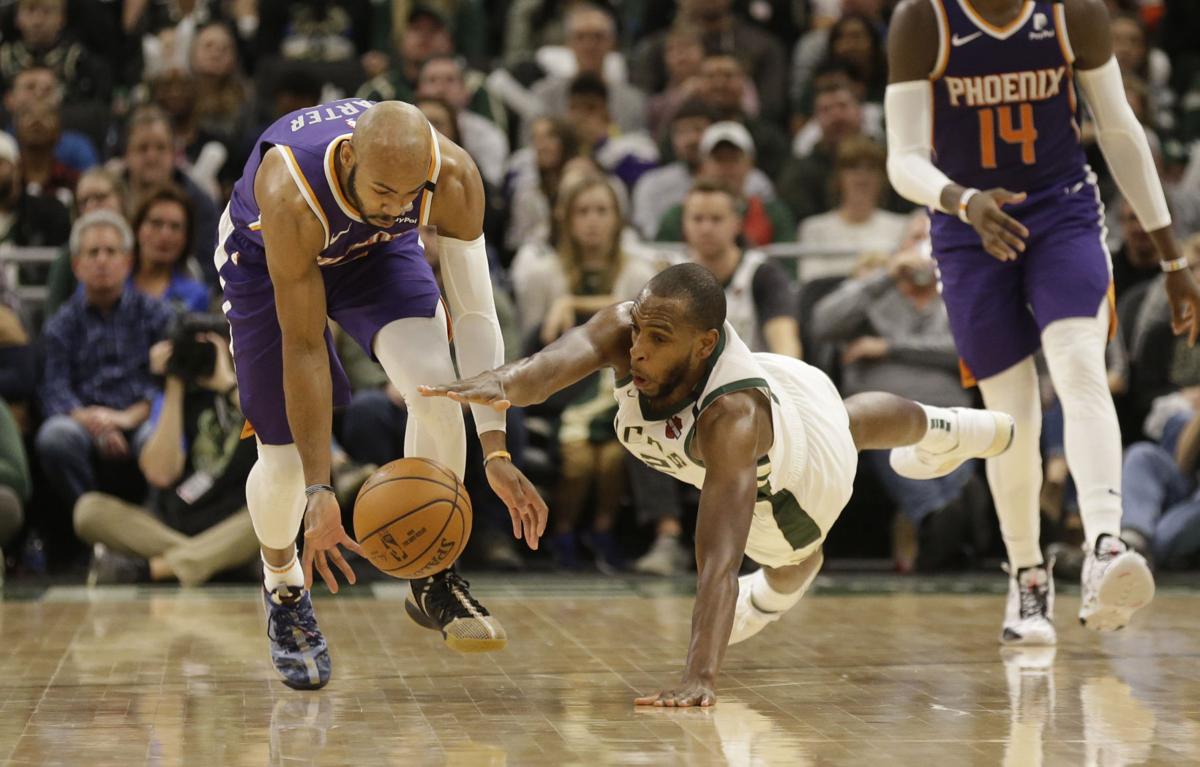