PHOENIX — The Phoenix Suns like to believe they're a resilient bunch.

Now is one of their few chances this season to prove it.

The Suns will be facing an elimination game for the first time in this postseason when they travel to Milwaukee for Game 6 of the NBA Finals on Tuesday night. Phoenix won the first two games of the series before the Bucks rallied to win the next three, including Saturday night's thrilling 123-119 victory in Game 5.

It's the first time since January that the Suns have lost three straight games.

Down 3-2 in the NBA Finals is never an ideal situation, especially with the Suns facing Game 6 on the road. But Phoenix center Deandre Ayton said there's nothing left to do but embrace the current scenario.

“Tables are turned now,” said the former Arizona Wildcat. “Now we’re the desperate team. We had our chances of being up and trying to finish the job, now we’re in the same position that they were in. They’re up and now we got to go get it. That’s why it’s a little bit more fun.”

The Suns missed a great opportunity to take control of the series in Game 5. They jumped out a 37-21 lead in the first quarter but fell apart on defense in the second and third, giving up 79 points over the two quarters.

The Suns nearly pulled off an improbable comeback after trailing by 10 in the final minutes, but Bucks point guard Jrue Holiday ripped the ball out of Booker's hands and threw a spectacular alley-oop to Giannis Antetokounmpo in the final seconds to secure Milwaukee's win.

It was a play that looked a lot like several for the Suns offense: Hand the ball to Booker and hope he does something awesome. There were a lot of times that he did and he finished with 40 points. The numbers say that the Suns had a very good offensive performance in Game 5: They shot 55% from the field, 68% on 3-pointers and 91% on free throws.

But Phoenix is at its best when its sharing the basketball on offense, whipping the ball around the perimeter in an effort to find the open man. Without many defensive stops, the offense was often stuck in halfcourt sets. Their 19 3-point attempts were far fewer than their usual 34 per game during the regular season.

Booker said he could feel the Suns' offense getting stagnant in the third.

“We were trading basket for basket for I think five minutes straight,” Booker said. “But we’re at our best when we get stops and get out in transition. I always say we hang our hat on the defensive end and that’s where we have to be better.”

The Suns have shown an ability to respond to less-than-ideal situations in the postseason. All-Star point guard Chris Paul injured his shoulder in the first round against the Lakers and wasn't very effective the next several games.

Paul also missed the first two games of the Western Conference finals against the LA Clippers because he was placed in the league's COVID-19 health and safefy protocol. The Suns still won both games.

Now comes the biggest test yet. The Bucks' big three of Antetokounmpo, Holiday and Khris Middleton are playing some of their best basketball of the season and the Suns have to find a way to beat them twice.

“One at a time,” Booker said. “Our focus is Milwaukee right now. That is how have you to do these series, one game at a time and yeah, that’s that.”

The Star's Greg Hansen is counting down the top 100 sports figures in Tucson history. Up next: Norm Patton

Melissa Ponder took her first freediving class in 2018 and entered the competition circuit in 2019. She also holds three national records, in addition to her recently acquired world record.

Hansen's Hundred, No. 44: Mary Hines did it all as an athlete, coach

Mary Hines, who is No. 44 on our list of Tucson’s Top 100 Sports Figures of the last 100 years, is known as much (or more) for coaching than her many athletic accomplishments.

Facing elimination, Suns 'have same look' in their eyes 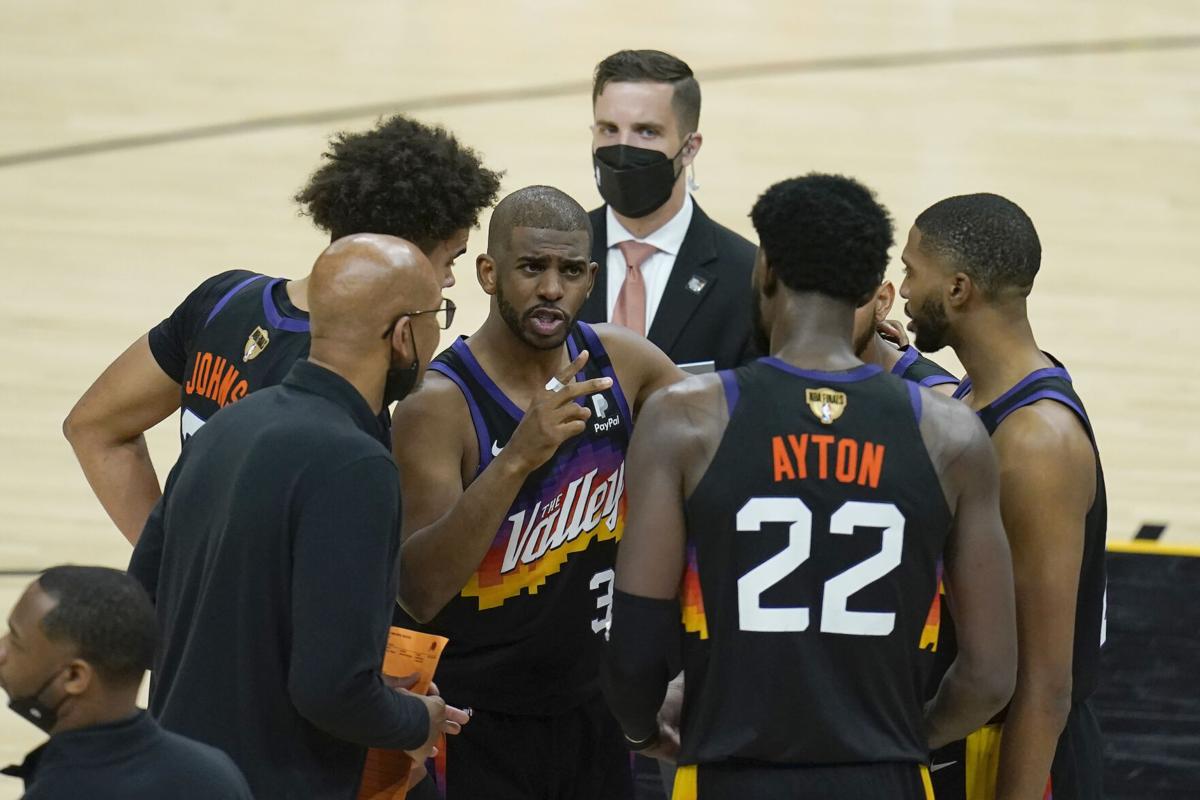 Phoenix’s Chris Paul, center, talks with teammates, including ex-UA Wildcat Deandre Ayton, during Saturday’s Game 5. The Suns are now one more loss from being eliminated after seemingly having the NBA Finals in hand a week ago. 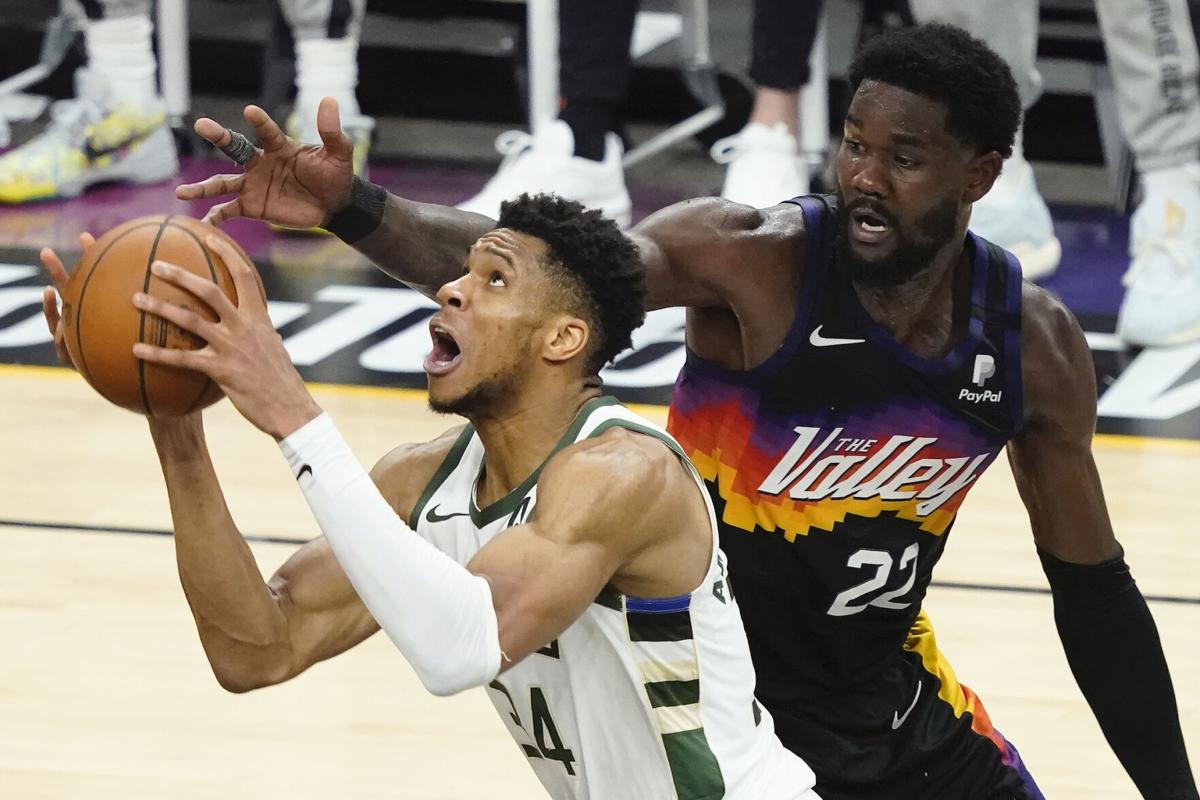 "They’re up and now we got to go get it," said former Arizona Wildcat Deandre Ayton, right. "That’s why it’s a little bit more fun."