PHOENIX — Jamal Murray poured in the points for the Nuggets, Torrey Craig stopped the Suns from scoring them and Denver finished off a season sweep of Phoenix.

Murray had another big night on the Suns' home floor, scoring 36 points while making 14 of 17 shots from the field, including 6 of 8 from 3-point range in the Nuggets' 117-108 victory on Saturday night. He scored 28 in Denver's win in Phoenix on Dec. 23.

Who: Suns at Lakers

“A lot of guys can score 36 points, but can they do it as efficiently as he did tonight?” Denver coach Michael Malone said. “So that's a huge credit to him. A big, big night for him.”

Denver won all four games against Phoenix this season and has won five of six overall. The Nuggets led 83-78 going into the final quarter and never trailed in the fourth, turning back a few Phoenix rallies.

“I was making shots. I had the rhythm,” Murray said. “I wasn’t going to force anything. I had five turnovers so I am disappointed about that, but we were just playing free. We weren’t putting any pressure on ourselves.”

Jokic added nine rebounds and six assists. Paul Millsap — who was playing in his first game since Jan. 6 — had 12 points, 11 rebounds and four assists in 18 minutes off the bench.

Former Arizona Wildcat Deandre Ayton finished with 28 points and 19 rebounds for the Suns. Devin Booker added 21 points and Kelly Oubre Jr. had 20. Booker's been one of the NBA's most efficient scorers this season, but Craig made life difficult for him, and Booker finished just 5 of 16 from the field.

“I really think Torrey Craig is an All-NBA defender,” Malone said. “I know people outside of Denver might not even know who Torrey Craig is, but if you look at the job he's done on some of the best players in the NBA, some of the top guards in the West, Torrey Craig deserves to be in that conversation.”

Phoenix led 37-28 after the first quarter but Denver rallied to take a 55-54 advantage by halftime. Murray had 17 points before the break while Jokic had 10. Ayton had 18 points and 11 rebounds.

Phoenix has lost five of its last six games. The Suns couldn't keep their momentum from Friday night's impressive 127-91 win over the Houston Rockets.

“I thought we were a bit tired tonight,” Suns coach Monty Williams said. “We missed some open looks. Last night everything was dropping. Tonight, we missed a ton of 3s. We got 32 of them up, shot 28 percent. A little bit of that is fatigue on a back-to-back.”

Ayton grabbed his 1,000th career rebound in the third quarter and needed just 94 career games to reach the milestone, which was the fewest games needed to reach 1,000 in franchise history.

“It shows where my hard work is going,” Ayton said. “I want a ‘W’, that's the best milestone you can possibly get, but it's good to know that.”

Ayton's been on a roll of late, averaging 22.2 points and 13.6 rebounds over the past five games.

Nuggets: Return home to host the Spurs on Monday.

Suns: Go on the road to face the Lakers on Monday.

DeAndre Ayton erupts for 28 points and 19 rebounds in Phoenix's loss. 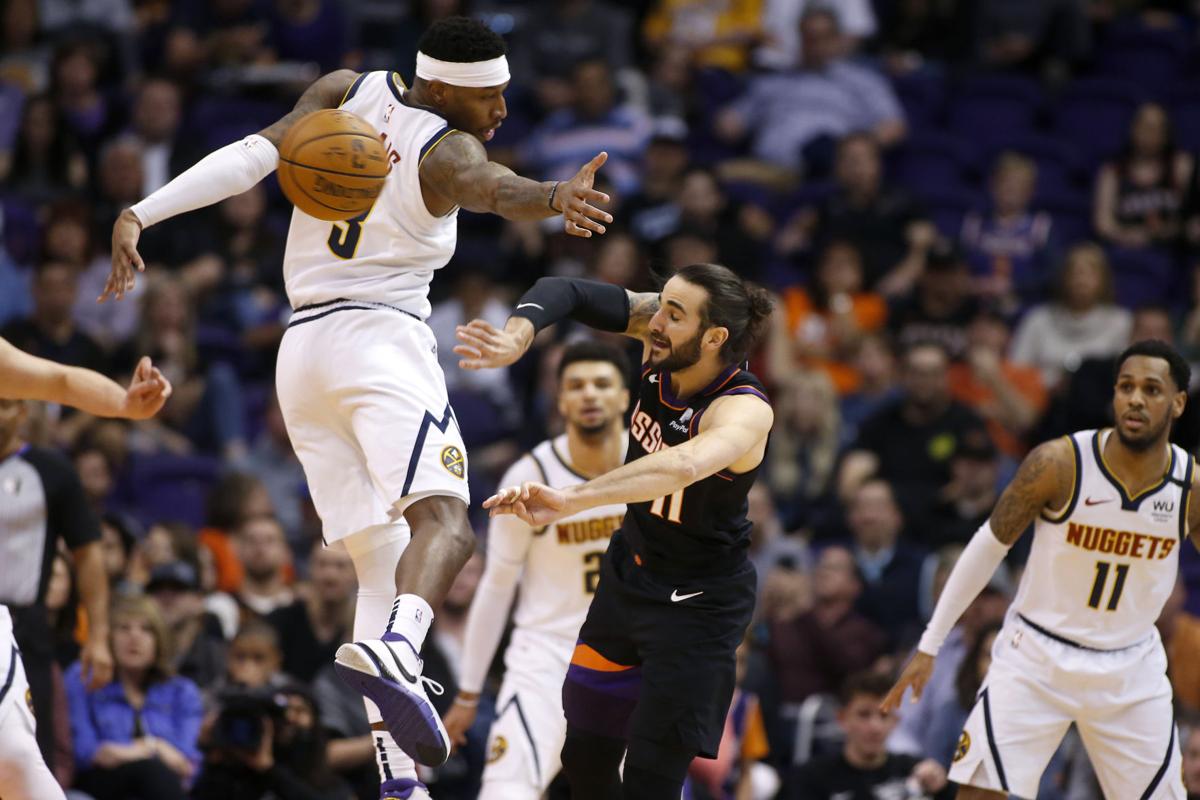 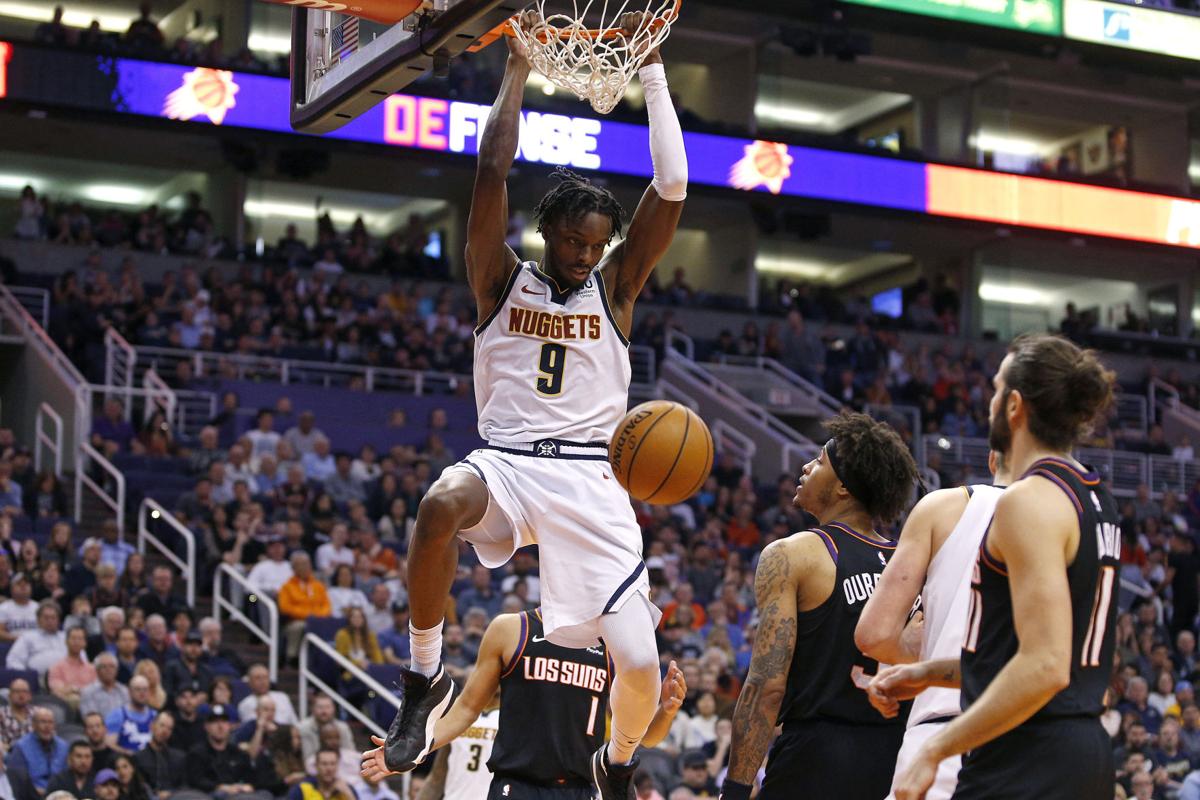