SAN ANTONIO — The Phoenix Suns got some needed rest for their All-Star backcourt and kept alive their chances at the No. 1 seed in the Western Conference, for a few hours at least.

E’Twaun Moore scored 22 points and made a 3-pointer with 2.2 seconds remaining that lifted Phoenix past the San Antonio Spurs 123-121 on Sunday.

Playing without Devin Booker and Chris Paul, the Suns were bailed out late by Moore, who also made a 3 with 1:08 remaining to stop a 9-0 run by San Antonio.

Booker and Paul spent the entire game cheering on their teammates and joined in a raucous postgame celebration.

“He gave me a little space and I just rose,” Moore said. “It wasn’t too much to it.”

Utah secured the top seed in the West with a blowout win over Sacramento later Sunday night. A Jazz loss would have made the Suns the top seed because Phoenix swept the season series from Utah.

“I’m confident about how we’re playing, but we also know one through eight in the West is just nutty,” Williams said. “Everybody is beatable.”

The Suns rested Booker and Paul in the final regular-season game for both teams. Phoenix was also without starting center and former Arizona Wildcat Deandre Ayton, who missed his third straight game with a sore left knee. The trio only missed a combined 10 games this season.

Phoenix still closed the season by winning three straight and nine of 12.

The Suns had eight players score in double figures, including 54 points from their reserves. Jevon Carter and Cameron Payne, who started in the backcourt, had 19 points each.

“That was fun,” Carter said. “Just showed how deep we are as team.”

San Antonio will play either Memphis or Golden State on Wednesday in the postseason play-in tournament. The Grizzlies and Warriors were playing Sunday with the winner earning the eighth seed and the loser falling to ninth and hosting the 10th-place Spurs.

DeMar DeRozan had 23 points to lead San Antonio, which closed the season by losing four straight and 10 of 12. Jakob Poeltl added 17 points and 10 rebounds and Bates-Diop had nine points in 12 minutes.

DeRozan, Poeltl, Dejounte Murray and Rudy Gay all returned after missing Saturday’s 140-103 loss to the Suns for rest.

“We wanted to get a good workout, I guess, conditioning-wise,” Spurs coach Gregg Popovich said. “Get some rhythm for Jakob, Dejounte, and DeMar. Don’t get anybody hurt. The young guys got to play a lot against a Phoenix bench that is pretty veteran.”

Phoenix entered the second half trailing 61-52, but Carter had 13 points in the quarter, guiding the Suns to an 80-74 lead with 3:39 remaining in the third.

The Star columnist check in on how college basketball has become all about transfers, whether Bob Baffert is guilty of doping his horses and why the Pac-12's softball excellence is a testament to the father of the sport, Mike Candrea.

The Ironwood Ridge High School grad captures his second race of the season and passes 1,000 laps led in his career.

Roadrunners blown out in regular-season finale; Pacific Division playoff up next 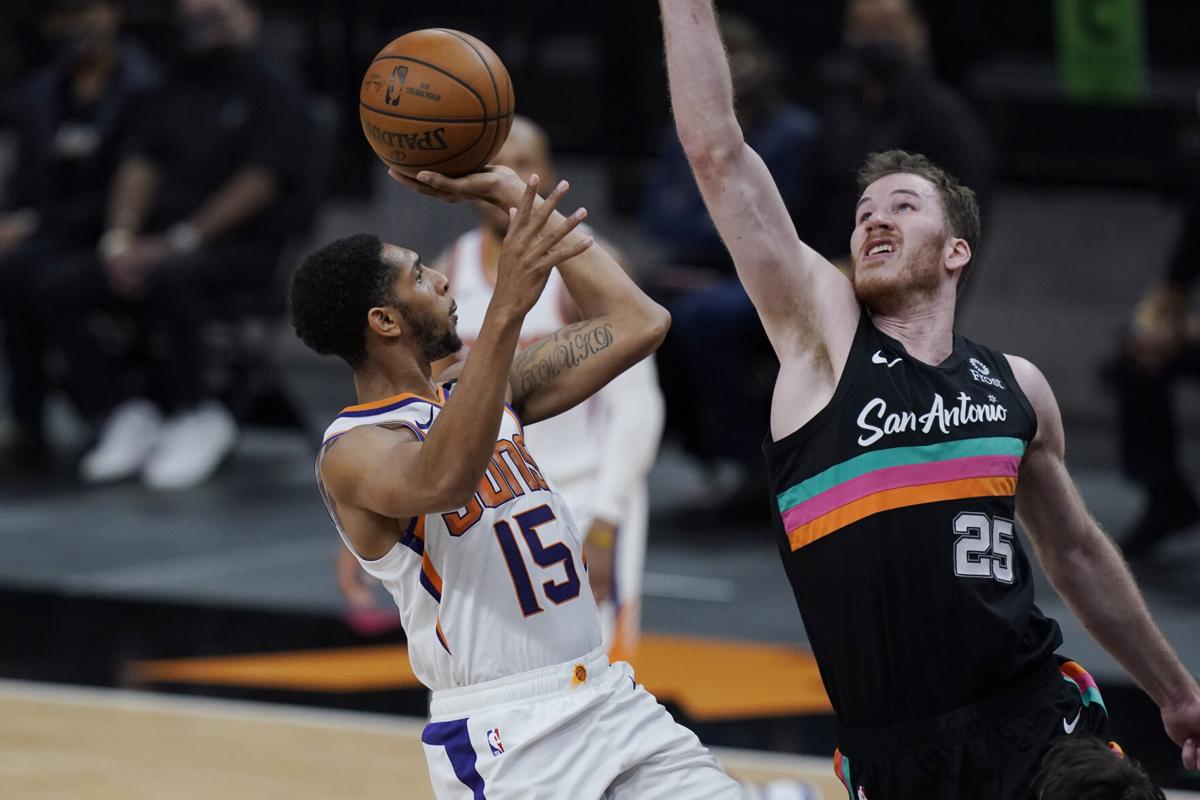 Phoenix’s Cameron Payne shoots over Jakob Poeltl during the first half of the Suns’ win Sunday. Phoenix will be the No. 1 or No. 2 seed in the West. 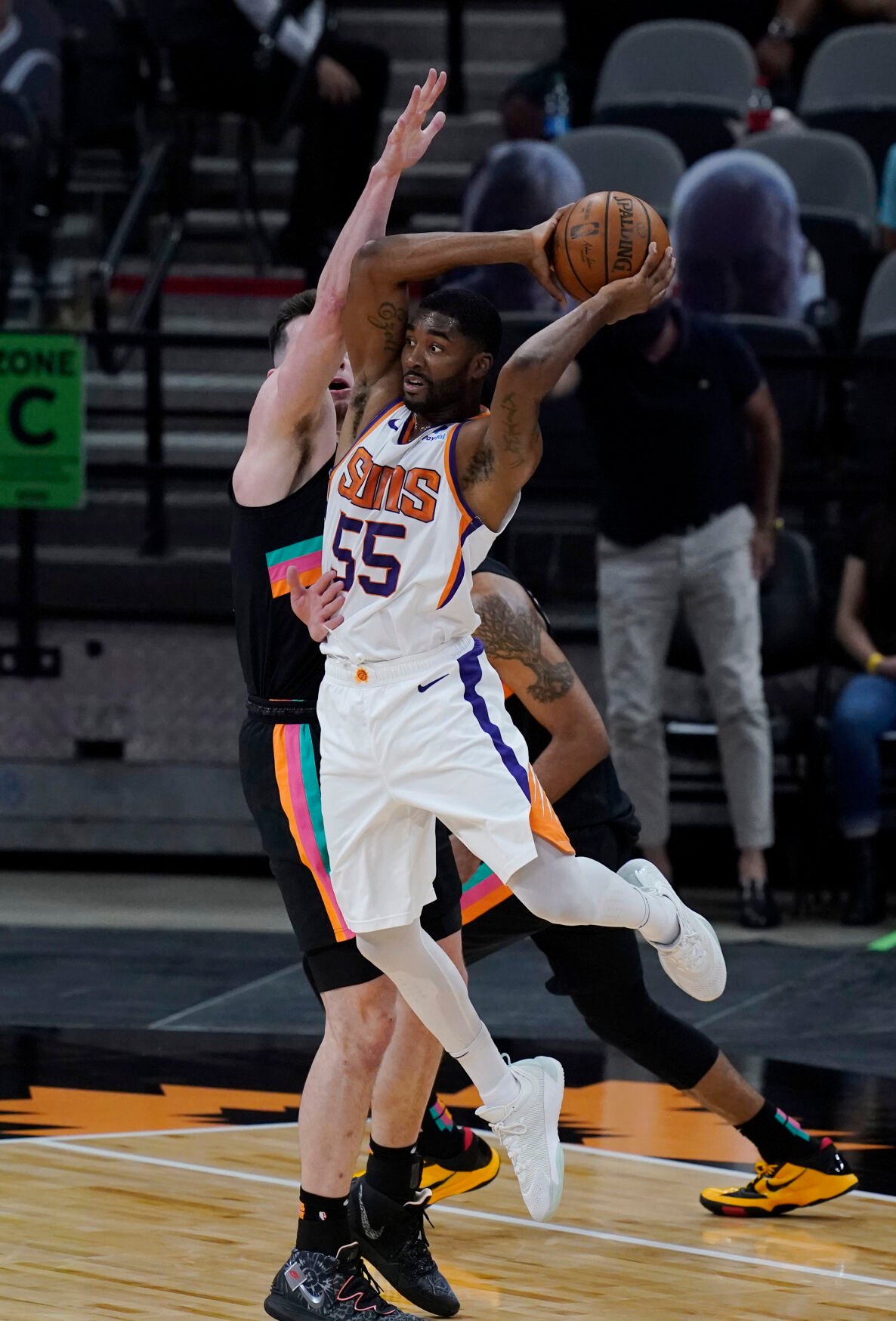 Suns guard E’Twaun Moore is pressured by Drew Eubanks on Sunday in San Antonio. Phoenix finished the regular season with a 51-21 record.