PHOENIX — Phoenix Suns coach Monty Williams said he threw a bit of a two-week pity party after losing the NBA Finals in July, retreating to his property in Texas, working in the yard, feeding the deer, fishing in his pond and cutting the grass.

Then he had an epiphany: Life wasn’t too bad after all.

“Man, I got to be in the Finals,” Williams said. “We didn’t win, but I got to be in that position. I get to work with our players. It’s a huge, huge blessing. I kind of lost sight of that because we lost.”

The Suns returned to preseason camp Monday, barely two months after losing to the Milwaukee Bucks in six games in the Finals. The burn of that setback is still fresh for players and coaches — the Suns had a 2-0 lead in the series before losing the final four games — but there’s a limit to how much this team is looking backward.

The Suns say the loss is certainly motivating, but it can’t lead to pity.

The journey begins again and the players are embracing it.

“This is our job — you have fun playing basketball every single day,” forward Mikal Bridges said. “You don’t think that’s it’s dreadful, an eight-month thing. You get to play what you love every single day. There can be wear and tear on your body, but at the end of the day, we’re doing what we love. We get paid a good amount of money to do it and we enjoy it.”

The Suns will start their journey with most of the same roster that made it to the Finals. The All-Star backcourt of Chris Paul and Devin Booker returns after Paul signed a lucrative new deal that could keep him in the desert until he’s 40.

Then there’s former Arizona Wildcat Deandre Ayton, who changed the trajectory of his career during the Suns’ two-month playoff run. The 2018 No. 1 overall pick transformed from a talented curiosity into one of the league’s best big men, dropping constant double-doubles on some of the best teams and opposing players in the NBA.

For Paul — an 11-time All-Star — it was an easy decision to return.

“This is close to my family (in Los Angeles), and this became my family last year,” Paul said. “Not only was being here in Phoenix fun basketball-wise, but it was fun as far as life. Those of you who work, anytime you go to work and you don’t feel like you’re at work, you enjoy what you’re doing, it’s always a nice feeling.”

Phoenix did make a few changes to the roster. GM James Jones added guard Landry Shamet in a trade and also signed point guard Elfrid Payton and big man JaVale McGee, who has been a part of two NBA championship teams. The Suns lost backup forward Torrey Craig, who became an important part of the rotation during the playoffs.

As expected, Booker wasn’t at Monday’s media day because he’s in the league’s health and safety protocol. The two-time All-Star will also miss the beginning of camp. Forward Dario Saric is likely out for the first several months of the season after tearing his ACL during the Finals.

But otherwise, the Suns are in pretty good shape. There might be some concessions made early in camp and the regular season to accommodate players who need rest, but it’s a challenge they’re looking forward to embracing.

“We’ve earned the right to have a short break,” Williams said. “We’ve got to embrace that.”

And Brooklyn guard Kyrie Irving is keeping everyone guessing.

The NBA season arrived Monday with media days in advance of training camp, with the ongoing pandemic as much if not even more of a topic than basketball. This will be the third season affected at least in part by the pandemic, almost certainly not the last, and some teams revealed that their rosters are 100% vaccinated entering the season.

Same goes for Giannis Antetokounmpo of the NBA champion Milwaukee Bucks, who still isn’t totally sure if the vaccine will present issues down the road.

But much like sentiments expressed by Portland’s Damian Lillard and Memphis’ Ja Morant, Antetokounmpo — a father of two — said his family played a major role in his decision to get vaccinated.

“I did what was best for me and my family’s safety. ... You do whatever it takes for you and your family to be OK,” Antetokounmpo said.

The Spurs have a fully vaccinated roster, Popovich said. The New York Knicks and Los Angeles Lakers said last week that they would have the same, and some other clubs — including Utah, Portland, Houston and Charlotte — said they were at the 100% mark.

Greg Hansen: Despite uneven performance, Wildcats go from hopeless to hopeful in 60 minutes

Jordan McCloud throws five interceptions, but his overall play shows Arizona's season may not be a lost cause after all.

Looking back at a Saturday that included the Beavers routing the Trojans to end a six-decade losing streak at the Coliseum.

By the numbers: How Arizona kept it close, then stumbled late against Oregon

Key statistics and figures that show how Arizona battled with No. 3 Oregon before getting outscored by 17 points in the fourth quarter.

JACKSONVILLE, Fla. — Byron Murphy caught a glimpse of J.J. Watt bearing down on Trevor Lawrence and figured the pass would be underthrown.

The Tucsonan was injured on the opening series of the Giants' 17-14 loss to the Falcons on Sunday and had to be helped off the field.

Mistakes were made, but Cards good enough to overcome them

Arizona (3-0) beat Jacksonville 31-19 on Sunday despite trailing for a big chunk of the afternoon.

Hear what Jedd Fisch said in his weekly press conference as the Arizona Wildcats enter a bye week. 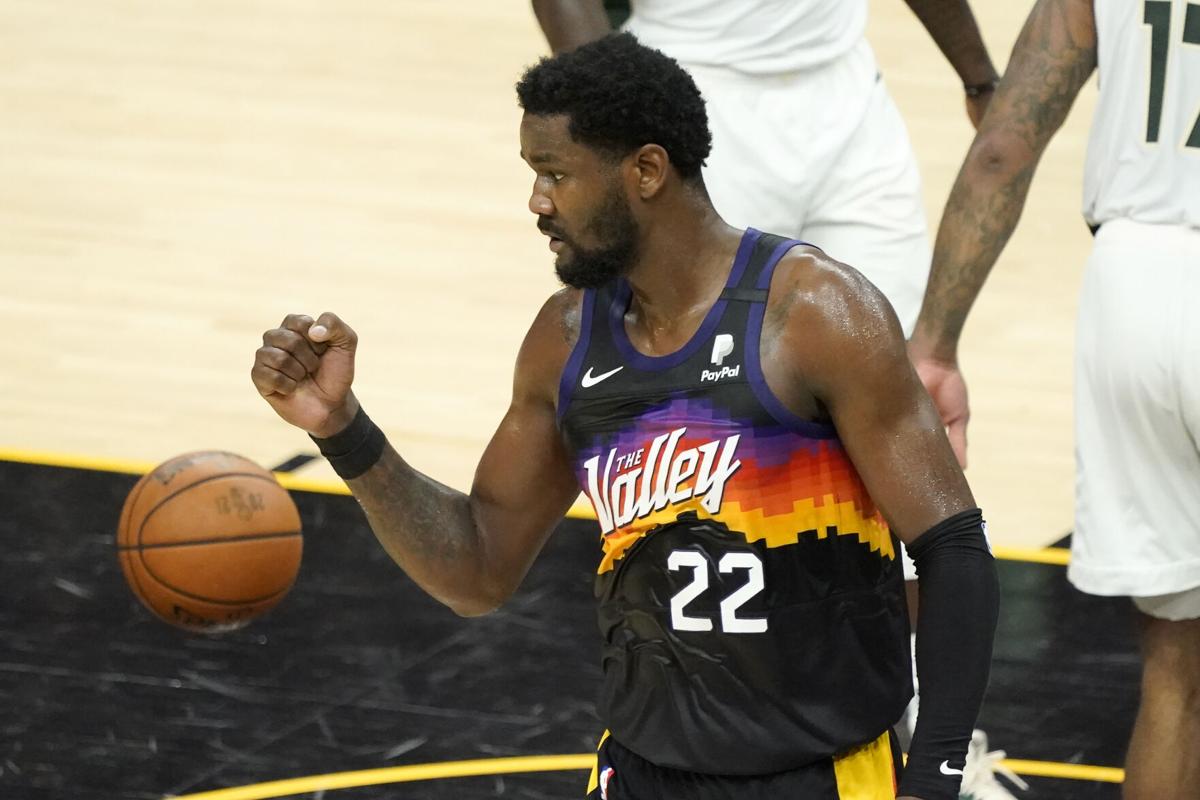 Former UA Wildcat Deandre Ayton was at the top of his game in the NBA Playoffs, but the Suns couldn’t hold a 2-0 lead over the Bucks in the Finals. 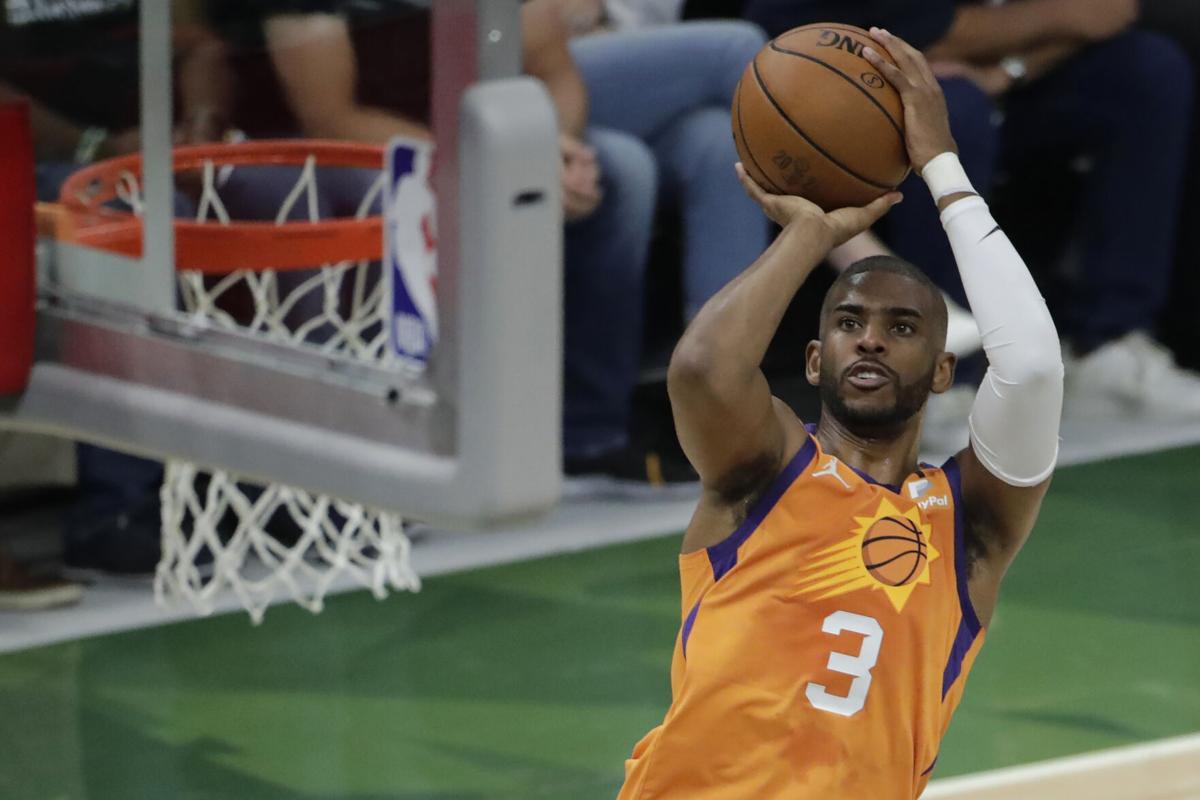 “Not only was being here in Phoenix fun basketball-wise, but it was fun as far as life," said guard Chris Paul of his decision to return to the Suns.