With Ayton and Booker in place, Phoenix Suns don't feel pressure to make draft-night trade
Share this
1 of 2 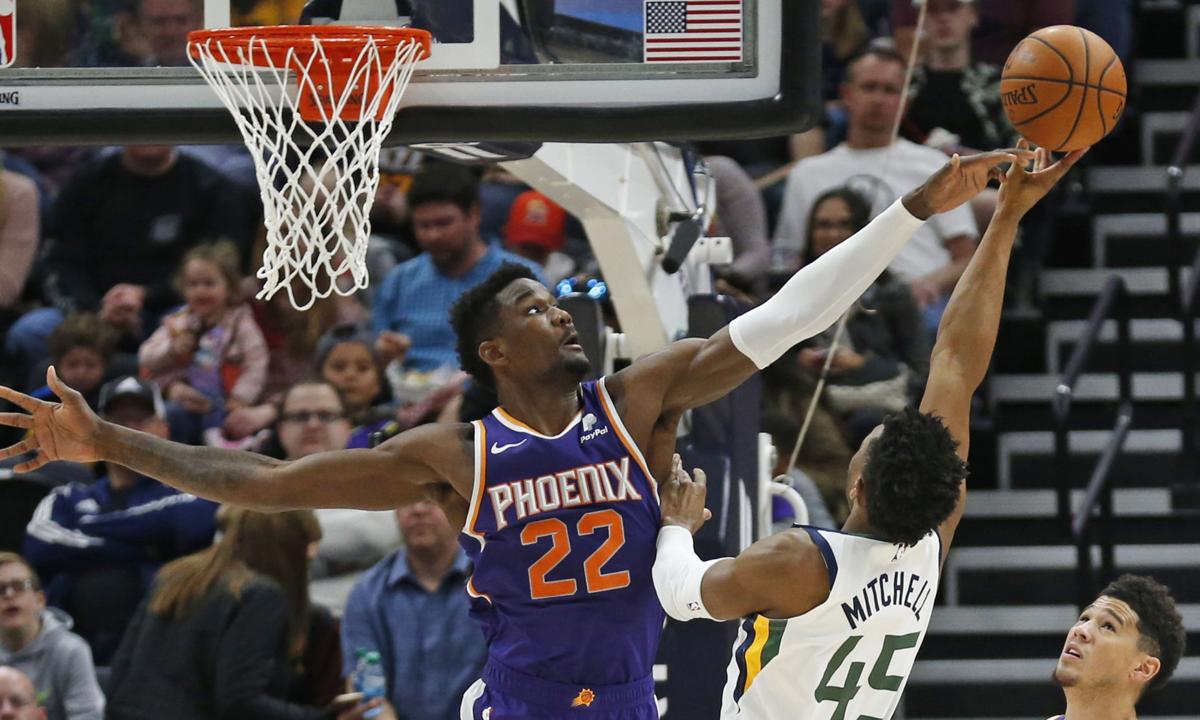 Former Arizona Wildcat Deandre Ayton (22) averaged a double-double with the Phoenix Suns last season after being the No. 1 pick overall in the 2018 NBA Draft. The question now is who will join him when the Suns make the sixth pick in Thursday’s draft. 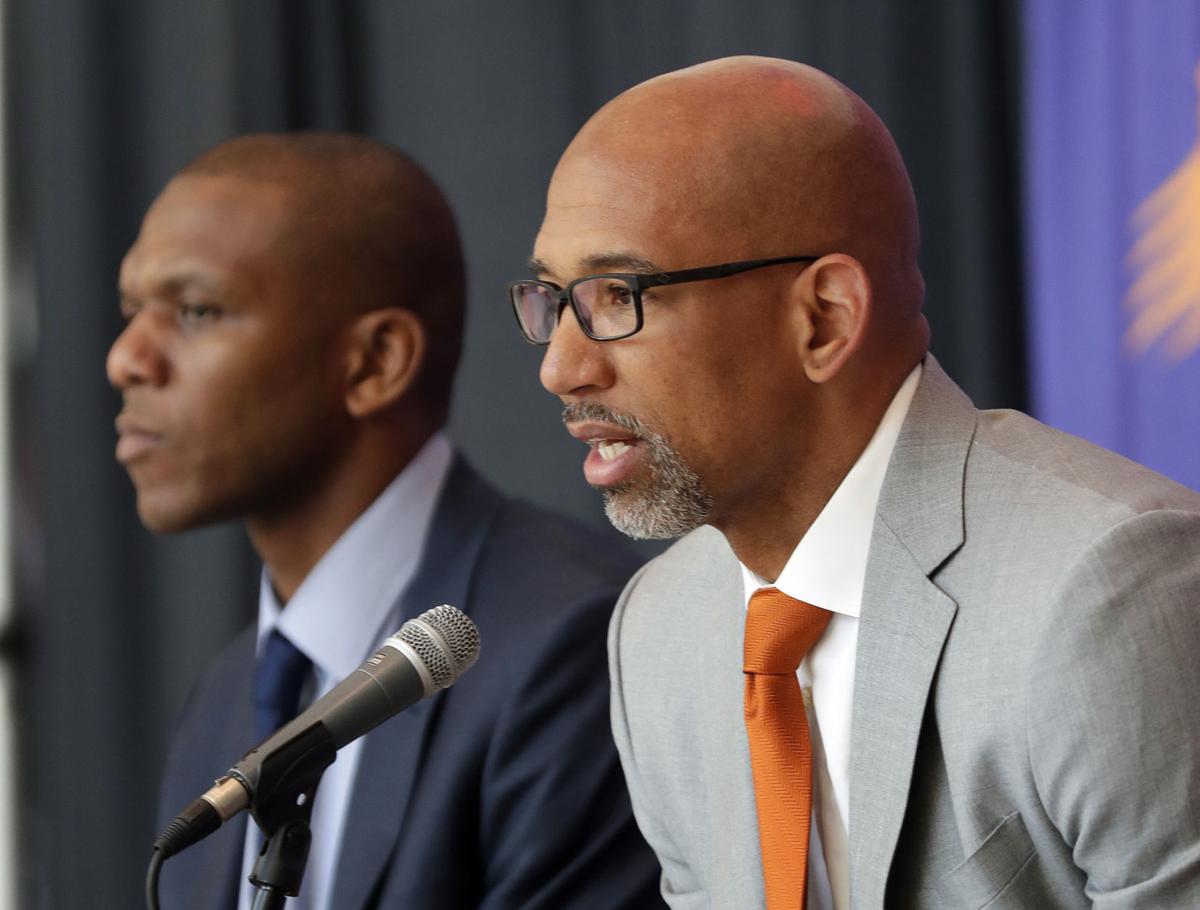 Suns general manager James Jones, left, says the “most aggressive” move Phoenix has made this offseason so far was to hire Philadelphia 76ers assistant Monty Williams, right, as its new coach.

“I’m comfortable staying there,” Jones said Tuesday. “Not looking to trade it. I think there are more than six good players in this draft.”

Jones said he understands the calls from Suns fans to make big moves. Phoenix has had five consecutive losing seasons and hasn’t made the playoffs since 2010.

The Suns had the league’s worst record in 2017-18 at 21-61 and lost a franchise-record 17 consecutive games en route to their second-worst record in franchise history this past season at 19-63.

However, Jones isn’t going to let the past force a major move in the future.

“There’s no pressure to … do something,” Jones said. “At the end of the day, if we didn’t believe Devin (Booker) or Deandre (Ayton) were foundation pieces, then we should be desperate and feel like we’ve got to make a move.”

Booker averaged a career-high 26.6 points per game while Ayton averaged a double-double of 16.3 points on 58.5% shooting and 10.3 rebounds per game.

Jones said the “most aggressive” move Phoenix has made this offseason so far was hiring Philadelphia 76ers assistant Monty Williams as its next head coach to replace Igor Kokoskov, who was fired after one season.

“We believe he’ll be able to push us forward rapidly, but properly and consistently,” said Jones. “The outcry, I get it. I’ve said before, it’s really the byproduct of the years of frustration and disappointment, but I’m not going to allow the past to propel me or force me to jump. That’s just not how you build a team.”

Back to the draft, at least two of the following players will be available for Phoenix to select Thursday: point guard Coby White out of North Carolina, shooting guard Jarrett Culver out of Texas Tech and forwards De’Andre Hunter of Virginia and Cam Reddish of Duke.

“We have multiple positions that we need to fill,” Jones said. “So it’ll be a player that embodies all the things that we talked about: make quick decisions, plays well in transition, has great positional size, can play with power and force, can shoot, can score on all three levels.”

Along with those size and offensive attributes, Jones said the Suns will be targeting players with certain defensive skills, as well.

“(That player) can defend their position and multiple positions,” Jones continued. “Doesn’t have to be an elite individual defender, but a very good team defender. So when you look at the draft, I think there are a bunch of guys who fit that mold.”

Zion Williamson, Ja Morant and RJ Barrett are expected to go 1-2-3 in the draft to the New Orleans Pelicans, Memphis Grizzlies and New York Knicks, respectively. The Pelicans got the fourth pick from the Los Angeles Lakers in their recent trade of Anthony Davis.

Then, the Cleveland Cavaliers will have the fifth pick before Phoenix is on the clock.

Until then, rumors will be rampant about what the Suns will do.

Jones also said TJ Warren and Josh Jackson are in good standing with the Suns amid reports they’re on the trading block. NBA sources have told The Republic the Suns aren’t looking to trade the two players.

“I don’t respond to rumors,” Jones said. “If it was my comment, I’d respond to it. Like anything around this time of the year, everyone wants to create a story. There’s no stories here.”

“There are more possibilities and less constraints,” Jones said. “There’s more excitement, but the message has been the same and consistent. Looking at opportunities to improve the team and just listening to concepts that sometimes makes no sense, but it’s just the process of dialogue.”

A position-by-position look at this year's top NBA Draft prospects:

NEW YORK — The Hawks now have the fourth pick in the NBA Draft.

Suns trade down, draft UNC forward at No. 11 on busy night for Phoenix

Former Arizona Wildcat Deandre Ayton (22) averaged a double-double with the Phoenix Suns last season after being the No. 1 pick overall in the 2018 NBA Draft. The question now is who will join him when the Suns make the sixth pick in Thursday’s draft.

Suns general manager James Jones, left, says the “most aggressive” move Phoenix has made this offseason so far was to hire Philadelphia 76ers assistant Monty Williams, right, as its new coach. 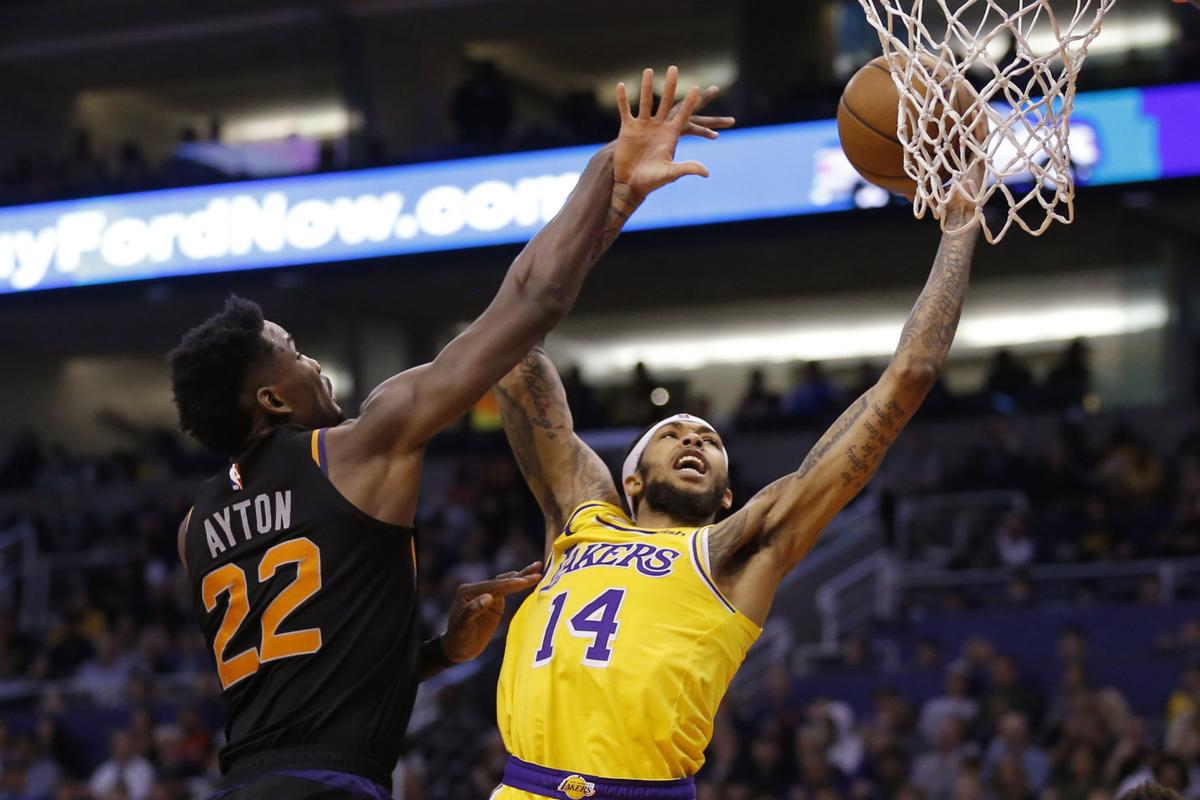 Deandre Ayton, the Phoenix Suns’ No. 1 overall draft pick a year ago, averaged a double-double with 16.3 points and 10.3 rebounds a game as a rookie. 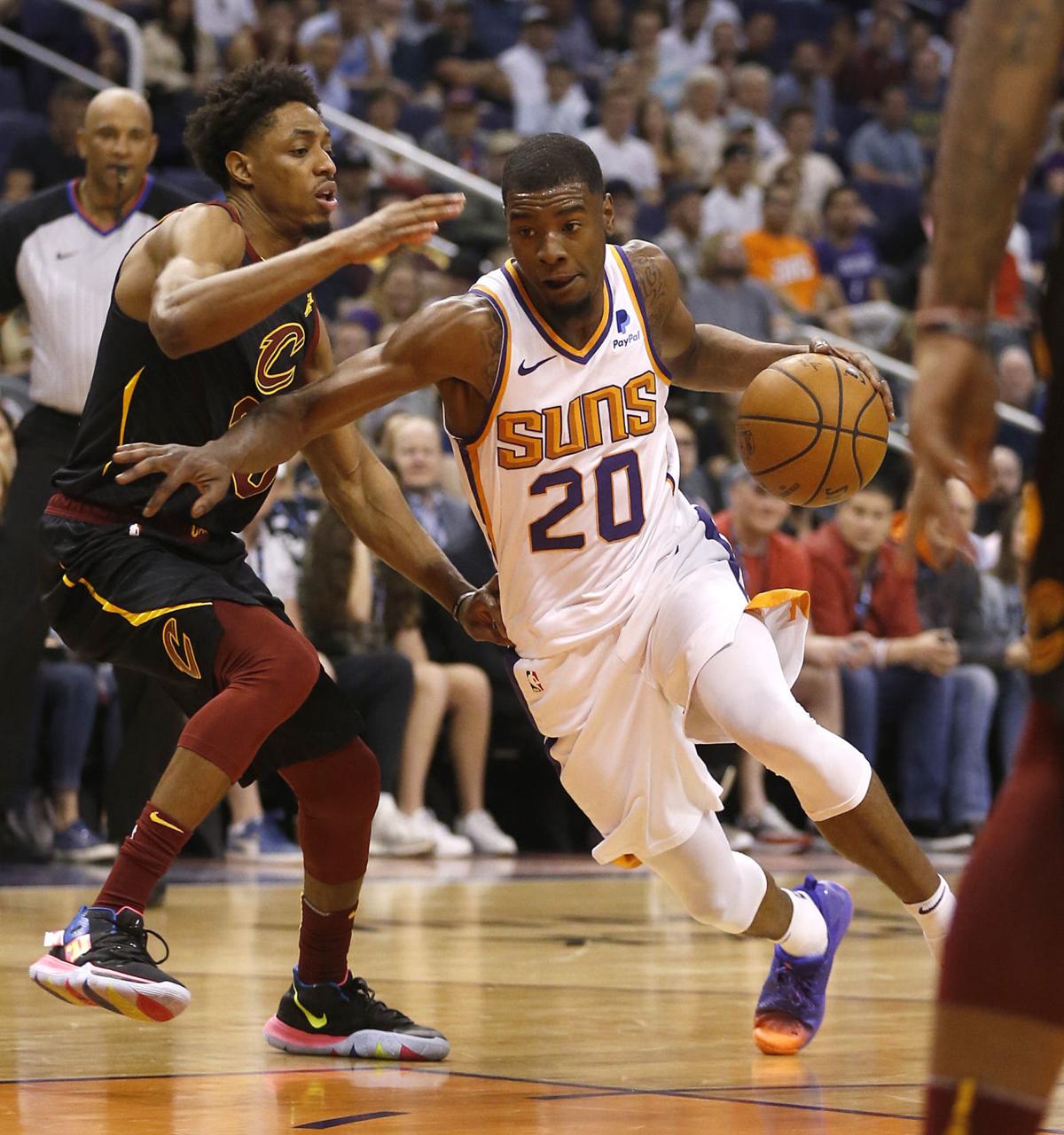 Some reports have Phoenix’s Josh Jackson on the trading block, but sources have told The Arizona Republic the Suns aren’t looking to trade him.