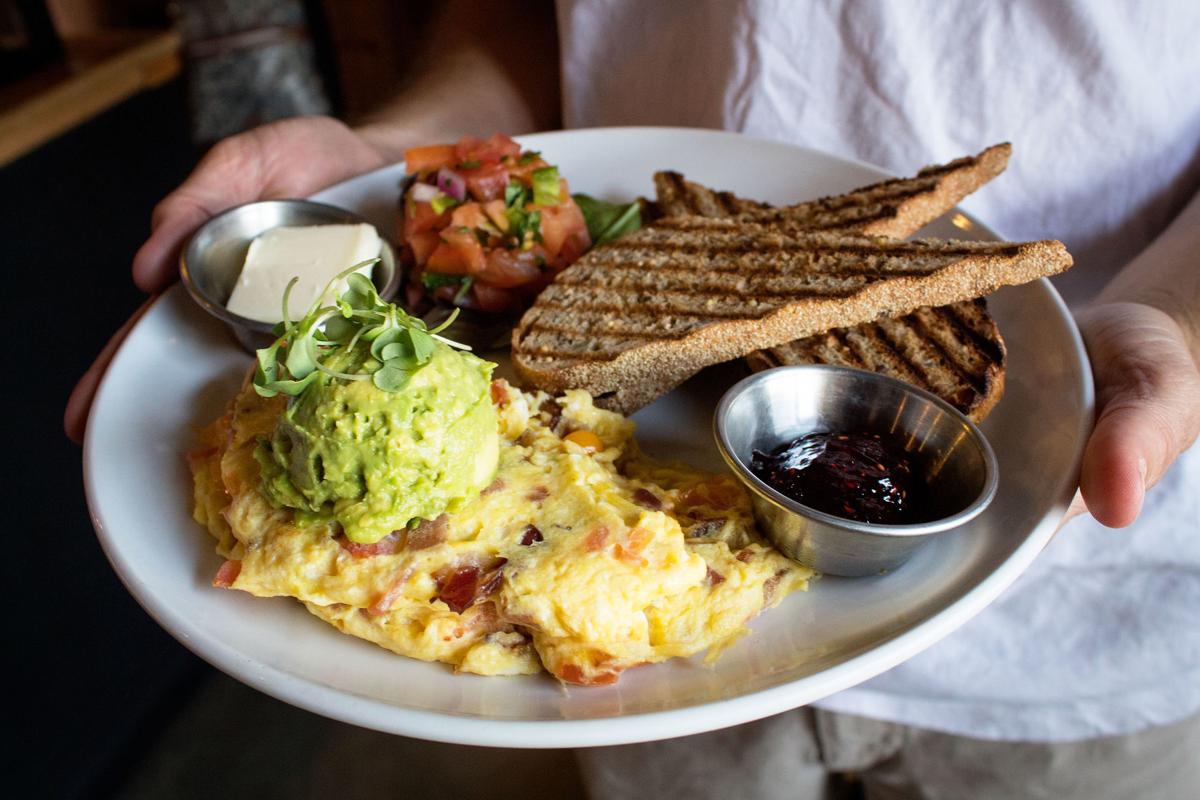 The Mount Lemmon Omelette, $9.50, at Le Buzz Caffe is a plump crescent of egg filled with applewood-smoked bacon, tomato and sharp Cheddar cheese. 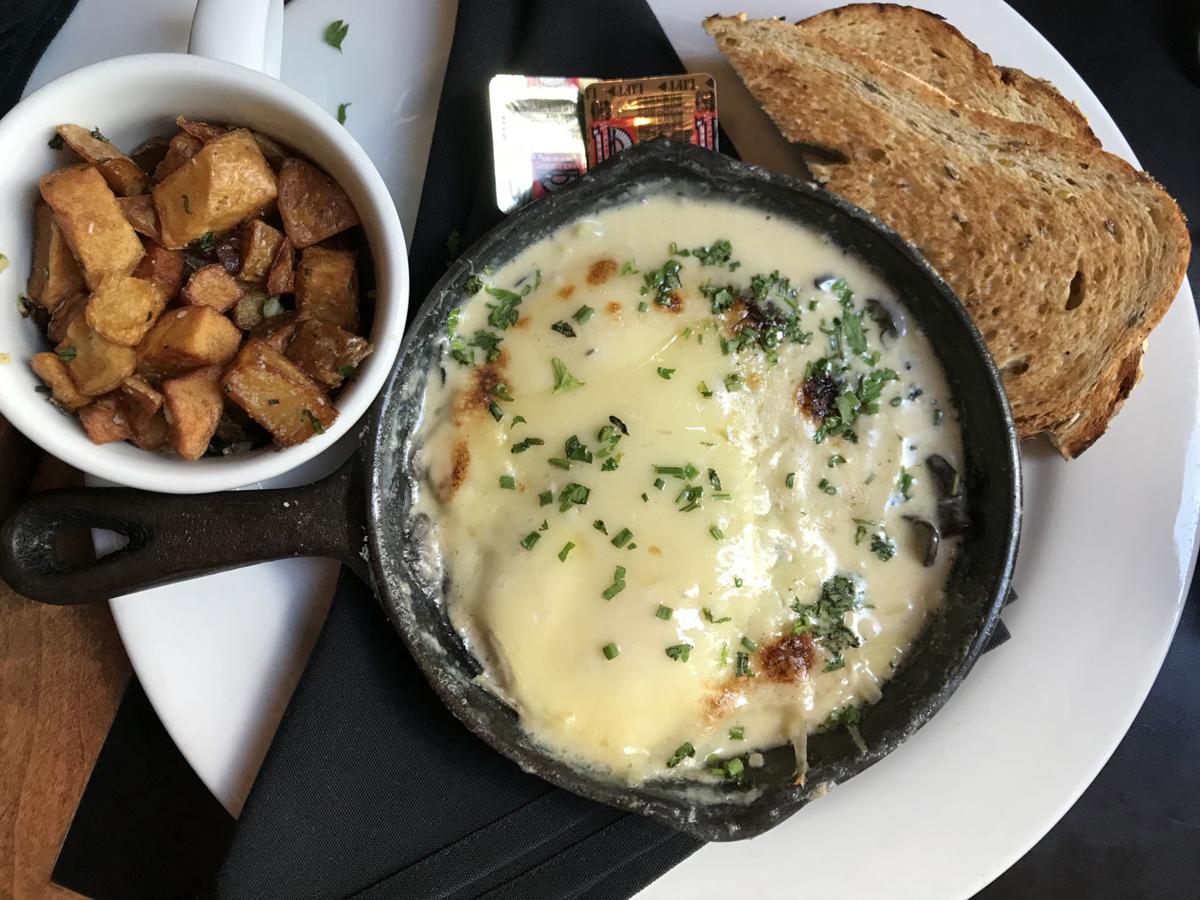 These are the baked eggs from Hotel Congress' Cup Cafe. 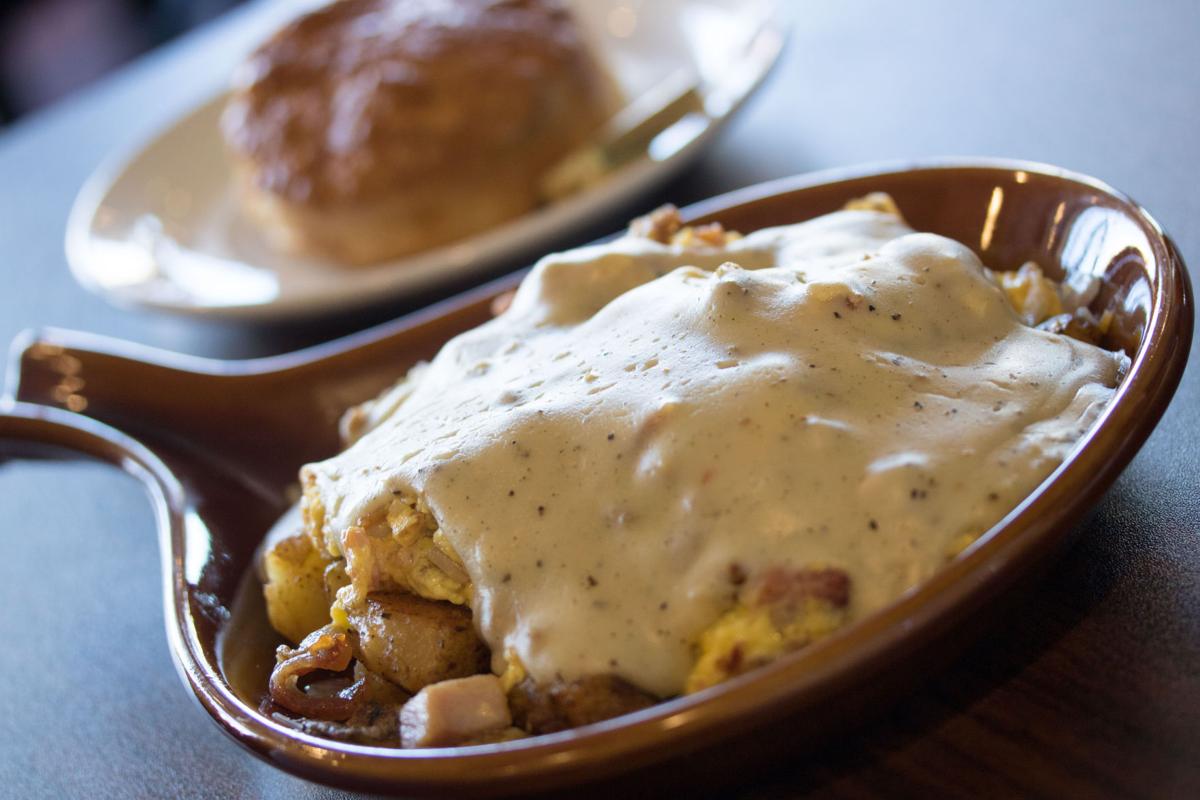 The Copper Queen Skillet is a classic Bisbee Breakfast Club creation. There's a bunch of stuff under that gravy, we promise. 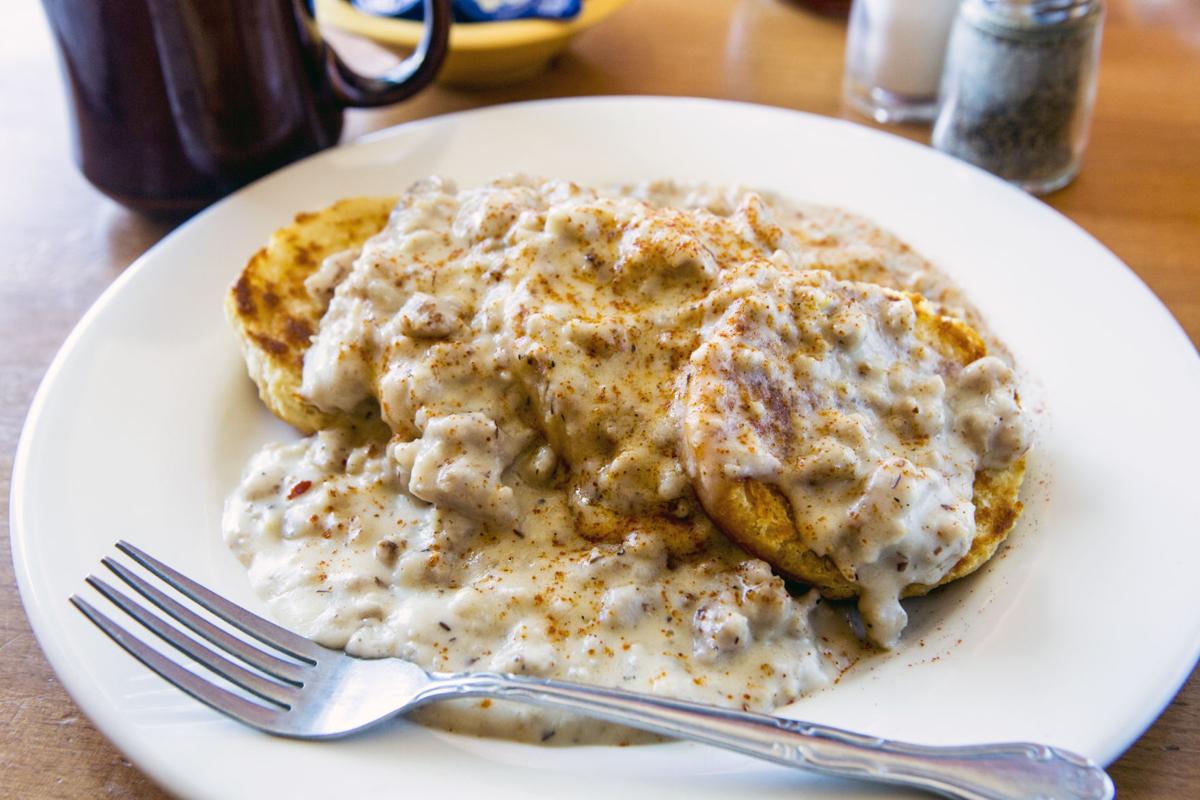 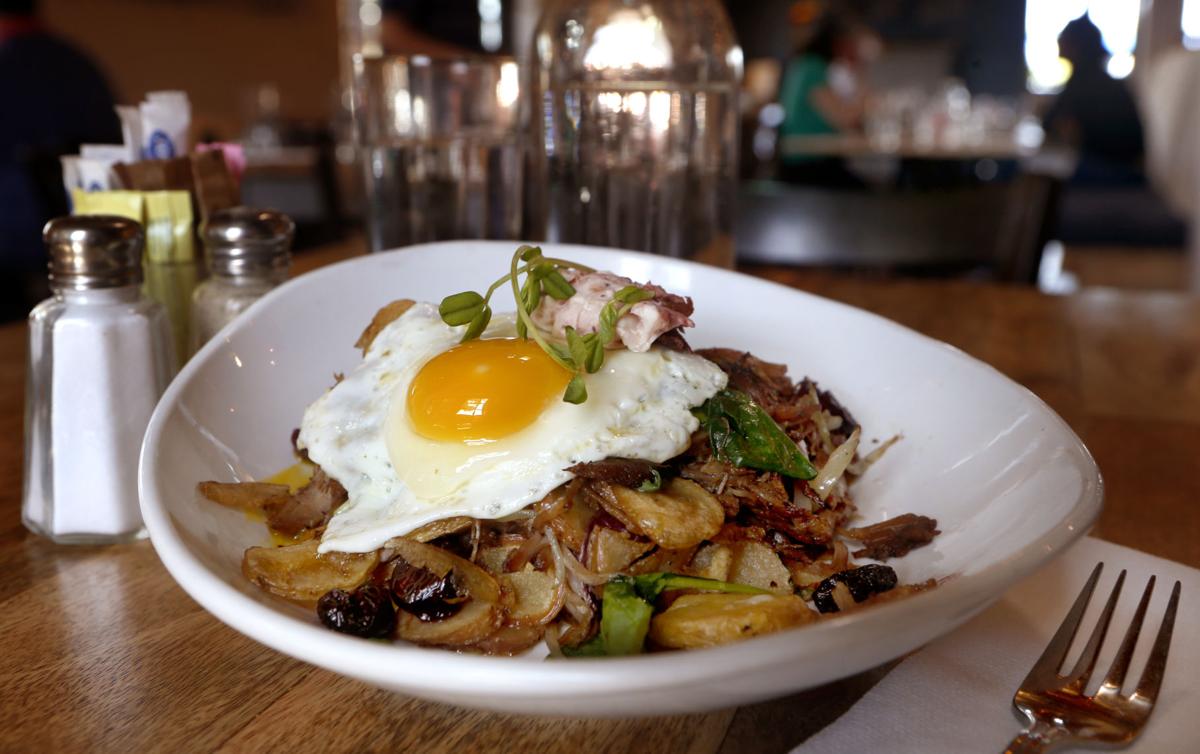 Get your day on the right foot with the duck confit hash at Prep & Pastry. 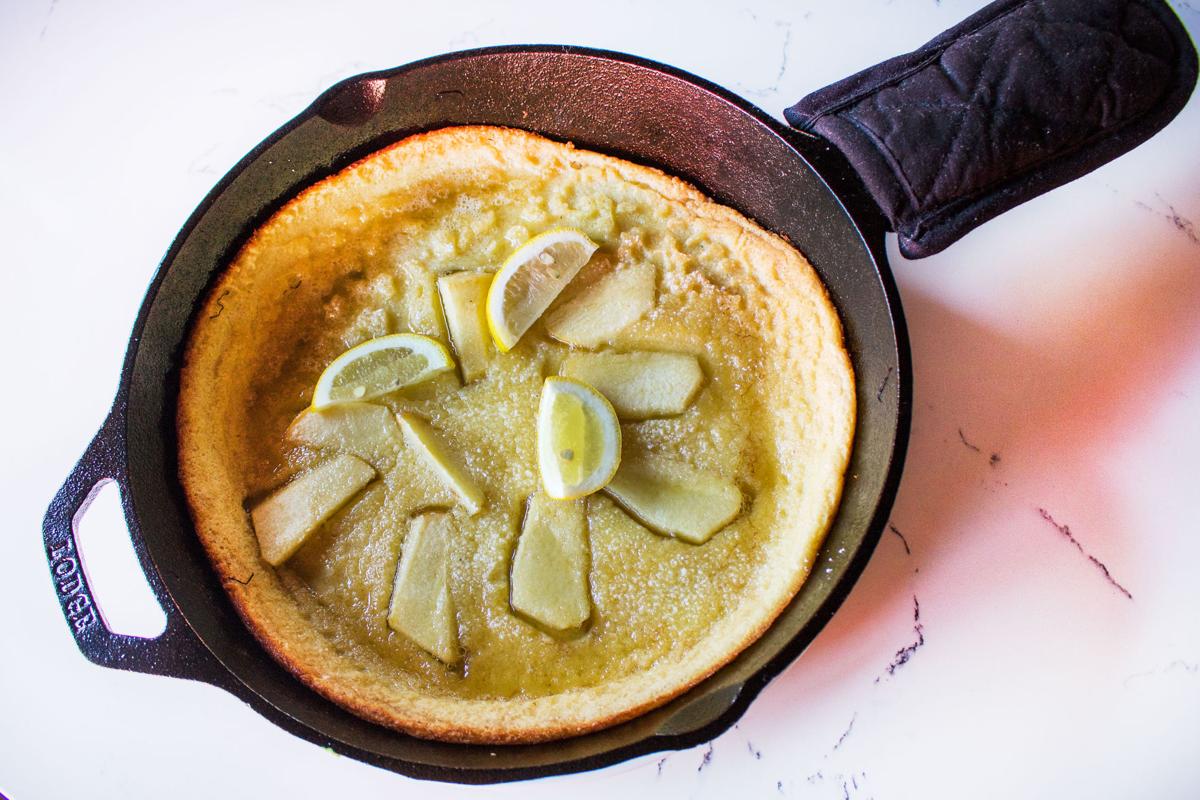 This is a Dutch baby, also known as a German pancake, or a Dutch puff. It is sweet and moist and spongy, irresistible. 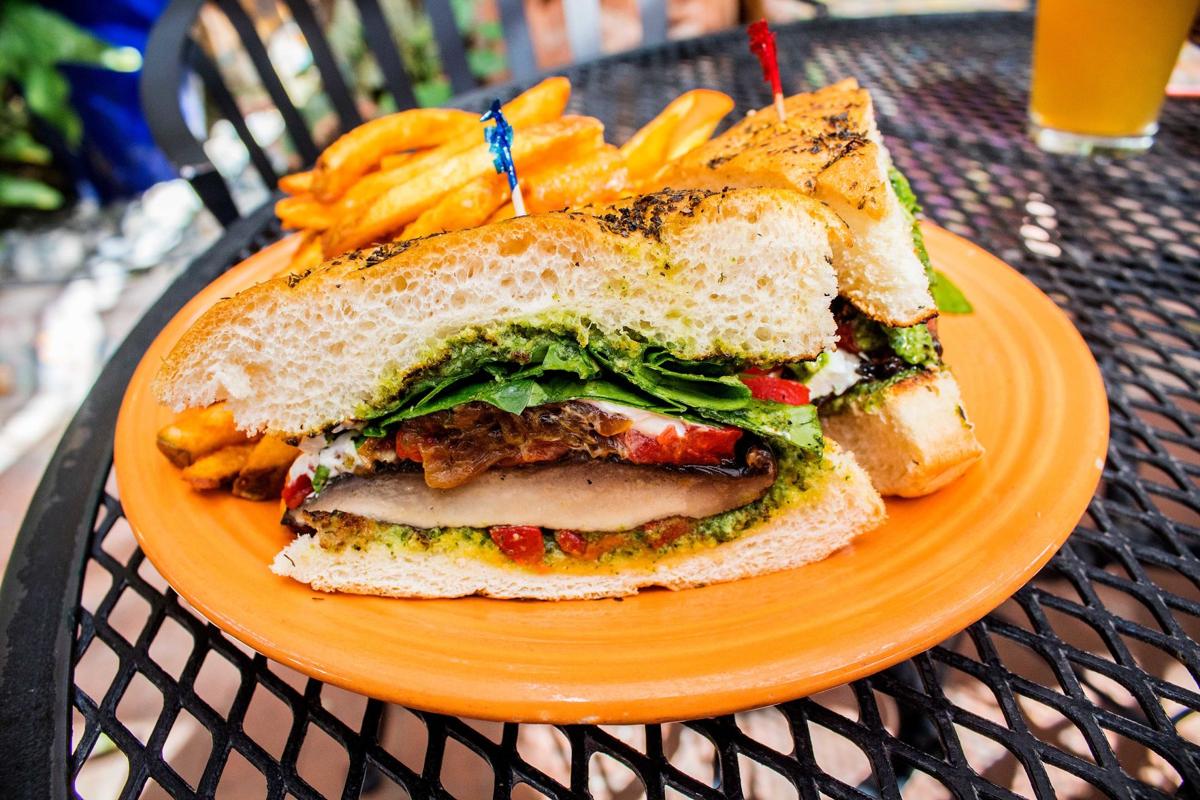 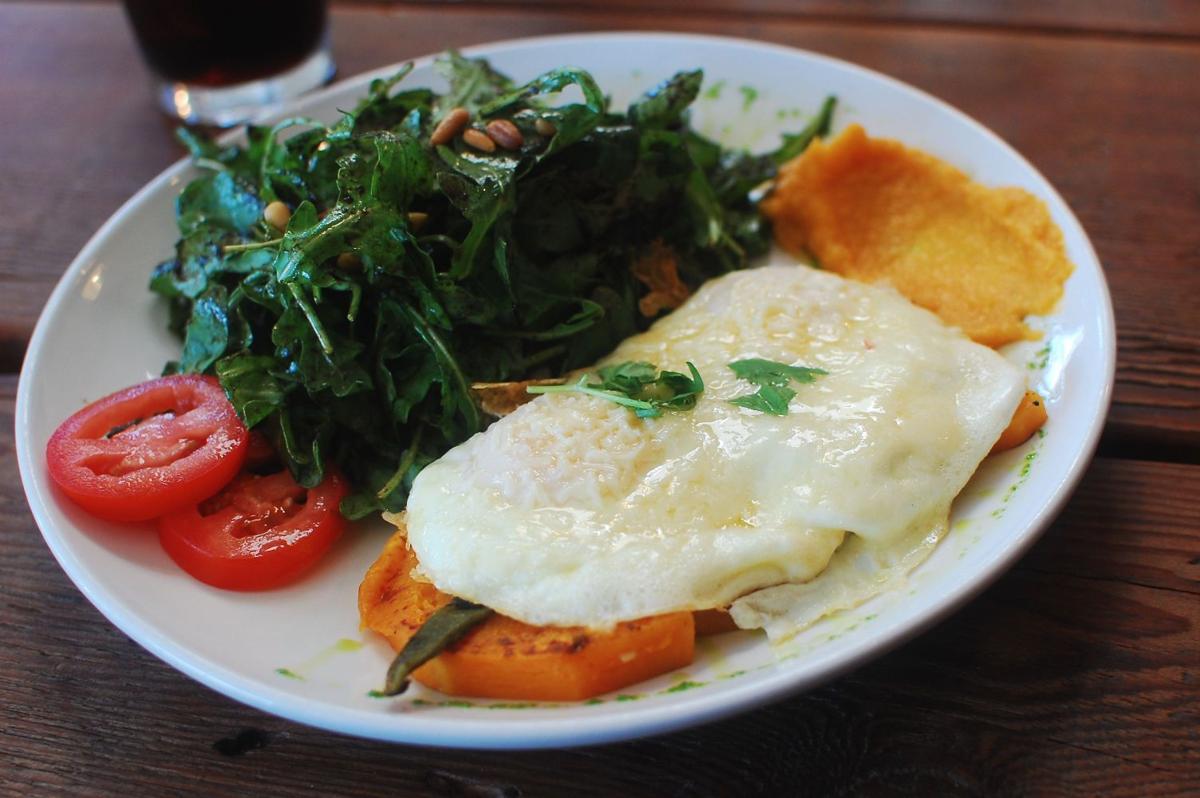 The breakfast salad at 5 Points Market and Restaurant, which was written up in both the New York Times and the Phoenix New Times. 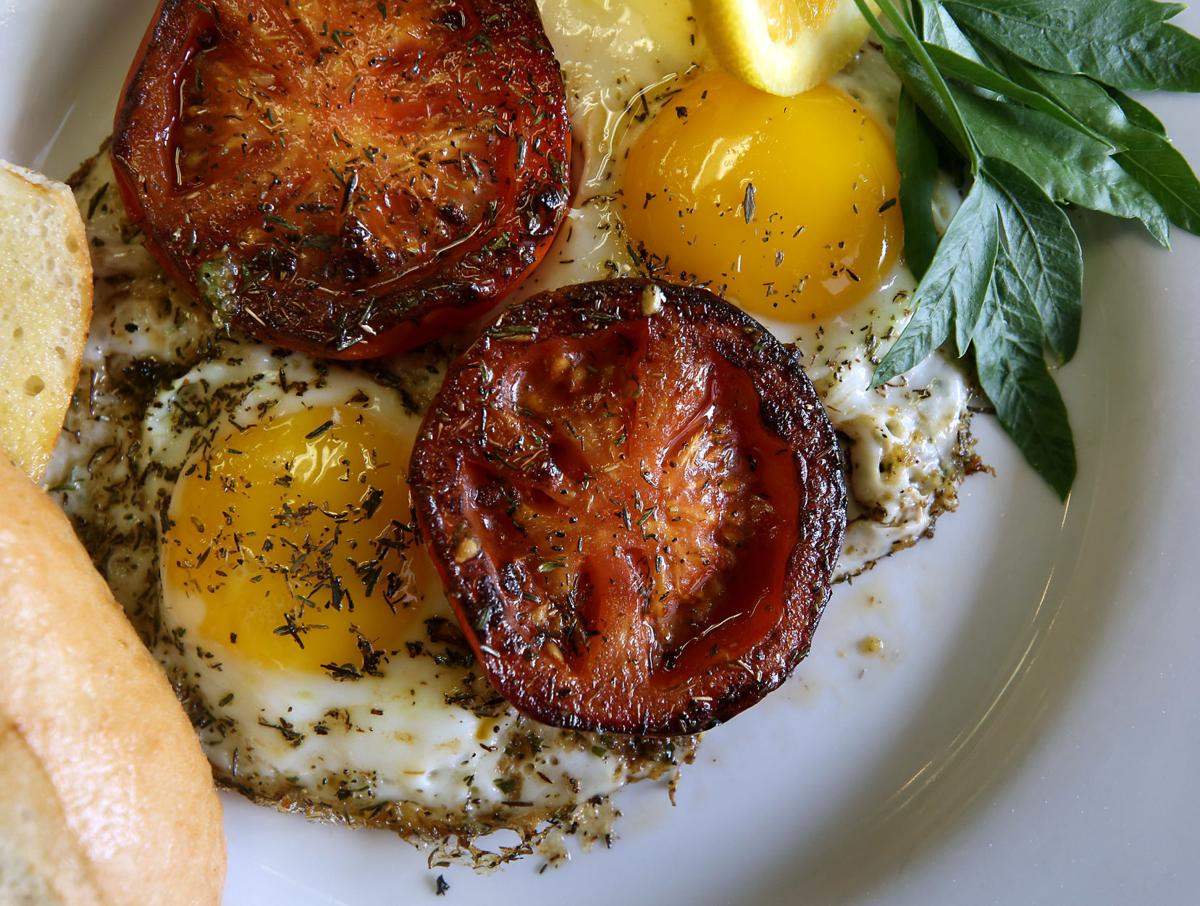 Tucson is home to lots of brunch spots.

So many that we ventured over to the wonderful people of Instagram and asked our followers what restaurants are their go-tos.

Many years ago, our former food writer Andi Berlin raved about the breakfast salad at 5 Points... and their huevos rancheros... and the smoked salmon benedict.

Cindy's favorite dish: "My favorite thing at Baja Cafe depends on my mood," she says. But if she wants something sweet, her go-to is the snickerdoodle pancake. As for savory, her favorite is the corned beef and eggs (she loves the restaurant's gouda sauce).

One thing to watch out for at Baja Cafe — weekend specials. A couple weekends ago, the featured Benedict included chimichurri flat iron steak, with cheesy potatoes, sausage and red Chile shrimp... then topped with peppers, onions, chiles, poached eggs and a cheese sauce.

Bisbee Breakfast Club started in Bisbee in 2005 and now has several locations in Arizona, including two in the Phoenix area.

Jennie's favorite dish: The Blue Willow Breakfast Special and the Tucson Mimosa. She says, "That prickly pear syrup is 🔥🔥"

Blue Willow has a long history in Tucson, opened in 1978 by Janet Seidler who also added a gift shop. The gift shop still exists today, selling lots of quirky and fun gifts — some Tucson-related — at the front of the restaurant.

Kelly's favorite dish: Portobello omelette with an iced coffee. "They also have yummy items in their pastry case to drink with your morning tea or coffee," she says, also noting her love for the restaurant's patio.

Cafe a la C'art is tucked inside the Tucson Museum of Art courtyard, with a lush garden patio. There's a full pastry case, plus a full menu for breakfast and lunch.

Cappy's serves up breakfast and lunch seven days a week. The menu has all the classic breakfast favorites, from chicken fried steak to French toast to breakfast burritos.

Betsy's favorite dish: Cast iron baked eggs, which includes two poached eggs, ham, leeks and cheese. "I like to put in the potatoes that come as a side and mix it all up," Betsy says. She also loves the Mocha Azteca — milk, espresso, cocoa powder, cinnamon, chili powder, cayenne and vanilla syrup.

Cup Cafe is located in the historic Hotel Congress, which also serves dinner. Hotel Congress was built in 1919 and Cup Cafe opened in 1990.

Coralie Satta, who started helping her mom and grandma in the kitchen at the age of 2, opened Ghini’s in 1992.

Michelle's favorite dish: The tofu scramble and pancakes. "I like that they have a variety of vegan and vegetarian sweet and savory options," she says. "The outdoor seating with a fountain is also very peaceful, then you can walk over to see the birds and koi pond."

Govinda's is most known for its vegetarian food, which its been serving since the 1990s.

Kelly's favorite dish: The espresso drink specials, pastries and the Tuna Nicoise. "The pancakes are great too!" she says. "Simple but delicious."

Le Buzz's east-side location is a common stop for bicyclists and hikers, and the eatery recently opened a second location closer to midtown.

Chris' favorite dish: Eggs benedict with a cinnamon roll griddlecake. (Beyond Nook and the above mentions of 5 Points and Cup Cafe, Chris also recommended First Watch.)

Nook started in 2015 and is owned by Nikki and Matt Thompson and Todd and Mary Anderson. Nook's website says: "It has always been their dream to open a restaurant that could capture their personality and share it with the community, and that's exactly what they did."

If you're a fan of Prep & Pastry, you might also want to try Commoner & Co., August Rhodes and the brand new Flora's Market Run — all of which are owned by the same people behind the beloved breakfast spot.

Teaspoon opened a few years ago and serves fun menu items such as bubble waffles, crepes and breakfast skillet dishes, in addition to meals for lunch.

Open since 2015, Urban Fresh serves plant-based foods ranging from smoothies and salads to sandwiches and wraps.

Recommended by: Lisa-Marie of The Basket Boutique, @the.basket.boutique

Village Bakehouse is most known for its baked goods — pastries, pies and wedding cakes, for example. But there's also a full breakfast and lunch menu.

Treat your mom to some fun activities and events for Mother's Day. Check out shopping, craft…

La Chingada is going into the former Alejandro's Cafe on Scott Avenue, which served casual burritos and more. the Mexican brunch spot will have Sonoran and American brunch dishes like chilaquiles, enchiladas and more.

The coffee shop will open its third location in the Iron Horse neighborhood next week. It'll serve direct-trade coffees and espressos, as well as vegan pastries from local baker Houlden's Rise Above.

Longtime Tucson caterer Kristine Jensen opened the neighborhood store as on offshoot of her catering business and focuses on farm-to-table, locally sourced foods.

New eats! 11 new restaurants and coffee shops to check out in Tucson

New restaurant openings in Tucson in the last few months include a new raspado spot, the highly anticipated Flora's Market Run and a marijuana-friendly restaurant on Fourth Avenue.

Things to do this June 9-13 in Tucson, Arizona including in-person events, drive-ins, drive-thrus, open-air events, virtual things to do and things to do with kids around Tucson, Marana, Oro Valley, Sahuarita and Sonoita.