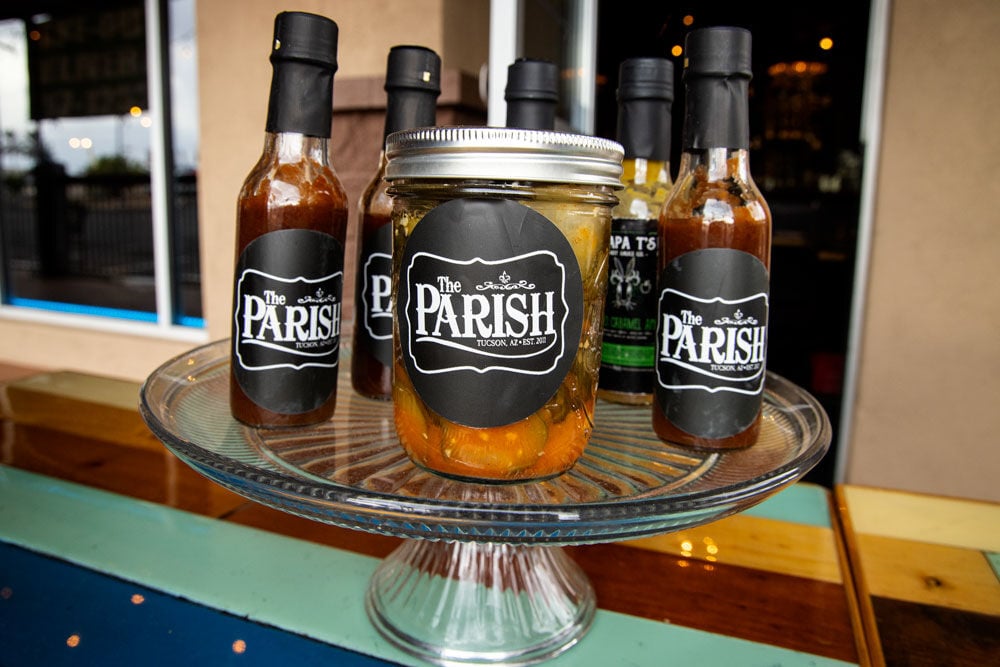 The Parish is selling its own line of fermented hot sauces as well as habanero pickles from its pickup table outside the restaurant. 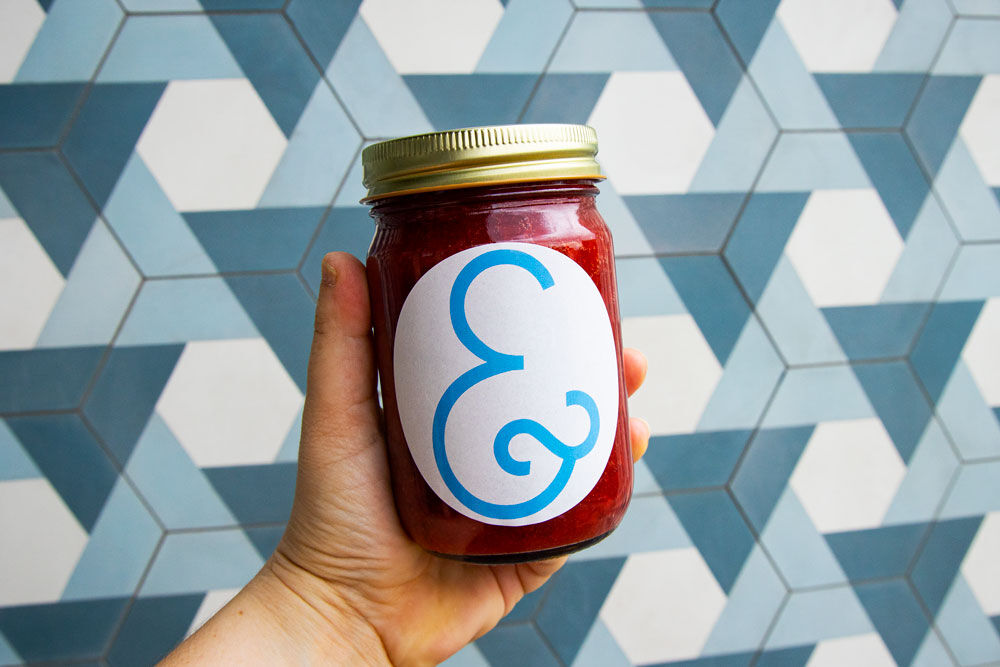 A simple strawberry jam from Prep & Pastry, sold by the jar for $5. 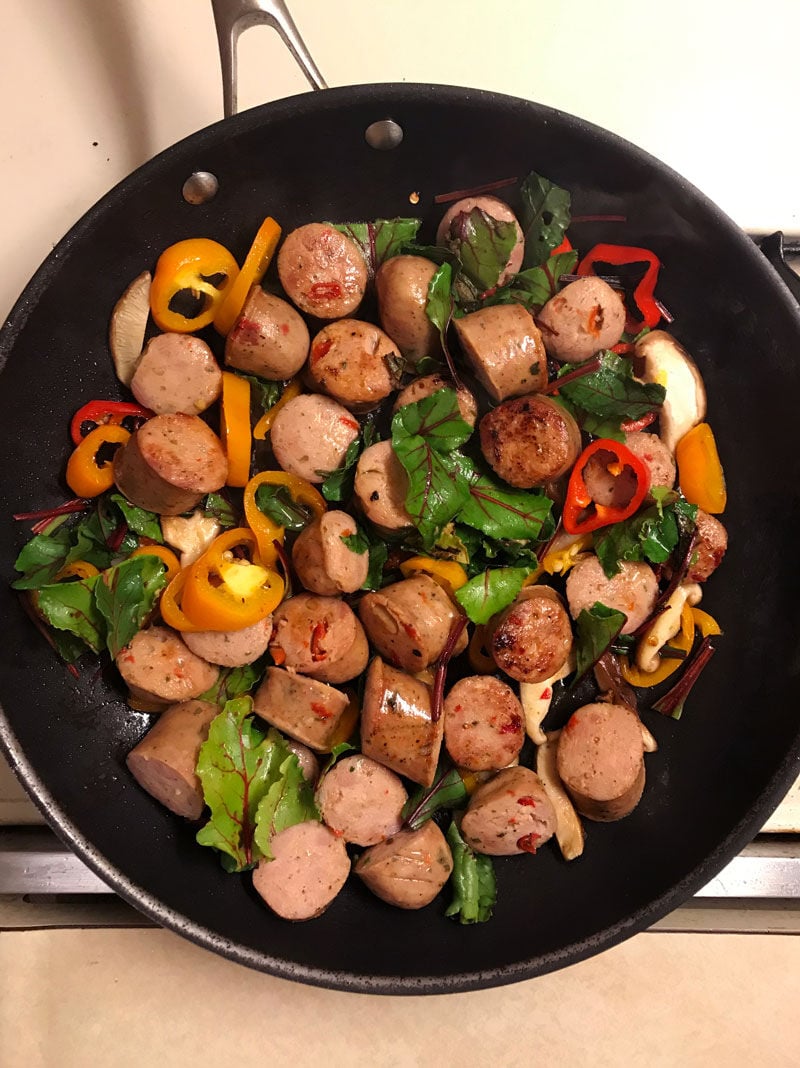 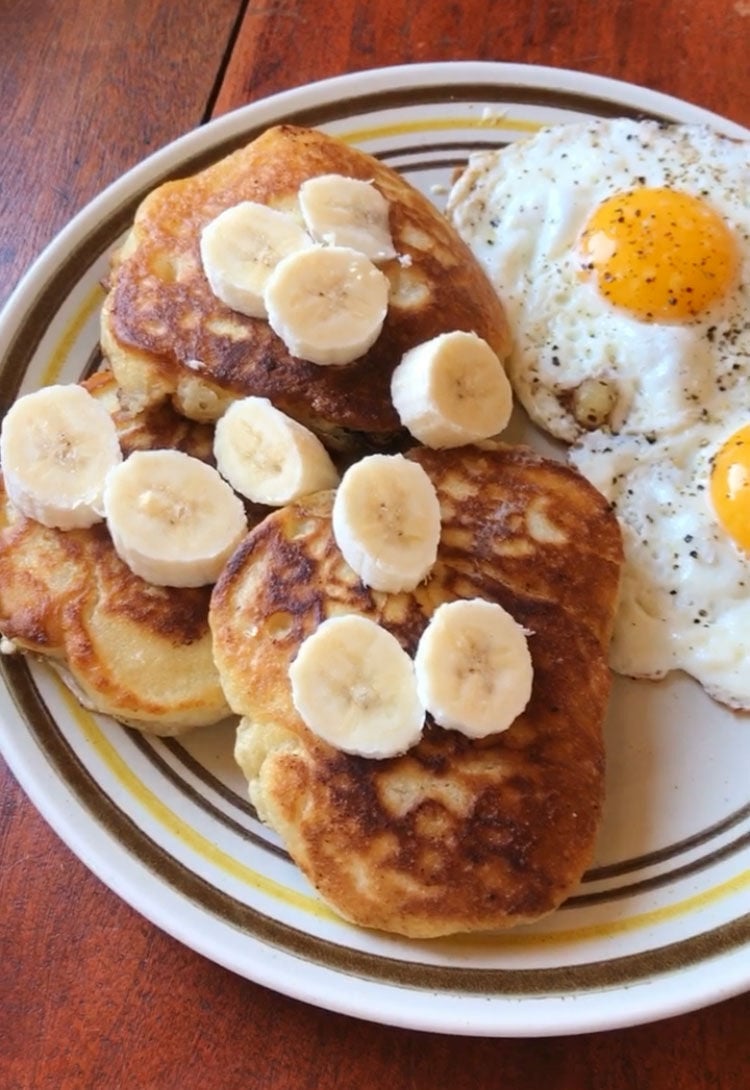 What have you been up to lately? I've been standing half-naked in the kitchen, plunging a pair of mismatched chopsticks into a jar of spicy pickles.

Unlike the other pickle jars in my fridge, which slowly wither and fade into obscurity behind other more delicious jars, these gourmet pickles are now all gone. I have eaten them by myself in a matter of days. The viscous habanero juice they were formerly floating in is so delicious that I've left it in the fridge, pickle-less, for the next time I manage to get some vodka.

Why am I divulging sensitive information to tell you this embarrassing story about pickles I ate at 2 a.m.? Well, I think it's because I had an epiphany: The quarantine has actually made eating more fun, in a messed up kinda way ... At least I've found a way to make it fun, and that includes buying food from restaurants and cooking it in the comfort of your own home. Whenever and however you want.

To give their sales a little boost, savvy restaurants like The Parish are starting to package special products like the aforementioned pickles, fermented hot sauce and more for the home cook. They might sell the merchandise on their websites as many restaurants across the country are now doing, or they'll just offer these products up to customers as they're picking up takeout. If you're like me and want to support restaurants in their time of need, you're probably looking around for more things you can buy while you're standing at the register (hopefully with more clothes on).

This is how I discovered Cartel Coffee Lab's pancake mix, $4. Throughout the pandemic, the Tempe-based coffee roaster has been doing takeout only from its midtown store at 2516 N. Campbell Ave. (The downtown location is currently closed.) The scene here is rather stark compared to the vibrant cafe of yesteryear. With such a big space, I felt sorry for the single barista standing there behind a plexiglass wall by herself. But the pancake mix really livened up my kitchen.

I added some walnuts and chopped up chocolate almonds into the batter, which was made from a simple mix of flour, baking powder, sugar and salt. With a little milk and oil, the cakes fluffed up like puffy brown pillows, reminding me of those trendy Japanese souffle pancakes on the Instagrams. I can't remember the last time I cooked pancakes before this experiment, but now I'm hooked. In fact I'm already on my second bag.

Down the street at Prep & Pastry, the team is selling its popular strawberry jam in cute little jars for only $5 apiece. I was able to snag some right before they closed, ruminating on the fact that they'd only been in this new space for a few months before the pandemic hit. I took the jam home and have been throwing it onto everything in sight for the past few days; My favorite creation was a peanut butter and strawberry jam toaster waffle, topped with maple syrup. I mean, who wears jeans in the summertime anyway!

Over at 3011 E. Speedway, the folks at Fresco Pizzeria and Pastaria have added an entire refrigerator of grocery store type products, like mozzarella cheese, housemade salami, already-cooked pasta, pesto sauces and their housemade marinara, $8. I picked up a big jar of that and plan to make an eggplant bake with it this weekend. They're also selling an array of housemade sausages, like Italian, Andouille and more. (Note: Another local restaurant, Tucson Tamale Company, has posted on Facebook that they're also creating a similar market area and plan to sell products from other local vendors.)

Wanting to be healthy and intrigued by the name, I snagged a package of the goat horn chile chicken sausage, $8. It sounds rather painful, but goat horn is actually a Southeast Asian pepper that looks similar to a cayenne, with about the same heat level of 20,000-50,000 Scoville units. That being said, the chicken sausage was a lot milder than I thought. It came already cooked, so I just sliced some up and threw it in the pan with some peppers, shiitake mushrooms and grape tomatoes I had on hand. It was a random, delicious dinner.

But alas, I have buried the lede. This newsy tidbit ended up further down on the list because I haven't tasted it yet, but Maria Mazon of Boca Tacos y Tequila told me that she's actually in the process of creating a new business called Sona Tortillas de Maiz. She's currently shipping a tortilla machine she purchased in San Carlos, Mexico up through the border, to set up a fully operational tortilla factory in a storage area she owns behind Boca.

She and her brother Miguel Gil Lamadrid hope to have the business open by the fall, making gourmet corn tortillas for her restaurant, and hopefully other markets across Arizona. She's still playing with her recipe, deciding whether she will make them from masa or nixtamal, the processed corn kernels that serve as the first step to making scratch-made tortillas. She doesn't plan to do various colors, but wants to add flavorings like herbs, chiltepin or sea salt.

"If you already have the kitchen or the produce or the product and they’re sitting on the shelves because people cannot open, why not?" she says about restaurants branding their own products. "Now every time (customers) open the fridge, they say, 'Oh I got this at Boca, I’m gonna go back. It’s a win-win for everybody."

Cook it at home! 12 tasty recipes from Tucson restaurants and home chefs

Obon Sushi, Downtown Kitchen + Cocktails and Cup Cafe show us how to make some of their most popular dishes. We've also got recipes from home cooks, journalists and even my cousin Marcy! 😆

19 iconic Tucson dishes and recipes to cook at home

Tucson, like a growing list of cities across the U.S. should convert parking spaces into streateries — outdoor dining spaces using things like umbrellas, paint, planters, railing, and folding bistro furniture.

August Rhodes Bakery will open in the next few weeks, providing local restaurants with fresh-baked bread like sourdough and English muffins. The boutique bakeshop will also be open to the public.

Get your hands on this sandwich from Toss, a new fried chicken and ramen joint

The family behind Izumi Sushi on Speedway has opened Toss, a sister restaurant on Tucson's southside, near Davis-Monthan Air Force Base. They're serving a small menu of fried chicken and ramen dishes.