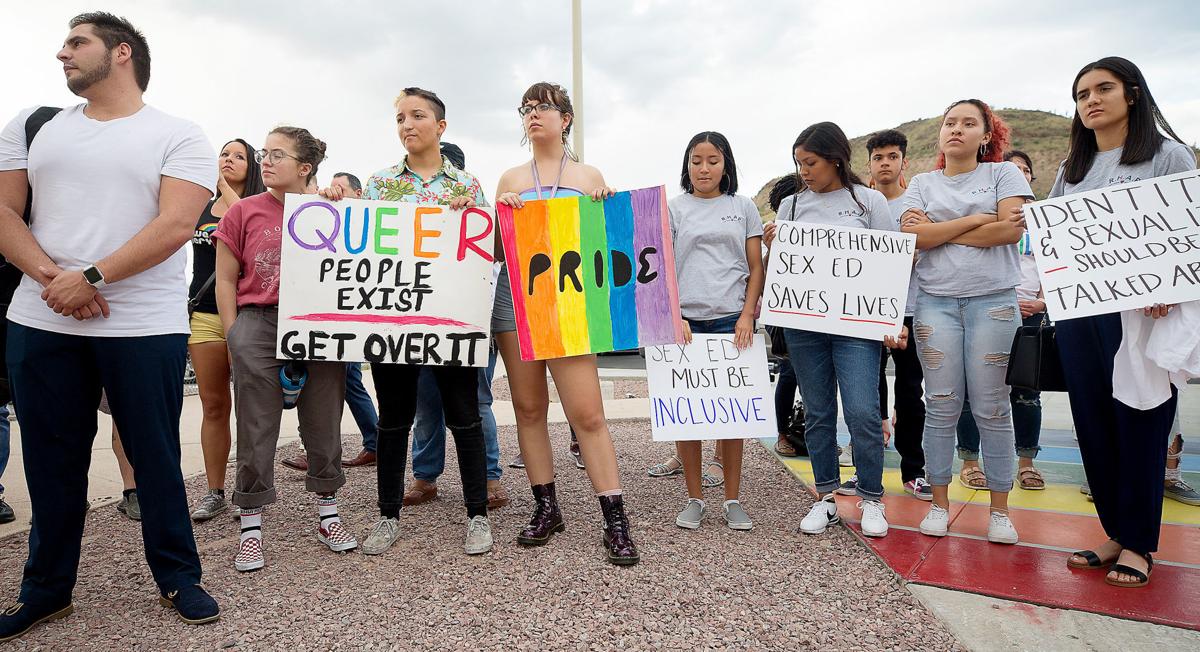 About 100 people walked out of the public hearing for Tucson Unified School District's new Family Life Curriculum at Cholla High School, 2001 W Starr Pass Blvd., on August 22, 2019. The group stood outside of the meeting and listened to speakers in support of the proposed curriculum. 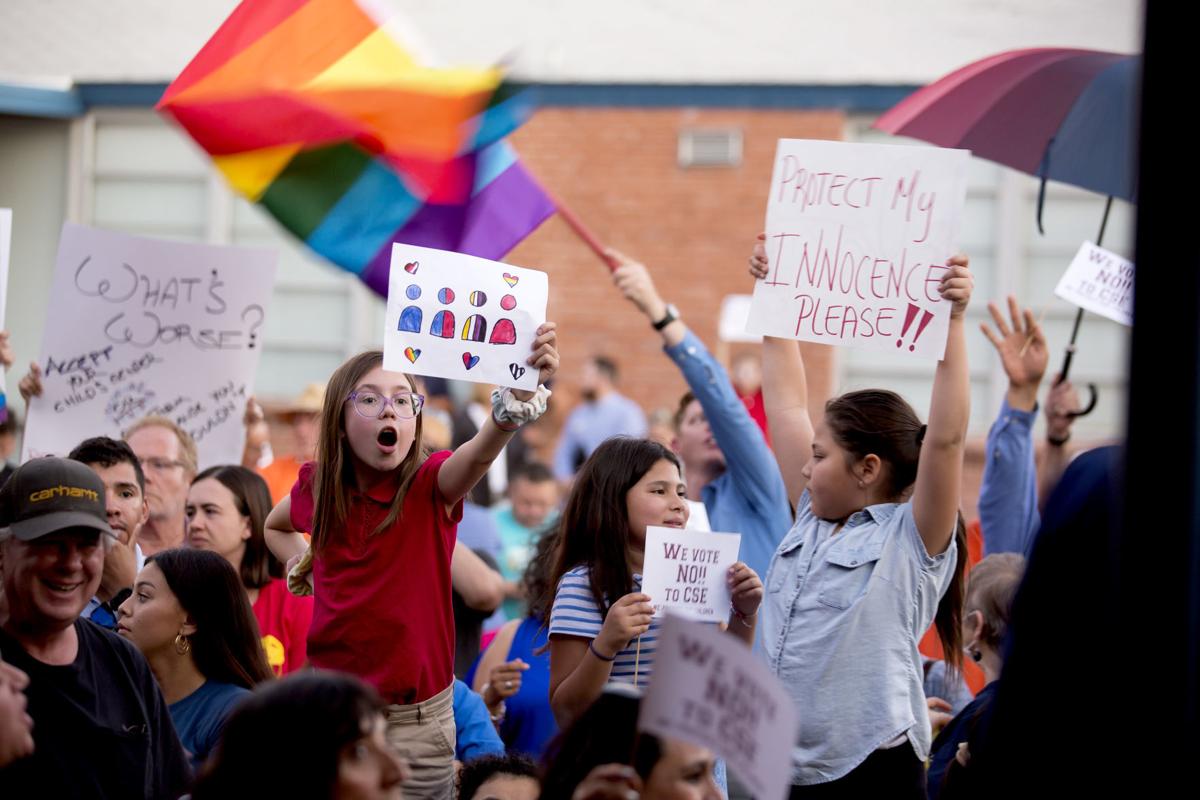 Last year, opposition to Family Life Curriculum was vocal. But during lockdown, one of the biggest controversies the district has seen in a decade passed Tuesday with little fanfare.

Tucson's largest school district has a new sex education curriculum, an issue that over the last year has generated both protest and support from hundreds of people.

During a meeting over video chat Tuesday, May 12, the Tucson Unified governing board unanimously approved the Family Life Curriculum, which includes sex education. With no physical meeting to attend due to the coronavirus, school closures and a statewide stay-at-home order, one of the biggest controversies the district has seen in a decade passed with little fanfare.

Many in opposition to the curriculum during last year’s public hearings argued that the curriculum should not talk about gender identity as being a spectrum, acknowledging transgender students. Others felt sex education shouldn’t be taught in school at all, despite the fact that parents and guardians need to opt-in for students to take the classes.

There was also controversy over teaching the meaning of consent, which is a part of the approved curriculum.

“The notion of consent isn't something that I'm comfortable compromising on,” said TUSD Board President Kristel Foster. “I want people to understand what that word means. When we worked with the community to really think about compromise, if the compromise was to take out consent and take out gender identity, those aren't things that I'm willing to compromise on.”

Last September, after numerous contentious hearings and board meetings, the board tabled the vote on the curriculum until a number of stipulations were met.

Superintendent Gabriel Trujillo recommended the proposed curriculum increase the focus on abstinence as the most effective method of avoiding unplanned pregnancies and exposure to sexually transmitted infections; that a district-wide “teach-in” for parents and students be held to review the curriculum; professional development and training for educators teaching the classes was to be put in place; and an alternative curriculum had to be created for families who do not opt-in to the classes.

A working group, which included teachers, counselors, nurses and representatives from the Pima County Health Department, as well as curriculum and instructional staff, revised the curriculum over a seven-month period, finishing in April.

The final product has a more predominant emphasis on abstinence, in seven lessons rather than two lessons. It also places the topics of gender expression, gender identity and sexual orientation at the high school level.

“So while we are fully inclusive of those topics, and believe that the inclusion of those topics are supportive and inclusive and representative of a vibrant part of our student body in our school community, we did move those topics for more in depth review at the high school level, where they will be presented in a neutral, nonpartisan way,” Trujillo says.

The districtwide teach-in went virtual because of the coronavirus pandemic. Ten live-streamed sessions broken up by grade level got more than 2,000 views. They are still online and available in English and Spanish.

TUSD is creating professional development to be taught to educators in July. And an alternative curriculum for families opting out of the standard classes is being developed, to be presented to the public and the governing board in June.

Rachael Sedgwick was the only board member absent for the vote. Although she was present earlier in the meeting and asked that the board table the vote until June.

Some Tucson, Arizona 2020 summer camp programs are canceled; some are moving forward as planned with new procedures; others have pivoted to become virtual; some have pushed back start times to later in the summer; and some are still undecided.