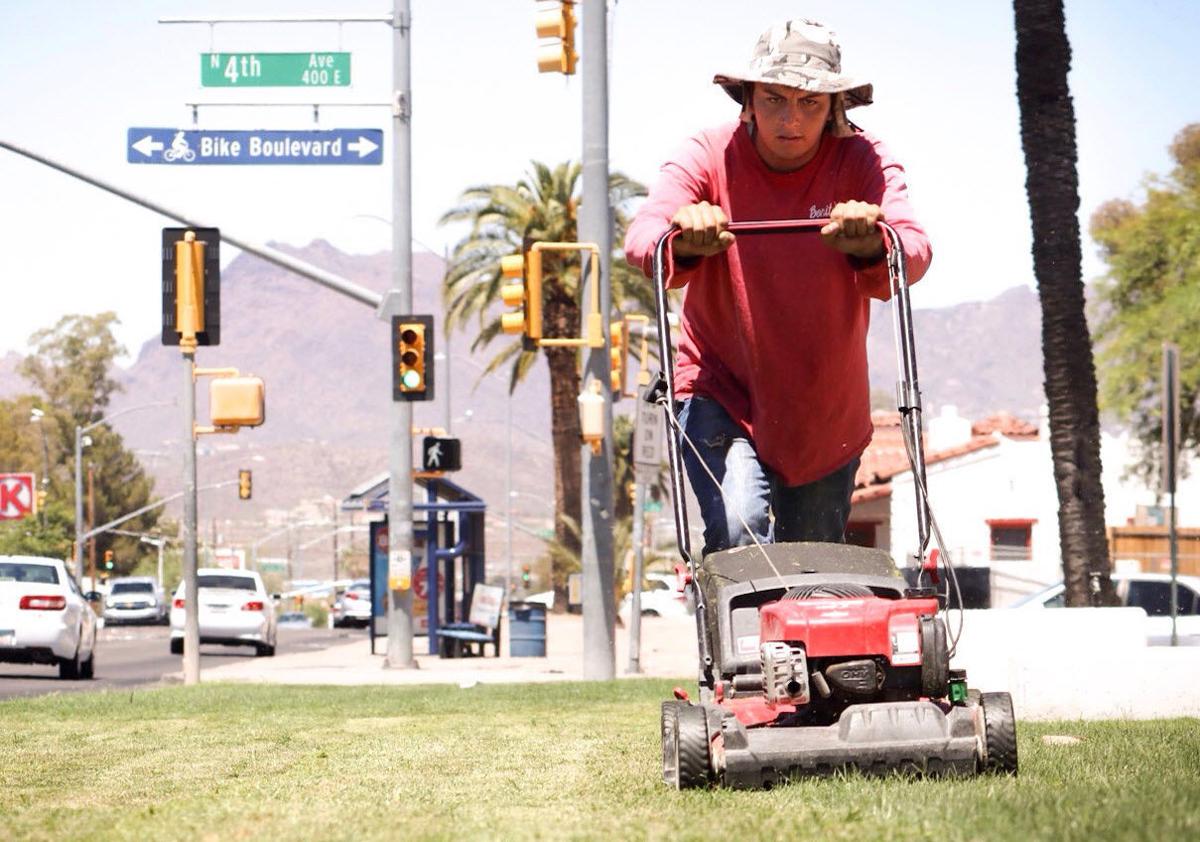 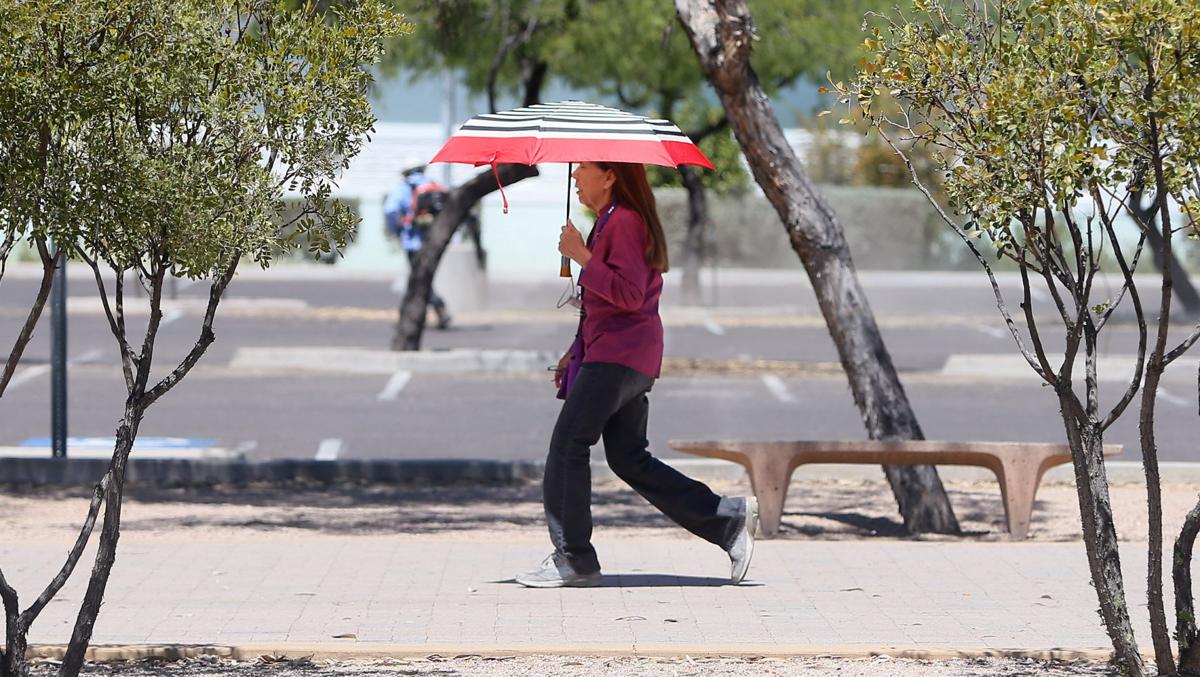 A woman uses an umbrella to shield herself from the sun as she walks onto the Pima Community College campus near North Stone Ave. on Friday June 30, 2017. 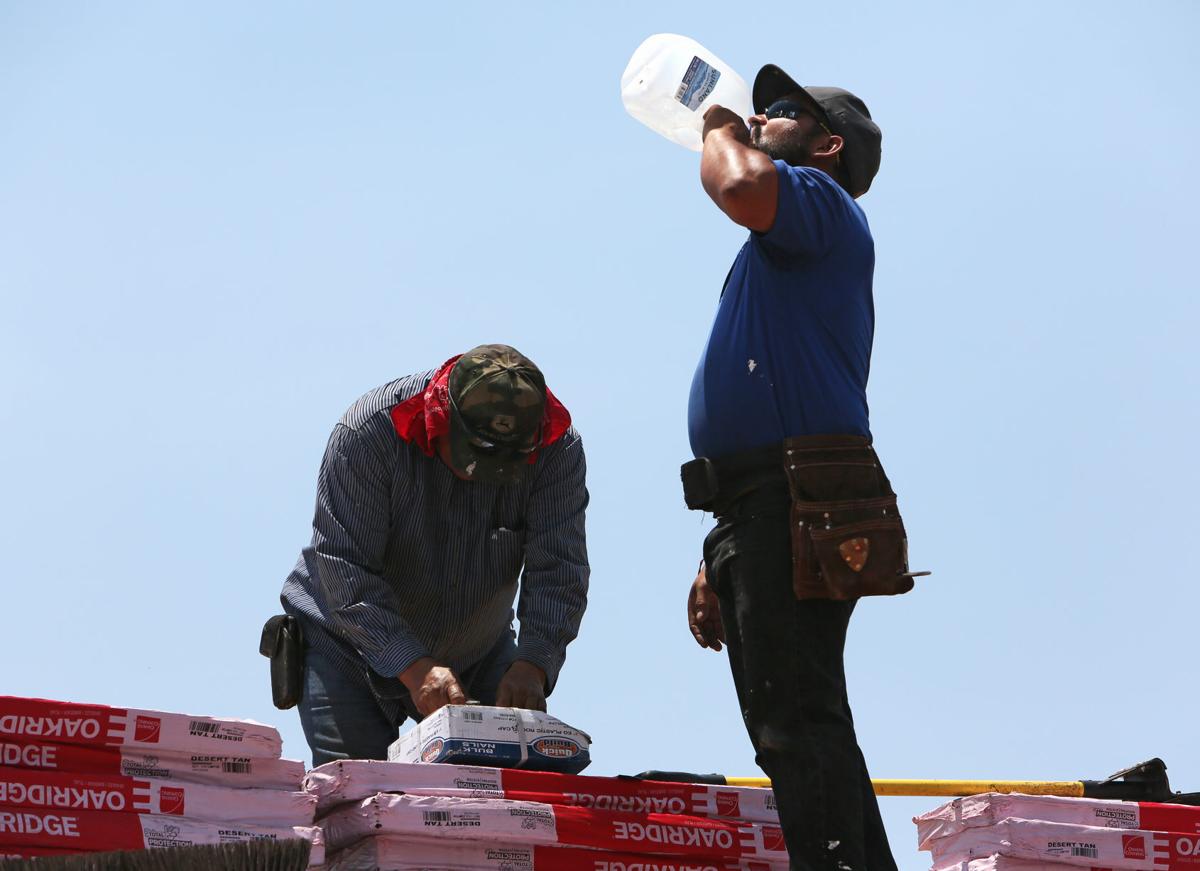 Julio Ruiz of J.R.R. Roofing take a drink of water in the heat while he and his crew remove old roofing on a house near Country Club Road and 22nd St. on June 20, 2017. Ruiz said they had been working since 5:30am and had to finish putting down a layer of felt in case of monsoon rain. He expected they would have new shingles down by end of day Wednesday. Ruiz runs the company with his father, Jose. Rick Wiley / Arizona Daily Star 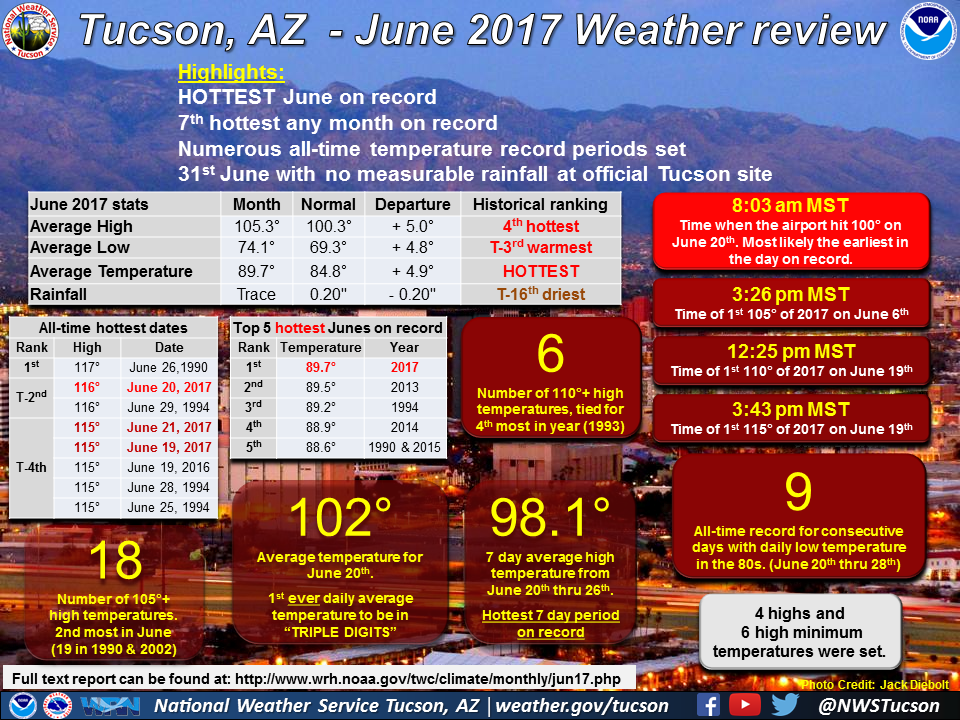 June 2017 set new marks for heat in Tucson and throughout Arizona.

No single day set the high temperature record, but three days in one awful week claimed spots on the top 10 for Tucson. The high was 116 on Tuesday, June 20, the second-highest temperature on record. Monday and Wednesday of that week recorded highs of 115.

There was little relief at the end of June as a high-pressure system settled over the West, causing record heat as far north as Seattle.

In Tucson, the last 15 days of the month featured high temperature readings of 105 degrees or more. Every day.

Tucson’s June average temperature of 89.7 degrees, which factors in the high and low readings for all 30 days, will take the top spot in 130 years of record-keeping.

A string of overnight lows in the 60s in the middle of the month kept June from setting a more dramatic mark, said meteorologist John Glueck of the National Weather Service in Tucson. “If it wasn’t for that, we would have had our first June where the average temperature was 90 degrees,” he said.

We’re not out of the heat yet. Temperatures have moderated a notch or two but remain above normal.

Moisture will begin seeping north, perhaps signaling the start of the monsoon, this week, said Glueck.

Storms will stay south and east of Tucson until the latter part of the week. The National Weather Service predicts only a 10 percent chance of storms in Tucson Saturday through Friday.

How long does it take for ice cream to melt when it's 114?

It's been so hot in Tucson this week. How hot you ask? Enough to fry an egg on the sidewalk?…

10 monsoon facts that will make you a smarter desert dweller ☁️☔️

5 badass skills to learn this summer

Your childhood-self would be so jealous. 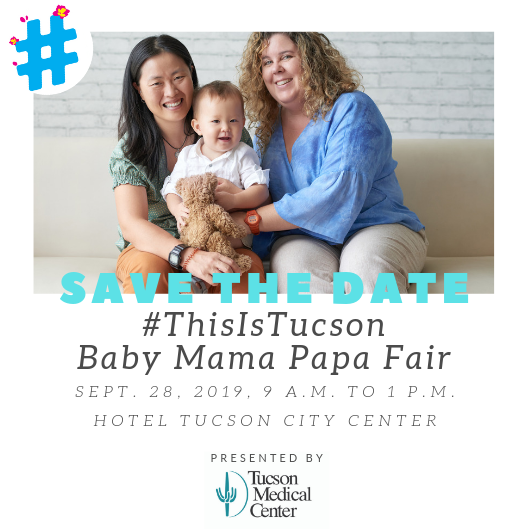