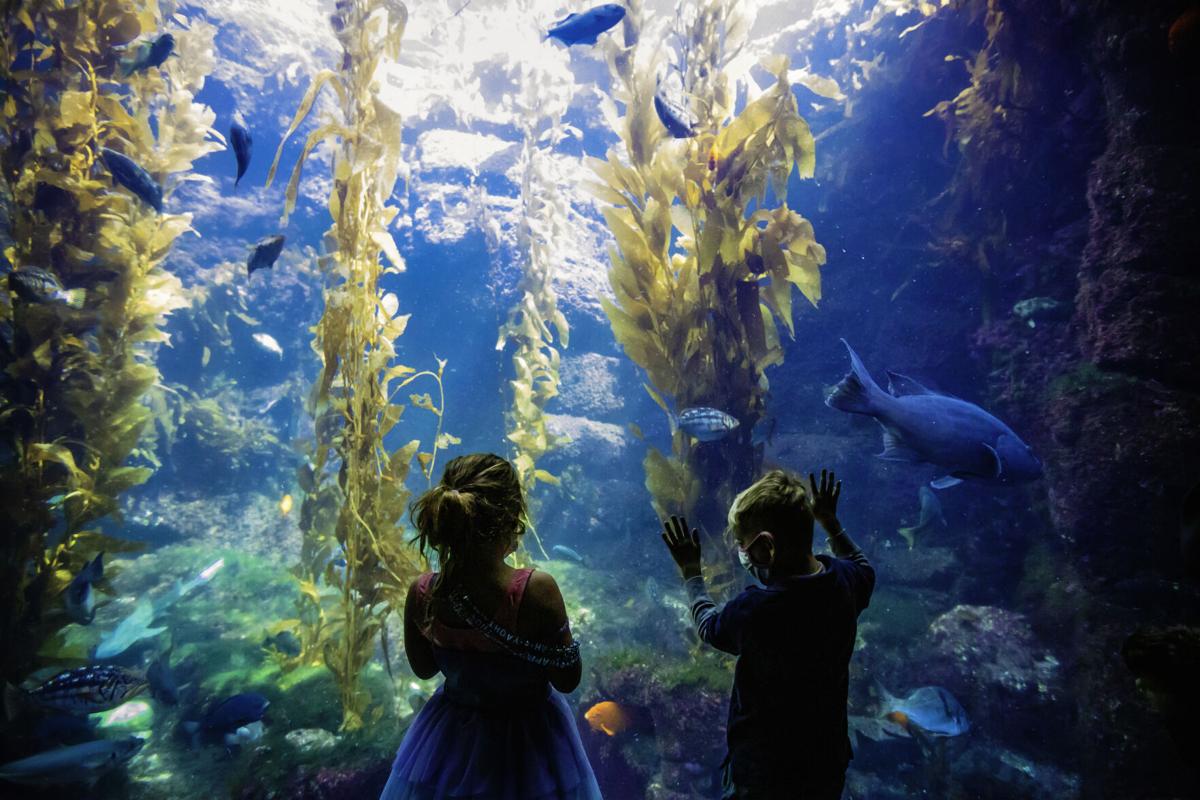 The Birch Aquarium at Scripps Institution of Oceanography at UC San Diego features more than 60 habitats. 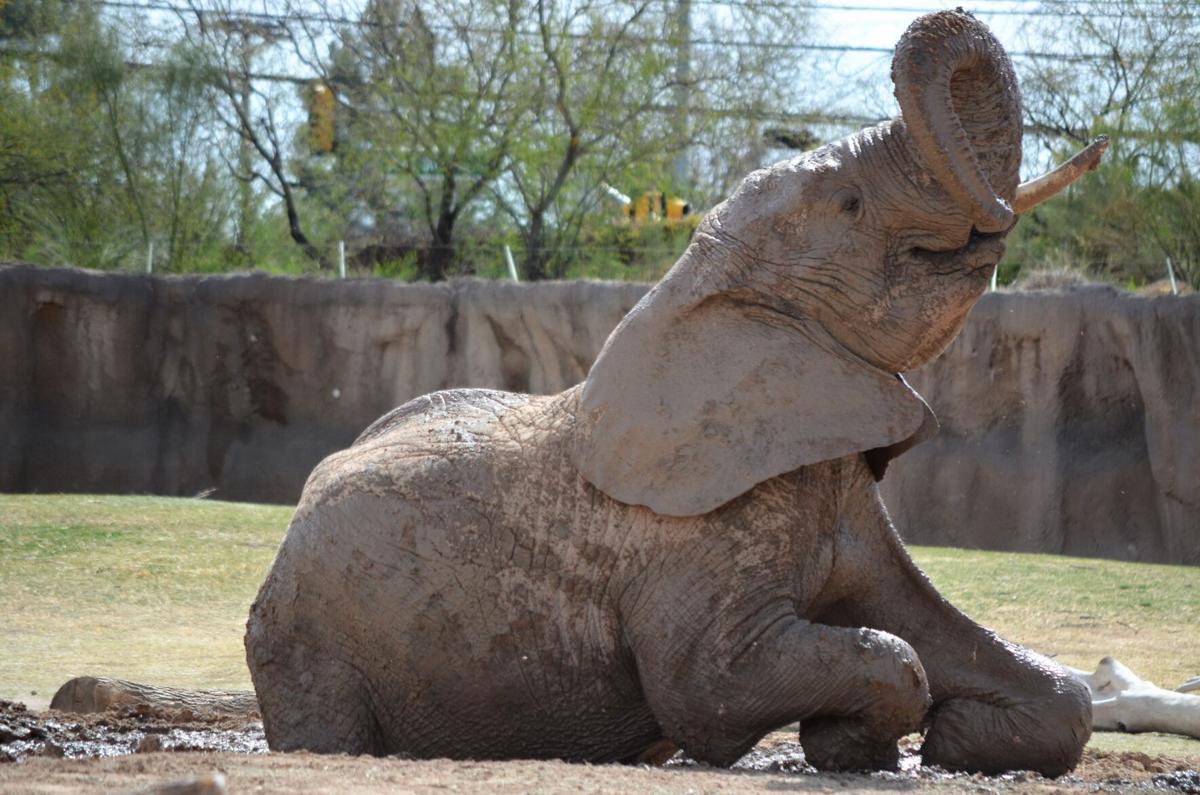 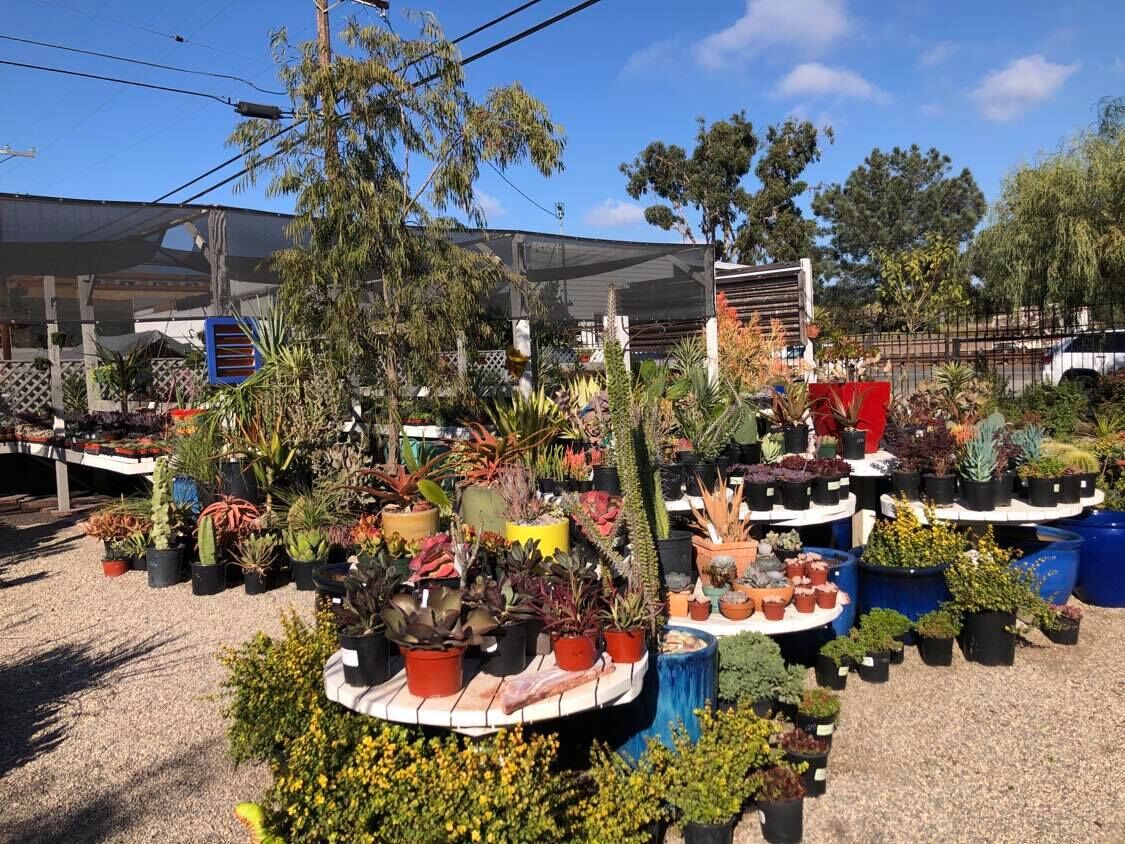 If you're a plant lover, Gardens by the Sea Nursery might be a good place to visit. 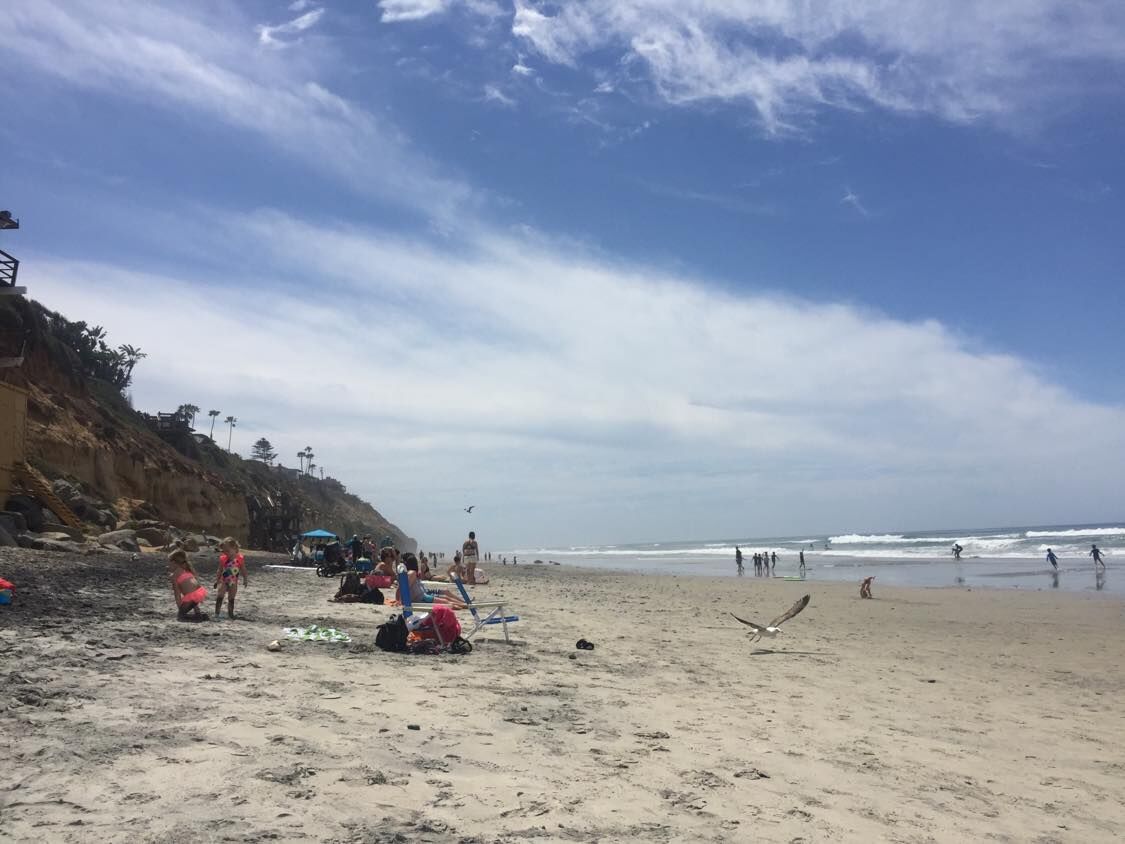 Near Moonlight State Beach is Leucadia Pizzeria, which has been around for more than 30 years. 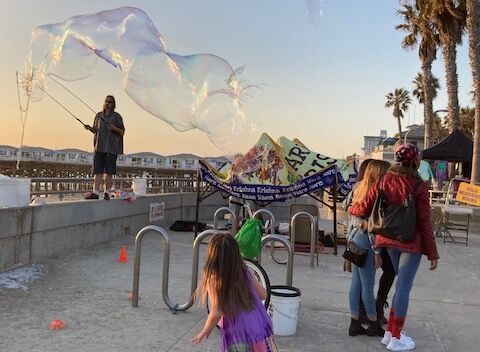 The bubble guy at Pacific Beach is a staple. In the background is Crystal Pier Hotel, on Crystal Pier, of course, where you can rent a fishing pole or watch the sunset.

One might argue that San Diego is Tucson's beach (or is that Rocky Point?).

To help prepare for your beachside vacation this summer, here's a long list of worthy San Diego spots, as suggested by fellow Tucsonans.

About a 12-minute drive from the school is amusement park Belmont Park, which was founded in 1925 as a way for John D. Spreckels to promote his electric railway while also boosting real estate sales. There are rides, bumper cars, places to eat and places to shop.

Also about 10 minutes from Barnes' high school: Breakfast and lunch at The Mission, a dog beach for your four-legged travelers, Hodad's for a hearty burger, and cookies from Cravory (whose Vice President of sales lived in Tucson and is a University of Arizona graduate).

Nearby parks include Crown Point Park and Kate Sessions Park if you're looking for some grassy spots for a picnic with a view.

If you find yourself closer to Pacific Beach (which is also close to Mission Bay High School), grab a giant breakfast burrito from Kono's Surf Club, a sandwich from Board and Brew (which also has a Tempe location) or an ice cream sandwich from The Baked Bear.

The historic Crystal Pier area also lends itself well for a nice walk or fishing.

Say hi to Tucson elephants at the San Diego Zoo

This one's probably a given, but the San Diego Zoo is a whopping 100 acres and home to about 660 species and subspecies.

Among the animals at the San Diego Zoo are two African elephants that once called Tucson home — Shaba and Sundzu.

Shaba moved to the San Diego Zoo in 2012 when Tucson's Reid Park Zoo's new breeding herd came in and it was decided she should stay with her longtime Asian elephant pal Connie who was also moving to the California zoo.

Sundzu left Tucson earlier this year because he was at the age where young male elephants become independent from their mom, Reid Park Zoo said at the time.

... and then decide which is better — Tucson or San Diego.

A few suggestions to get you started: Pollos Maria Mexican Food, which began in 1985 and is known for its broiled chicken; El Indio, which originally started as a tortilla factory in 1940; Taco Surf, which started in 1989 and is adorned with surfboards hanging from the ceiling; and Salud Tacos, whose website says it's "pure Southern California," paying homage to the street food of Northern Mexico.

If you promised you'd bring someone a souvenir but want to find something more than a keychain or an "I ❤️ San Diego" shirt, take a look through Artelexia.

Elexia de la Parra started the shop in 2009 at farmers markets before opening her first shop about a year later. The shop sells Mexican and Mexican-inspired goods from clothing to jewelry to home decor to food like chocolate, salsa and mole.

The majority of the items at Artelexia come from Mexico, with some items handcrafted by Latinx artists in the United States.

And since we Tucsonans love murals, you might be happy to know that Artelexia has two of them — de la Parra says people take photos in front of the murals all day long.

See the sea animals at the Birch Aquarium

Tucson is home to the Arizona-Sonora Desert Museum, which we all know and love. It's home to our favorite desert critters, plus stingrays, fish and an otter.

But if you want a better look at sea life, visit the Birch Aquarium at Scripps, which has been around for more than a century and features more than 60 habitats. You'll spot seahorses, leopard sharks, eels, sea turtles and more.

Very close to the aquarium is La Jolla, which is home to shopping, dining and outdoor recreation such as Children's Pool where you might spot a seal; Cuvier Park, which has become a popular location for weddings; and La Jolla Cove for snorkeling. And if you happen to be left with a sweet tooth after a day in the water, check out Michele Coulon Dessertier.

If you're visiting San Diego, it's likely that you'll make a stop at a beach to feel the sand between your toes and the cold water splash against your legs.

In the Coronado area, you might be lucky enough to spot Bill Pavlacka — The Sandcastle Man, who is so talented that he builds sandcastles for weddings and parties. Take a look through his website and I'm sure you'll find a new appreciation for sandcastles.

His website says that on most days, Pavlacka can be found in front of Hotel Del Coronado.

Also nearby: Shopping at local neighborhood Gaslamp Quarter, Maritime Museum of San Diego for a bit of naval history, the USS Midway Museum (kind of similar to the Pima Air & Space Museum), a trip on the Coronado Ferry, breweries Ballast Point or Karl Strauss for a drink, a seafood meal at The Fish Market, Extraordinary Desserts for your sweeter side, and a walk through Little Italy (with a stop at Mona Lisa Italian Foods).

If you head north

North of San Diego, but not quite to Oceanside, is the Gardens by the Sea Nursery — an oasis of all things plants. Disclaimer: You might be tempted to take home a plant of your own if you visit.

While you're in the area, you can take a trip to Moonlight State Beach and the very nearby Leucadia Pizzeria, which has been around for more than three decades and serves all kinds of specialty pizzas, plus pasta dishes.

Carlsbad State Beach is also close and if you're still feeling pizza, make a visit to Pizza Port, which is home to "anti-wimpy" pizzas (one of them is barbecue bacon cheeseburger) and great local craft beer. Pelly's Fish Market and Cafe and Pannikin Coffee and Tea are also close by.

And it's closed currently, but if you happen to visit the area next spring, The Flower Fields in Carlsbad might be a good one to add to your must-visit list.

22 places to hear live music in Tucson this June

Things to do this June 2021 in Tucson, Arizona including virtual events, drive-ins, drive-thrus, open-air events, at-home things to do and things to do with kids.

Pro tip: If you want to stay at the new Mt. Lemmon Hotel, book in advance

If you're looking to beat the heat at the new hotel in Mount Lemmon north of Tucson, reserve your vacation fast. June is already completely booked.

9 trendy, quirky and lovely Airbnbs to rent for your next Tucson staycation

If you're looking to book a staycation in Tucson, Arizona this summer but are hoping for something different than a hotel, take a look through the listings on the massive vacation rental company Airbnb.

Phoenix may be hotter than Tucson, but there are lots of attractions worthy of a drive up north for a summer getaway. Find water parks and other things to do in Phoenix, Scottsdale, Tempe, Mesa and Glendale.