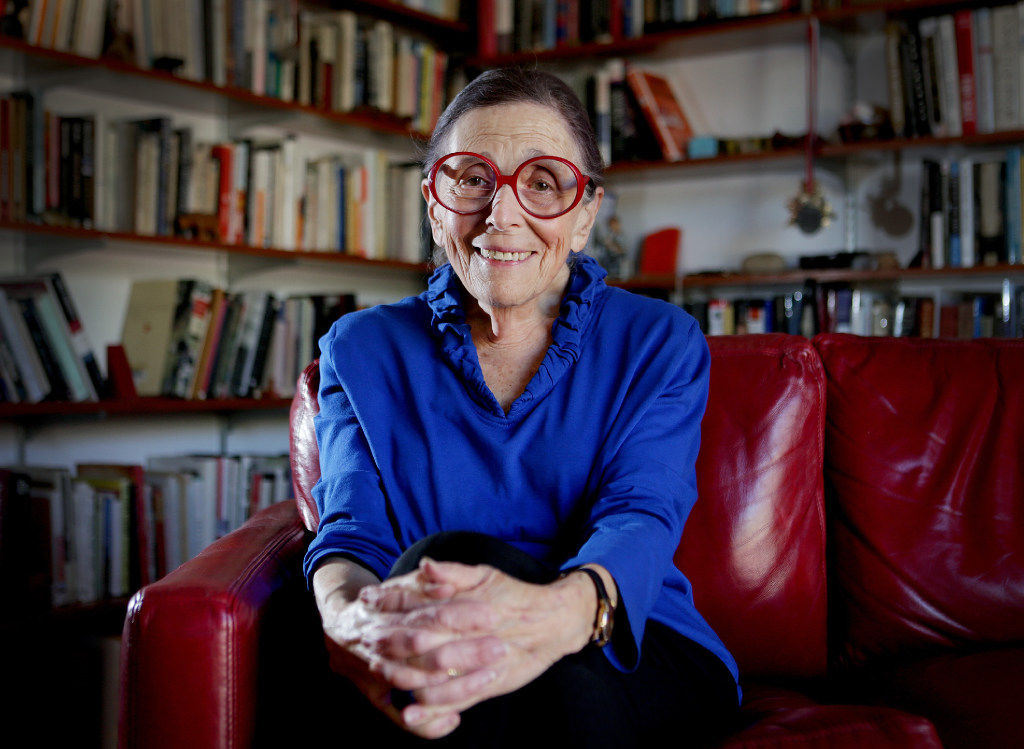 Marilyn Heins will be giving parenting advice for #ThisIsTucson. Because heaven knows we need it. 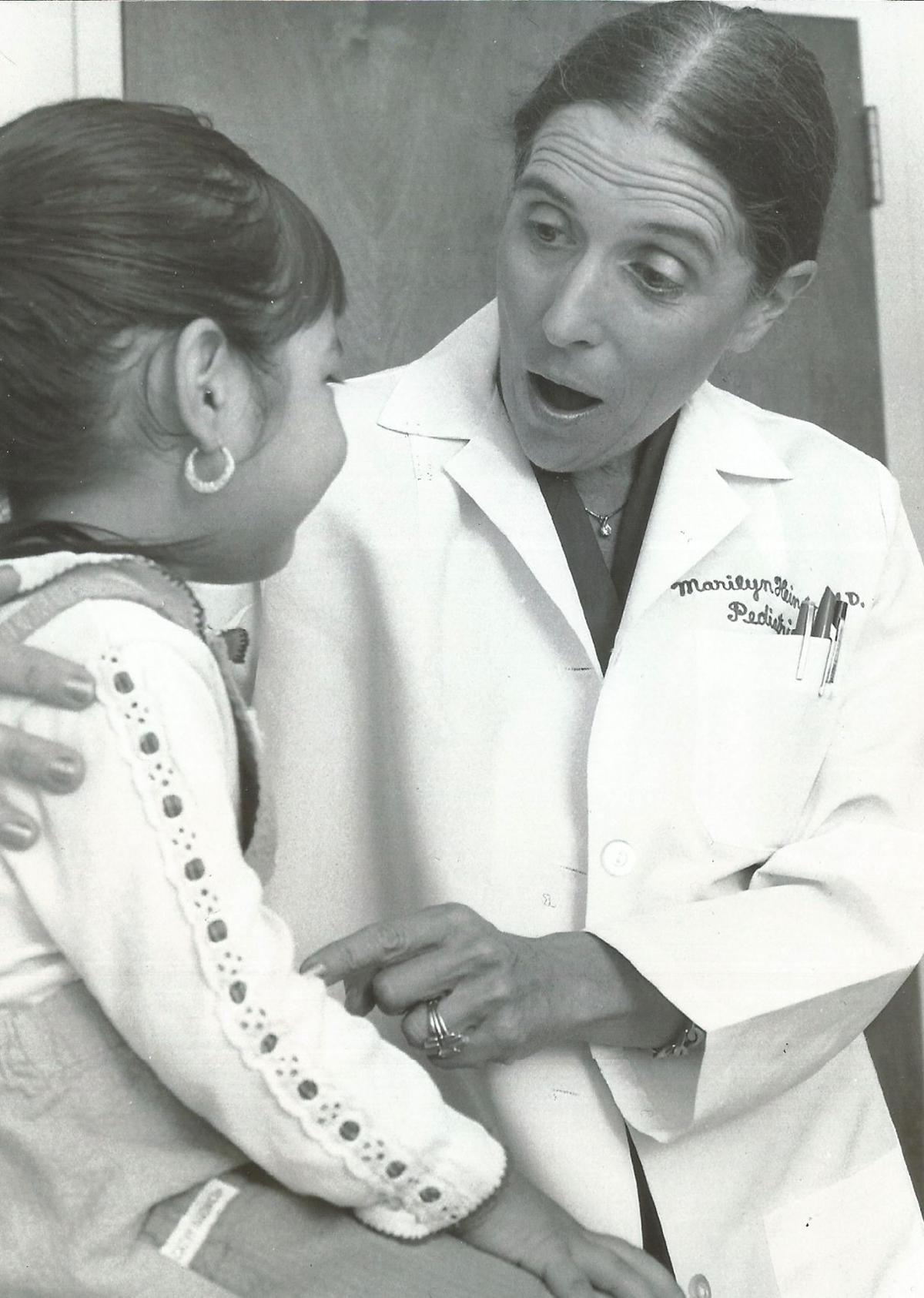 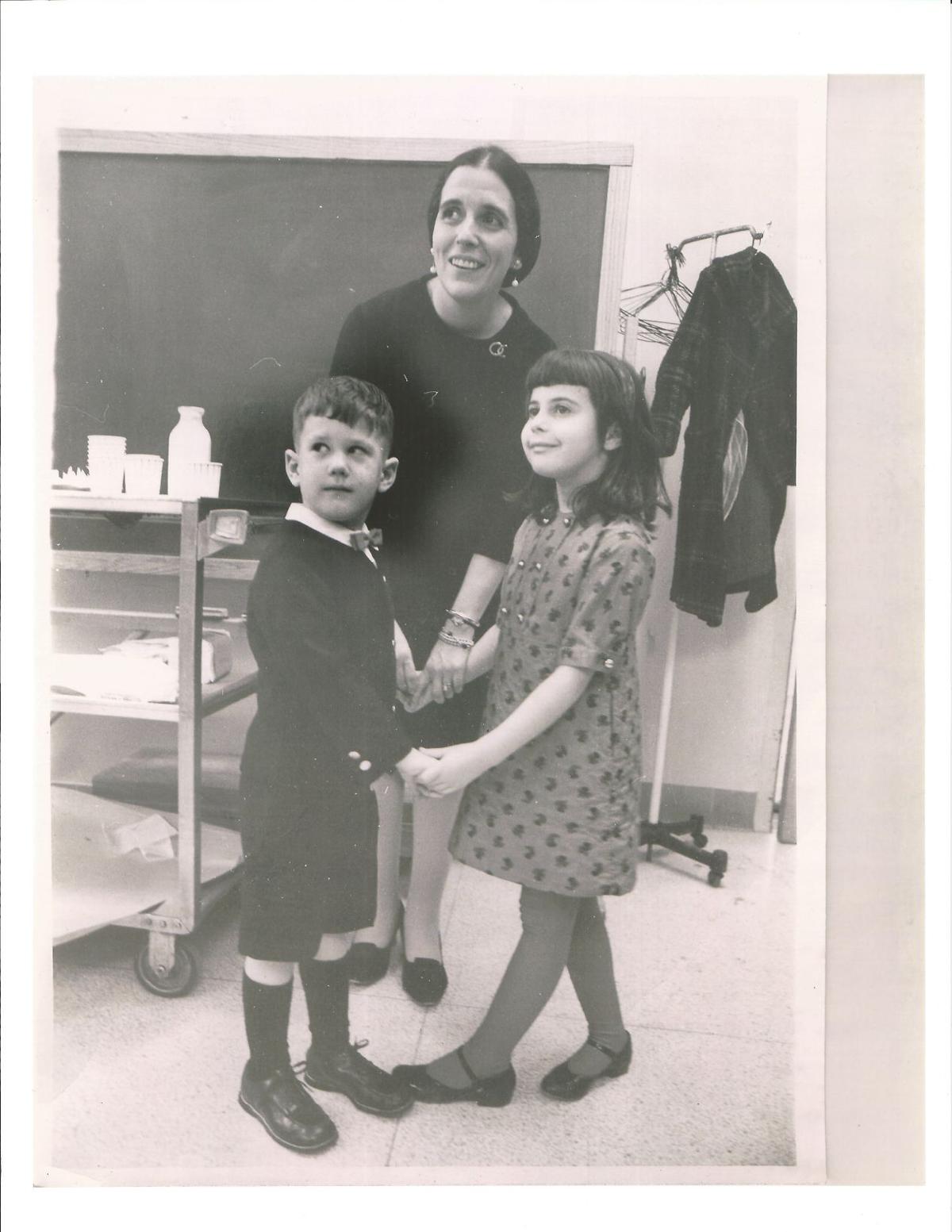 Dr. Marilyn Heins stands with her children Jeb and Rachel at a Christmas party at Detroit Receiving Hospital in 1964.

If you've read the Arizona Daily Star any time in the last 25 years or so, you've probably seen one of the roughly 1,100 parenting columns Heins has authored.

And you might also recognize her by her round, red glasses. She says she can't go anywhere these days without being stopped to talk shop — in her case, that means chatting about all things parenting.

Heins is 86, and we think she has loads of advice to share with those of us deep in the parenting trenches. She's written two parenting books, founded ParentKidsRight.com and keeps up with new research from pediatric journals such as the American Academy of Pediatrics.

She knows her stuff, and that's why we've invited her to write a monthly parenting column for #ThisIsTucson.

You can submit your questions for Heins to us here or on our Facebook Page, and we'll pass them along to her.

You can catch her first column for us tonight about how to deal with your kids' fears and parent kind and truthful children in today's world.

In the meantime, we wanted you to get to know our parenting guru a bit more. Here are five things you should know about Dr. Marilyn Heins.

She was a working mom before that was really a thing.

Heins has been a pediatrician since 1957 when she finished her residency in pediatrics at Babies' Hospital in New York (now the New York Presbyterian Morgan Stanley Children's Hospital). She received her medical degree from the College of Physicians and Surgeons at Columbia University. Working as a pediatrician in Michigan, she remembers being  "the only mother on the whole block that went to work."

She managed that with the help of a nanny and her veterinarian husband who supported her career and helped with the kids.

She was 29 when she had her first child and worked part time. When her daughter reached the age of 1, Heins went back to work full time.

"I used to joke about bilateral highway anxiety," she says. "I would leave the hospital at night worried about my job, and in the morning it was the same thing in the other direction, worrying about my kids."

In her career, she worked as director of pediatrics at Detroit Receiving Hospital and director of a federally-funded program providing healthcare for impoverished children. In the academic world, she served as associate dean of student affairs for Wayne State University School of Medicine and as a vice dean and pediatrics professor at the University of Arizona's College of Medicine.

That doesn't count the professional organizations and national medical boards she has served on.

But still, she made it all work.

"When I came home, I wanted to change my clothes ..." she says. "And then the two kids and I would jump into the king-size bed and cuddle and reconnect."

She wanted to be a doctor even though she didn't have many lady role models.

Heins remembers reading about doctors and psychoanalysis in high school. Psychiatry fascinated her, so she went to the library to look up what it would take to become a psychiatrist. Medical school became a goal, and eventually, she would decide to go into pediatrics.

"My parents tell the story of having to count pennies in their pockets to see if they could go to the movies because I was in medical school," she says.

Because not many women chose that path in those days she sought out those ahead of her.

"In the last year of my residency, I'm about to graduate from medical school, and I thought, 'What do women doctors do?'" she recalls. "It was as though I had been in a daze. I asked a woman doctor ... 'Can I see how you do it?' ... It became possible."

She finished her residency and married a man she had met on a Caribbean island, giving up a fellowship to move where he had an animal hospital. They were married 47 years.

She learned that knowing about kids doesn't make you a good parent.

Heins gave up the hospital gig in 1991, retiring from the University of Arizona's College of Medicine.

Heins has lived in Tucson since 1979.

"I had no interest in retiring and thought, 'What have I always wanted to do?'" she says. "I wanted to spend more time with parents."

That launched career No. 2 as a parenting expert, her research driven by the questions she received. She wanted to not only help parents, but help other healthcare professionals better advise parents. Because of that, she has published more than 50 scientific papers in that area.

As a parent, "I knew I was making dumb parenting mistakes," she says. "And if a pediatrician can be ignorant, what do the rest of the people do?"

Heins says her children teased her, asking "Mom, how did you become an expert?"

Her 57-year-old daughter Rachel Glick is also a doctor, a psychiatrist on faculty at the University of Michigan's medical school.

In her first book, Heins shares a story about Glick as a young woman sharing the the worst thing she remembered about having a working mom.

"What bothered me most was I had to take the bus and walk to get to the orthodontist," Glick says. "My friends' mothers drove them. But if that’s the worst that happened, that's not so bad."

She gives advice because she's been there.

Heins suggests that busy moms take a "parenting timeout and take a few moments  to get in touch with the Madonna-self."

"One of the things I think is key is to know yourself as well as your children and what you can expect from yourself," she says. "I would try to do too much and then scream at the kids if they didn't behave."

Heins has a son, a daughter, two step-sons and six grandchildren. She managed a house with four kiddos.

"Lots of things are not important," she adds. "Don't try to keep up with the Joneses. Let a child's developmental stage set the speed."

Much of what she has learned comes not just from her own experiences, but from talking to other moms, other doctors and other doctor-moms.

"It's best to minimize your worries and enjoy every minute of it," she says. "Enjoy today. Did I do it everyday? Hell no, but I have had parents tell me they learned something from all of it."

She has a medal for mothering.

Rachel Glick, Heins oldest and only daughter, now has 21-year-old twins of her own.

"The main thing I learned from her is that parenting can be really flexible, but what's not flexible is safety..." Glick says. "Like, I can remember her, she would not start the car until everyone had their seat belt on, and if somebody took their seat belt off, she would pull over to the side of the road. But on the other hand, she believed that there are lots of different ways to do things, and each person has to find their way."

And the thing is, most parents don't know how it all turns out until two decades or so after they start the whole thing, Heins says.

"Despite my worries about not being as good as I should be as a mother, one day my daughter came up to me with a piece of paper made of little circles," she says. "It was a Good Mummy Medal."

Have a family politics meeting with the kids tonight

OMG! So glad I am not parenting today!

Our first reaction might be to shelter our kids, but experts say that might not be the best thing to do.

Working moms say there's no time for friends or hobbies, here's how I do it

I often hear friends talk about how they wish they still had time to paint, go out with frie…

Want to try camping with the fam? This program can help first-timers

A night in the wilderness with the family might sound more like the beginning of a horror movie than a relaxing vacay for inexperienced campers.

Why won't my kids listen to me? Try this simple tip

"Why doesn’t my child mind me?" is the most common question parents ask me.

Does your kid lose it when she's stressed? Help her feel the meltdown coming

I have a spirited, stubborn, fierce, precocious, delightful daughter, age 7. When she is tired or hungry she loses all control — how can I help her calm down?

Don't be tentative: Young kids need to learn the rules

My son is a sweetheart but he does not want to sit at story time. He runs away and sits on the couch. Help!

New baby making your first baby jealous? Here's how to handle it

“I am 6-months pregnant and have a 4-year-old girl. We have been talking about the new baby for a while. Lately my daughter has been really ne…