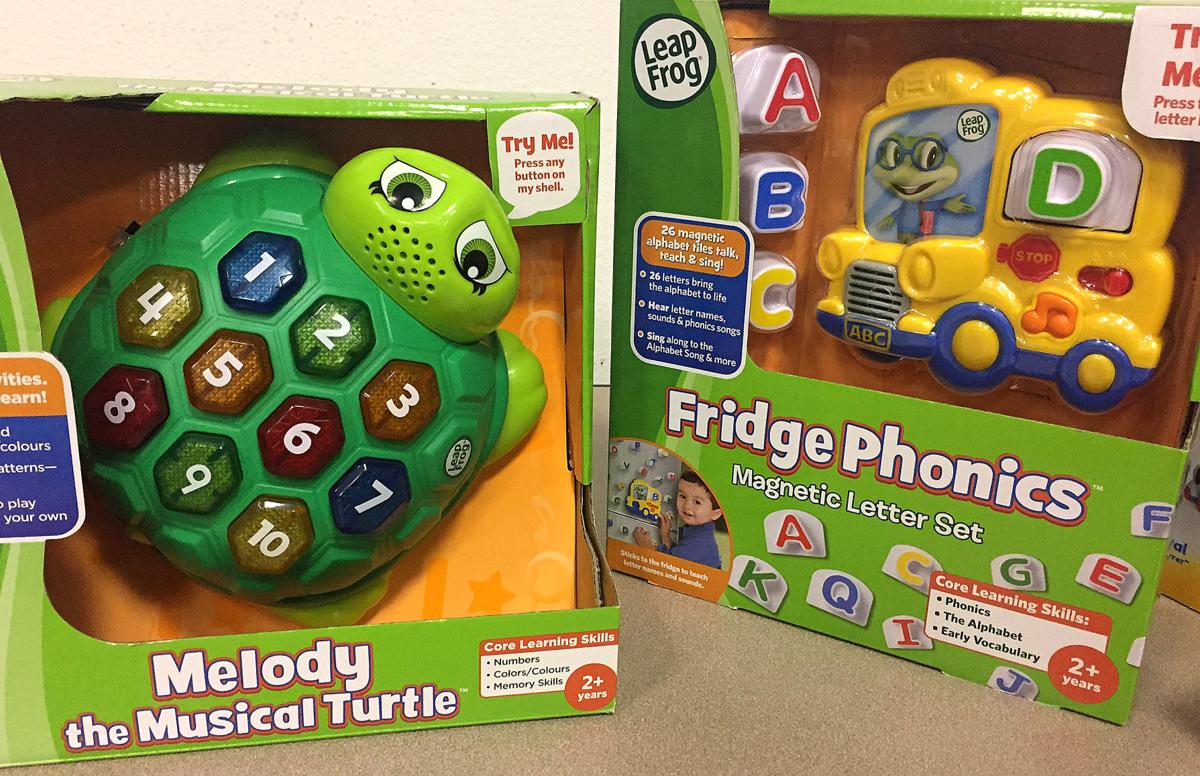 The LeapFrog Fridge Phonics Magnet Letter Set, right, is the fourth noisiest toy this year, reaching 106.6 decibels if held near the ear. LeapFrog's Melody the Musical Turtle is the ninth noisiest toy with a decibel level of 103.8. 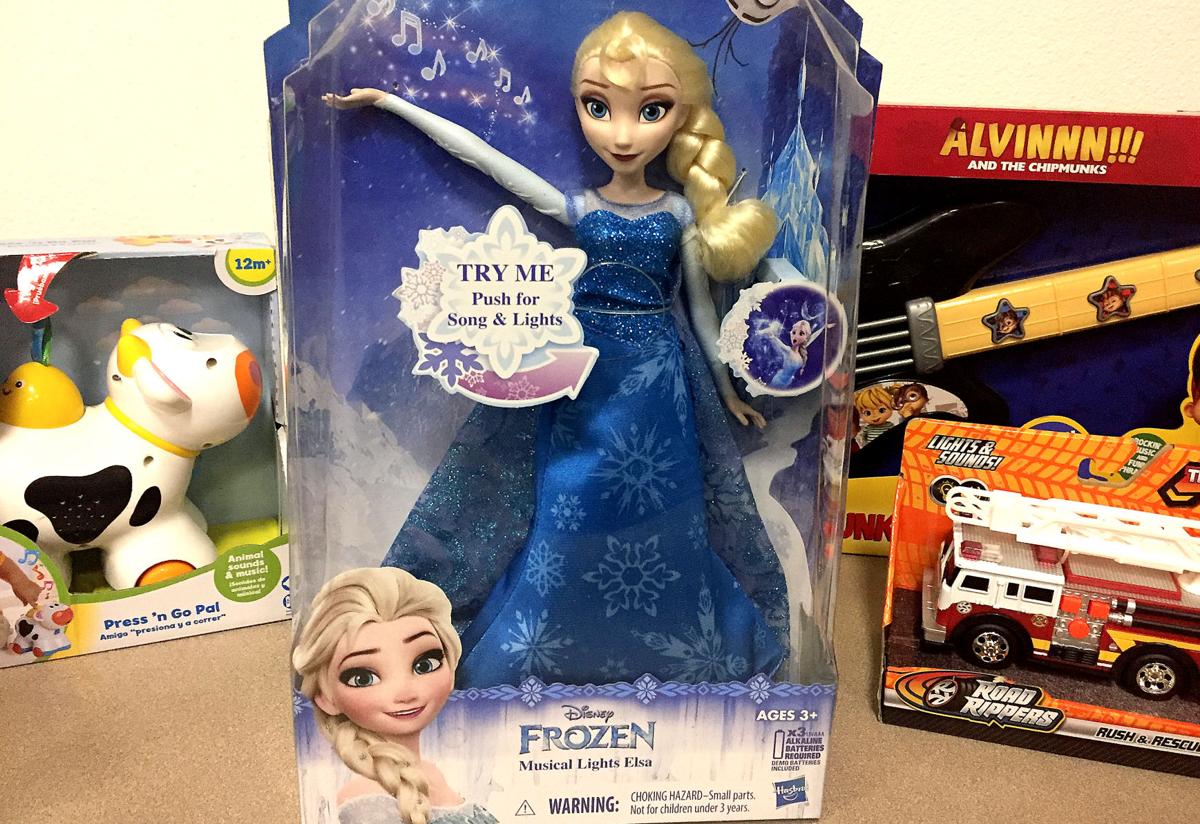 The Disney Frozen Musical Lights Elsa doll is the 11th noisiest toy with a decibel level of 101.9 if held by the ear. The Bruin Press 'n Go Cow on the left is the second loudest with a 110.5 decibel level.

"Oh, let's get the kids toys that make lots of noise," said no mom ever.

Those moms are onto something.

Aside from driving us crazy, sounds that reach more than 100 decibels can damage a child's hearing in less than 15 minutes.

That's something to think about when shopping for gifts this year, especially since some of the most popular toys are noisy ones, with sound levels reaching up to 115 decibels.

According to the Arizona Commission for the Deaf and the Hard of Hearing, 85 decibels is the maximum volume a child should be exposed to — and for no more than eight hours at a time.

The ACDHH came out with its 2016 list of the top 15 noisy toys. The list has two sound measurements, one near the ear and one at arm's length.

The arm's length measurement is significantly lower on all of the toys, but it's important to keep in mind how children play, said Sherri Collins, executive director of the ACDHH.

"The key thing is that when you think about children, when they're playing they're playing close to their body, not at arm's length," Collins said. "That's the thing people don't think about. So if they're playing for hours and hours, that noise exposure, especially if it's 85 or higher, it's damaging because children's ears are sensitive."

There are no warnings on boxes, either.

"So, how do you know? When I look at that Frozen doll I'm gonna say 'that's so beautiful,' but nobody is gonna think about that sound level," Collins said. "But, when you put that sound meter next to it, it's one of the noisiest ones at 101.9."

Most of us don't have a fancy sound meter laying around, but you can download one on your smart phone. Then, it's as simple as holding the phone next to the speaker on the toy to get an idea when you're out shopping.

Keep in mind that the toy is likely not the only noise the child will be hearing when he or she is playing with it. There's environmental noise, such as televisions, music and people talking to add to it.

The organization isn't saying not to buy the toys. If your child really wants that Frozen doll, get it — but Collins suggests putting a piece of tape over its speaker to help mute the sound a little bit. Or, if it has a volume control, make sure it's set to the low setting.

"Once the damage is done, it's done. It's not coming back," Collins said. "That's why it's so important at this point for education on noisy toys because we're seeing the  numbers increasing in kids and teenagers. You need to take precautions now."

Listen for yourself to hear how loud some of these are:

3 quick ways to make your house festive for the holidays

Tip: Use your decorations for more than one holiday.

Video proof that kids are thankful for you

They might not always show it, but kids know when they've got it good, and they appreciate it.

Blast off! Your kids can write letters to humanity that will be launched into space

Teach your kids about empathy and get some family togetherness at the same time.

Tucson Parks and Rec can arrange a call with Santa, here's how

Applications need to be received by Thursday, Dec. 1.

5 local organizations that need your help on Giving Tuesday

Donate time, money or goods to local organizations to give back this year.

Give the gift of Tucson with these 18 Sonoran Desert gifts