From left to right George Brin, Connie McDonald and little Liam Whitaker in the stroller, are enjoying their morning strolling through the beautiful roses in the Reid Park Rose Garden. 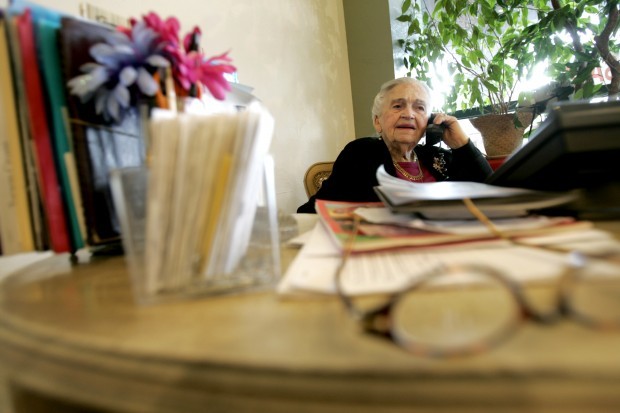 Cele Peterson in 2006, in her 75th year of selling women's clothing, takes a phone call while working at her store. 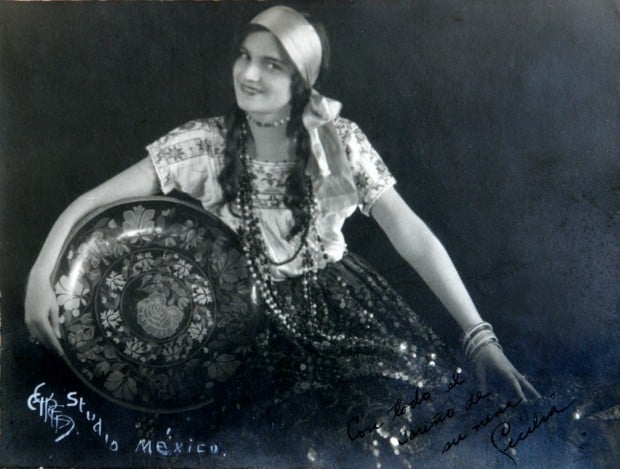 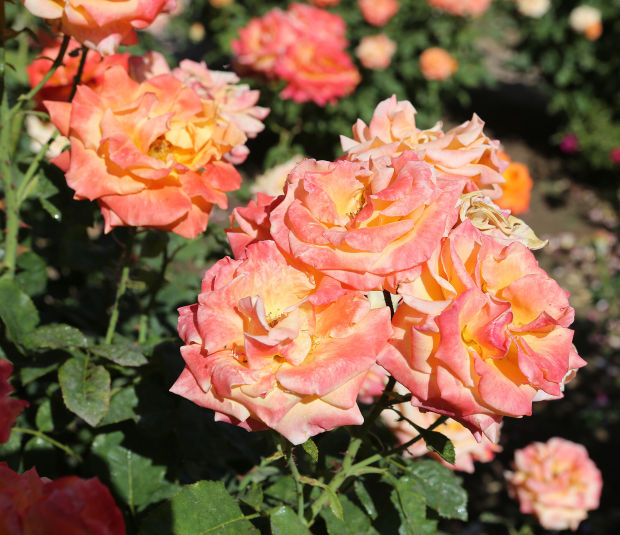 A tight shot of this beautiful rose called Caribbean. 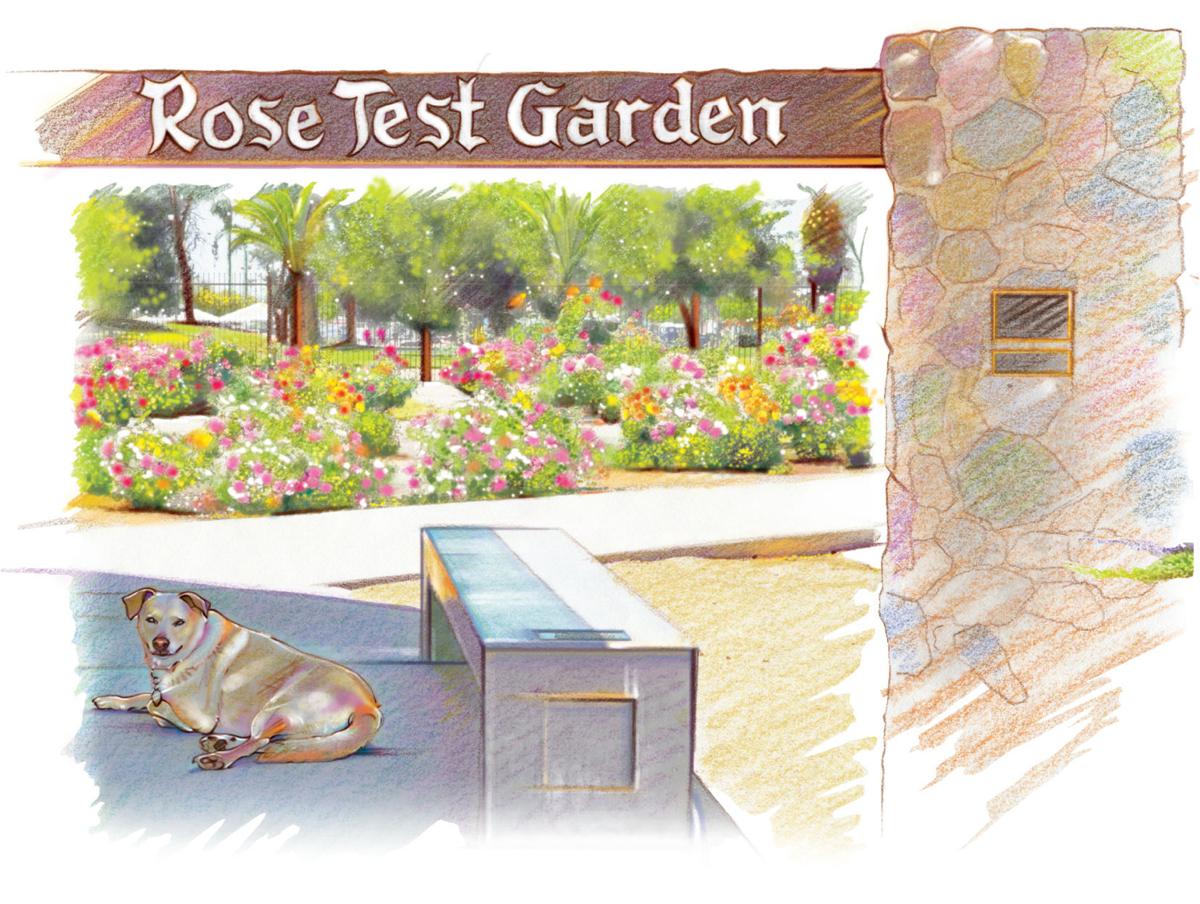 Du Pont knew Peterson and members of her family through his own community involvement, including through Friends of Tucson's Birthplace. Peterson lived in the Colonia Solana neighborhood near the end of her life, he adds.

He submitted an application to Tucson Parks and Recreation in October to rename the rose garden — also known as the Rose Test Garden — after Cele Peterson.

"She was always a lady of such impeccable taste and grace, it seems that a rose garden is perfect to be named for her," says Margot Garcia, a resident of El Encanto Estates, where Peterson also lived for years.

As the then-president of the El Encanto Estates Neighborhood Association, Garcia wrote a letter of support for the application.

"We call it the jewel in the sun," Andrews says of the garden.

She adds that as far as she knows, the small group of volunteers supports the name change.

"We're all for it," she says. "She was an icon in Tucson and gave generously. She's part of the community and the rose garden is a community garden."

Peterson opened a successful shop downtown on Pennington Street that survived the Great Depression, World War II and a fire. The shop attracted plenty of elite customers and carried everything from fancy ball gowns to Peterson's own denim and corduroy clothing line Station Wagon Togs, according to Arizona Daily Star archives.

She opened other stores around the city and hosted the short, local radio show "Star of the Day." She helped to found the Children's Museum Tucson, the Arizona Theatre Company, the Tucson Opera Company and Casa de los Niños. She was 101 when she died.

"I had the honor of knowing Cele Peterson, and she was just one of those people who worked for the community and didn't expect anything back," Du Pont says.

The public has the opportunity to comment on the suggestion to rename the rose garden. Comments must be received by Brent Dennis, the director of Tucson Parks and Recreation, by Jan. 4. Go here for more information on that.

The department's policy for naming parks is that "park properties and amenities shall be named in an effort to honor individuals, organizations, historical events and geographic locations."

After the period for public comment closes, the Tucson Parks and Recreation Commission will make a recommendation to the mayor and city council on whether to approve the name change. As of Friday morning, there were no letters of opposition received, says Sierra Boyer, the community promotions and marketing manager for Tucson Parks and Recreation.

The mayor and council make the final call. Ward Six Councilman Steve Kozachik also wrote a letter of recommendation for the application, as did three of Peterson's daughters.

"Our mother loved the park and walked there for years," says daughter Katya Peterson. "She loved being outside and loved beauty. She loved the community. ... And this is a lovely tribute to her. It's such a lovely way to remember her."

8 quirky adventures to have around Southern Arizona

Forget the fancy and go for the unusual. Here are some one-of-a-kind spots you won't believe are near or around Tucson.

5 unexpected local places to get married

Venture beyond the resorts.

There's lots to learn, even if you live here.