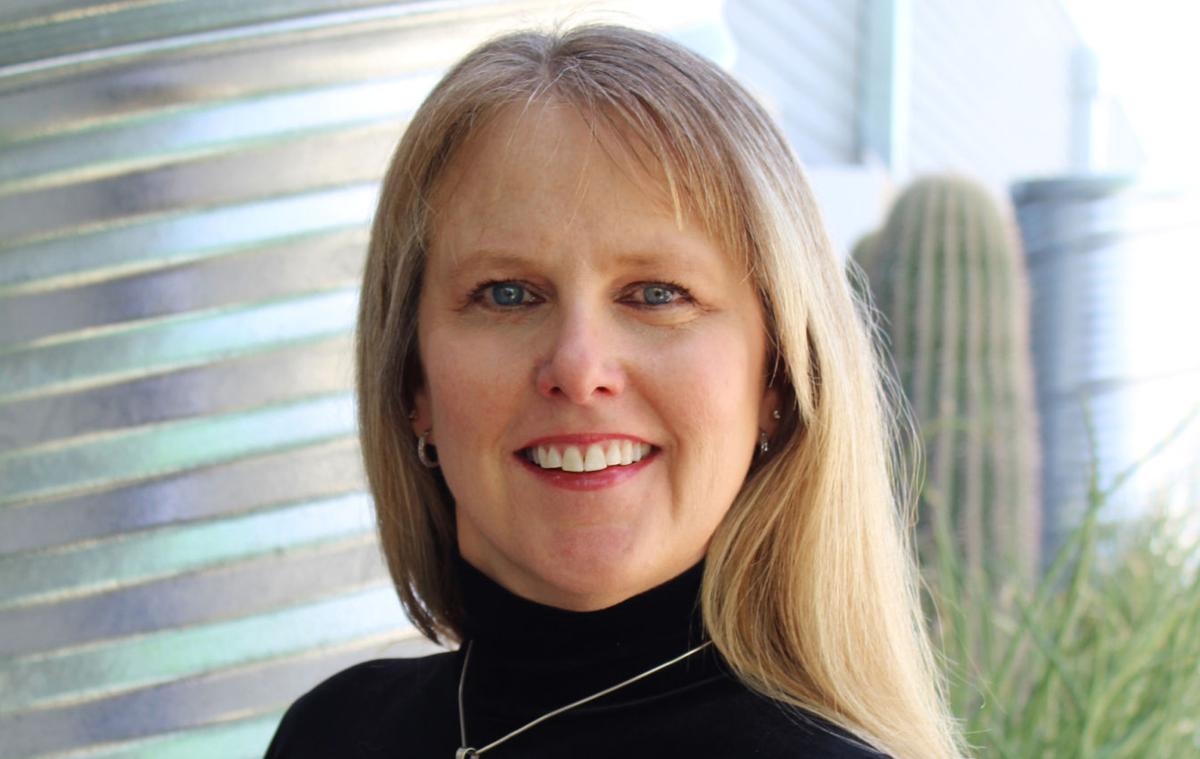 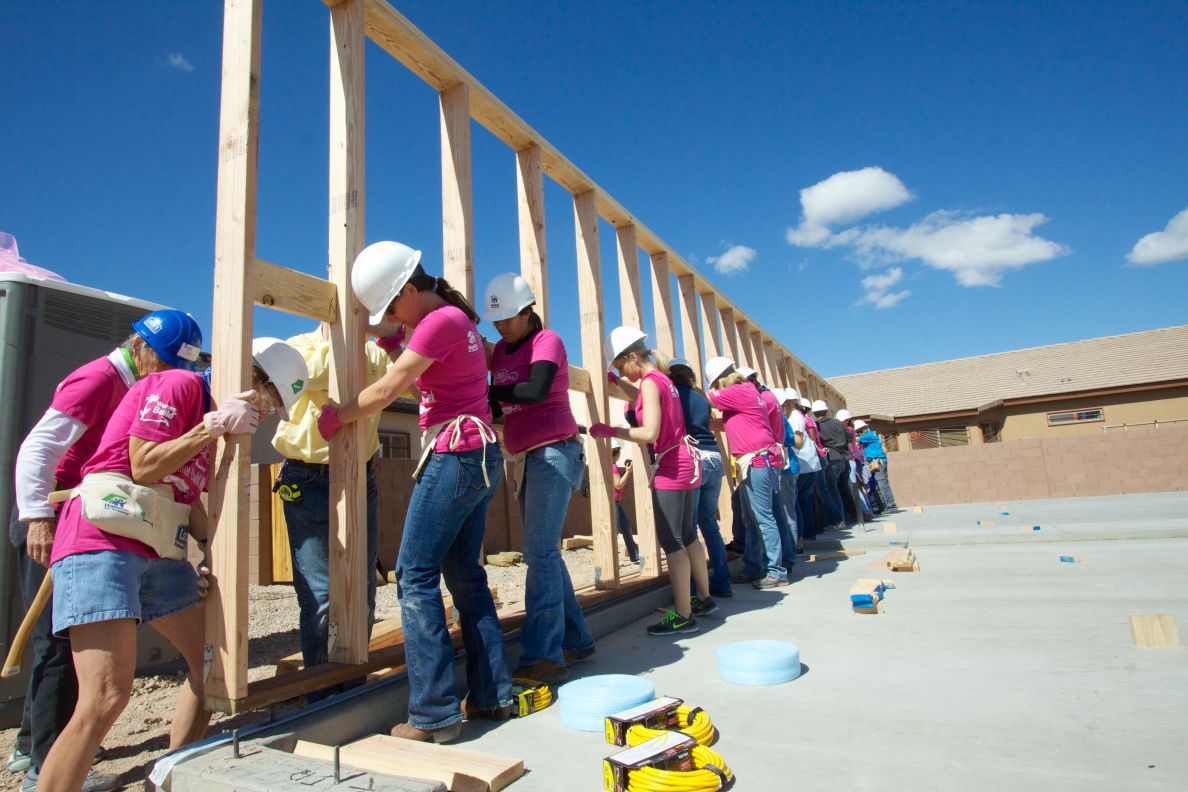 Habitat for Humanity is looking for someone to help keep its grounds clean and tidy. 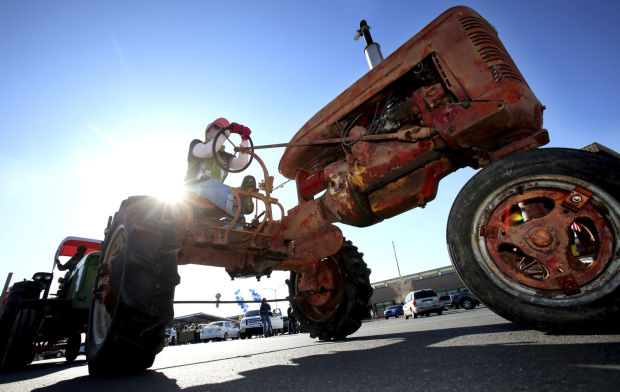 T﻿. VanHook sits on a 1941 Farmall tractor before the start of Marana’s annual Founders’ Day celebration. Farming figures prominently in Marana’s past.

Courtesy of Habitat for Humanity

This story was originally published on Oct. 2, 2016

Growing up, her parents were constantly doing things to help the community.

So, it makes sense that VanHook would follow suit. She's worked in community-based organizations for more than 20 years.

And, since 2014 she's been in charge of one, as the CEO of Habitat for Humanity, a non-profit organization that helps low-income families become homeowners by working with them to learn about owning a home. Qualifying families help Habitat volunteers build their home from the ground up.

"The HabiStore is flourishing and we're making a lot of community connections and the team is thriving," VanHook said. "We're impacting neighborhoods and families' lives."

Last month, VanHook testified at a congressional group for the empowerment of women in the workforce in the 21st century.

She is also leading efforts for Habitat Tucson's first Blitz Build, which means they will build four Habitat homes in four days, from start to finish, later this month.

To add to VanHook's bad-assery, she loves to get her hands dirty and helps build the houses when she can. Plus, she loves to work on and rebuild cars.

On living in Tucson

"I love it...It's the environment my ancestors lived in and it's home...The sun and the rocks...I can't navigate if I can't see the mountains."

On how how she got into community work

"I think I was raised to do it. Not consciously, but when I was a child my parents did lots of community activities...My mother used to raise money for the American Heart Association door-to-door, was very interested in politics, grassroots movements to do things for the school or get a local library built, so community involvement was just a normal part of life and I guess I just stumbled into making money doing it and kept going...I don't know another way of life."

On what Habitat for Humanity does

We're giving people tools to end the cycle of poverty. The home they help build and buy from us is really the platform that helps them launch their family into a future that isn't mired in poverty. It breaks that cycle. It gives them a new beginning."

"My first week here I went out to build with crews and we were roofing and it was hot...like 105-degrees hot and the guys were a little surprised I could swing a hammer, but when you grow up in Southern Arizona you learn to be self-sufficient.

On that moment when a family moves into their new home

"Everyone has that moment at a dedication that their heart just flies. Mine is when you open the door and you hear the kids run in and there's this squealing sound they make and you hear their feet on the ground. There's nothing better than knowing that someone is working towards complete independence. My father used to say 'if you don't own your land, you're not free.'"

On talking to congress

VanHook testified to congress in September about the disparities facing women in the 21st century workforce.

"I was proud to be able to represent the women we serve and my colleagues that are serving low income populations and excited to be representing people in our community."

On what it will take to empower women in the workforce

"I think we have to start by listening and understanding that women can't be lumped into one big category. When we start generalizing about women and girls, we do a disservice. When we start looking at families as programs and humans as numbers we have a problem.

We need to listen to the people we are trying to problem solve for. That's what community building is. Though I was proud to be representing families we serve, it was unfortunate that the families weren't there to represent themselves. We just need to recognize that people are people and families need to have the tools they need for a hand up. At Habitat we are trying to provide that."

On how Habitat has impacted her

Advice for other women

"Be your genuine self. There isn't a prescription for becoming someone else. You have to be who  you are. And when you strive to be something that you're not, you always fail."

On being a motorhead

VanHook has loved working on cars since she was in high school.

"While other young people were taking typing or shorthand or other types of elective classes, I took three years of industrial auto shop and have had a number of cars that I have put together," she said.

"And she is beautiful," VanHook said.

Her first car was a 1972 Volkswagen Beetle that she rebuilt the engine on. She worked on cars and motorcycles with her father for most of her life.

On being a badass

I think I kick ass. Only because I have the support of amazing friends and the love of family ... and a great car.

I was born on the cusp between Virgo and Leo, and yes, I'm very complex.

Describe yourself in three words...

And in five emojis.

I answered phones and monitored alarms at an answering service.

How long have you lived in Tucson?

Who and/or what inspires you?

The people Habitat Tucson serves inspire me. My grandma inspired me.

What are your favorite three songs and why?

"Saint behind the Glass" - Los Lobos, I just love the instrumental and the message behind it. "The Wind" - Cat Stevens, is basically my theme song. "Ecstasy" - Rusted Root, gets my blood going. So one is my movie theme song, one is my workout song, and one it just an all-around great song.

Your go-to order at your favorite Tucson restaurant?

Carne Asada Tacos at Teresa's Mosaic Cafe with cabbage and a squeeze of lime.

Eegees, of course. July. Watermelon month. You have to have it on July 1st. That July 1st Watermelon Eegee. There's nothing better.

You bought your Easter hat at Levy's. And got your Santa pictures there too.

What constitutes your morning getting-ready routine and how long does it take?

I walk for an hour. I feed the dogs. I take a shower and proceed to change clothes three times. Put on makeup. Get lemonade. Rush out the door. It takes about an hour and 40 minutes. Note: Leave house with wet hair. No style is a style.

Favorite app at the moment?

Thriftcart, which watches the sales at the HabiStore. And Uber, of course.

Give us a two-sentence pep talk.

We are equally impoverished and equally privileged. Use what you have and get over it.

What would you tell your teenage self?

It all works out in the end.

What's a quality you got from your mama?

And one you hope to pass on to the next generation?

Permission to make the world their own.

The last great book you read?

"In Search of Lost Time," by Marcel Proust

The last great movie you watched?

People are usually surprised to hear I work on cars. I'm a motorhead. I like fast cars.

Is there something you've always wanted to learn, but haven't had the time?

I've always wanted to learn to play a musical instrument.

Anything you've always wondered about Tucson?

Yeah, how did they name the streets? It makes no sense to me.

Mint Chocolate Chip. It's the 31st flavor at Baskin Robbins. Most people don't know that.

Where can our readers follow you on social media?

Is there something you REALLY nerd out about?

Which fictional character (from TV, movies, books, etc.) just gets you?

What makes you feel the most confident?

Clothing. Good clothes open all doors. And Chanel No. 5. It's almost like Joan of Arc's armor. If you put Chanel No. 5 on, nothing can harm you.

The best piece of advice you ever received?

Badass Women of Tucson: 15-year-old Taylor Peercy is one of the top judo fighters in the US.

At 16 she ran for her life, in Tucson she is back on track and helping others

She started as a real estate agent with no connections. Now she's CEO of Tucson's largest real estate company.

Someone smashed up this Tucson preschool's garden and playground, here's how to help

Gardens planted by preschoolers were destroyed, along with a butterfly terrarium.

Could you be the new owner of Antigone Books? It's for sale to the "best match"

Dreading the massive bag of Halloween candy? Donate it to troops serving overseas

For every 25 pieces of candy you donate, your child gets a toy.

For this All Souls Procession organizer, being a badass means having integrity

This story was originally published on Nov. 5, 2016

Video proof that kids are thankful for you

They might not always show it, but kids know when they've got it good, and they appreciate it.

10 profiles of amazing Tucson women to inspire you in 2017

Our 2016 Badass Women of Tucson include: a young Iraqi translator who loves La Parilla Suiza, a professional cyclist, a firefighter who broke …

In the fight of her life, juicing became the calling for this Tucson chef

Juicing became the cure and calling for this Tucson chef

After several rounds of antibiotics over the course of two years, Bonnie Hurwitz's then 2-year-old daughter was still suffering from chronic e…