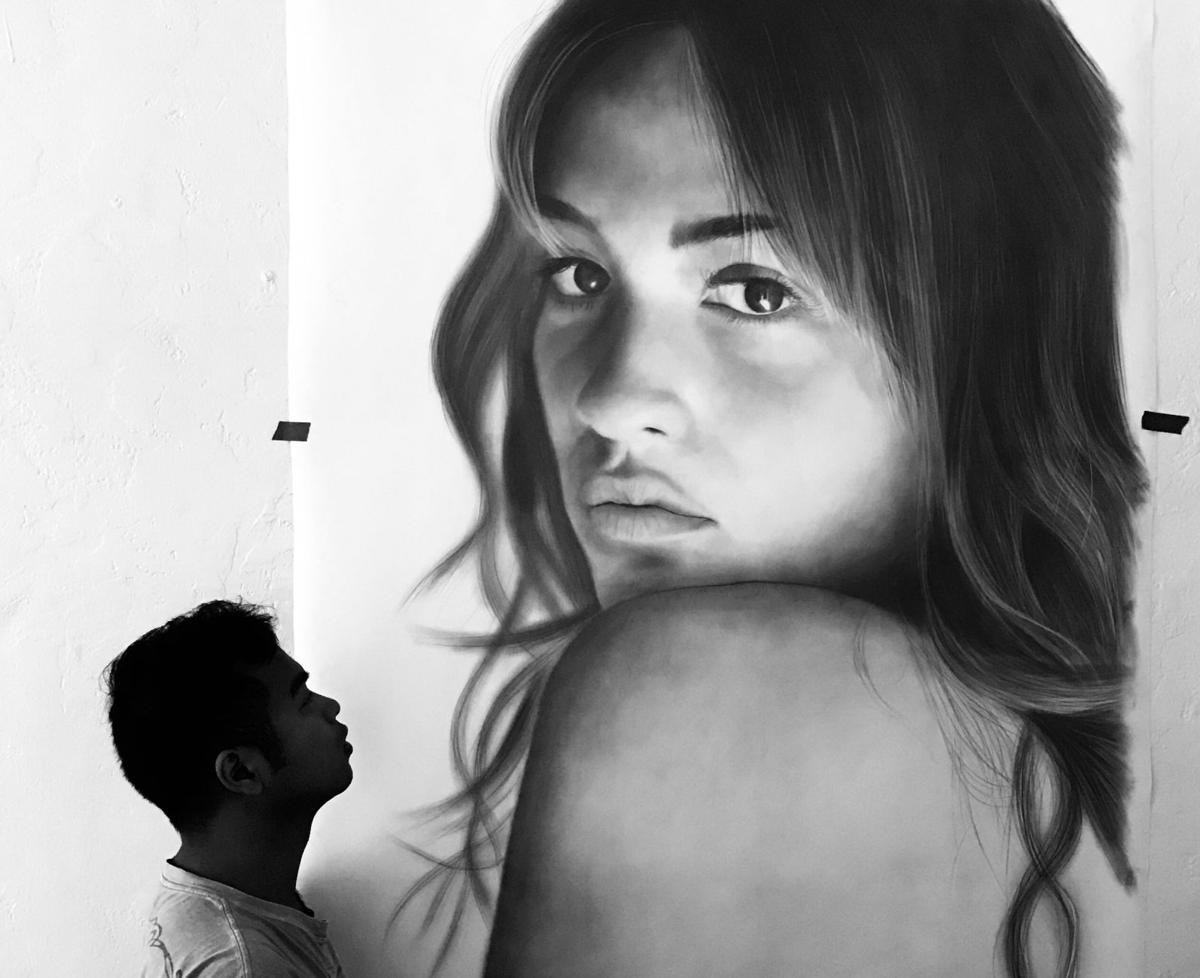 Artist Tommy Chek with his drawing of Tika for his upcoming show "Silent Beauty". 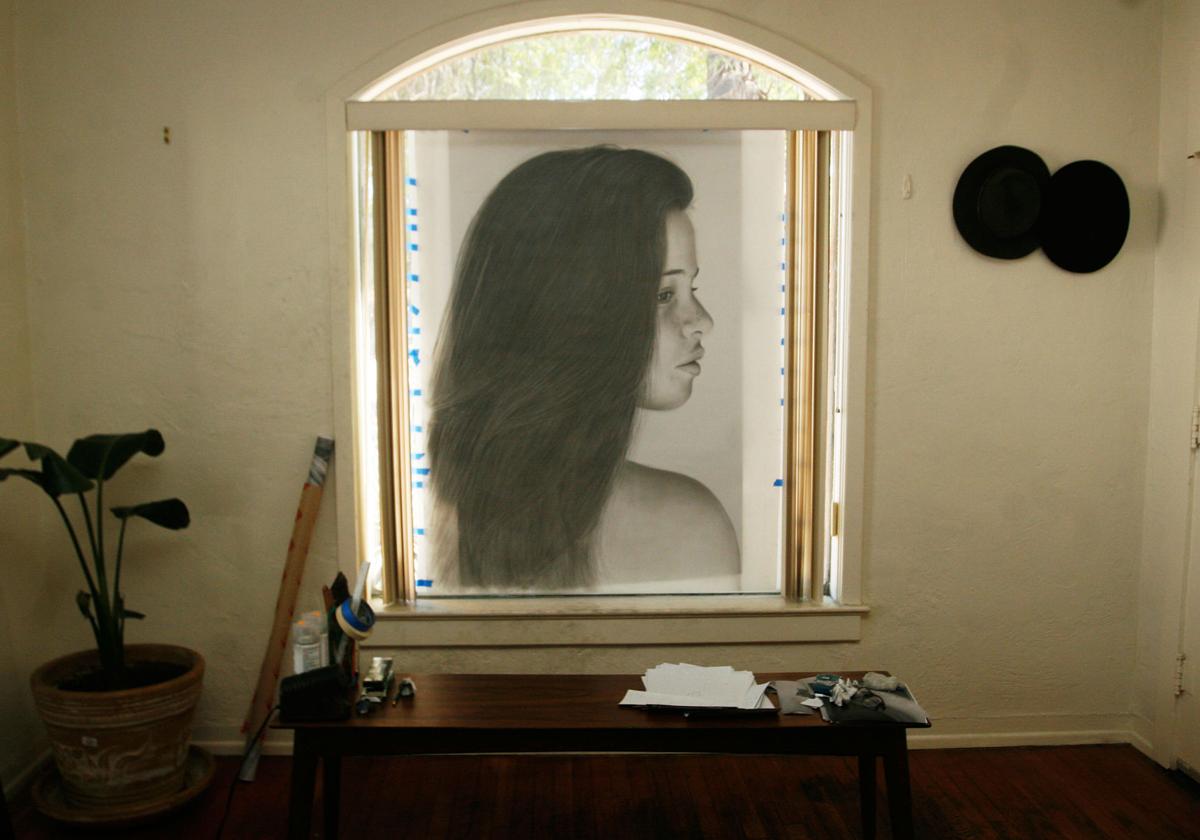 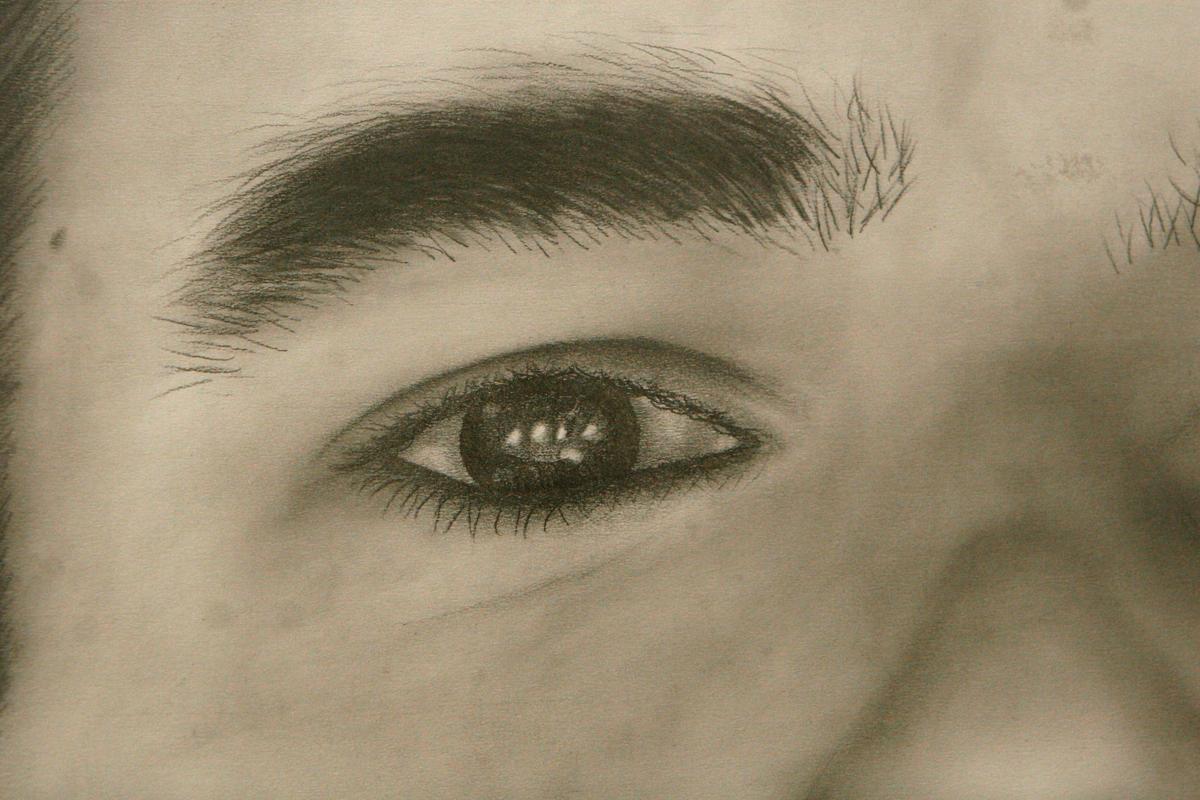 Detail shot of one of Chek's portraits. 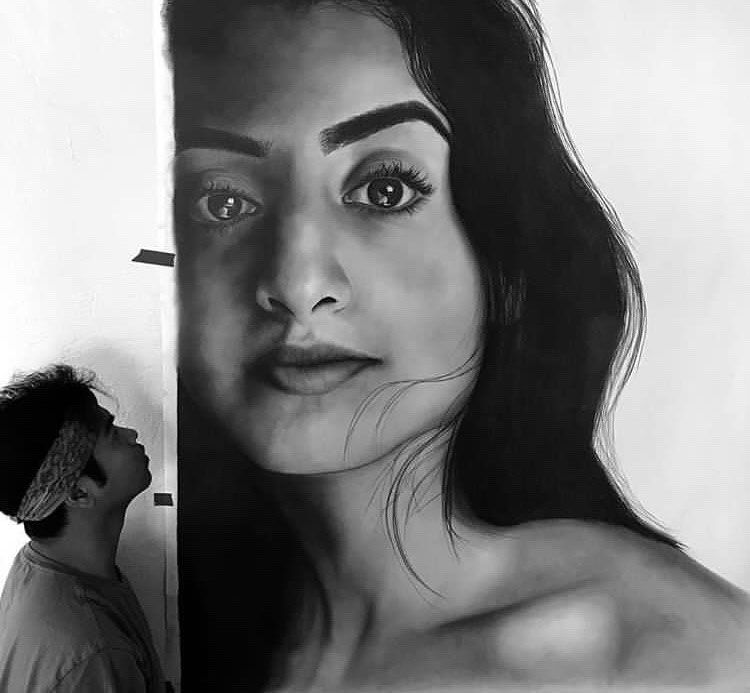 That's what Tommy Chek believes. It's why his larger than life graphite portraits are done in a contemporary, realistic style.

"Yeah there has to be a creative element to it, but I feel like being honest with the world around you and projecting that and kind of shoving it in people's faces is what our job is," Chek said. "Yeah, create pretty things. But, when I'm doing something, I try to capture the person and who they are."

Though, he was always creative, it wasn't until last August that Chek realized he could draw realistic portraits. Before that, he fed the creative bug with mural work at the Scented Leaf and some local architecture firms.

He's been honing in on his drawing skills since that August epiphany and it's paying off.

"People look at my stuff and are like, 'oh my god, how do you draw like that,'" Chek said. "But, you should see some of my stuff I started in August. I thought it was the bomb."

When inspiration strikes, Chek gets to work in the living room of his midtown home.

In the window, to be exact.

The window is the only upright surface that is smooth and large enough to accommodate the 42x56 inch paper he works on.

He usually works at night so the paper isn't backlit from the sun, but if he does work during the day he tapes a giant sheet of black paper to the window to block the light.

To achieve accuracy in his portraits, he prints the photo he is working from in the the same size, puts a grid on it and begins layering with his 8b graphite pencils.

His first portrait took about a month to do. Now, he can "bust one out" in a week if he spends eight hours a day on it.

Chek is currently preparing for his first show, Silent Beauty, which will be held at Playground Bar & Lounge on May 1.

The show will feature nine portraits of Chek's friends.

"This whole show is about inner beauty because I felt like I learned a lot through these people," Chek said.

Once he has chosen a model, they do a photo shoot. Then Chek chooses the top five. At that point, he looks at the photos with the model to narrow it down to their favorite three. From there, Chek makes the call as to which photo he will draw.

Chek says some of his models have had problems with insecurities and he wants to make them feel comfortable with who they are.

That's where his portraits come in. Chek shows the models his work before posting them to social media.

Recently, the mother of one of the models saw Chek's drawing of her daughter.

"She said something like, 'you captured what she looks like but you did more than that,'" Chek said. "'You captured her soul and person. Her eyes are so kind.' So I felt like I was fulfilling my duty and purpose."

Info: Food will be served. Click here for tickets.

"I have been painting this city for over 20 years and I'm honored now to have such a large iconic piece in my hometown."

Whitney Dosty has always been passionate about two things — fashion and volleyball.

This Yaqui artist makes beautiful jewelry that celebrates the desert

Cactus, agave and other desert gems inspired Celeste Mills' jewelry long before the world fell in love with succulents.

It's easy to go to Target whenever you need something to spruce up your living room, but don't forget about your local artists.