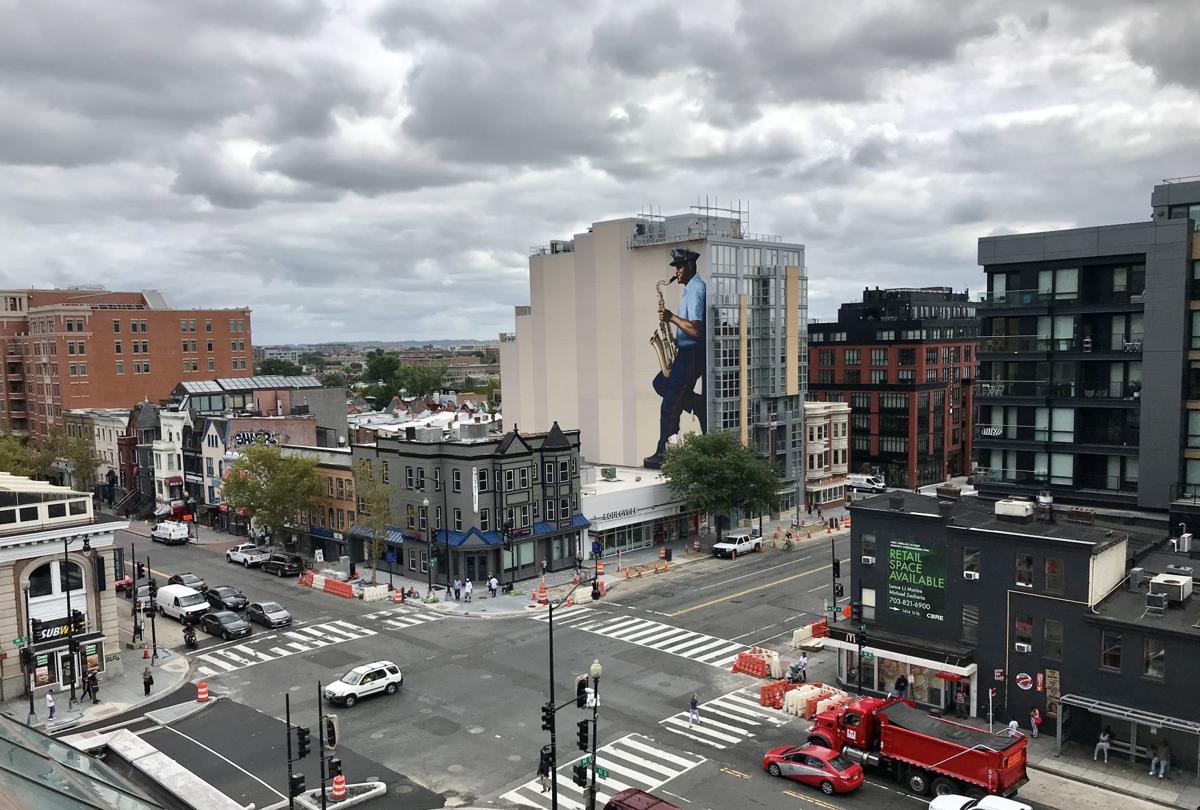 A mural by Joe Pagac depicts Buck Hill leaning against the wall, his mailbag at his feet, while he plays the saxophone. 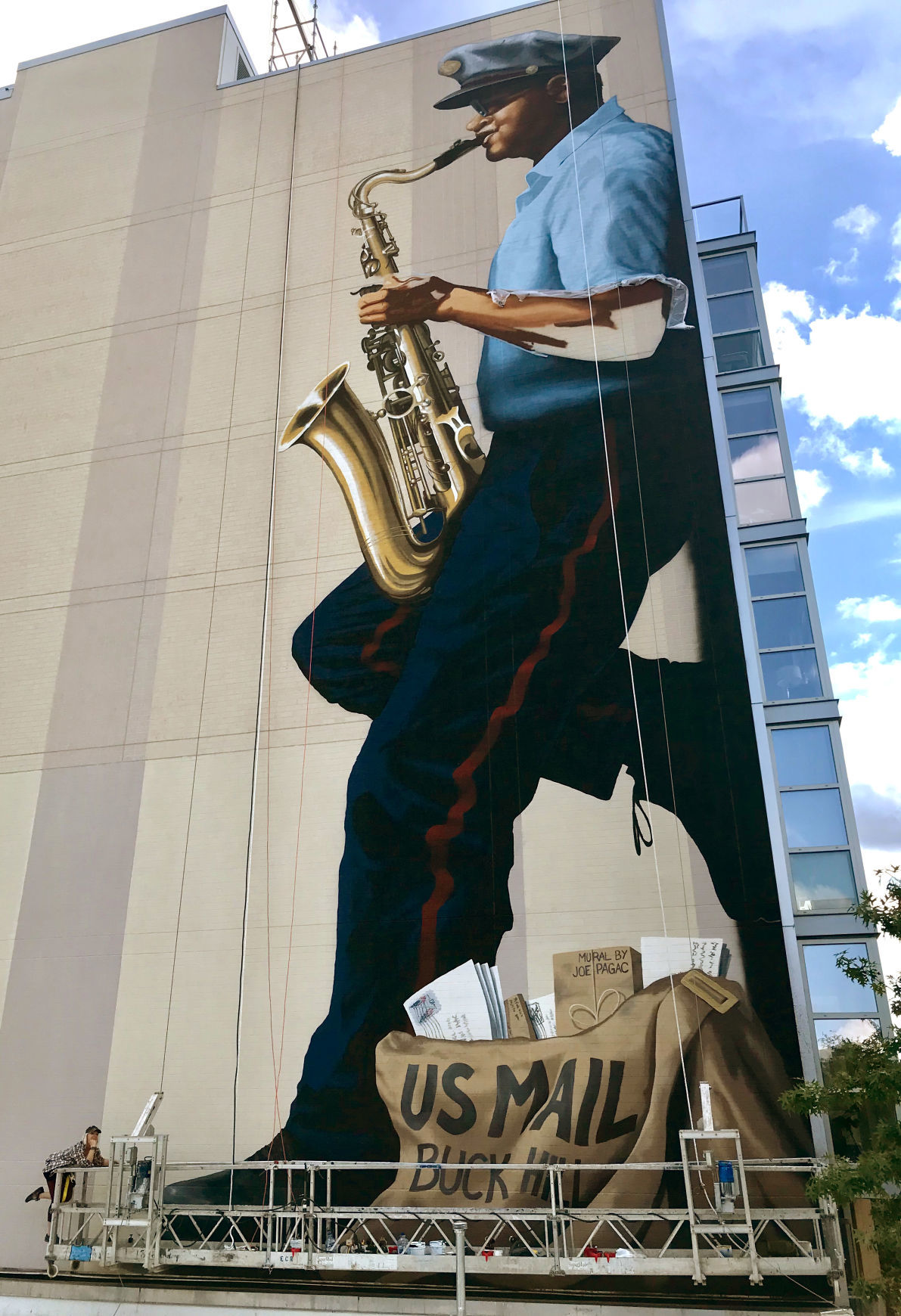 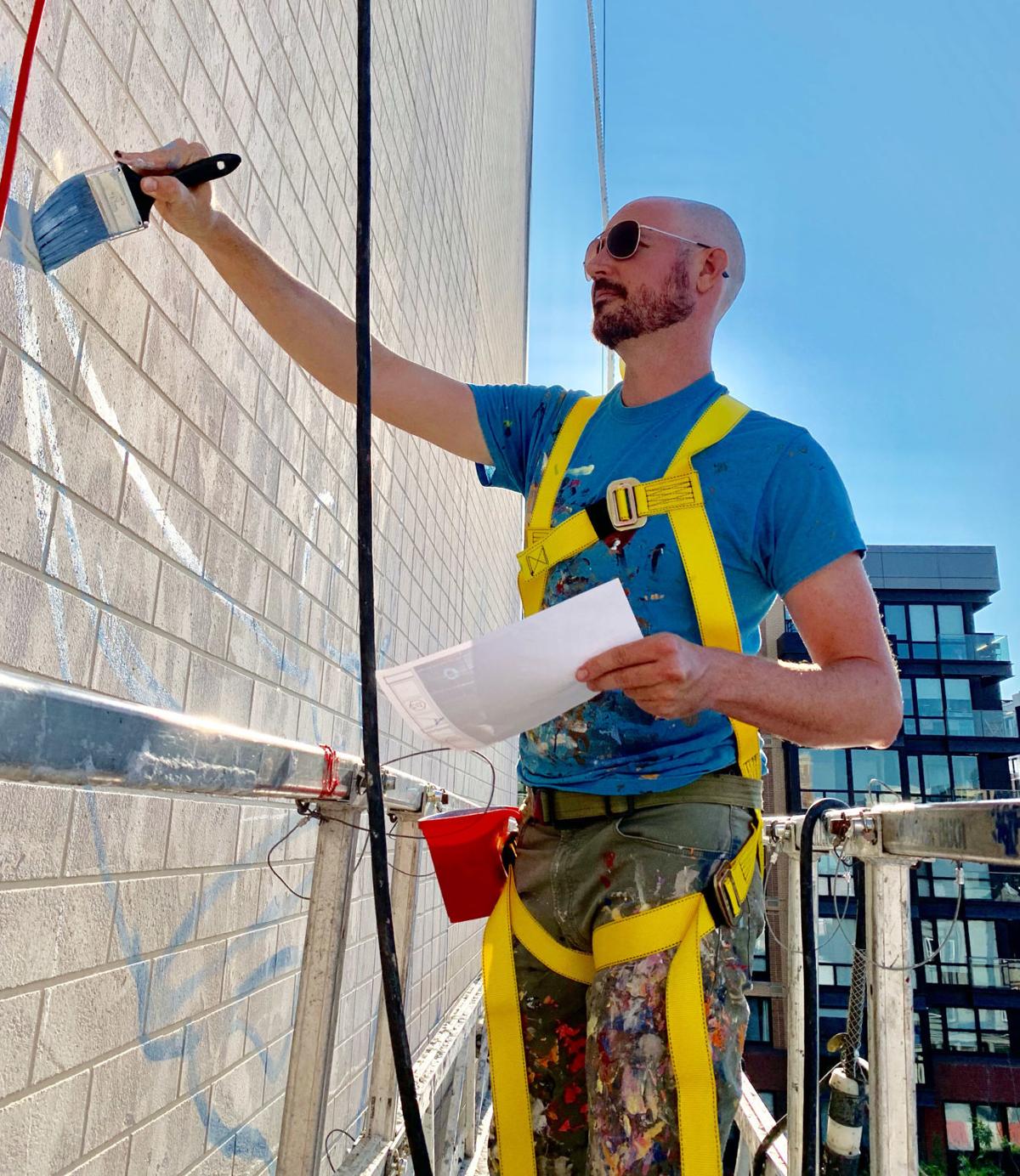 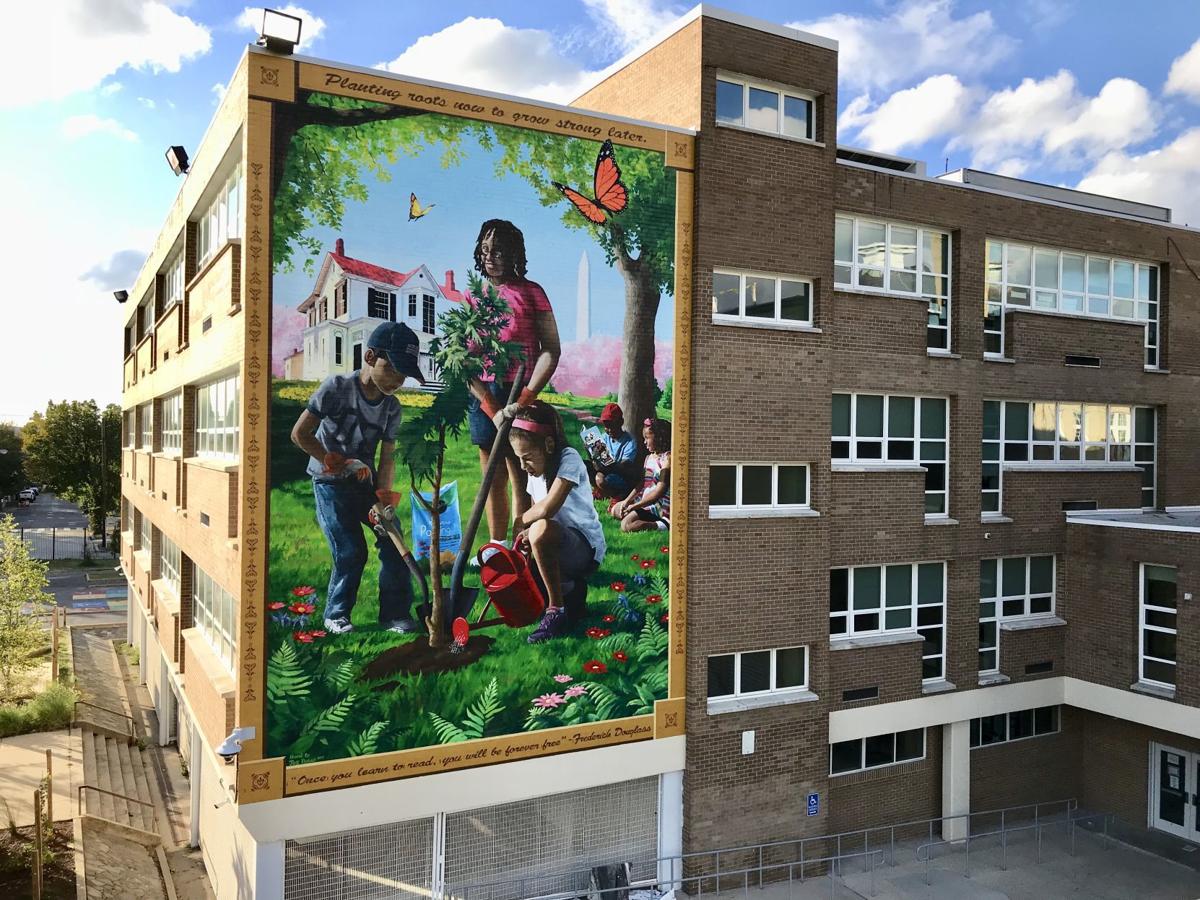 Tucson artist Joe Pagac spent the better part of the past two weeks suspended 100 feet in the air, painting a mural that could thrust him into a national spotlight.

Since he started working on “Buck Hill” in Washington, D.C., he has received offers from Memphis, Tennessee, and Pecos, Texas, where he’s been asked to paint a 70,000-foot mural along a highway.

“This could be a career changer,” Pagac said Monday after he put the finishing touches on “Buck Hill,” his depiction of the little-known Washington, D.C., jazz sax player/mailman. “It’s national calls now instead of just local calls.”

"The mural was painted directly across from our headquarters, so I had the joy of seeing its creation and witnessing the public response," said D.C. Department of Public Works Director Chris Geldart. "The reaction from the jazz community and the public has been powerful. People are constantly photographing it or just looking in awe watching Joe at work. Joe did an excellent job capturing the likeness of Buck Hill. Some parts of the mural are so lifelike it almost looks three dimensional."

Pagac’s image of Hill stretches from the sidewalk to the top of the nine-floor Elysium Fourteen apartments in the historically black U Street Neighborhood. City officials and neighbors will celebrate the mural on Tuesday, which D.C. Mayor Muriel Bowser has proclaimed Buck Hill Day to honor the man who spent four decades delivering mail to his neighbors and more than 60 years playing his saxophone in clubs around the city.

Hill died in 2017 at the age of 90. Pagac’s mural, his third with the D.C.-based MuralsDC public arts project, depicts Hill leaning against the wall, his mailbag at his feet while he plays the saxophone.

The image came from a photograph Pagac had of Hill performing for a couple of neighborhood kids.

“The neighborhood historically was kind of a traditional hub for black musicians,” including Marvin Gaye and Duke Ellington, Pagac said. “I didn’t want to do another Marvin Gaye mural. ... I was trying to find someone who hadn’t had a mural done of them in D.C., and I really liked Buck Hill’s story.”

Pagac and his wife, Arielle Pagac-Alelunas, arrived in D.C. in early August and had hoped to get to work. But they had to wait until the scaffolding was installed, which took a couple of weeks, Pagac said.

Pagac-Alelunas overcame a fear of heights to help her husband operate the scaffolding, which required two people to operate the pullies. Pagac said while he painted, his videographer wife edited video sitting beside him.

“Because it’s such a large-scale work, every time we wanted to step back and see what we were doing, we had to take the lift all the way up and then take the elevator down and walk half a block up the street to look at it,” Pagac said.

The mural looms large over the upper-middle-class U Street corridor dotted by coffee shops and happy hour hot spots.

“As you get close to this intersection at 14th Street and U, that’s when you see more of the coffee shops and sports bars, and the mural kind of leads you to this,” said Byron Tonic, Elysium Fourteen’s community director.

“With this one being as tall as it is, you can walk blocks away and turn around and it’s looming over this part of the city,” added Pagac, who completed his first MuralsDC project, “Planting Roots,” in 2017 at the three-story Ketcham Elementary School.

The next year, he painted his version of the Buddhist tale “Four Harmonious Friends” on the side of an apartment building near the Smithsonian Zoo.

"This is Joe’s third consecutive project with MuralsDC and he's known as one of the easiest and most flexible artists to work with," Geldart said. "He’s fearless, talented and doesn't mind heights — three important qualities in an outdoor muralist.”

“Now that I know I can stomach being on one of these scaffoldings, hanging off a roof, there’s a whole bunch of other buildings that I’ve had my eye on the last few years, but I didn’t want to pitch murals to the owners because I wasn’t sure I could pull them off,” he said.

5 striking Tucson murals and their backstories

This story was created by #ThisIsTucson and underwritten by Tugo Bike Share, offering 25 per…

Muralist Joe Pagac started his career in Tucson 15 years ago after placing a "10-cent artist-for-hire" ad soon after graduating from the University of Arizona.

"I didn’t really have a plan as far as how to make a living at all when I graduated," he said, but most of the folks responding to his ads hired him to do murals.

Hence a career was born that is firmly rooted in Tucson.

Wherever you drive around Tucson you can find Pagac's brilliant murals including:

• Revolving murals on the side of the Rialto Theatre, 318 E. Congress St.