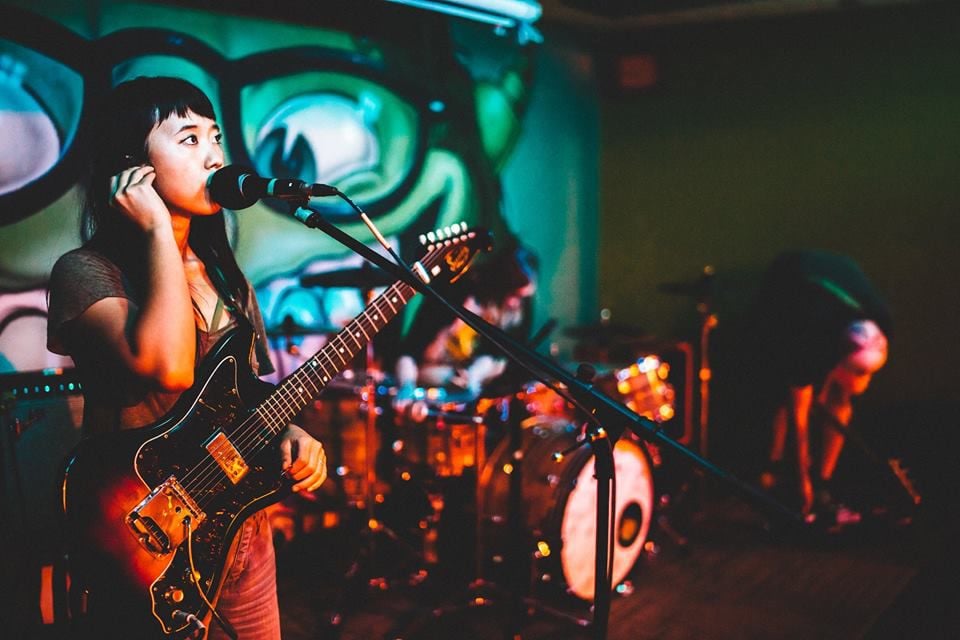 Nelene DeGuzman sings with local act, Rifle, and is a chemist. 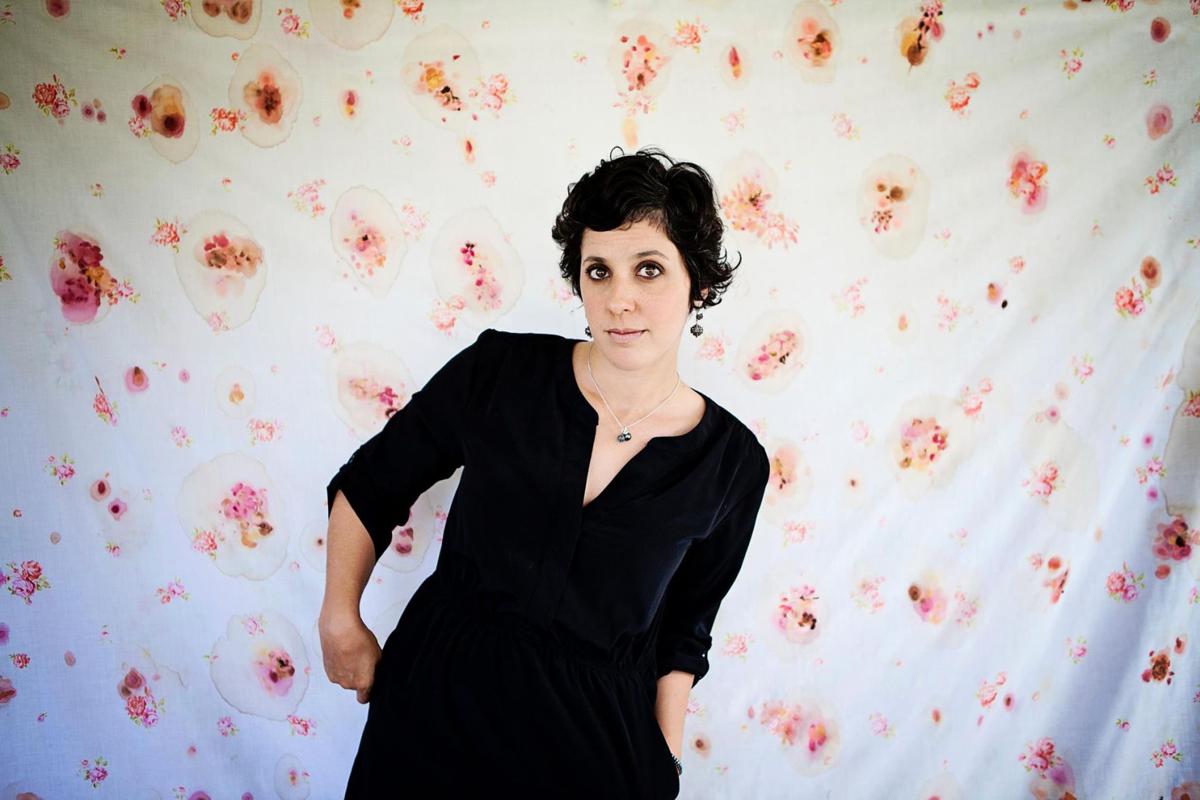 Lex Gjurasic says she's an OG Riot Grrrl originally from Seattle and part of the movement there when she was a teen. 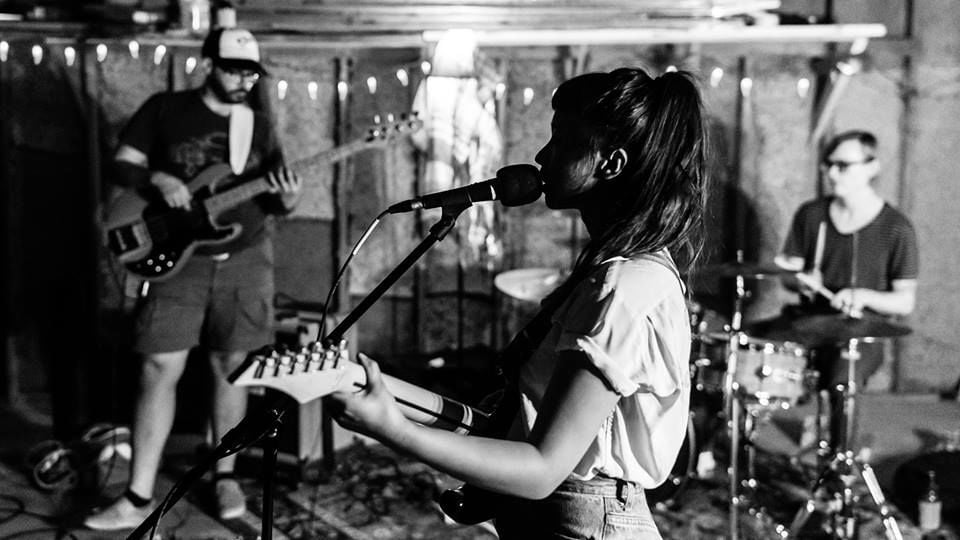 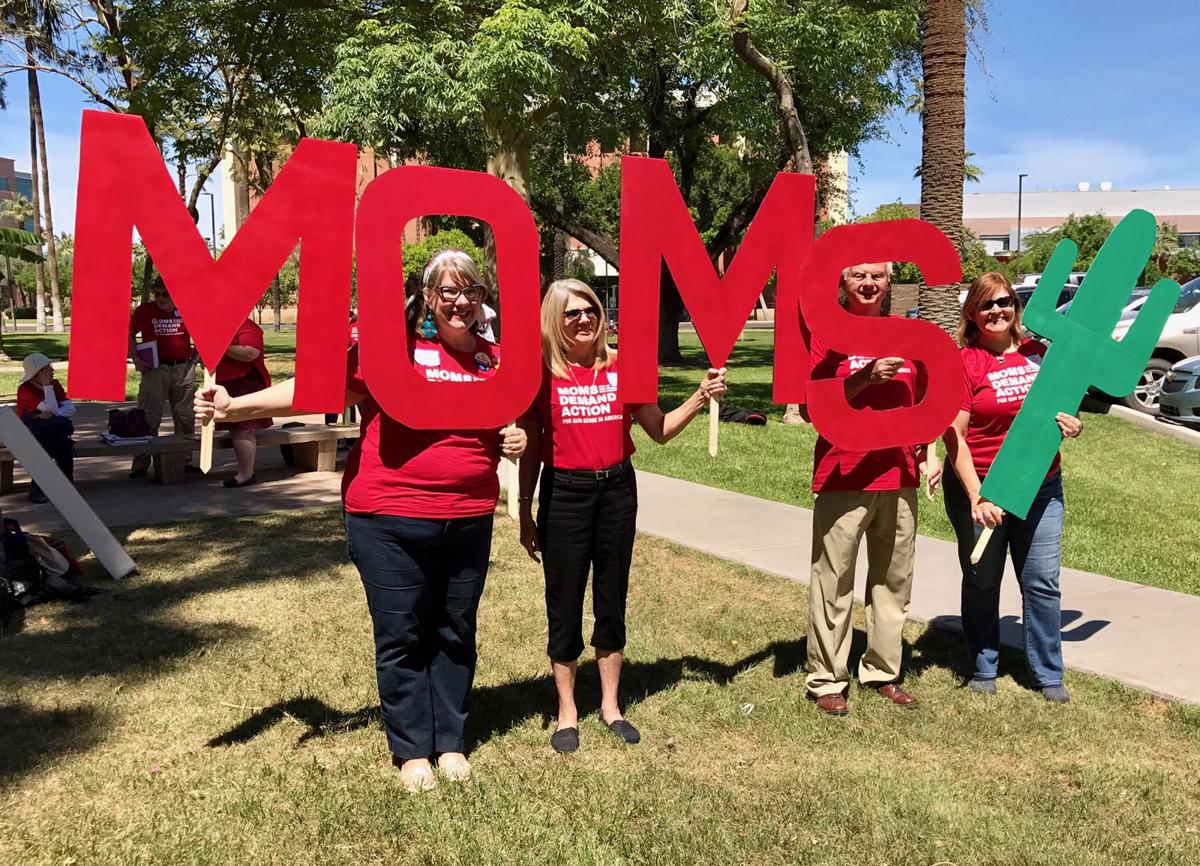 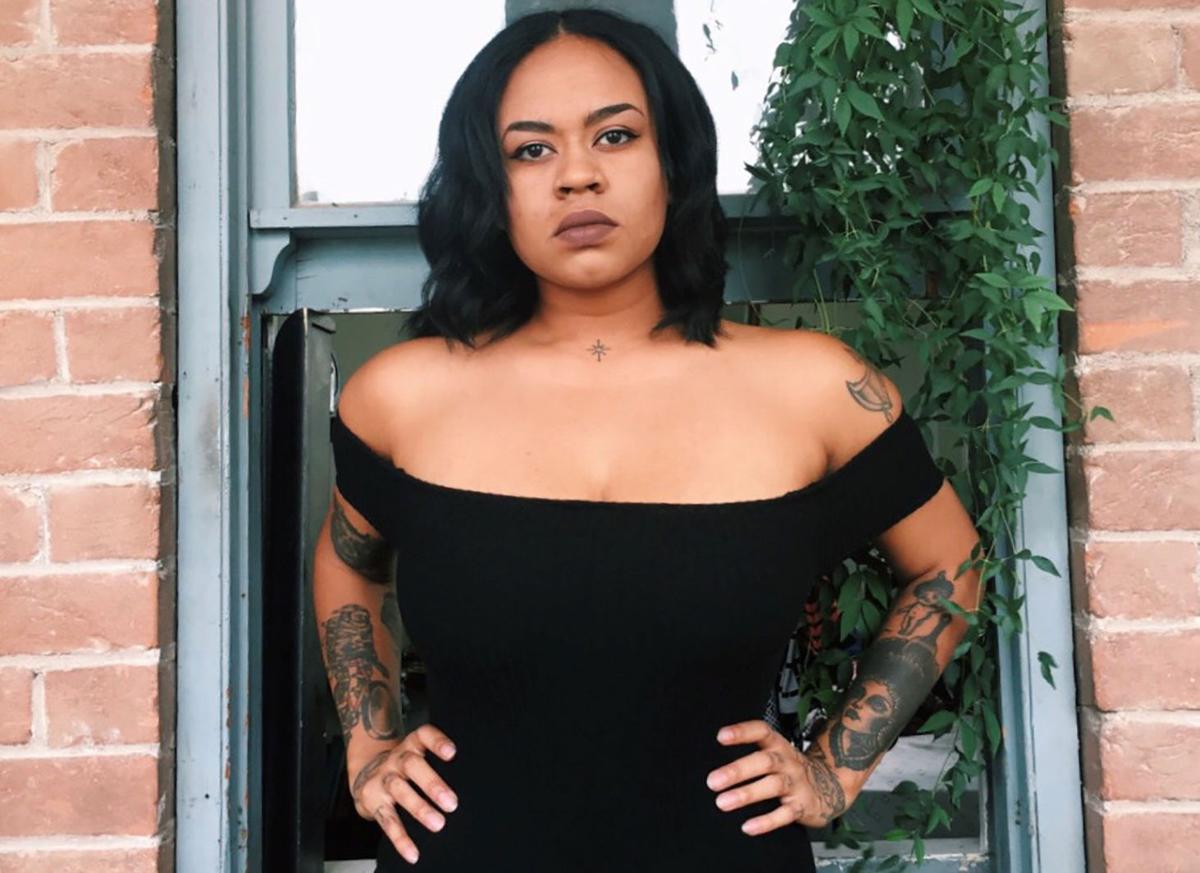 Diana Williams, a local fashion designer, hopes to bring change by being inclusive and working with people she wouldn't normally think of working with. 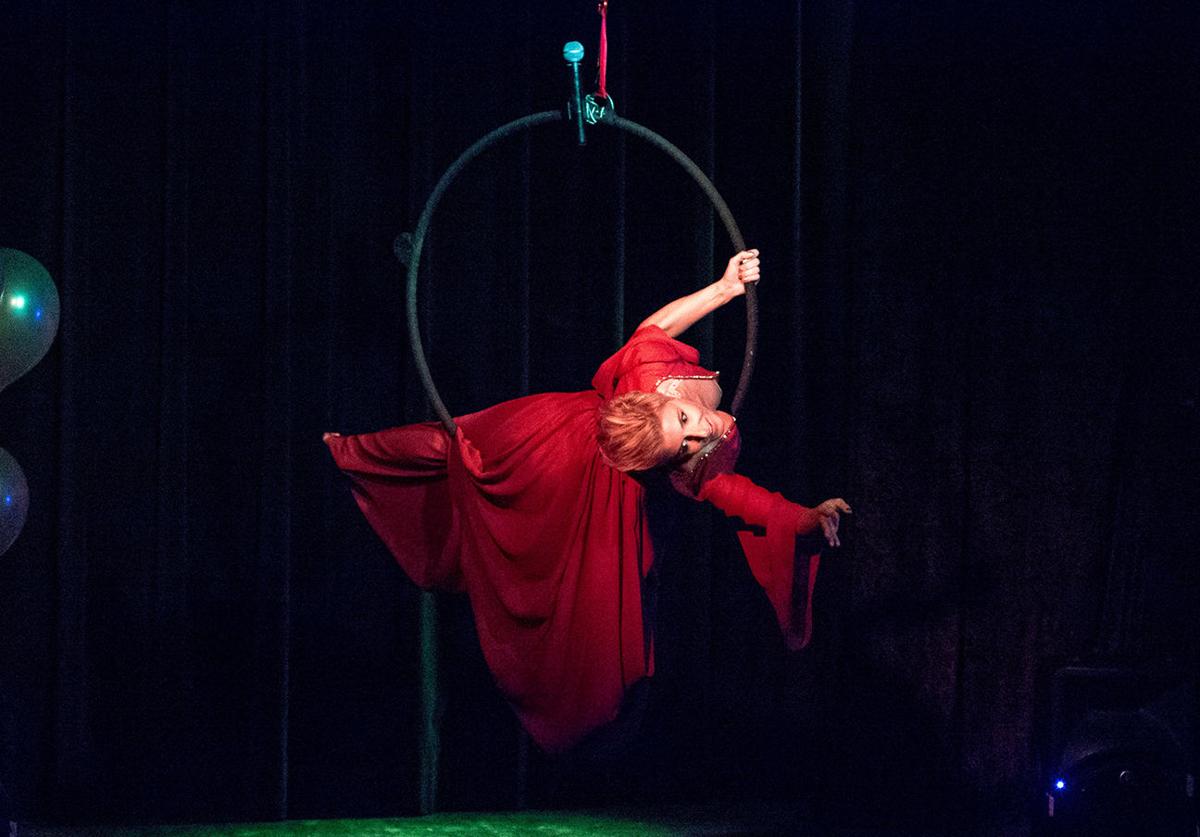 Lola Torch has added lyra and aerial silks in her arsenal of dancing skills.

This story was produced for Girl Scouts of Southern Arizona — encouraging girls to lead positive change through civic action — by #ThisIsTucson. Thank you for supporting the organizations that help support us!

Tucson is full of ladies with grit.

We call them riot girls (AKA riot grrls). They're passionate about creating change through whatever they do, whether that's art, music, activism, writing or organizing.

They're a force to be reckoned with and are not afraid to speak out and stand up for what they believe in.

We're introducing you to five of those women.

You'll learn about a mother who is fighting for fair gun laws, an artist who wants her daughter to know what it's like to be a woman — the uncensored version, a burlesque dancer breaking the boundaries of performance art, a musician and chemist who is working to make her workplace more gender-inclusive and a fashion designer who speaks up to represent women who are different or afraid to speak up.

Lex Gjurasic is a 39-year-old artist and mother of one.

I really adore Tucson the way it is. I love its gritty authenticity and its affordability for artists to live and work. I'd hate to see that change like my hometown of Seattle. But I would like to see the values that make Tucson so amazing extend to the rest of Arizona, specifically the legislature. Civic involvement is vital but sometimes you just gotta paint a big beautiful mural in your community.

I found my voice in the budding Riot Grrrl movement of the Northwest when I was a teenager. Riot Grrrl music definitely empowered to speak my mind. Also the alternative public high school I went to encouraged activism and discourse. Soon I began making zines and short films with friends and when I saw how people responded it only fueled me to make and do more. In fact, one of the films I made as a teen recently became a permanent part of The Getty as part of Miranda July's archive. It's very cool to see girl's voices valued in that way, it's an honor.

Boy oh boy, any kind of injustice makes my blood boil and my skin crawl! That will never change. Right now I feel of sense of urgency to impart all that I've learned as I've grown into a woman to my own daughter. I want to help her to navigate the truths for women that lay hidden like land mines, not spoken about because they are taboo, unladylike or immodest. I want to embolden my daughter to be her own person and I want her to see me not just as her mom but as a whole person that existed before she was born.

I'm working towards change, trying to make my workplace a more gender-inclusive place and amplifying the voices of the women I do work with.

In terms of the music scene, I try to outspokenly support gender-inclusive music outlets (check out Ladytowne and WTF AF!)

I think I'm still finding my voice, it's all a process.

Injustice motivates me to speak up. That and feminist literature. I tend to see my experiences as a woman in music and a woman in science as very similar. Men really like to explain things to me in both fields.

Diana Williams is a 28-year-old seamstress who designs and hand-makes clothing.

I hope to see Tucson become more collaborative and empowered. I am pushing that change by simply making clothing, being inclusive, and working with people I wouldn’t think of working with before.

I have struggled growing up in Tucson. My mom was an immigrant from Queretaro, Mexico and my father an immigrant from Cuba. I grew up poor. I’ve been sexually abused growing up. I’ve been discriminated against for being Mexican, and most of all being a black woman. Especially in Arizona. Opportunities weren’t there for me. A lot of people in Tucson can relate to that story. I work hard to find power within a struggle, and share that story to uplift and motivate someone else.

I speak up because there are few voices who represent me and other women who are different, especially in Tucson. I’ve also met so many women who are afraid to speak up in this small community, and that’s problematic. I hope what I do through fashion and being vocal, rubs off on others in my community.

Missy Paschke-Wood is a 37-year-old  mother of two and the Tucson Jazz Festival development director.

I'm the volunteer local leader for the Tucson Chapter of Moms Demand Action for Gun Sense in America (momsdemandaction.org) which is part of Everytown for Gun Safety. I am one of 3 million people around the country working to pass sensible gun legislation that will protect all of our families and children from gun violence and educating adults on how to protect children and teens from unintentional shootings (besmartforkids.org).

There was a theater shooting when we lived in Lafayette, La. about 2½ years ago, on the same day my youngest daughter was born. The next morning a nurse came in and quietly said she thought I might know one of the two women who were murdered. Her name was Jillian Johnson and I did know her. I lived in Arizona when the January 8th shooting happened, moved to another community and another mass shooting happened. I realized that if I wanted a change, I needed to act. I attended a Moms Demand Action meeting two weeks later and haven't stopped.

I'm motivated by the belief I can make the world safer for my children and by the stories of survivors of gun violence. I'm also motivated by the understanding that it doesn't have to be this way and that we can make Arizonans safer while respecting the 2nd amendment.

Lola Torch is a 41-year-old burlesque performer, producer and dancer. She founded the Tucson Libertine League.

I'd love to see Tucson become a more fully realized, inclusive and well-rounded hot spot for the arts. We have so much going on here, yet we could grow even bigger in terms of thought-provoking and boundary-breaking performance art. I'd like for it not to be hidden away, but to be brought to the forefront of our live entertainment scene. Thoughtful and well executed art can be fun and exciting, too.

Tucson Libertine League is doing our part in that effort by offering a stage to artists who are interested in breaking the mold, digging in deep and doing the work.

For 41 years I've sat and listened and digested and learned and worked hard to get to a place where I can encourage others to speak up. To help them realize that their story can make a difference.

Seeing artists' bravery and vulnerability is what keeps me going and fuels me not to keep quiet.

Want your girl to use her voice to speak out about the causes that matter to her? Check out the G.I.R.L. Agenda, a nonpartisan program designed to help your girl be a catalyst for change in your community—and the world.

DACA change forces Tucson families to plan for the worst

What feminism means to 5 Tucson artists

Like everything else, feminism means different things to different people.

Vent to someone who will really listen at HARK!

Participants can choose to either rant about anything for one minute or answer a set of questions asked by the listener.

Get ready for some November fun!

Behind-the-scenes: How your kid's teacher plans and pays for Tucson field trips

Two University of Arizona organizations are hosting a local version of the worldwide protest SlutWalk on Thursday.

Watch movies with your feminist friends at the UA

If you're a feminist who enjoys watching movies with like-minded people, check out Feminist Film Fridays at the University of Arizona's Women'…

Find inspiration, creativity and empowerment at this Tucson arts center

They call it the castle.

A giant expo for teen girls is coming to Tucson

A day with the girls can change your life.

As a child, Joan Jett was told girls don't play rock 'n' roll. This badass/trailblazer/rebel has been proving them wrong ever since.