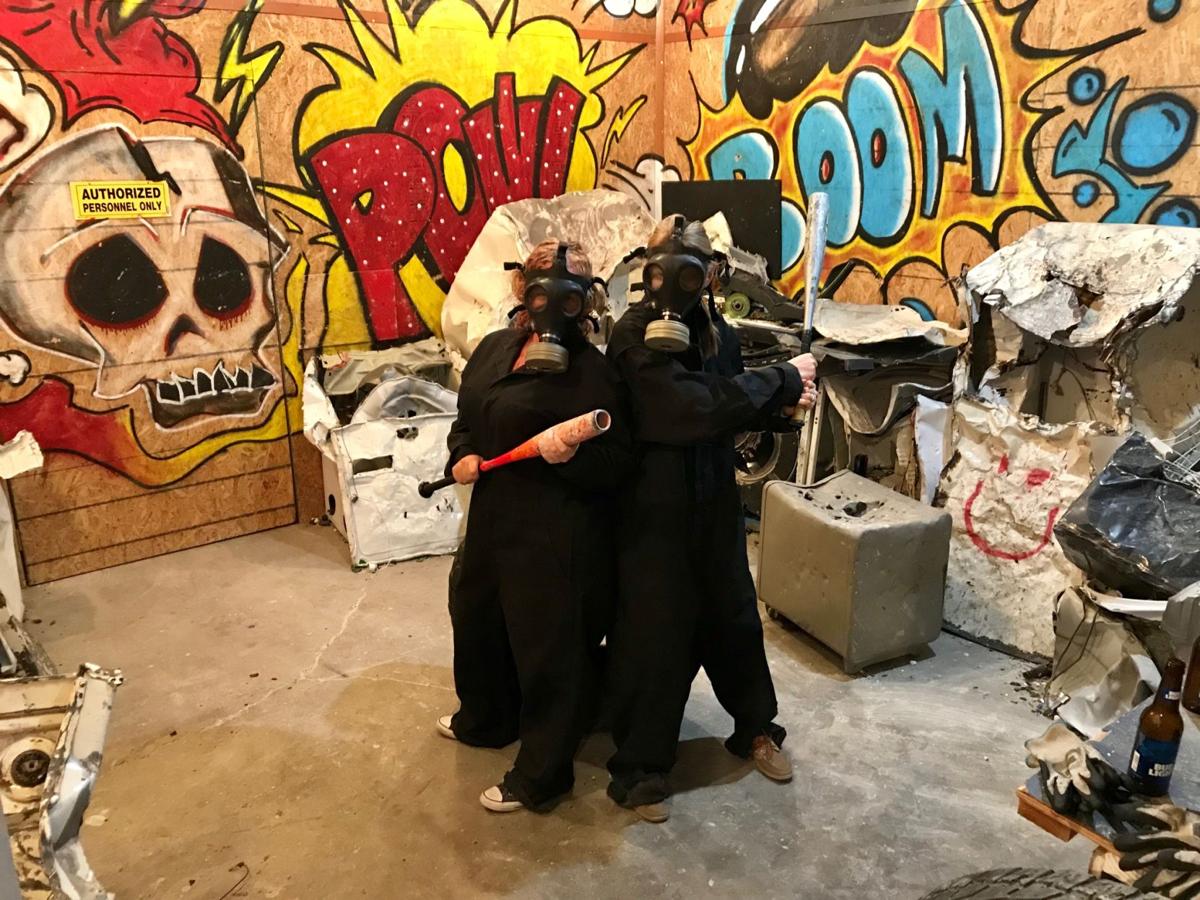 Angela Pittenger, left, and Johanna Willett suited up and ready to rage at The Breaking Point. 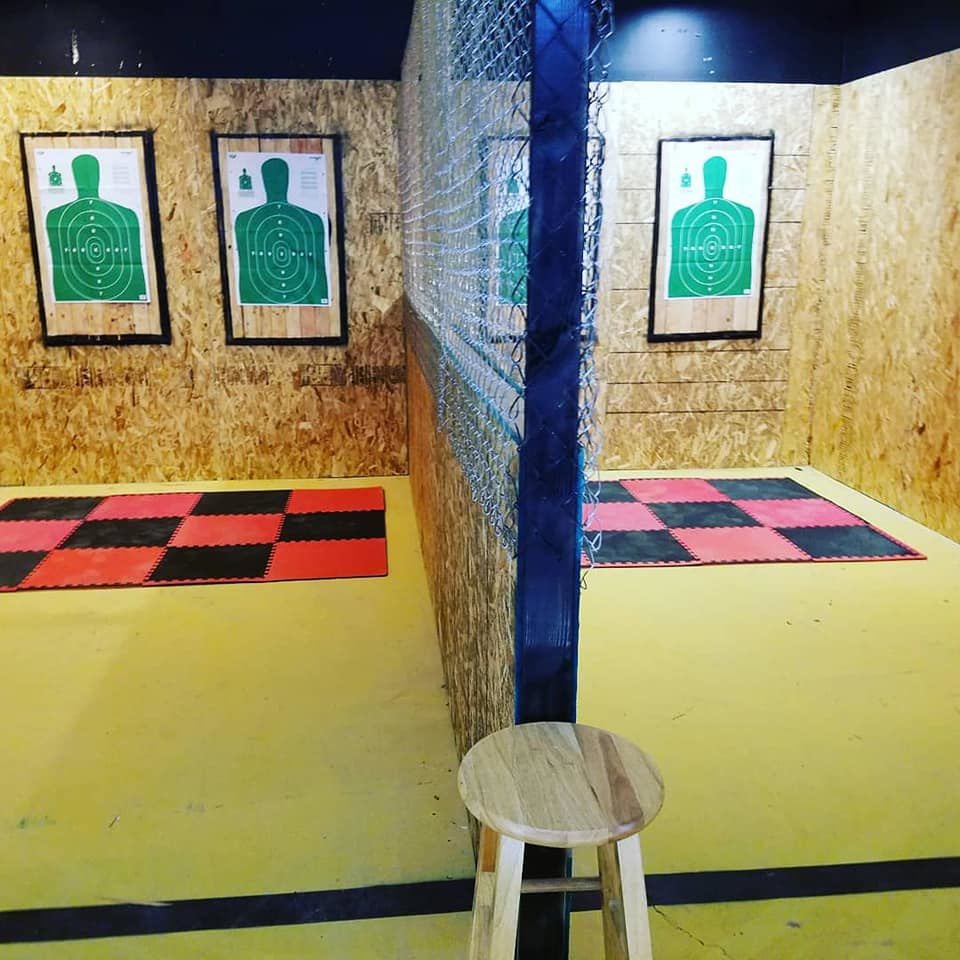 The ax throwing room at the new location of The Breaking Point. 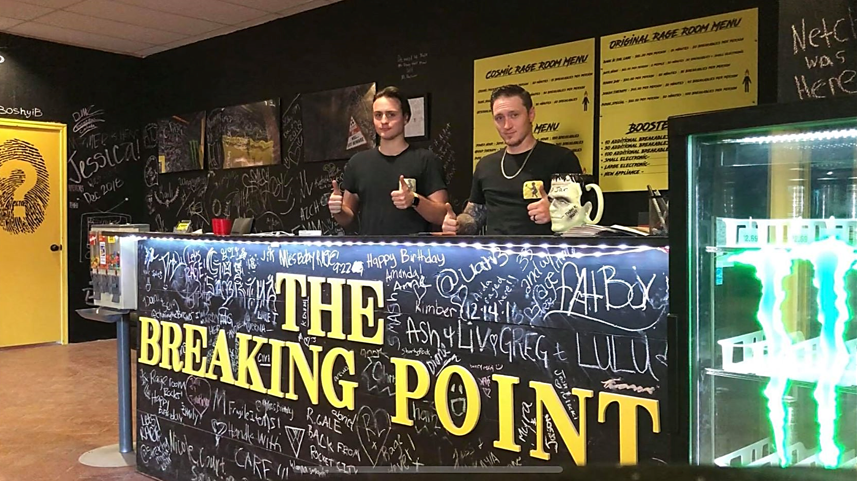 Connor Franulovich, left, and Ian Franulovich co-own The Breaking Point, which recently moved to a bigger space near the Park Place mall.

You can now break stuff and release your rage in a bigger space.

The Breaking Point, Tucson's only rage room, has moved to a bigger location, 5740 E. Broadway, near Park Place mall.

The rage room is a fun concept that made its way to Tucson last year. (Read our story here) It's basically a room built for destruction. You pay to go in and break, hit, throw and kick things to release all of that pent-up frustration. The company recycles old electronics, glass bottles and anything else that would be fun to smash.

The old space, which was about 1,000 square feet near Broadway and Campbell, was getting too cramped, said Ian Franulovich, who co-owns the business with his brother. So, they got a building with 4,300 square feet to accommodate their big ideas.

"We got a ton of party requests, team building requests and various large group requests and the 1,000 square feet of space became cramped quick, so we decided to take a risk and move," Franulovich says. "With the new location, it gave us space to make our original rage room three times bigger. Our cosmic rage room is also twice as big now."

The size of the rooms isn't the only thing that changed for The Breaking Point, which originally opened last year.

A multi-room escape experience is in the works and should be ready to open in a couple of weeks, Franulovich says.

"We have taken our time and have gone to great lengths to make this a fun yet challenging experience," Franulovich says."

What: The Breaking Point

Cost: Starting at $20 per person

Move over bowling, these ax-throwing ranges are the new thing

Two new ax-throwing ranges are opening in Tucson in the next several weeks.

We raged (sort of) at Tucson's only rage room

We broke bottles and whacked tires.

The Wild West just got wilder.

When it comes to romantic things to do, there are an abundance of them in this area.