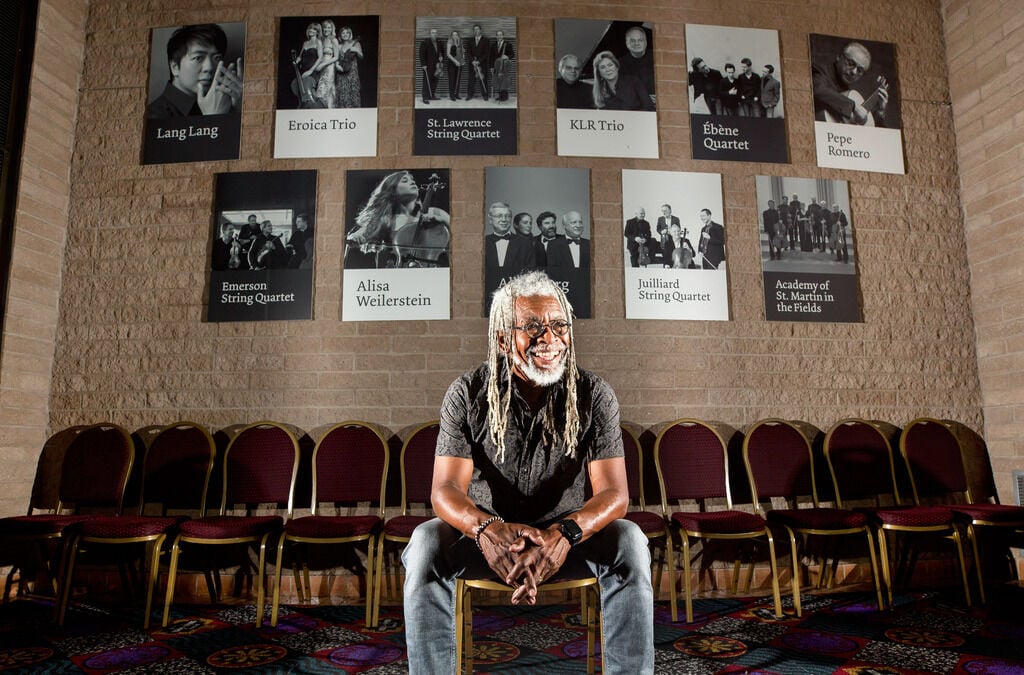 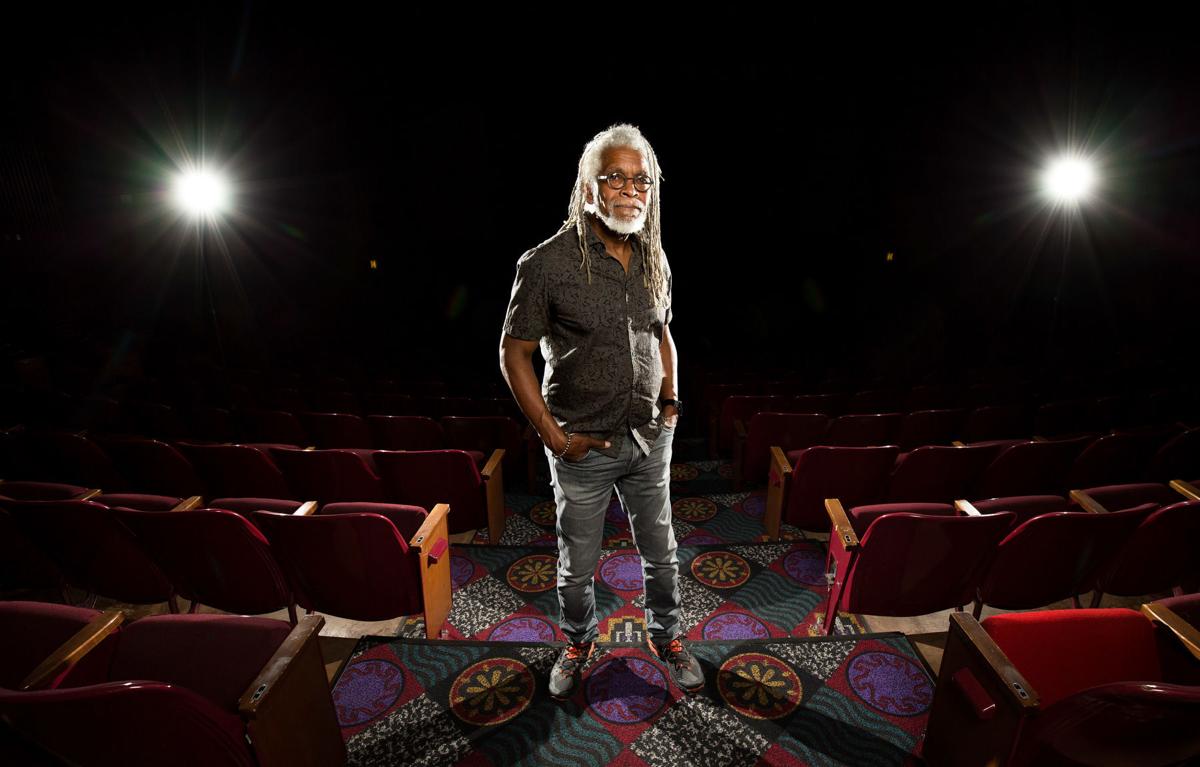 Joseph Tolliver, a philosophy professor at the University of Arizona, is the first Black leader of a major classical music organization in Tucson — the Arizona Friends of Chamber Music. 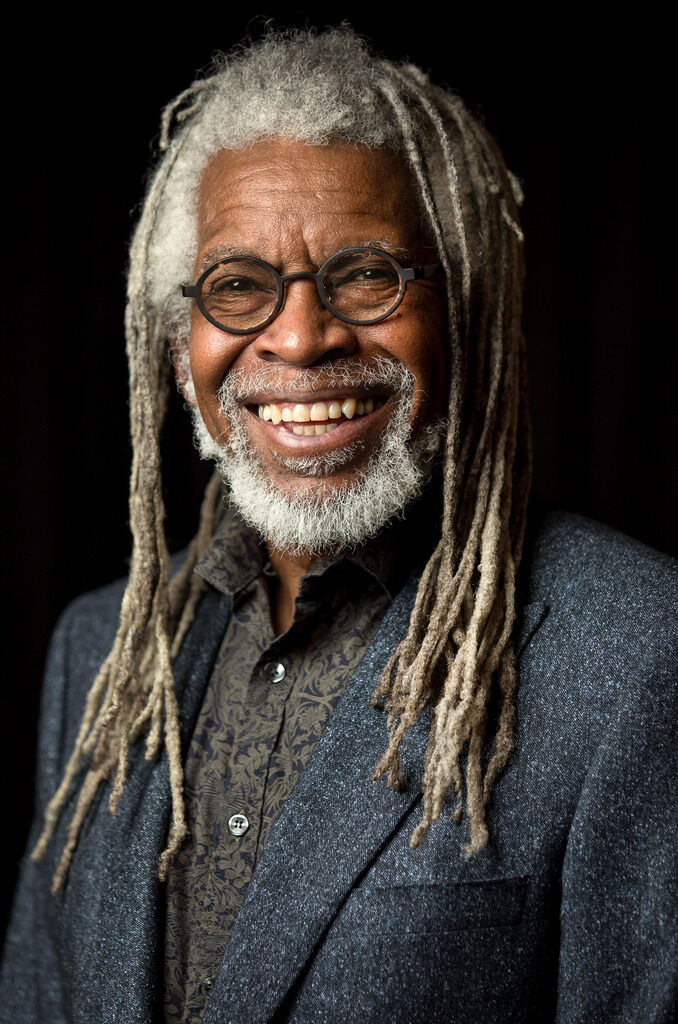 Arizona Friends of Chamber Music in late March tapped a longtime board member to be its next president and in the process quietly made Tucson history.

Joseph Tolliver, the lone Black member of the Friends’ board of directors since 1994, is the first African American to head a major classical music organization in Tucson.

His appointment comes in the middle of the coronavirus pandemic and in the shadow of recent Black Lives Matter protests and social justice unrest that has consumed Tucson and the nation following George Floyd’s death at the hands of Minneapolis police in May.

“I have to realize that amid the chaos of the pandemic could also be the beginning of a new commitment to ending racism in general and ending ... (bigotry) that exists in classical music,” said Tolliver, 70, who teaches philosophy at the University of Arizona.

“I am very happy that we have a Black president who has been there a long time and I think there should be movement in that direction,” said former Friends President Jean-Paul Bierny, who served in the top role for 35 years before stepping down in 2015. “There’s no question about it. It’s part of the general racial movement not just in Tucson, where it has a smallish role because of the small Black population, but in the country.”

Tolliver said he sees his role in part as being an ambassador for chamber and classical music to Tucson’s African American community. It won’t be easy, he admitted.

“I have been the ongoing little element of color in the audience of the Arizona Friends of Chamber Music, and I suppose it is something I’ve gotten used to. Classical music is predominantly a white, upper middle class phenomenon,” said Tolliver, who started attending Arizona Friends concerts not long after moving to Tucson from Maryland in 1987. “And it definitely skews white, especially in the … chamber music performance. For me, it’s been part of what’s been difficult taking over as president.”

Tolliver was introduced to the group by a friend in the UA Philosophy department. After several years sitting in the audience, Tolliver joined the board and was involved in the early days of the Friends’ signature commissioning project, supported by its audience.

Tolliver did not grow up with classical music. He was raised by his mother — his father died in a car accident when Tolliver was 9 — in low-income housing in Akron, Ohio. His music preferences leaned more toward pop and rock music than classical. He did briefly play clarinet in the school band, inspired in part after hearing the Cleveland Orchestra perform at his school.

“I wasn’t very good,” he remembered with a quiet chuckle.

When he went to college at Ohio State in the early 1970s, Tolliver took along a portable record player and a copy of Leonard Bernstein’s recording of Beethoven’s Fifth Symphony with the New York Philharmonic that he bought in high school.

“I had a fringe leather vest and sandals and tie-dyed jeans,” he said. “I listened to a pretty wide variety of music when I was in college. Classical, country, rock, pop. Just about everything other than Chinese opera.”

And while he was becoming more of a fan of classical music, Tolliver also was witnessing his first taste of social activism with the Kent State massacre in spring 1970. Ohio State National Guardsmen opened fire on Kent State University students peacefully protesting the Vietnam War, killing four and wounding nine. The killings sparked mass demonstrations throughout the state and country, including at Ohio State, and stuck with Tolliver.

“Black people have been attacked and killed in this country out of fear and hatred for as long as I’ve been alive and little to nothing has been done about that fact especially when it comes to police shootings,” he said. “It is a (frightening) experience to live in a society where those charged with keeping law and order kill Black people with impunity.”

A lot of what is happening today surrounding the Black Lives Matter protests reminds Tolliver of how he felt during his early Ohio State days. But this time feels different, he said. It’s not going away as protests in the past have; this one has become a sustainable movement.

“Something has happened that has made an impression on what America is,” Tolliver said. “People have had to sort of look at what has been done in their name in this country and either accept it or reject it. Not many have been able to live with such things done on their authority.”

The movement has had America soul-searching every aspect of society including the arts and classical music, which is predominantly white, from the performers to the repertoire.

“We are part of a wonderful thing, a wonderful artistic community and while we are a small group, we have to commit ourselves to not just bringing high quality music to Tucson but to representing that quality in its full variety and commit ourselves to searching it out and exploring the new forms of that quality as it exists in various races and ethnic traditions,” Tolliver said.

His goal for the organization that has brought world-class chamber musicians to Tucson for 72 years is to seek out more artists of color and repertoire from composers of color.

“We have to put pressure on the system and that has to be propagated throughout the system, and it is going to be that systematic effort that will bring about change,” he said. “Maybe this is the ideal time to do it when all of us are sort of trying to find new ways to do the things we do.”

Arizona Friends of Chamber Music earlier this month announced that it will present its 2020-21 season online in response to COVID-19. Tolliver said that tiptoeing into the online model might open doors for future innovations that could lead to more diversity in its artists and repertoire ranks. It also could be an opening for audiences of color who might feel uncomfortable sitting in the Arizona Friends concert hall at Leo Rich Theatre.

But “it’s going to take years,” he cautioned, largely because artists commit their schedules years in advance. “We have to commit ourselves to what we want our concert presentations to look like in another couple of years.”

“Its been one of the delights of my life to have the opportunity to put such great music in front of the eyes and ears of the audience of the Arizona Friends of Chamber Music,” Tolliver said. “I have always felt at home.”

A small group of Tucson middle and high school students learned about self-esteem, budgeting, entrepreneurship and more in the first Girls of Our Own Dreams circle hosted this summer at Boss Women Unite.

Arizona Friends of Chamber Music is taking its next season to the virtual stage. Concerts will be streamed on YouTube (tucne.ws/afcmyt) and Vimeo (vimeo.com/afcm). Tickets for opening night performances that include additional live content are $20, $5 for students with ID, through arizonachambermusic.org. It's $15 to access the performances four days after they premiere. Note: Admission to the Nov. 7 and 14 performances with local ensembles is free, although donations are accepted.

The Pima County library is open for limited services but you can still do things like check out telescopes, seeds, get homework help and get personalized book recommendations.

Dancing in the Streets Arizona is a nonprofit ballet studio in South Tucson that makes ballet dance classes affordable and accessible for Tucson kids, especially those from at-risk communities.