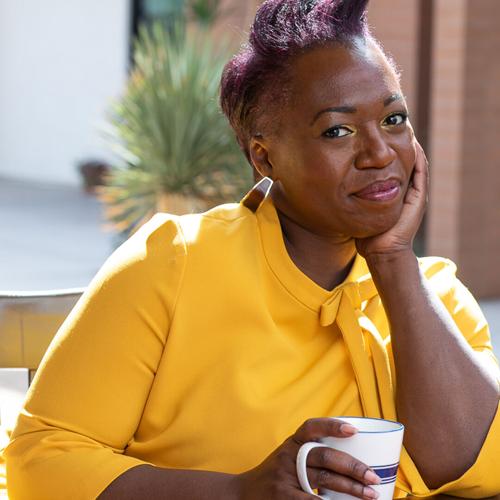 Adiba Nelson's memoir "Ain't That a Mother" was released on May 3. 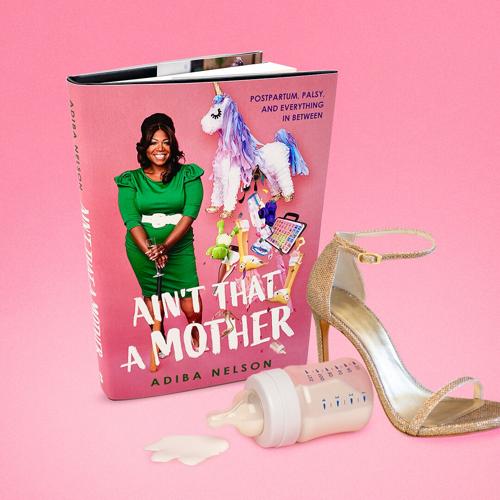 "Ain't That a Mother" by Adiba Nelson is more than a journey through parenthood.

There are two ways to write a memoir. The first approach is the safest: the writer censors out the darkest bits of their story in the name of preservation — their own and the reader’s. This method, in my humble opinion, rarely produces a book worth reading.

Then there is the second method, the one courageously selected by longtime Tucsonan Adiba Nelson, the no-holds-barred approach. Truth to paper. Zero B.S.

“Ain’t That a Mother: Postpartum, Palsy, and Everything in Between” is unfiltered, candid and clearly written directly from Nelson’s heart. As the title alludes, this is the story of Nelson’s journey through parenthood, but it’s more than that. The 30 years of life that Nelson lived before she, an Afro-Latina woman, gave birth to Emory, now a teenager, could stand alone in a book of its own.

Blend Nelson’s early years with the responsibility of raising a child with high medical needs and all the hurdles Nelson has leaped and tumbled over — childhood trauma, divorces (plural), infidelity, married fiancés, spiritual battles, miscarriage, housing insecurity, financial challenges and performing burlesque in front of her own minister mother — and you have one heck of a true story.

Tucson book lovers, it’s quite the experience to read a bold memoir by someone you may know in passing. Nelson went to high school right here in Tucson. She has lived here her entire adult life, save for a four-year stint in Texas. You may have seen Nelson’s Ted Talk. You may have passed by her in a grocery store, Emory gliding by her side in a power chair. You may have even seen her shaking her booty in a burlesque show at Club Congress. Nelson is one of us.

Yet even for the Tucsonans who believe they know Nelson’s story, they don’t. You don’t. I didn’t.

The bright pink cover of “Ain’t That a Mother” — with Nelson herself prominently featured, glass of champagne in hand, surrounded by leg braces, fancy shoes and child’s playthings — well represents the humor you can expect from her telling of the 40-some years she has lived, the ones that pushed her to embrace her current mantra. Here’s one she shares in the book: “If the table is set, and you are seated, your plate remains empty, regardless of how long you are sitting there, get up, leave, and make a table for yourself.”

When you open the pages of “Ain’t That a Mother,” it feels like you are settling in with Nelson as an old friend, having a drink together while she puts it all out there.

What the book cover doesn’t reveal are the parts of the book that will gut you. The severe delivery method Nelson is forced to execute when her daughter has a seizure. The raw and real look at Nelson’s experience with postpartum depression. The enraging, unfair treatment her daughter received from an unnamed preschool located right here in Tucson.

But Nelson flawlessly balances her uninhibited writing style with a self-aware, comical outlook on life that makes this the type of memoir that sticks with you. The kind that transforms you, the reader. “Ain’t That a Mother” will change you. It will soften you in some places and fortify you in others.

I have crossed paths with Nelson many times. In fact, we discussed this very book when she was writing it — long before she had a book deal, a publisher and other exciting things in the works.

And I thought I had Nelson pegged, in a respectable way. I admired her. She is a single mother, raising a child with high medical needs in an area that offered little community. She self-published a children’s book my kids beg me to read daily. She radiates strength and has an air about her that silently communicates she’s not to be messed with. Nelson was already a hero in my mind, long before I held her story in my hands.

But two chapters into “Ain’t That a Mother,” I realized that I was wrong to think I already knew her story. In the words of that early 2000s MTV series, “Diary,” “You think you know... but you have no idea.”

I’m glad I know now because Nelson is not an anomaly. Nor is her daughter. I’m willing to bet that right here in Tucson there are other mothers facing, and overcoming, one impossibility after another, much like Nelson. Nelson gave me a priceless gift with this memoir: perspective.

I hope you grab a copy and let her share it, and a few belly laughs, with you too.

“Ain’t That a Mother” is now available. A book launch party is taking place at Locale Neighborhood Italian Restaurant, 60 N. Alvernon Way, at 6 p.m. Friday, May 6. Special guest Stephanie Troutman-Robbins, the department head of Gender and Women’s Studies at the University of Arizona, will also be in attendance.

For more information about “Ain’t That a Mother” author Adiba Nelson, visit thefullnelson.net or her Instagram page.

Books, blogs and burlesque: This Tucson badass does it all for her daughter

She wrote the picture book "ClaraBelle Blue" for her daughter.

We read ‘Black Cake’ under Tucson’s sunny skies. Here’s what we thought of the new book

Enjoy Charmaine Wilkerson’s debut novel "Black Cake" under Tucson's sunny skies — in your own backyard or a place like The Boxyard along Fourth Avenue.

Book reviewer Genevieve Dahl chats about Sonali Dev's novel "Incense and Sensibility" and where to find a meal similar to the one that the main character loves. Hint: It's at Tucson's own Berry Greens.

Pack up the tissues, the SPF, and the H2O. 'Pack Up The Moon' is the summer read you’ve been looking for