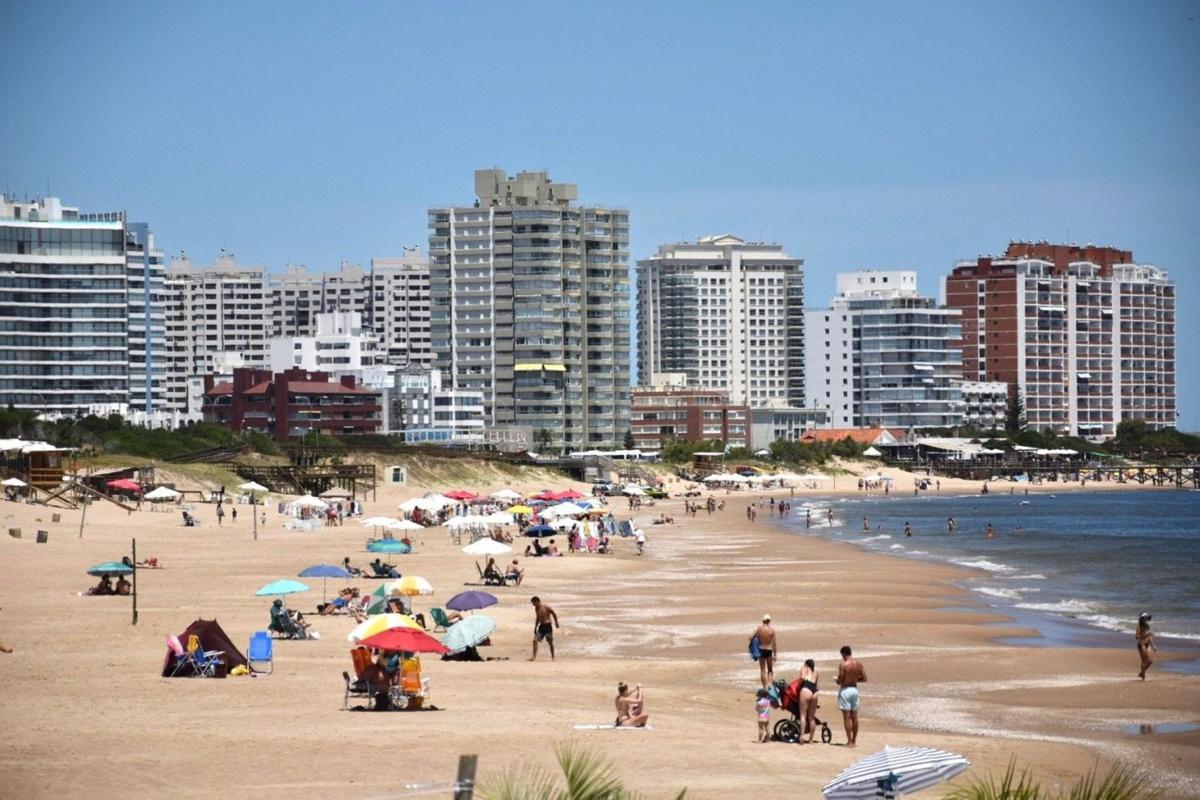 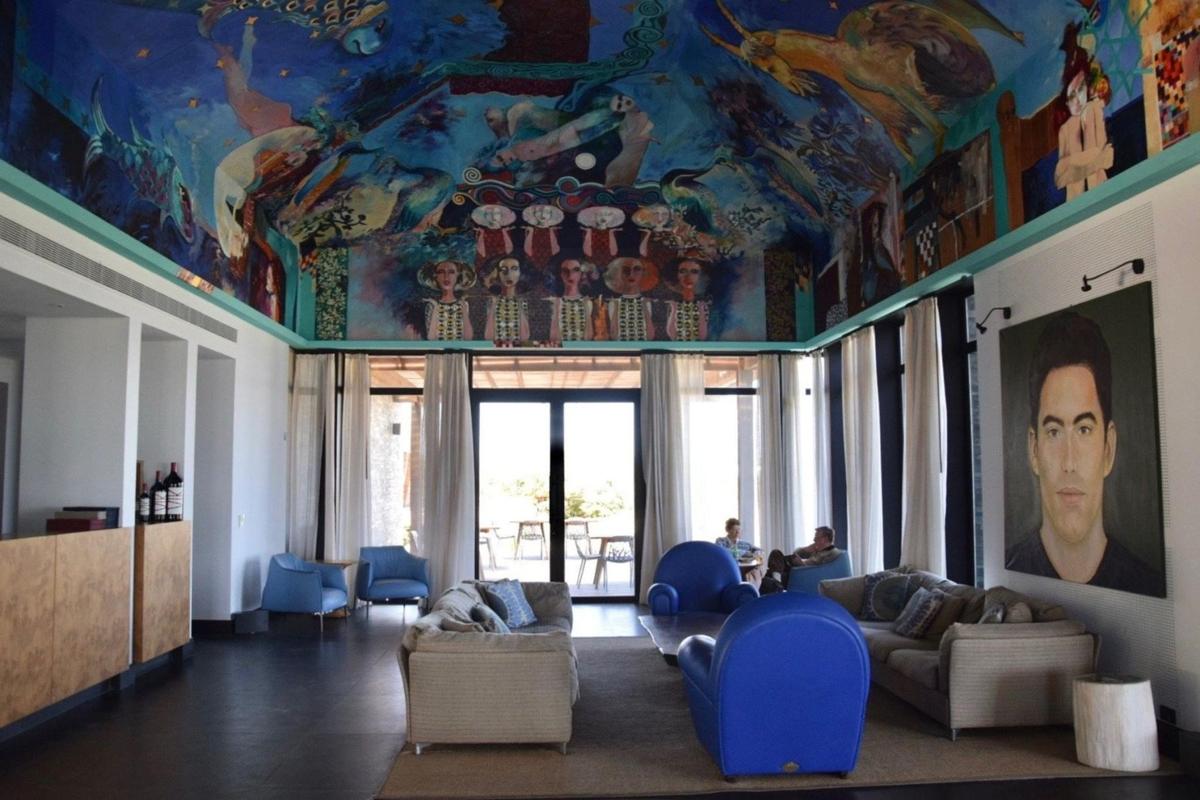 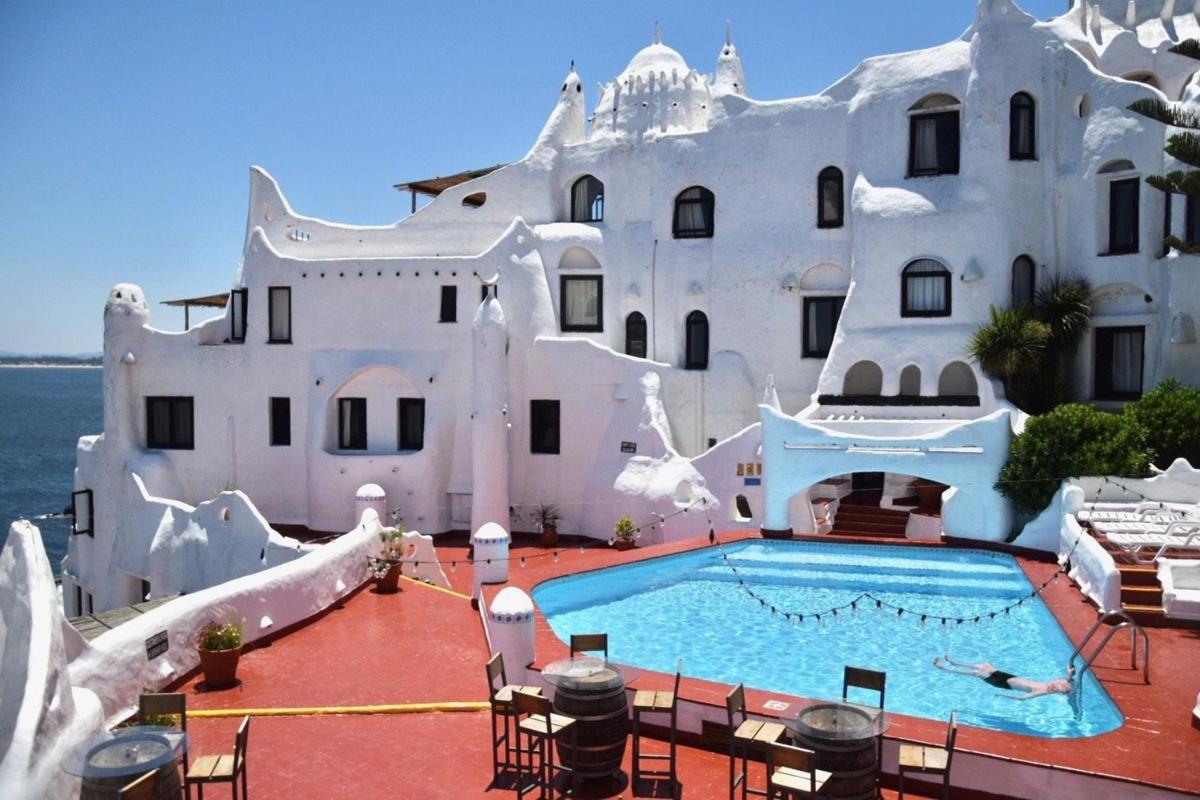 JOSE IGNACIO, Uruguay - The former home of artist Carlos Paez Vilaro, now a labyrinthine museum and hotel called Casapueblo, has a way of confusing visitors. Perhaps it's the Gaudi-esque architecture and Santorini color palette that make you believe, for a fleeting moment, that you're far away on some Mediterranean shore when you're really in Uruguay.

This stretch of the Uruguayan coast from Punta Ballena to Jose Ignacio often confounds those who expect South America to be undeveloped, underprivileged or troubled. Here, it's none of those things.

I've lived in South America for half a decade and, over the years, heard countless tales of the ritzy beaches that curve along the Atlantic east of Uruguay's capital, Montevideo. Why, I wondered, had so many South Americans made the continent's second-smallest nation their summer playground? And why were an increasing number of U.S. celebrities following suit? The intrigue festered until I finally booked a flight to see for myself.

The road east of Casapueblo skirts an endless gold-sand beach all the way to the coast's largest resort town, Punta del Este, where even The Trump Organization is (four years behind schedule) aiming to get in on the action in 2020 with a 25-story, 156-condominium Trump Tower.

With pulsing beach bars and glassine apartment blocks fronting the emerald sea, it's easy to see why Punta del Este has built a reputation as the Miami of South America. Its star power is so strong that Brazilian supermodels and Argentine movie stars flock here as much to relax in their seafront condos as to be captured by paparazzi doing so.

There are a handful of chic galleries set back from the sea that come alive each year during Este Arte, one of South America's top international art fairs. Yet the most popular attraction is a piece of public art from Chilean sculptor Mario Irarrazabal, which depicts a hand partially rising out of the sands of Brava Beach.

I stop for a quick lunch not far from its jumbo-sized fingers at I'marangatu, one of the see-and-be-seen restaurants, where I dine on grilled octopus and fresh mussels from Isla de Lobos, an island visible on the horizon that's home to the largest sea lion colony in the Western Hemisphere.

La Barra, with its white-washed homes draped in bougainvilleas, is the next resort as I continue eastward. Thirty years ago, this coastline had little more than a few humble fishing villages. Now, thanks to new bridges that leapfrog its myriad lagoons, development has crept ever farther from Montevideo with investors (mostly from Argentina and Brazil) capitalizing on Uruguay's perennial stability in a rocky region. Nowhere is this development more apparent than Jose Ignacio, where beachfront properties sell in the millions of dollars.

Jose Ignacio manages to be moneyed without ever feeling snobby or staid. Shabby chic is the overarching aesthetic. There are no shopping malls, nightclubs or condos. The roads are largely unpaved, the cottages are unassuming, and it's perfectly fine to walk barefoot into the town's most popular eatery, La Huella - that is, assuming you've made your reservation weeks in advance.

This air of carefree elegance has led stars such as Shakira to purchase a home here, while big-name U.S. visitors include Mark Zuckerberg, Leonardo DiCaprio and Katy Perry, who can stroll the wind-whipped beach in relative obscurity.

If there's one person responsible for placing Jose Ignacio on the international tourist map its Norwegian-Uruguayan businessman Alexander Vik and his American wife, Carrie.

The pair has opened three design hotels in and around Jose Ignacio. Estancia Vik, the oldest, caters to polo players and gaucho wannabes hoping to live the life promulgated by Ralph Lauren ads. Sleek Playa Vik, the second property, lies beneath a "living roof" of native plants on a knoll at the edge of town, while the themed bungalows of Bahia Vik take advantage of their prime setting along Jose Ignacio's calmest stretch of sand.

All Vik properties share a common theme: contemporary Uruguayan art. They showcase the works of luminaries such as sculptor Pablo Atchugarry and painter Carlos Musso in a way few museums in the country could afford to do.

"I like for people to live with art as opposed to collect or invest in art," Vik explains of the statement pieces that line the lobbies of his hotels. Many rooms, particularly at Bahia Vik, were made in collaboration with local artists to "add a dimension that is both stimulative and engaging."

From the patios of the Vik properties to the open-air cafes such as Solera in town, everyone in Jose Ignacio seems to be dressed in flowing white linen and tossing back glasses of rose as if to coax the setting sun into lingering a few minutes longer. Turns out, all that wine comes from just 11 miles away at Bodega Garzon.

This winery, I learn the next morning, is nothing if not ambitious. Owner Alejandro Bulgheroni essentially created his own 524-acre wine region in a part of Uruguay where few would've dared to grow grapes.

"It was a big risk as there was no wine being produced in this terroir," Bulgheroni recalls. "But when the first bottles came out in 2010, and they were good, we began constructing the winery," which opened in 2016. Now, some 20,000 tourists each year flock to Garzon to tour the striking facility and taste bottles that are changing perceptions of Uruguayan wine.

There are four cows for every human in Uruguay, which is a good thing because the population eats more beef per capita than anywhere else on Earth. Perhaps that's why one of the world's most famous grill masters, Francis Mallmann, has built a home, hotel and restaurant minutes from the winery in the five-block cow town of Pueblo Garzon.

The Argentine chef (who has an Uruguayan mother) has made a name for himself for his primal style of slow-roasting foods with fire, air, stones, smoke, salt, oil and little else. Ever since he graced the first season of the Netflix show "Chef's Table," he has garnered a legion of fanboys around the world, myself included. To find him cooking in an old general store in this dirt road gaucho town was like watching a Western movie set come to life.

I devour salt-baked corvina fish, then fire-roasted tenderloin tournedos draped in chimichurri - all the while musing about how the meal is the perfect encapsulation of my trip. The plates were sumptuous, yet unpretentious, while the setting was elegant, in part thanks to its rustic charm.

Sure, Punta del Este may have been a bit flashy, but on the whole, this moneyed Uruguayan coast had managed to temper its good fortune in such a way that even a humble freelance journalist could feel welcomed to the party. And isn't that what we all crave? To feel like a celebrity even when we're driving barefoot down dirt roads covered in sand.

(Mark Johanson is a freelance writer.)

It is also celebrated in Canada and Britain. Philadelphia's National Constitution Center celebrates the anniversary of the 15th Amendment with an entire month of programming, including "The Road to Freedom," an interactive program that examines slavery, key events and important historical figures from the time of the Constitutional Convention to the Civil...

Follow the footsteps of 'Little Women' on a pilgrimage in Massachusetts

A rural New England cemetery is not where you'd expect to spot four-time Oscar nominee Saoirse Ronan and other Hollywood A-listers on a crisp autumn day.

Travel Solutions: Are we stuck after a down payment on a Palladium Travel Club membership?

Q: We visited the Grand Palladium Jamaica Resort & Spa recently. It was our second trip and we thought we would be returning year after ye…

AAA announced it has overhauled its highly acclaimed AAA Diamond Program by replacing ratings with designations. For hotels and restaurants seeking the prestigious Diamond designation, the properties will need to be analyzed by professionally trained inspectors using member-driven criteria. The updated system eliminates unverified and biased ratings. One and Two Diamond hotels and restaurants ...

Yosemite's 'firefall' glow is a no-go, but you may still see a great sunset on El Capitan

When I took my first solo trip to Europe in 1973, I must have kept my parents on the edge of their seats. The day after my high school graduation, I headed to the airport, accompanied only by a good friend, a rucksack, and a youthful sense of adventure. Throughout the months-long trip, the only way of communicating with my folks back home was through postcards, since...