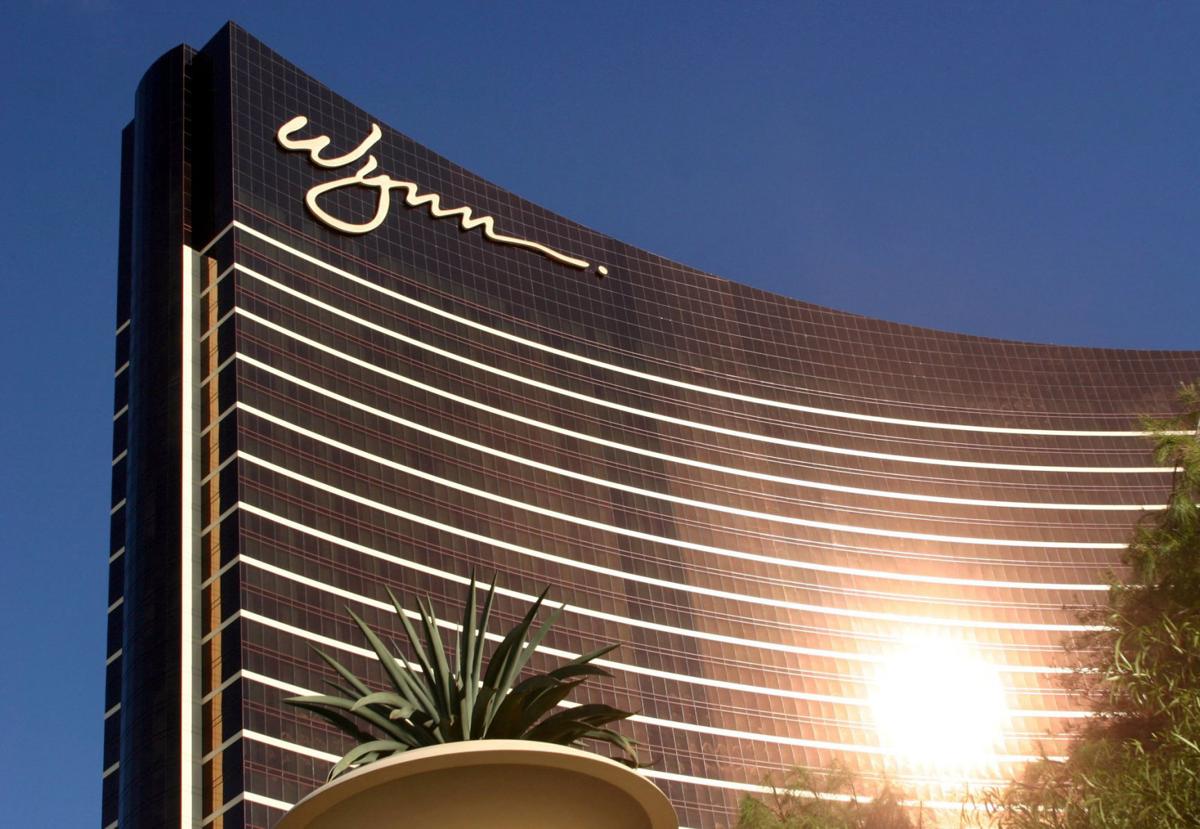 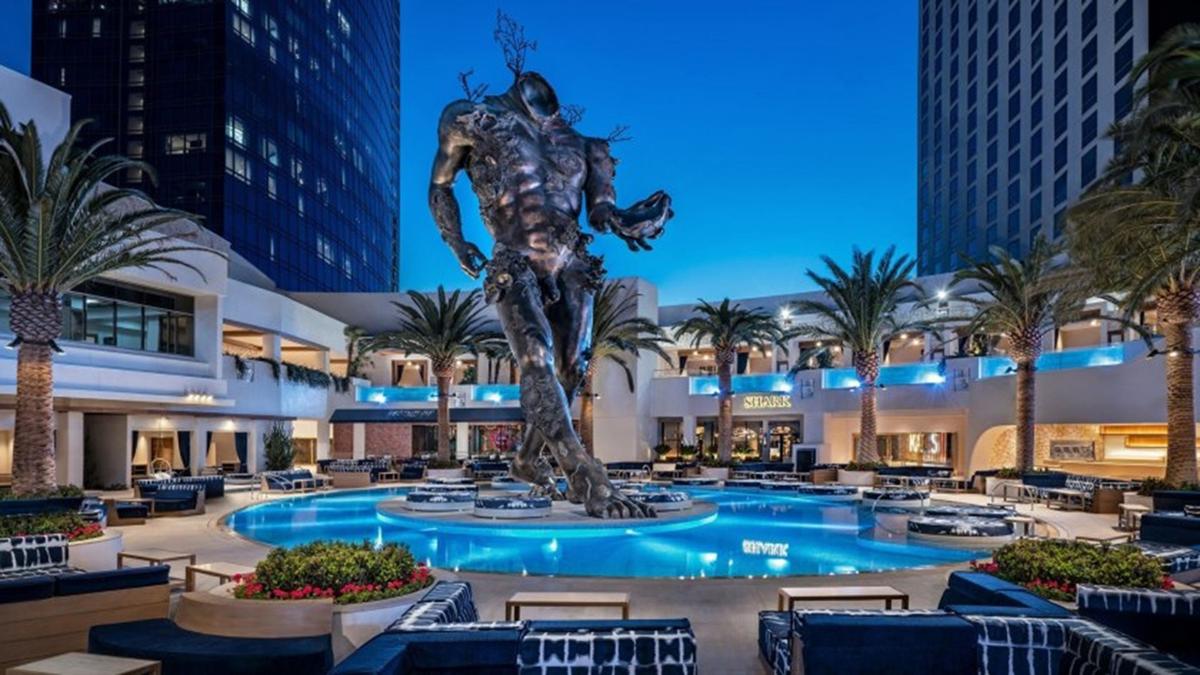 Las Vegas is all about the new, but some places disappear, fading away quietly or exiting with a bang. Travelers who have a favorite dining spot in Vegas would do well to check in at Eater Las Vegas' comprehensive list of 2019 restaurant closures.

Here are some of the highlights and other things you can expect to miss (and one thing you won't) in 2020.

- The Red Square Restaurant and Vodka Bar at Mandalay Bay. Some visitors may lament missing out on seeing the headless statue of Russian revolutionist Vladimir Lenin. The statue was so unpopular when the site opened in 1999 that the owners lopped off the head and stored it in the bar. That didn't stop former Soviet President Mikhail Gorbachev from stopping in back in 2004. Red Square offered a caviar menu, which included Siberian black sturgeon and a special reserve beluga. The Vegas site closed in November. A second Red Square operated in Atlantic City, N.J., from 2007 to 2012.

- Kaos club at Palms Casino Resort. The big news for the Vegas club scene was the abrupt shuttering of Kaos, the massive amped-up nightclub and day club that opened in April, promising A-list performers such as Cardi B and DJ Marshmello. It may have been big talent expenses that doomed the site at the Palms Resort.

KAOS signed DJ Marshmello to "an unprecedented $60 million two-year residency, abruptly dropped the deal, and then ... announced it would be shuttering entirely," Rolling Stone magazine reports. It closed in November. That looming Damien Hirst statue in the pool area? It's not going anywhere.

- Donny and Marie at the Flamingo. The Osmond siblings' show was so popular that the resort named its performing space after the duo. Eleven years later, the pair decided to call it quits on their musical show. Each wants to pursue new projects - and that's only fair. But we'll miss live performances of "Puppy Love" and "Paper Roses." And Donny and Marie aren't the only headliners who will be gone in 2020. Pop star Celine Dion also called it quits in June after 16 years at the Colosseum at Caesars Palace. Yep, it was teary too.

- Hard Rock Hotel Las Vegas. Say buh-bye to the casino-resort that once cornered the market on hip. The giant guitar sign has already been dismantled and shipped to the Neon Museum. The hotel will close officially on Feb. 3 - so go quickly for one last stay. After closing down, it will reopen later in 2020 with a bold red and white decor as the newest Virgin Hotel.

- D Las Vegas showroom. The D hotel plans to transform its second-floor performance space and turn it into a sports book. That means long-running shows, such as the "Marriage Can Be Murder" dinner show, "Laughternoon," "Friends! The Musical Parody" and others, will have to find a new home or close. The showroom is set to close Jan. 5.

- Blanc de Blanc at Sahara Las Vegas. The Cirque-meets-burlesque show closed after a three-month run. Its Facebook page says the show is hitting the road and going to Australia and New Zealand. A show with a similarly quizzical name, Fuerza Bruta, also involving acrobatics and special effects, opened in March and lasted one month at Excalibur.

- Umami Burgers and Sprinkles. Umami was set up in the SLS Las Vegas but didn't make the cut when the hotel changed hands. The Sahara, one of the city's most beloved names, took over the resort with a splashy drone-dazzling reopening. Umami is gone, but Beers & Bets, in the same location, lives on. Sprinkles Cupcakes at the Linq is no more. But the sweet shop's website says it will be expanding its Vegas bakeries. For now you can find the cupcakes at several sites in McCarran International Airport and on demand (they'll deliver) online or on the mobile app.

- Andrea's at Wynn Las Vegas. The pan-Asian restaurant closed in September, but the space won't be empty for long. Chef Enrique Olvera of Pujol in Mexico City will be coming in with a contemporary take on Mexican cuisine. Stand by ...

- Carnegie Deli. Forget about that stacked pastrami or corned beef sandwich - the New York City deli will be closing in February. It opened in 2005 at the Mirage. The fabled eatery began in 1937, not far from Carnegie Hall, and closed its landmark Manhattan location in 2016.

- Some parking fees. These fees are definitely on the "won't miss" list. Wynn and Encore rolled back parking fees, bringing free parking back to the twin hotel-resorts. Other hotels, however, still charge.

One of the terrific things about the National Park Service - aside from its incredible duty to serve as the caretaker of America's greatest outdoor spaces - is the annual designation of five days during the course of the year that are free to the public. Those five days have been announced for 2020. - Jan. 20: Martin Luther King Jr. Day - April 18: First day of National Park Week (a weeklong ...