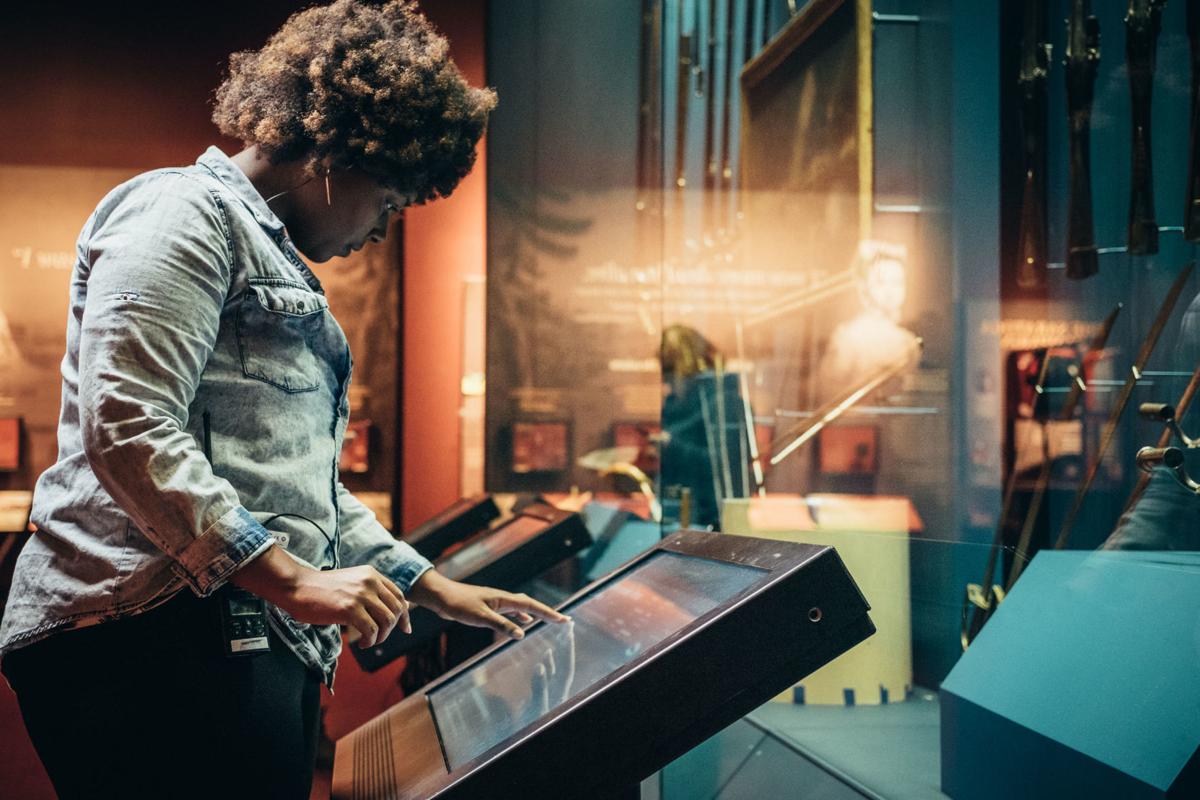 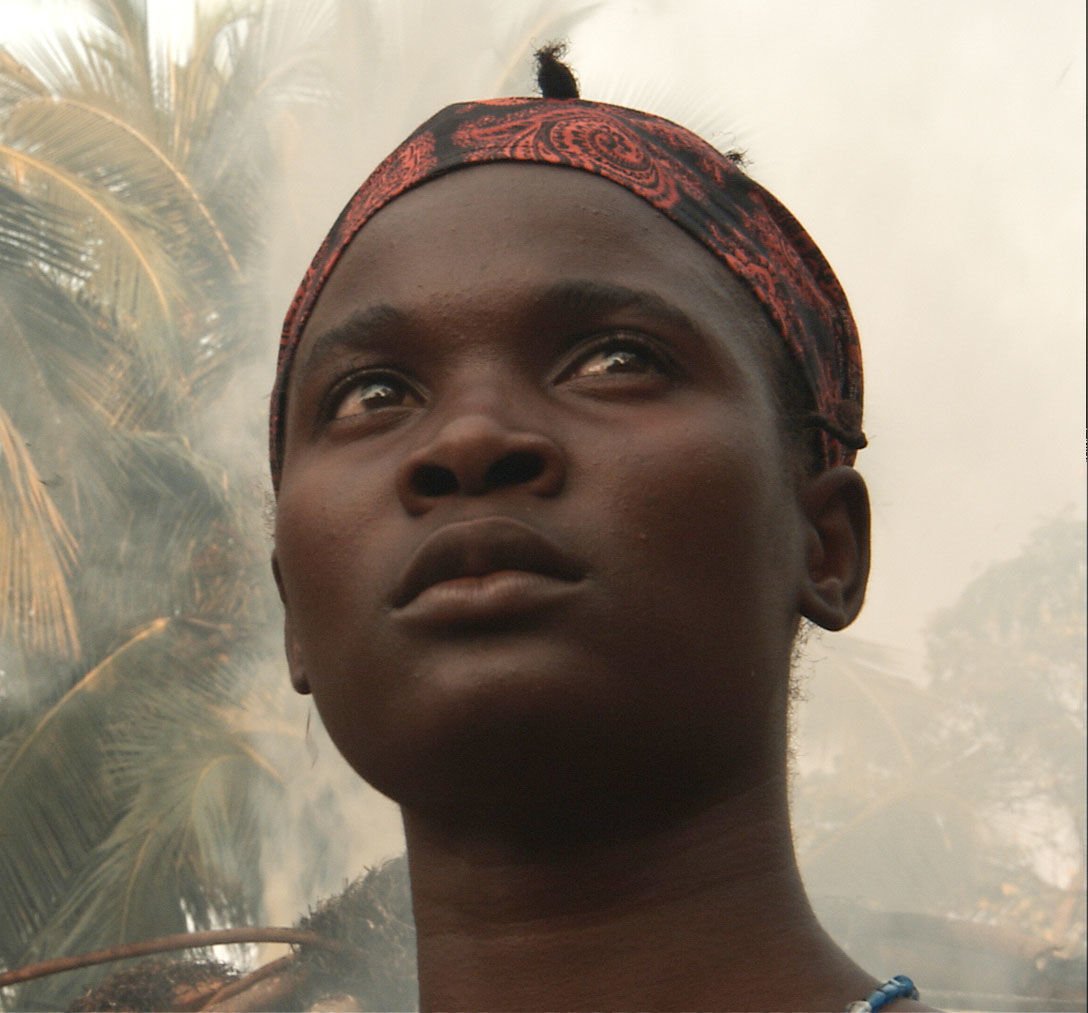 “1607 A Nation Takes Root” film at Jamestown Settlement features the story of Angelo of Angola. 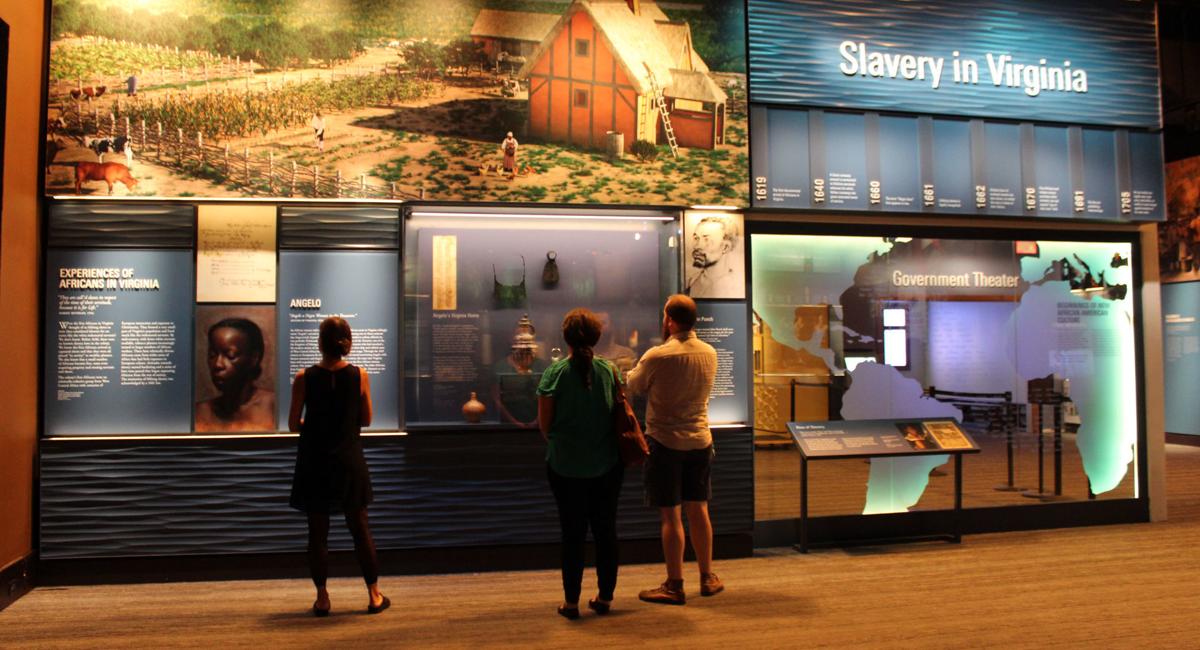 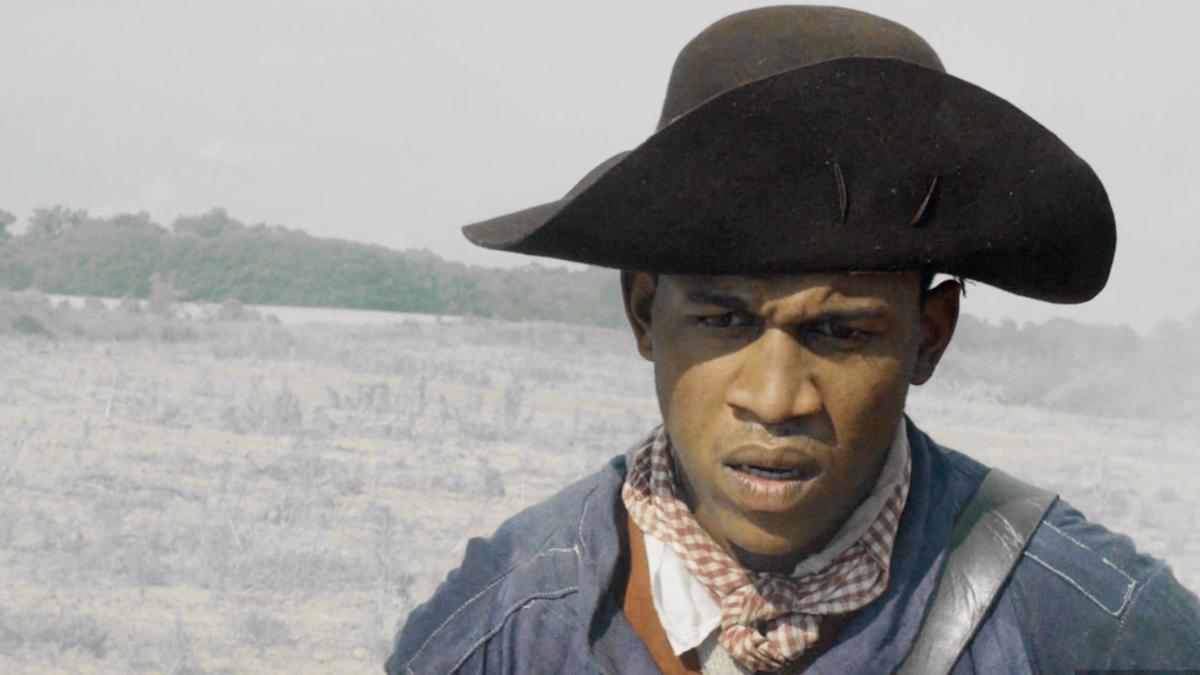 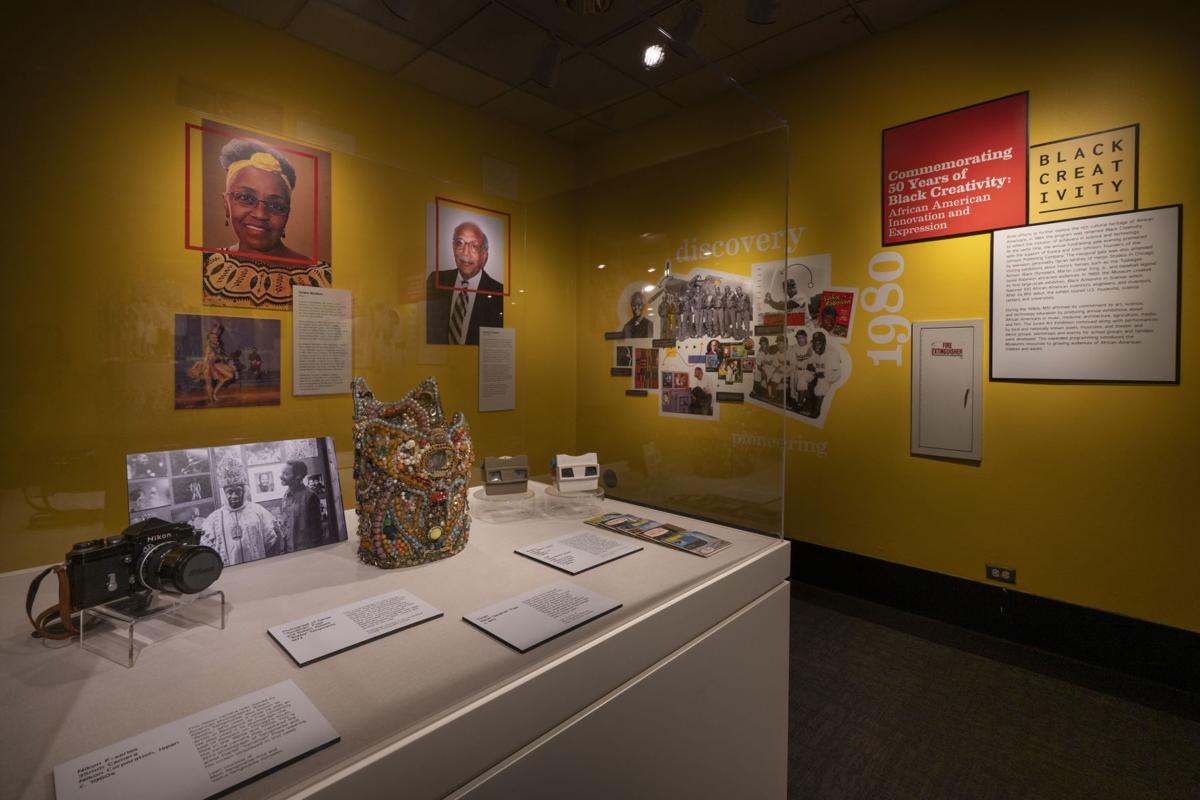 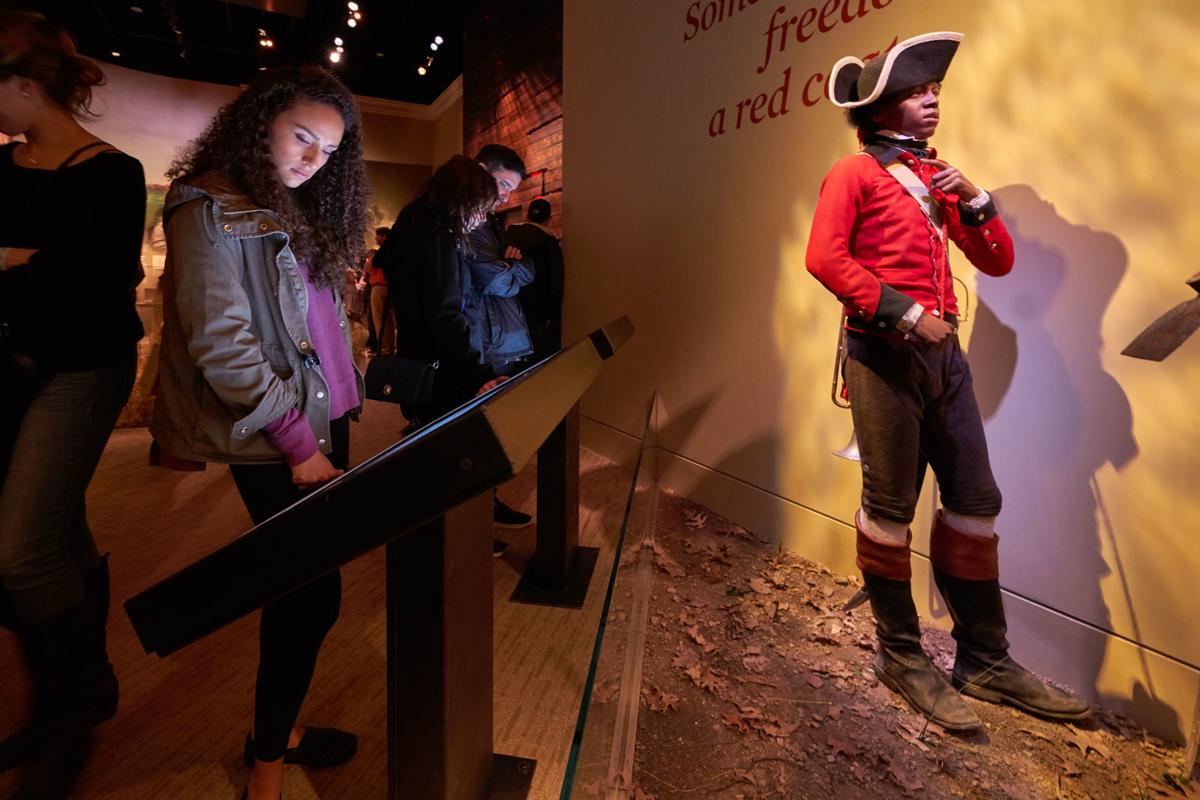 Nearly 100 years ago, in 1926, Dr. Woodson, the son of slaves and a historian and journalist launched the annual February observance of "Negro History Week," which became African American History Monthin 1976 and continues to be celebrated with an ever-growing array of exhibits, festivals, discussions and performances around the country, including in locales and about topics you might not have considered. It is also celebrated in Canada and Britain.

Woodson is said to have chosen February because of the birthdays of Abraham Lincoln and Frederick Douglass. This year marks the 150th anniversary of the passage of the 15th Amendment, which granted African American men the right the vote (to the consternation of women, who didn't get that right until the 19th Amendment was enacted 50 years later.)

Philadelphia's National Constitution Center celebrates the anniversary of the 15th Amendment with an entire month of programming, including "The Road to Freedom," an interactive program that examines slavery, key events and important historical figures from the time of the Constitutional Convention to the Civil War and Civil War and Reconstruction, the first exhibit in the country to explore the amendments to the U.S. Constitution that ended slavery.

In Washington, D.C., visit the Carter G. Woodson Home National Historic Site (NHS) and the Mary McLeod Bethune Council House National Historic Site (NHS). Bethune, also the child of slaves, was an education and activist who founded the National Council of Negro Women and served as president of the National Association of Colored Women. (There is no fee to visit; their homes are open on Thursdays, Fridays and Saturdays and if you are lucky, there will be a special program, like the talks with "Dr. Woodson" Feb. 15 and 29 or a ranger-led walk in the historic African American neighborhoods where they lived.)

There may not be a better place than our nation's capital to explore the contributions of African Americans throughout American history. There are also many black-owned restaurants and chefs in the area to patronize.

Start at the National Mall where the 1963 March on Washington was led by Martin Luther King Jr. (See the spot etched into the Lincoln Memorial steps where Dr. King delivered his "I Have a Dream" speech and then visit the Martin Luther King Jr. Memorial where you'll find excerpts from his speeches and writings etched into the granite. Take in the Rosa Parks: In Her Own Words exhibit at the Library of Congress. Parks' decision on Dec. 1, 1955 to refuse to give up her seat on the bus to a white man was a pivotal moment in the civil rights movement.

Explore the impact of African American entertainers, like Marian Anderson whose historic performance at the Lincoln Memorial in 1939 was a powerful and pivotal moment in the fight against segregation. '‘One Life: Marian Anderson’' exhibit at the National Portrait Gallery runs through May 17.

At the National Museum of African American History and Culture, trace the contributions and struggles of African Americans from the earliest days of slavery to modern times. ‘We Return Fighting: The African American Experience in World War I’, which runs through June 14, underscores the struggles African American military personnel endured after fighting for their country only to still be treated as second-class citizens in America. Their efforts led to the revolutionary civil rights movement.

However, there are many other places to take a dive -- deep or otherwise -- into this topic. The National Park Service is marking this month with a series of new tours, exhibits and digital media reflecting the struggle and resilience of the African American experience, including living history and musical performances.

There are also plenty of places you might not have considered that are celebrating an aspect of African American heritage, including these six:

-- CityPASS grants discounted access to Seattle's Museum of Pop Culture where there is an exhibit dedicated to legendary musician Jimmy Hendrix.

-- Jamestown Settlement and the American Revolution Museum at Yorktown in Virginia ae touting “African-American Cultural Heritage Month” with exhibits that explore the experiences of Africans and African Americans in early America, starting with the first known Africans to land in Virginia in 1619 to the role and impact of African Americans on both sides of the fight in the Revolutionary War.

-- In Chicago, meanwhile, the Museum of Science and Industry’s Black Creativity program is honoring contributions of African Americans in science, technology, engineering , art and medicine with a new exhibit -- and the 50th anniversary of the largest running exhibit of African-American art in the country, the Black Creativity Juried Art Exhibition.

-- Los Angeles City Hall's Bridge Gallery will feature Stand Up: The Art and Politics of Comedy through March 10, a free exhibit, focusing on past and present African-American comedians, club owners, writers and more.

"I have a dream," Dr. King said on the steps of the Lincoln Memorial that summer day in 1963. "I have a dream that my four little children will one day live in a nation where they will not be judged by the color of their skin, but by the content of their character..."

Those children are adults now and that day still hasn't come. Let's hope -- especially this month -- that it's not too far off.

(For more Taking the Kids, visit www.takingthekids.com and also follow "taking the kids" on www.twitter.com, Facebook and Instagram where Eileen Ogintz welcomes your questions and comments. The Kid's Guide to Philadelphia, the 13th in the kid's guide series, will be out this spring.)

Get ready for the summer of the RV

Some folks, well, some folks just like taking matters into their own hands.

Travel Solutions: Why won't Airbnb refund our rental? It promised it would

Q: My husband, son and I were scheduled to stay in an Airbnb in New York City. In March, we had to cancel the rental because of the coronaviru…

Taking the kids: summer travel, or not, in the new normal

Many sailors, families stuck at sea on small boats amid pandemic

In a given year, an estimated 10,000 small boats are out exploring the world's oceans. When COVID-19 brought the world to a halt, these sailors became stuck.

“1607 A Nation Takes Root” film at Jamestown Settlement features the story of Angelo of Angola.