Read Today's E-Edition
Share This
What's going up? Dinner-movie venue on Tucson's east side
Share this
1 of 2 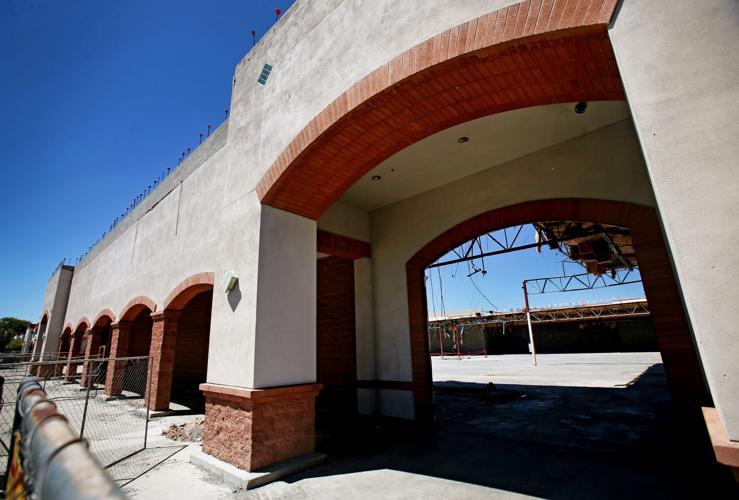 Crews are retrofitting the old Bashas’ grocery store on the southwest corner of Broadway and Houghton Road in the Montesa Plaza.

The theater will have more than 20 VIP lounges and auditoriums.

Galaxy Theatres has leased the 50,000-square-foot space previously occupied by Bashas’ on the southwest corner of Broadway and Houghton Road, in the Montesa Plaza.

A $1.6 million building permit was issued for the construction of more than 20 VIP lounges and auditoriums featuring IMAX films.

The theater is expected to open by the end of the year.

Galaxy is one of the largest dinner movie theater companies in the country with 13 locations in California, Nevada, Texas, Washington and Arizona.

Other construction activity around town includes:

Construction projects are popping up all over town. Maybe you drive past such sites on your daily commute and wonder: "What's that building going up over there?" Send an address to grico@tucson.com and we'll check it out.

Crews are retrofitting the old Bashas’ grocery store on the southwest corner of Broadway and Houghton Road in the Montesa Plaza.

The theater will have more than 20 VIP lounges and auditoriums.