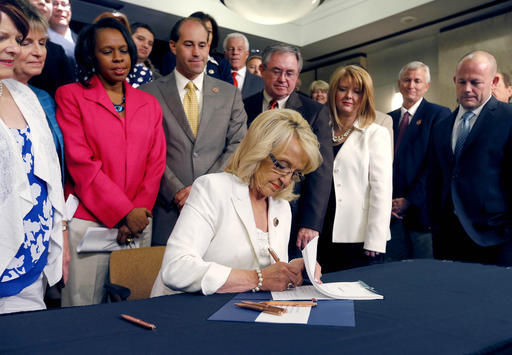 Former Gov. Jan Brewer says signing the Medicaid expansion law in 2013 “was the right thing to do.” 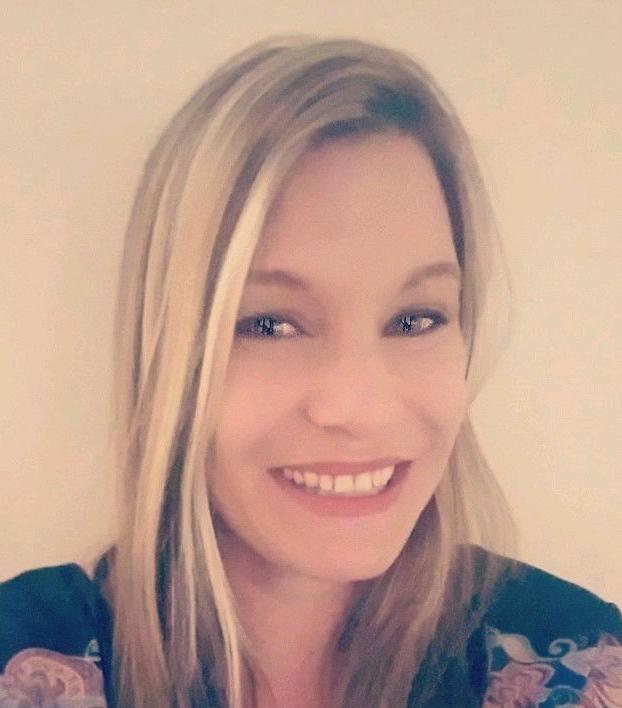 Cassandra Lain, 39, benefited from years of coverage by AHCCCS.

Jan Brewer can tell you about the last time Arizona faced cutting people off of Medicaid.

It was 2011, and Brewer was governor, confronting a massive, post-Great Recession budget deficit.

“We went through really hard times,” Brewer, a Republican, told me Friday.

“At that point in time I had to cut Medicaid. It broke my heart. I never thought I’d have to be in that position, but I did. Then the stories I heard …”

“It was cruel, and it was morally against my better judgment,” she said.

Two years later, Brewer went on to reverse those changes. She pushed a plan to expand Medicaid under the terms offered by the Affordable Care Act, even though most of the legislators in her party opposed it and mounted a rebellion against her. Hard feelings still linger.

“It was brutal, but I have no regrets. It was absolutely the right thing to do,” she said. “More brutal was when I had to take them off.”

Congress is proposing to put us in the same sort of position Brewer was in six years ago. The Arizona Health Care Cost Containment System — AHCCCS, our Medicaid program — estimated it will cost the state $7.1 billion by 2026 to continue existing coverage if the bill proposed by the Senate last week passes and becomes law.

That, of course, is the cost if the state Legislature chooses to try to keep covering the same people under Medicaid who are covered now. The likelihood of that, with the current makeup of the Legislature, is near zero. Instead, we’ll probably be cutting people off of AHCCCS again.

It would not be an exaggeration to say AHCCCS coverage turned Cassandra Lain into a productive citizen. The Tucson woman, now 39, started doing drugs as a teen, after a traumatic childhood, and by her late 20s had her own kids as she flew from high to high.

In 2007, she told me at her office Friday, she started trying to find help. She dialed a number on the back of her AHCCCS card that connected her to Community Partnership of Southern Arizona, then the region’s behavioral health provider.

Lain started untangling the mess of her life through therapy, doctor visits and other treatments. She had periods of sobriety. It was all free to her.

But Lain wasn’t done with drugs. She kept on until state officials took her newborn son away in 2011, because she was doing drugs while pregnant. That’s when she became committed to changing for good.

Lain started attending group sessions at CODAC, her service provider, as part of an intensive outpatient program. In fact, that became like a job: She’d show up at CODAC in the morning and attend groups all day, in part to stay busy and away from drugs. Again, it was free to her. And this time it stuck.

The next year, 2012, she got certified to start working in recovery-support and got a job at CODAC. But she remained on AHCCCS because she still was poor enough to qualify. Finally, after a couple of years, she got promoted and moved beyond the low-income threshold that kept her qualified. Now she’s on her own, working as a supervisor at CODAC.

“I needed those years of therapy,” she said. “The services provided through AHCCCS are extremely effective. You can turn your life around.”

Of course, there are no guarantees anyone will succeed as Lain has, but Medicaid coverage not only gave her a chance, but also allowed her and her kids to have medical care after she got a job, while she was still establishing herself in the workaday world.

This opportunity to reboot a life would effectively be denied to hundreds of thousands of people under either the House or Senate bill. The most likely affected group are childless adults, whose coverage was paid for when the Legislature passed Brewer’s Medicaid expansion in 2013. They are about 400,000 of the 1.9 million Arizona residents with AHCCCS coverage right now, more than 100,000 of whom have substance abuse or mental health problems.

But the cuts probably wouldn’t end there. The Senate bill announced last week changes the way states are reimbursed, capping the growth of spending with the inflation rate rather than simply reimbursing for services provided.

In a fact sheet published Friday, Arizona’s Medicaid program noted: “if AHCCCS expenditures increased by just 0.5% more than the applicable growth rate from 2020 through 2026, AHCCCS’s costs would increase by over $2.0 billion to maintain the current program.”

You can bet that if the Legislature of those years looks anything like the Legislature we have today, they will not choose to “maintain the current program.” They’ll cut services to patients or reimbursements for medical providers, or both. People will lose care.

Gov. Doug Ducey is clearly aware of these problems and seems to want to avoid drastic cuts. But he also must appear to hate the Affordable Care Act as much as the next Republican officeholder.

In a letter to Sen. John McCain last week (attached), Ducey began with the obligatory expression of conservative bona fides: “As you know, I’ve said for years that Obamacare is a policy disaster that must be repealed.” But then he went on to note essentially, that Arizona has a very good, cost-effective Medicaid program that should not be punished for its success in covering people. He recommended four policy changes from the House bill.

These, in turn, would protect the state’s hospitals. That’s because, of course, if the changes pass and become law, and the inevitable Medicaid cuts occur, that doesn’t mean those who lose care will stop seeking services. They’ll just end up in the emergency rooms, sicker than they would have been with health coverage.

“Arizona is somewhat unique, because we’ve already experienced what happens when you roll back eligibility,” Greg Ensell of the Arizona Hospital and Healthcare Association told me. “When it was frozen back in 2011, the hospitals saw a spike in uncompensated care.”

When that figure rises again, that cost will be passed on to other consumers.

As Brewer put it, “There are no free lunches. One way or another, these people are going to be taken care of. They’ll end up in our hospitals, so we’ll be paying for it in higher insurance premiums.”

Experience has shown, and even Ducey’s letter seems to back up, Brewer was right when she pushed through the Medicaid expansion. It has worked, and rolling it back would only hurt us.

Gov. Doug Ducey sent this letter to Sen. John McCain warning him about the possible consequences of proposed changes to the federal Medicaid program.

Climate change will mean new gas plants or more solar production and storage around Tucson. Or both.

If the hospital succeeds, many Arizonans could lose Medicaid/AHCCCS coverage.

State's disproportionate share of older, lower-income adults puts it at a bigger disadvantage under the new Senate plan.

Former Gov. Jan Brewer says signing the Medicaid expansion law in 2013 “was the right thing to do.”

Cassandra Lain, 39, benefited from years of coverage by AHCCCS.