As Christmas approached in 1930, the editor of the Mesa Journal-Tribune had an idea reminiscent of the turkey incident on "WKRP in Cincinnati." (If you're too young, see the video below.)

All he wanted was for Santa to parachute from a plane and then lead a parade. Read below to see how that worked out. 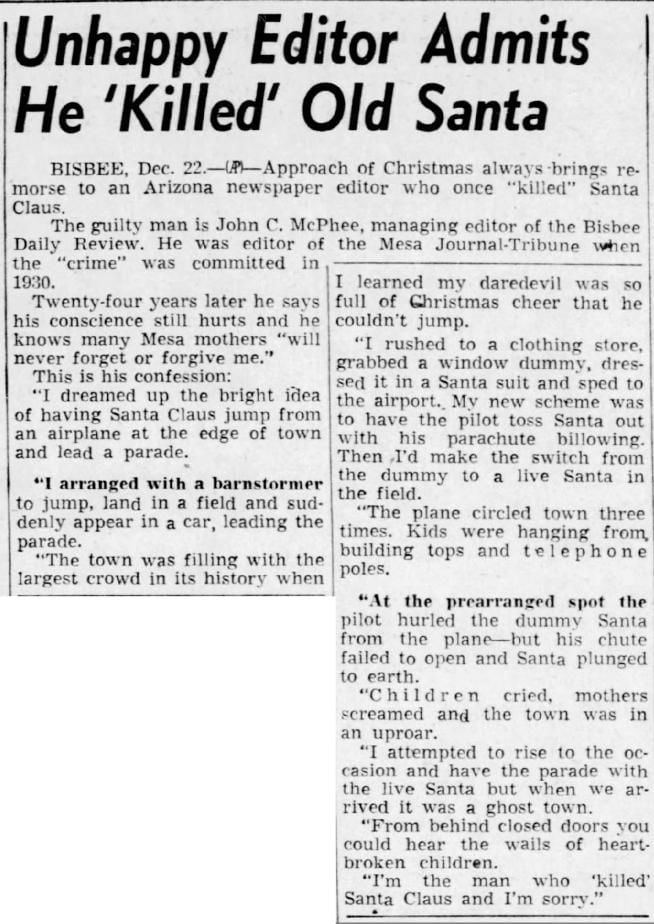 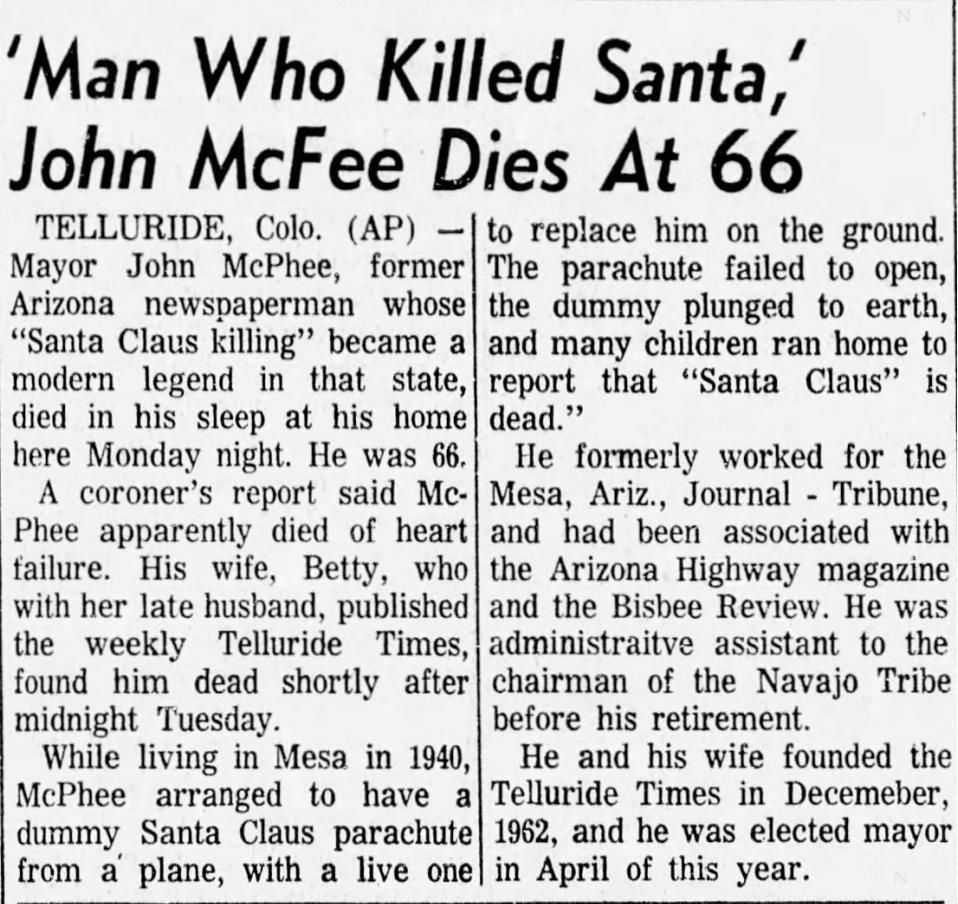 Here is a clip of the TV show referred to above. WKRP in Cincinnati ran in the late 1970s and early 1980s.

Johanna Eubank is an online content producer for the Arizona Daily Star and tucson.com. Contact her at jeubank@tucson.com

About Tales from the Morgue: The "morgue," is what those in the newspaper business call the archives. Before digital archives, the morgue was a room full of clippings and other files of old newspapers.

Many might argue with the old adage that "Crime doesn't pay," but this thief probably agrees that it doesn't.

Tales from the Morgue: The sincerest form of flattery

The crew was honored Tuesday.

Tucson weather: Above average temperatures continue through next week

No sign of rain in the forecast, but cloudy skies are possible.

Study: Tucson the 2nd most dangerous city for bicyclists

Phoenix didn't fare much better, coming in at number 4.

WILLCOX— The National Park Service says it will boost camping fees at the Chiricahua National Monument from $12 a day to $20 per day starting Jan. 1.

This weekend: Flandrau hosting a day of board games with game designer

The Flandrau Science Center at the University of Arizona, the folks who bring you space up close, will host Board Game Day from 10 a.m.-4 p.m.…

Tales from the Morgue: Fashion and etiquette advice from 1898

The fashion and etiquette rules of 1898 may seem archaic, but they make for entertaining reading.

Tales from the Morgue: It's Cupid's fault there aren't enough teachers

There was a shortage of teachers in cities and towns in Pima County in 1937, but not in rural areas. The county superintendent placed the blam…

The 81-year-old senator "looks forward to returning to work as soon as possible," his staff told Arizona media outlets.

Tales from the Morgue: Fire visits the newsroom

The Arizona Daily Star was certainly no stranger to fire. As one might expect, a place filled with newspapers might be in danger from such a beast.