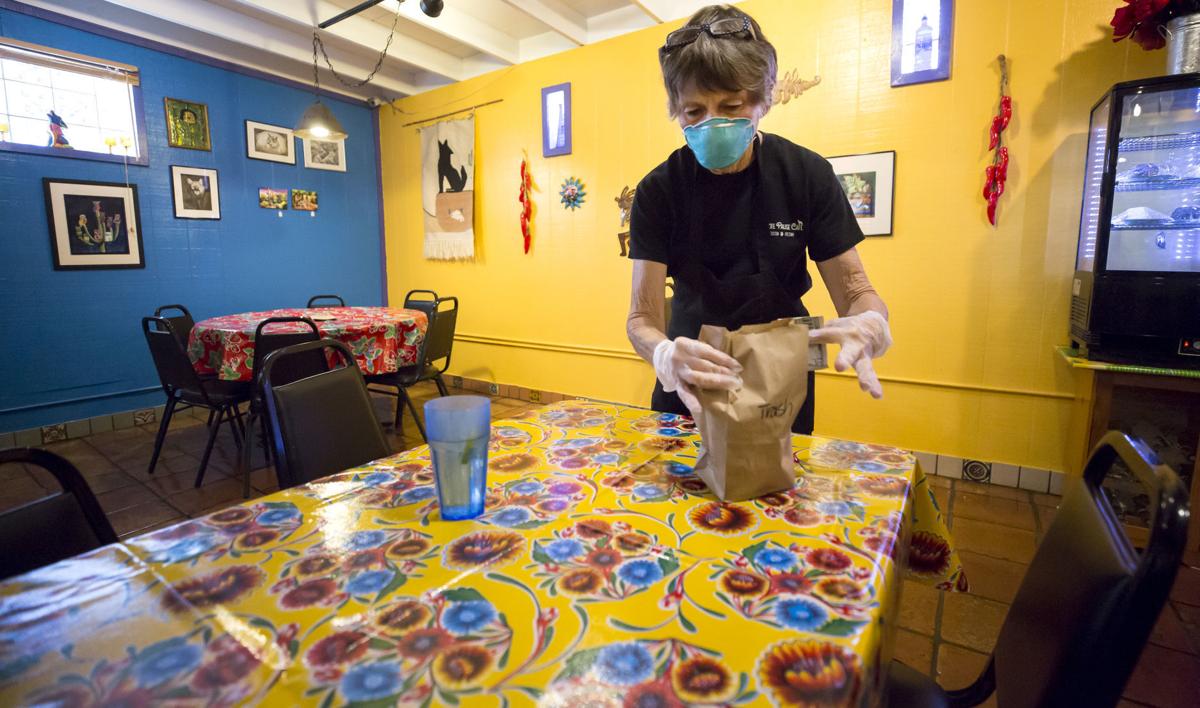 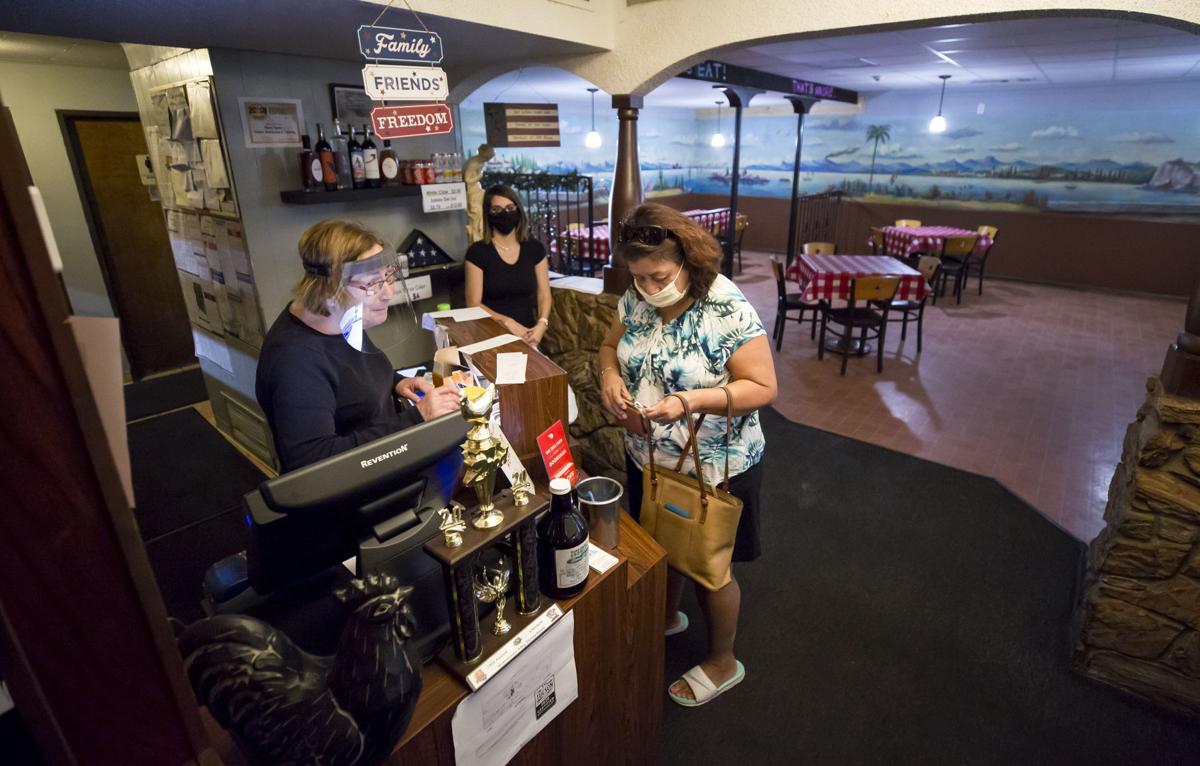 As many restaurants reopened to dine-in services, the Pima County Health Department issued a list of 17 protective measures Monday that they say facilities should adopt during the pandemic.

The measures are intended to protect food service employees and customers as much as possible. This includes taking precautions such as daily wellness and symptoms checks, frequent hand-washing and being equipped with cloth masks and gloves at all times.

Among other guidelines, the county is also recommending that facilities limit their indoor occupancy to 50% or lower, keep a minimum of 6 feet between tables and that dine-in services only be allowed if a party calls ahead first. These guidelines would also apply to bars when Arizona Gov. Doug Ducey decides to lift operating restrictions on those establishments.

“We understand the desire to get people back to work and lift some of these restrictions, but the pandemic is ongoing and the public needs to know the county and the restaurant industry are working cooperatively to keep people as safe as possible if they choose to dine on-premises,” said the county’s Chief Medical Officer Francisco Garcia.

“We are continuing to recommend that vulnerable individuals, including people over 65 and those who are medically compromised, continue to stay away from these venues, and that physical distancing continues everywhere in order to help prevent new infections.”

While the measures are being strongly recommended by the Health Department to reduce the chances of exposure to COVID-19, they are not requirements as of yet. The Pima County Board of Supervisors, however, will vote later this week on whether to make some of these measures required under the county’s health code. If adopted, 15 of the new measures would be enforceable by law for the duration of the pandemic.

“Whether we like it or not, there is a provision that basically says that we as a county, the cities and the towns have to follow along with the executive order of the governor,” said Supervisor Ramon Valadez. So, what we’re trying to do and what we’re discussing through this task force is how, within the boundaries of that structure, we’re able to move forward in the safest manner possible.”

The county’s directive came as a surprise for Pam Cathey and her staff at Coyote Pause Café.

But by midmorning Monday, several hours after they opened their dining room, Coyote Pause manager Deb Davis had added a line to the chalkboard out front that advised diners they needed a reservation.

“We’re not a reservations type of restaurant,” said Cathey, the general manager of the southwest side restaurant owned by Kerstin Block, who also owns Buffalo Exchange and two small bed and breakfasts lodges attached to the café.

Michael Elefante of Mama Louisa’s Italian restaurant said he’s been following the Pima County guidelines for the past few weeks, but hadn’t checked his email Monday morning and wasn’t aware of the recommendation on reservations.

His mother Suzanne stressed that the most important thing is to use common sense, and to do your best to keep customers and employees safe.

When it comes to health codes, the Pima County Health Department has authority over the municipalities in the area. However, other jurisdictions can choose to provide and enforce their own guidance, in addition to the county’s requirements.

In a Facebook post on Monday, Tucson Mayor Regina Romero announced her support of the county’s new measures and urged business owners and community members to adhere to the guidelines outlined by the Health Department.

“Today, Governor Ducey’s Executive Order allows restaurants and coffee shops to resume dine-in services with suggested physical distancing measures, “ she wrote. “I have expressed my disappointment with this decision as local data and guidance from the Pima County Health Department does not support us resuming our regular activities. I applaud all of the Arizona businesses that are staying strong and finding creative innovative measures to adhere to social distancing guidelines.”

In Oro Valley, officials said they are also working with business to ensure that both employees and customers are protected, even as state restrictions are lifted.

“Our focus at the town has been to encourage people to stay home and stay healthy, particularly our vulnerable populations,” said Oro Valley Mayor Joe Winfield. “With the reopening of retail, barber shops, salons and dine-in restaurants, we continue to strongly urge the public and businesses to heed physical distancing and personal hygiene guidelines. These actions are important so we don’t lose the ground we have gained.”

During a Pima County Back to Business Steering Committee meeting Monday, Trish Muir, chair of the Pima Area Labor Federation, said she was most concerned about the safety of employees and the ability of the county to really enforce the guidelines.

“We have some real concerns about worker safety. We do want people to get back to work. It’s important that we have a strong economy. I think we all agree on that,” she said. “My hope is that we see good implementation, that we see employers being responsible and that workers have the protections they need.”

If the amendment to the county’s health code is passed, health inspectors will inspect all food service establishments in the county for compliance with the measures. Businesses that adhere to all 15 of the minimum standards will be given a badge and poster they can post at the entrances to their establishments and use online that notifies the public the restaurant is following the county’s protective measures. Two of the measures — having touchless payment systems and requiring all food handlers to have a national safety certification — will only be recommended, not required.

For those who do not comply, civil penalties will be issued like any other health code violation, according to Garcia. The county will decide exactly what these penalties will entail once the proclamation is adopted. In addition to restaurants and bars, the county has also created a set of similar guidelines for fitness centers, pools, resorts and other area attractions. According to County Administrator Chuck Huckelberry, the task force will reconvene in 30 days to discuss whether the measures are working and whether they need to be modified as the situation evolves.

Now that Arizona has lifted the ban on dining rooms, Tucson restaurants are making the tough decision whether to open their doors or to continue only doing takeout.

The number of confirmed coronavirus cases across Arizona is 11,736, the Arizona Department of Health Services said.

The protective measures passed by the Pima County Board of Supervisors Wednesday are intended to protect employees and customers as the state lifts restrictions related to the coronavirus.

Legislation would make it harder for someone who contracts COVID-19 to sue a business where they believe they were infected or a company that made a device that did not provide promised protection from the virus.

The Pima County Board of Supervisors postponed a vote to amend a set of temporary health code regulations that have sparked controversy throughout the county and state.

Fire N' Smoke and Danny's Baboquivari Lounge say the rise in confirmed coronavirus cases poses a threat to their customers and employees.